Supra GTS – Sometimes I get to drive a car that is designed purely for fun and the Toyota Supra GTS is just such a car. 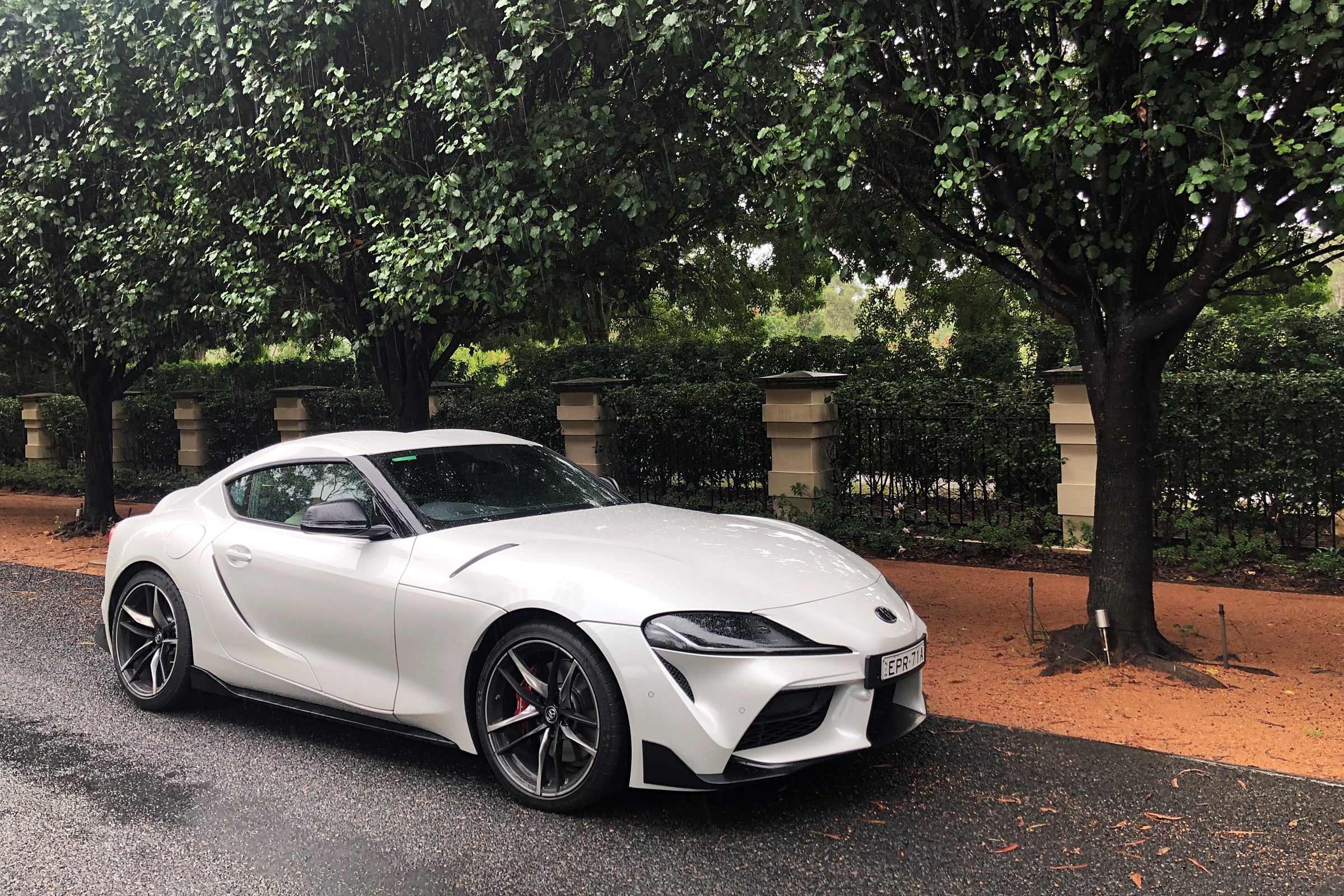 It has looks that some like and some not so much. I happen to think it has a strong sports appeal. It certainly attracted attention wherever we went

The Supra shares many details with the BMW Z4 and the inline six cylinder engine is a gem. It brings some 285kW and 500Nm from a low 1800rpm and drives the rear wheels through an 8 speed sports automatic transmission. 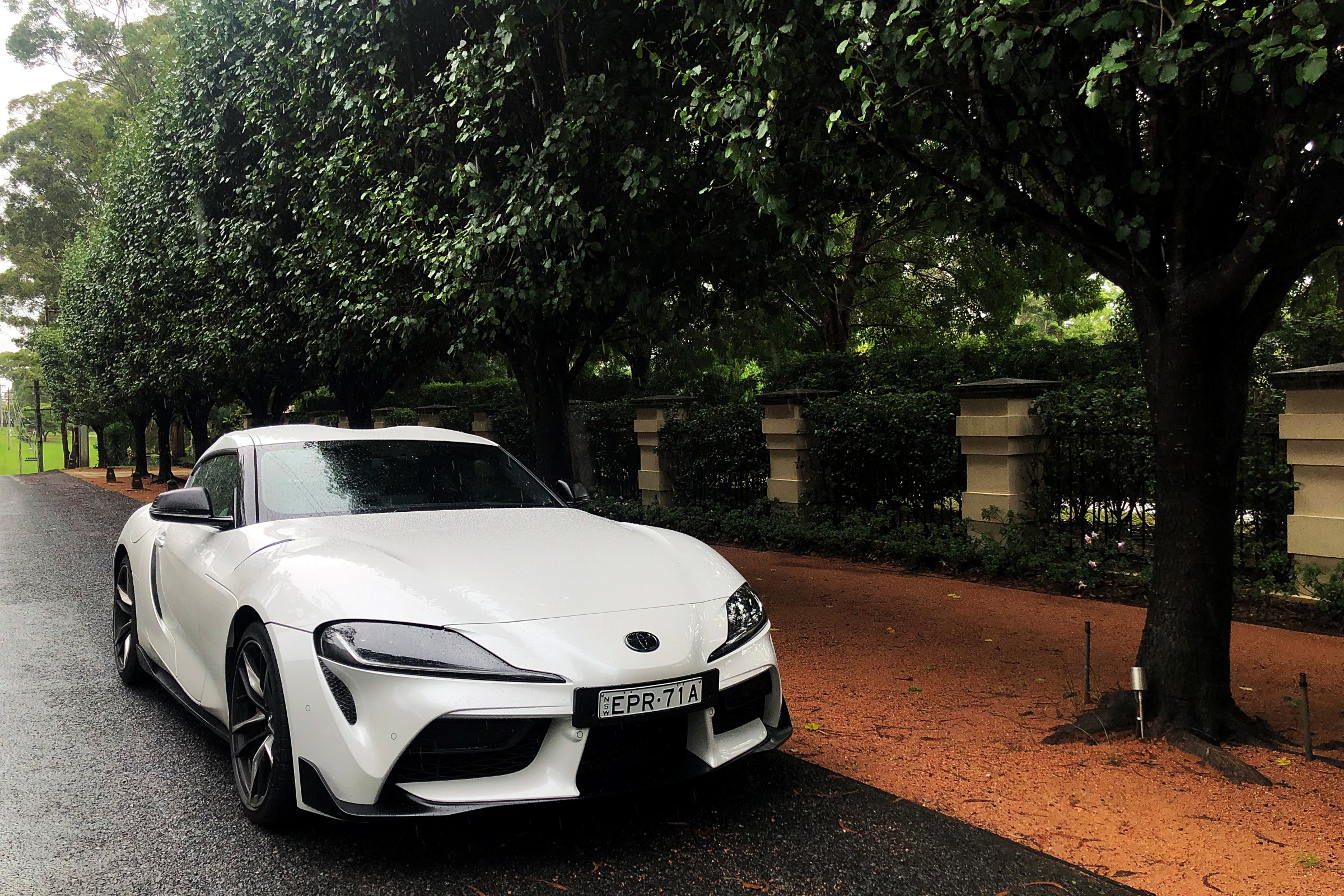 However it will also potter around without fuss, ready for whatever you ask of it.

TO LISTEN TO THE SUPRA RADIO REVIEW CLICK BELOW 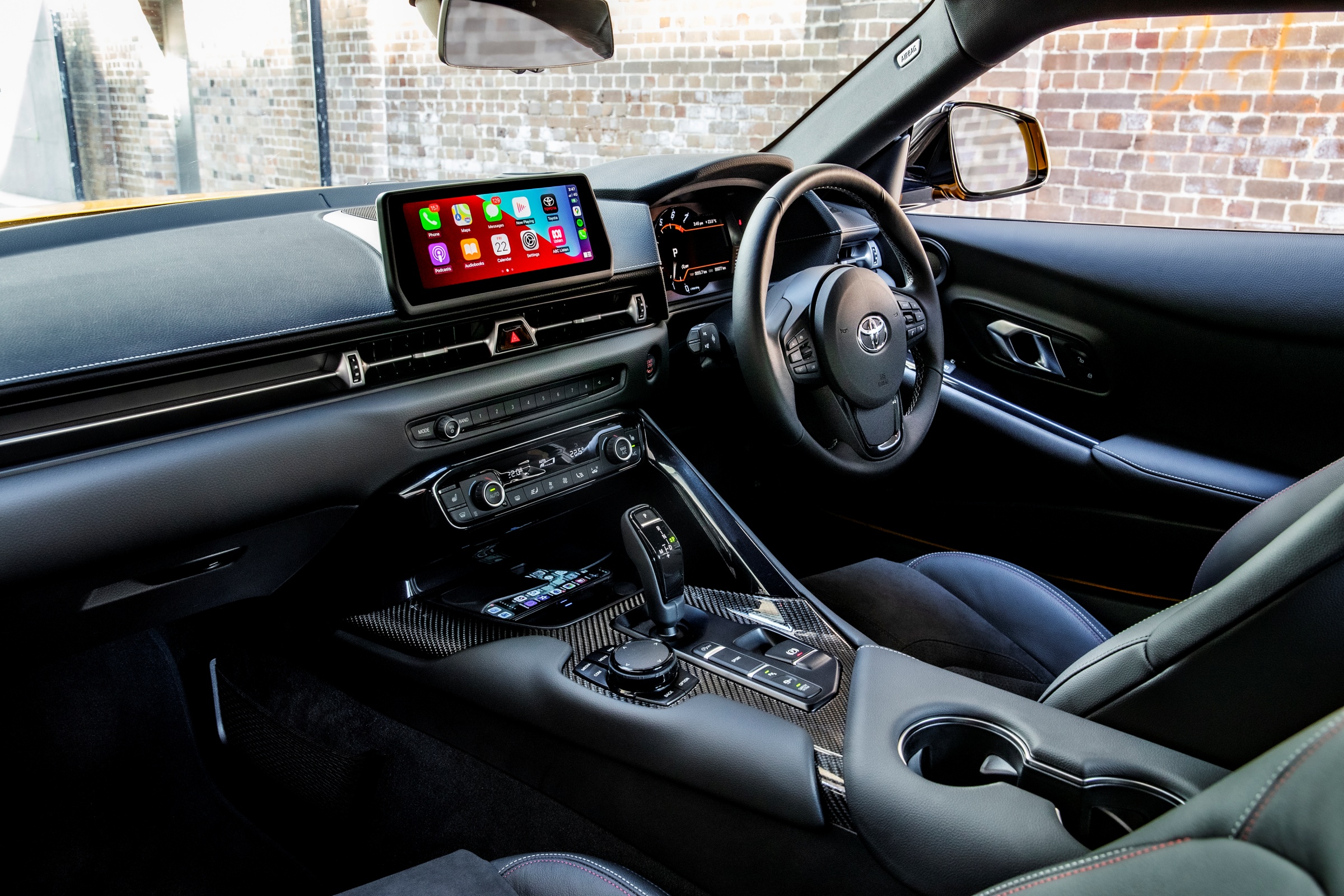 Supra has two comfortable seats, well laid out driver instruments and a singular focus on performance. If you are taller or of a bigger build then forget it.

Boot space is tight and soft bags are the go so they can be squeezed in.

Supra is not for everyday driving, it’s too tight inside and harsh in the suspension, yet head for the tight twisty road and delight in its exhaust note as you experience the pure joy of a true sports coupe.

Priced from a bit over $97,000 plus the usual costs its actually a stunning bargain 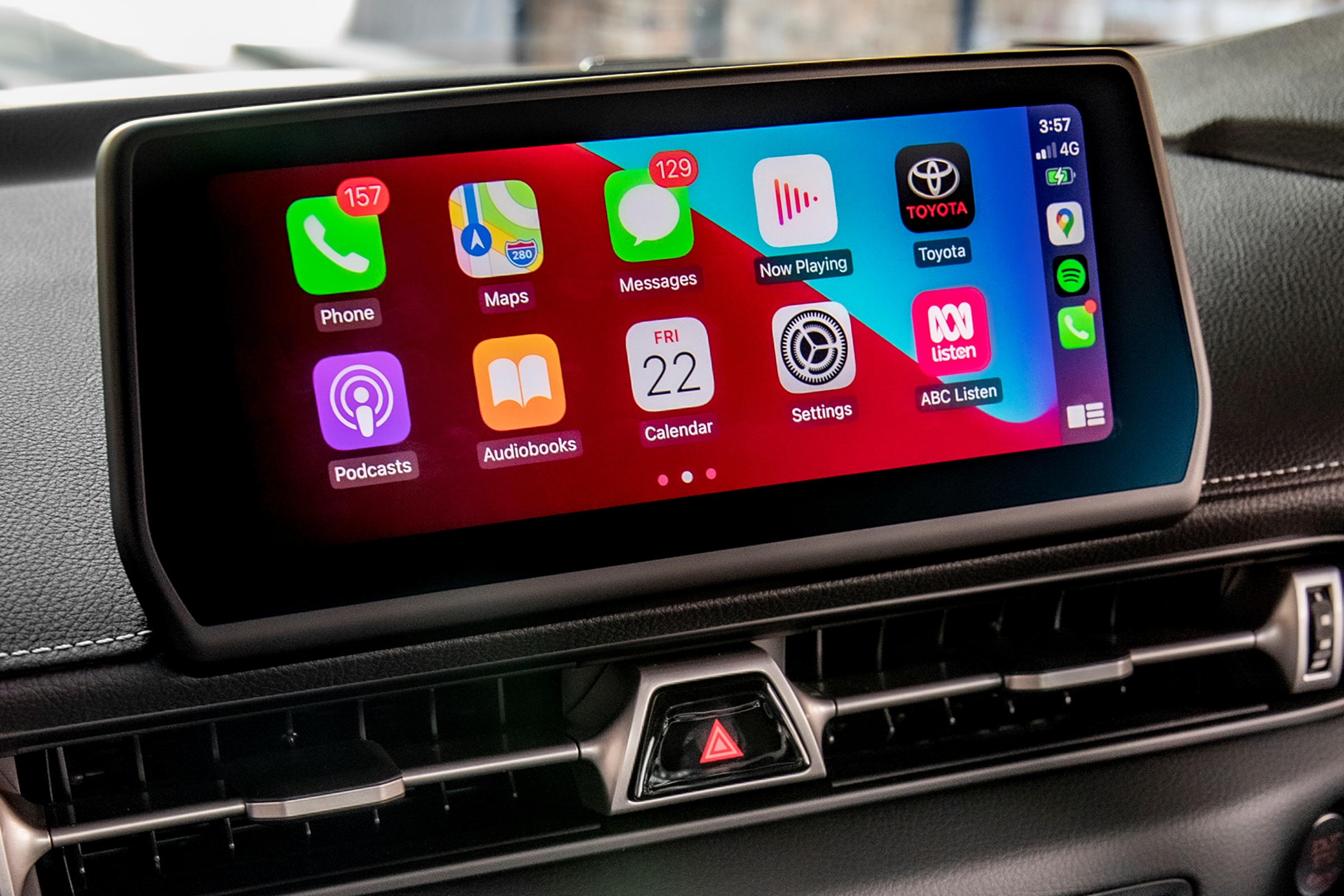 Some other Supra Reviews 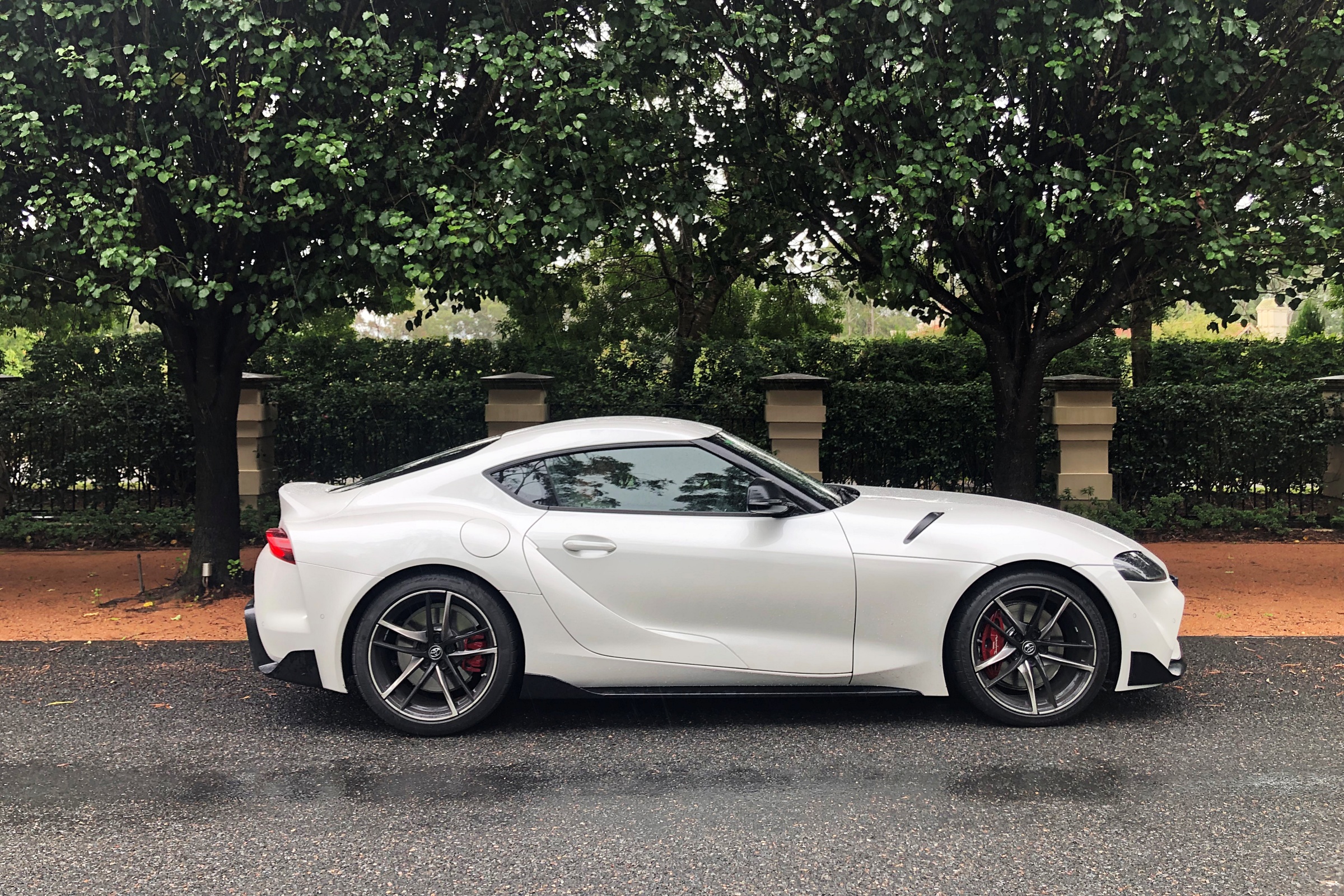 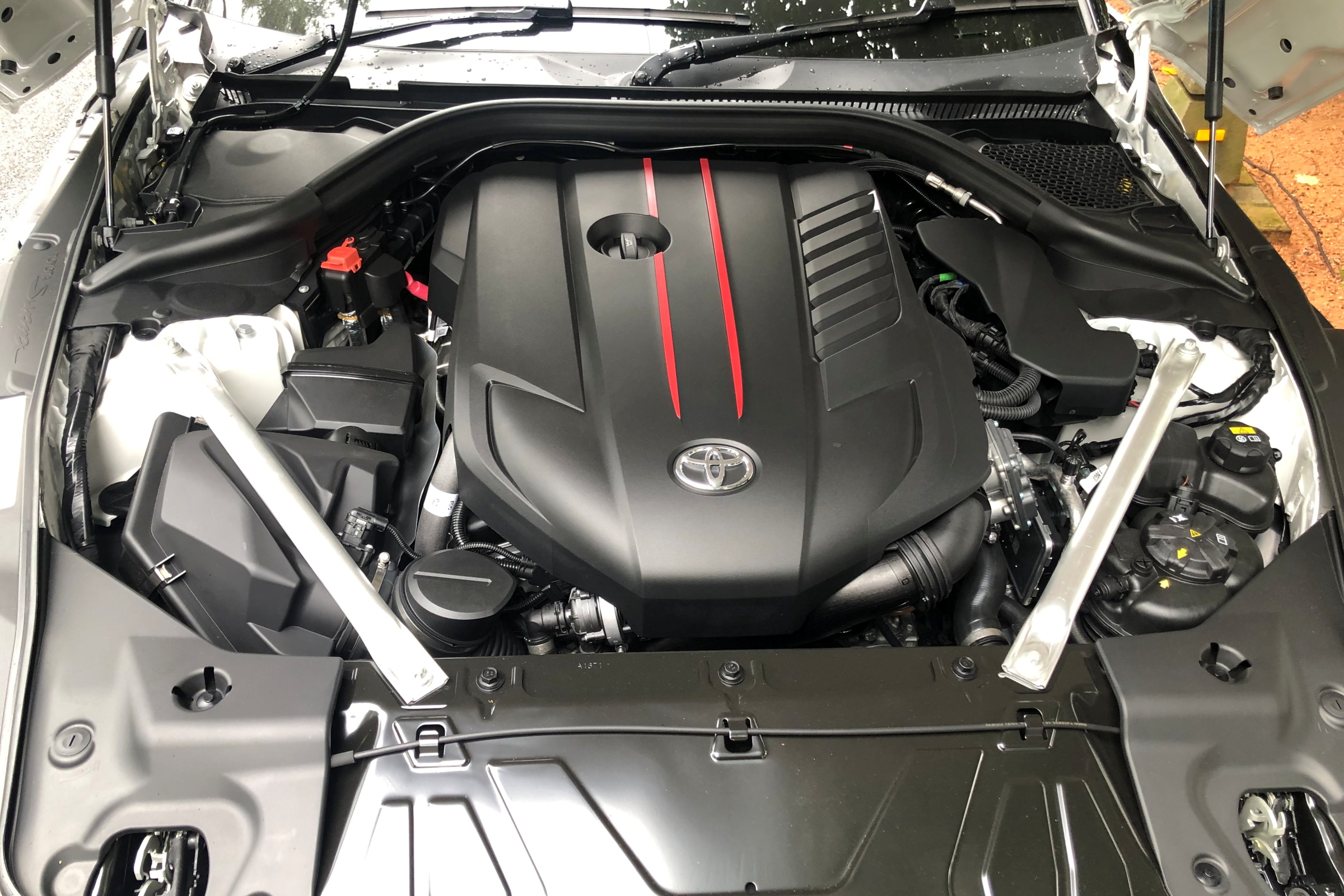 *MLP Includes GST and LCT but excluding statutory charges, dealer costs and dealer delivery. See your dealer for RDAP. Does not include price of options. Some features mentioned in the article are options. RDAP means Recommended Drive Away Price (without options but including all other charges). 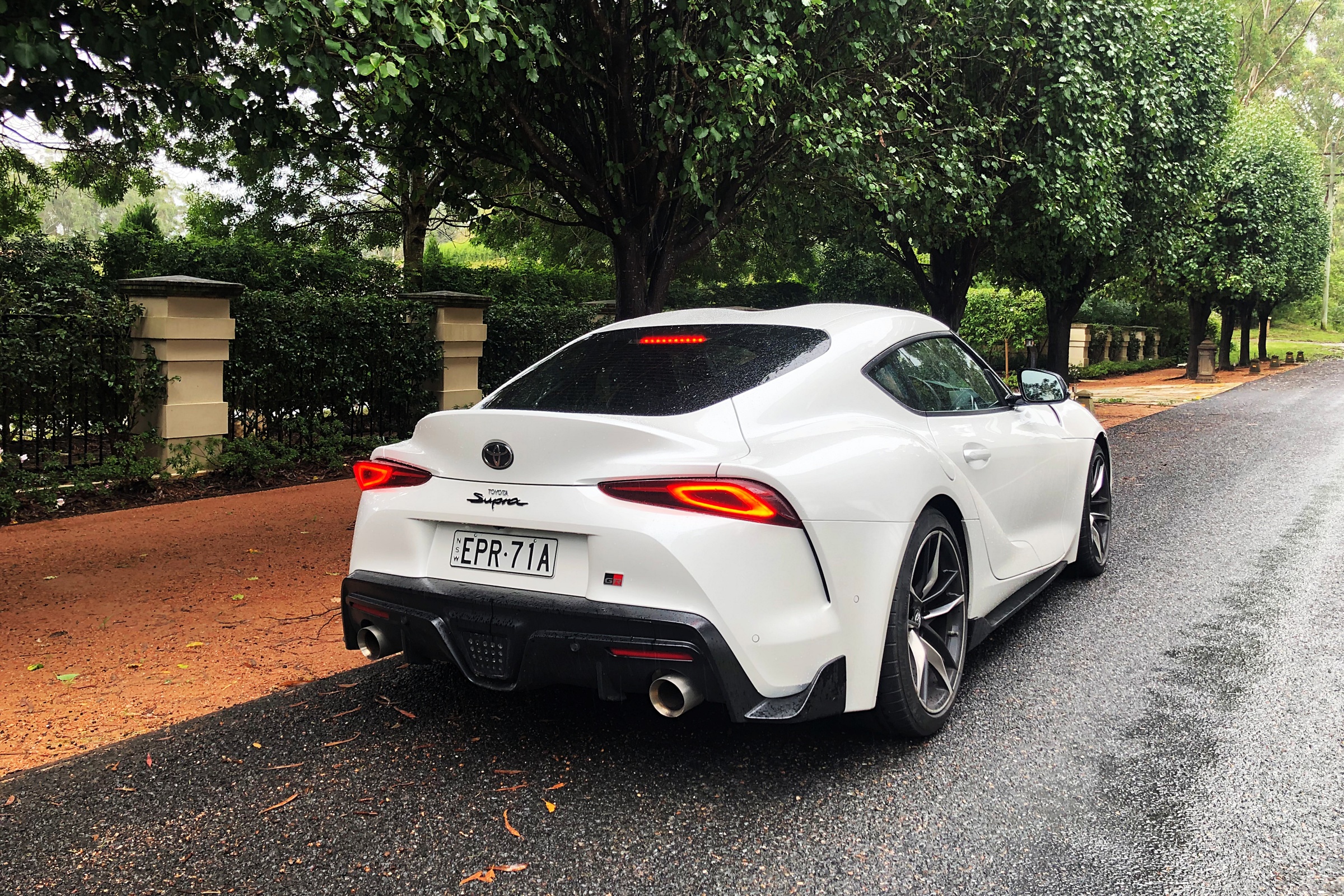 Our Motoring Minute has an average daily audience of over 150,000 listeners. That’s over 750,000 listeners a week and are also syndicated through various news sites around Australia. 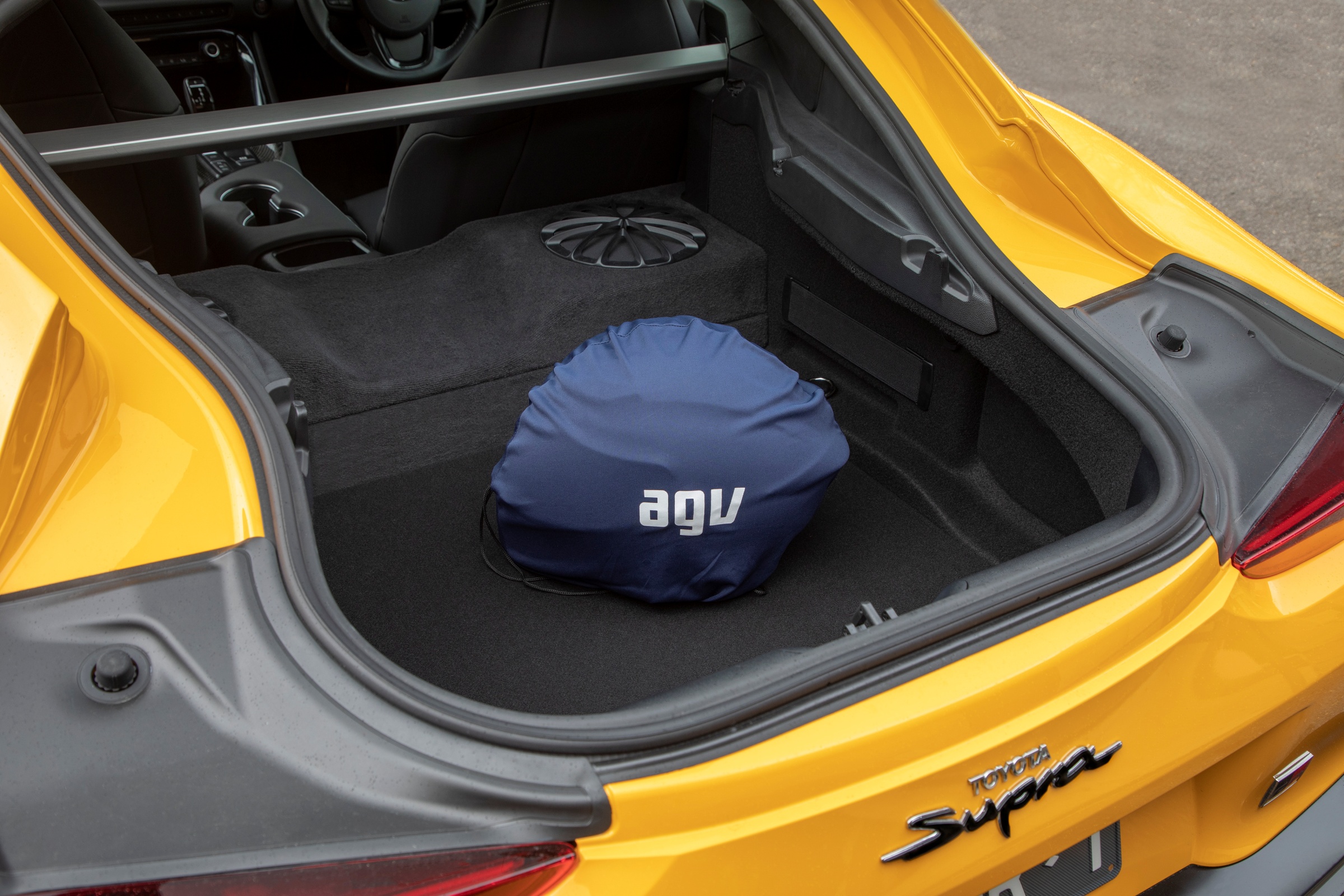 Supra GTS – Sometimes I get to drive a car that is designed purely for fun and the Toyota Supra GTS is just such a car.

It has looks that some like and some not so much. I happen to think it has a strong sports appeal. It certainly attracted attention wherever we went.

Priced from a bit over $97,000 plus the usual costs its actually a stunning bargain

About Brianna Fraser 37 Articles
Brianna has been driving a different car every week since she got her learners permit. Now writing and doing videos for us she is also qualified in the Hospitality, Beauty and Child Care industries but still finds time to be our resident gourmet chef. She provides the most magnificent meals when the mood takes her. Her camp oven damper made at Ute weekends and camping trips has to be tasted to be believed. In addition to that, she has a particular affinity with off road driving and has been driving since she was 9 years on the same farm as Rob learned to drive on. Unusually for one so young she is exceptionally competent with off road driving, keeping up with drivers that many more years experience. Brianna is currently compiling her own bush cook book along with her other business interests.

Toyota upgraded their mid-sized Fortuner late in 2020 with a more powerful engine and other modifications. [Read More]

Toyota Yaris GR Four – A carmaker the size of Toyota has access to an untold variety of parts, some of which are pretty hard core high performance components. Think Lexus RC-F for instance. [Read More]