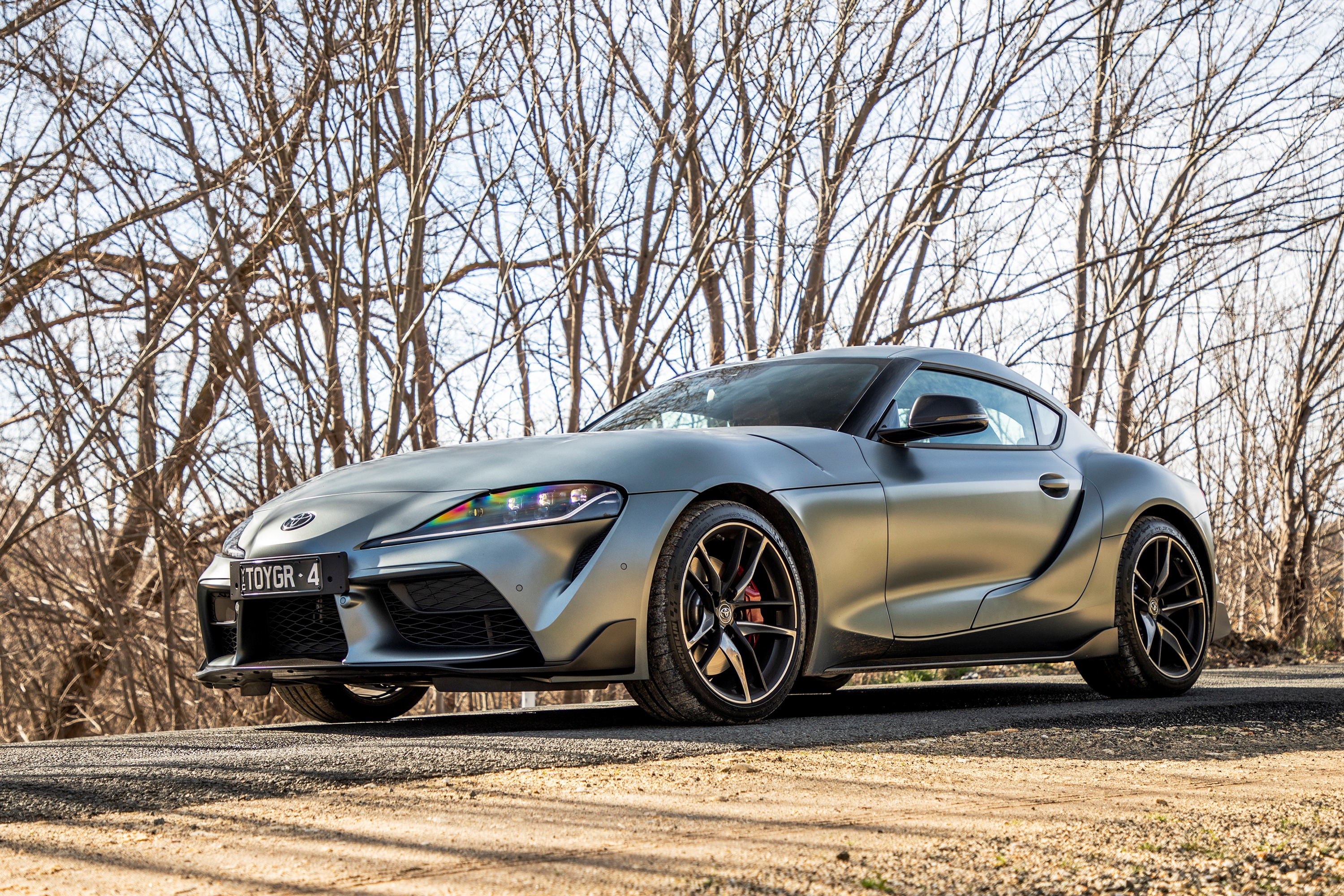 We set out to test the versatility of Toyota’s new flagship sports car, the all new Supra. They made a “halo” sports car, and by extension a true GT car.. Supra started with a modified Celica back in the late 70’s

They were able to come up with a fast, reasonably priced alternative to expensive super cars..

Although the front and rear are bespoke to each brand, they are more or less the same car.

Supra has a fixed roof, and Z4 is a convertible. They share the 3.0 twin-scroll turbo engine, but Z4 also lesser powered 4 cylinder models. While that might work for BMW, the Supra nameplate is worthy of more grunt..

The prices I mention in the video include on-road costs.

The prices seem somewhat astounding considering Supra is made in Graz, Austria, on the same assembly line as Z4. 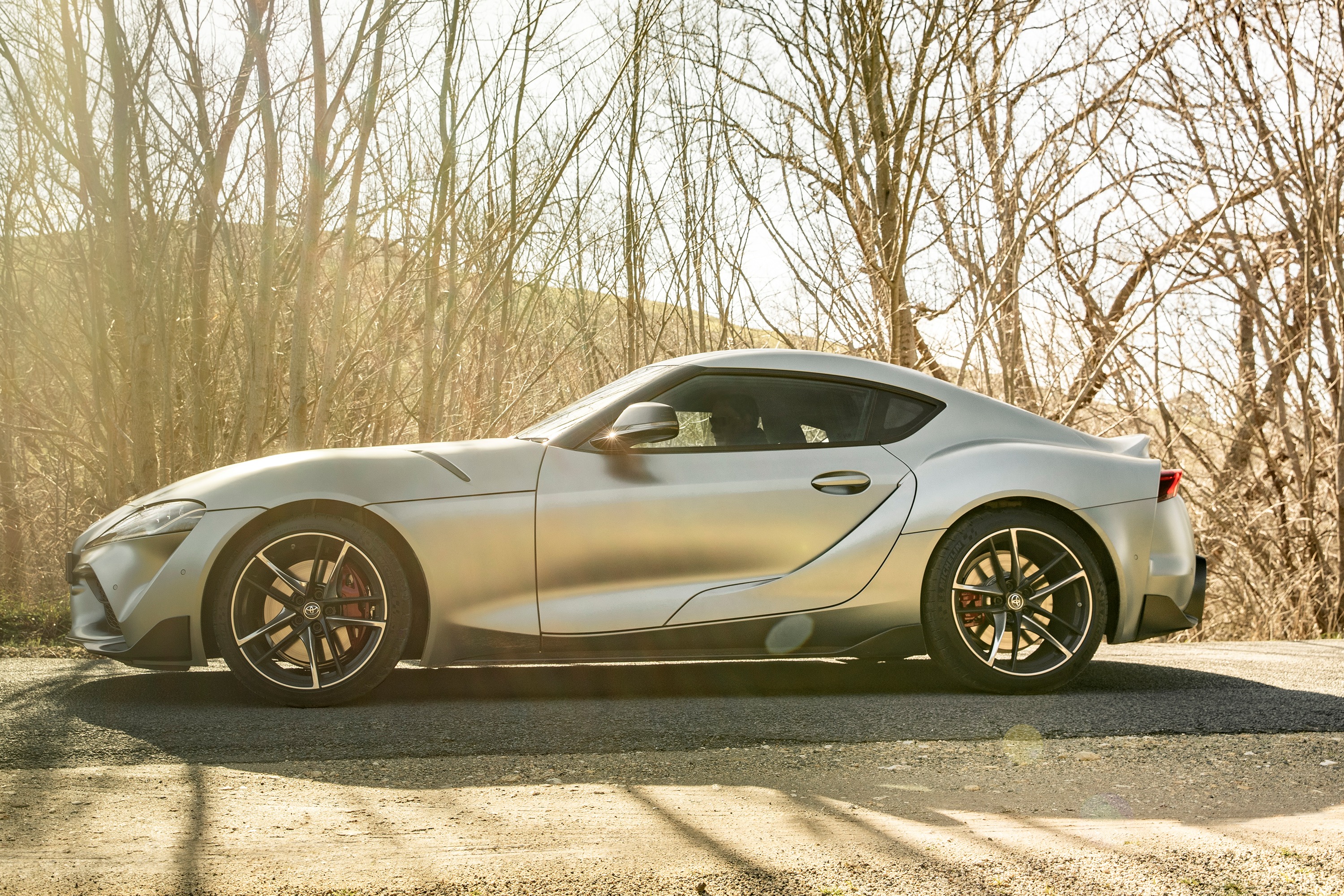 The BMW Beemer has a nicer cabin, and a newer infotainment system.

Z4 has a wider screen, and CarPlay. As it is, Supra manages just fine. Toyota promised me CarPlay is on the way, but stopped short of an expected delivery date. Will Supra follow the BMW subscription—wireless-CarPlay model?

Supra is deeply sculptured with wide low wheel arches housing 275/40 ZR18 99Y tyres on the base model, with 19 inchers on the top model. Front tyres are slightly narrower.

Smart LED lights all round give great effect. They ‘re dusk sensing, and monitor surroundings. Cells turn on and off to light the road and footpath without blinding other morotists..

There is a hatch for the 296L boot, but it has no external unlocking. You need the key fob button, or button on driver’s door, for entry entry. Like most hatches, you can throw things over your shoulder as it is connected through to the passenger section.

A double-pull of the bonnet release in the driver’s footwell opens the bonnet. In and around the engine bay, you’ll notice no end of BMW stickers.

Some don’t care for the looks. Those peeps probably haven’t driven Supra, nor could they afford one. 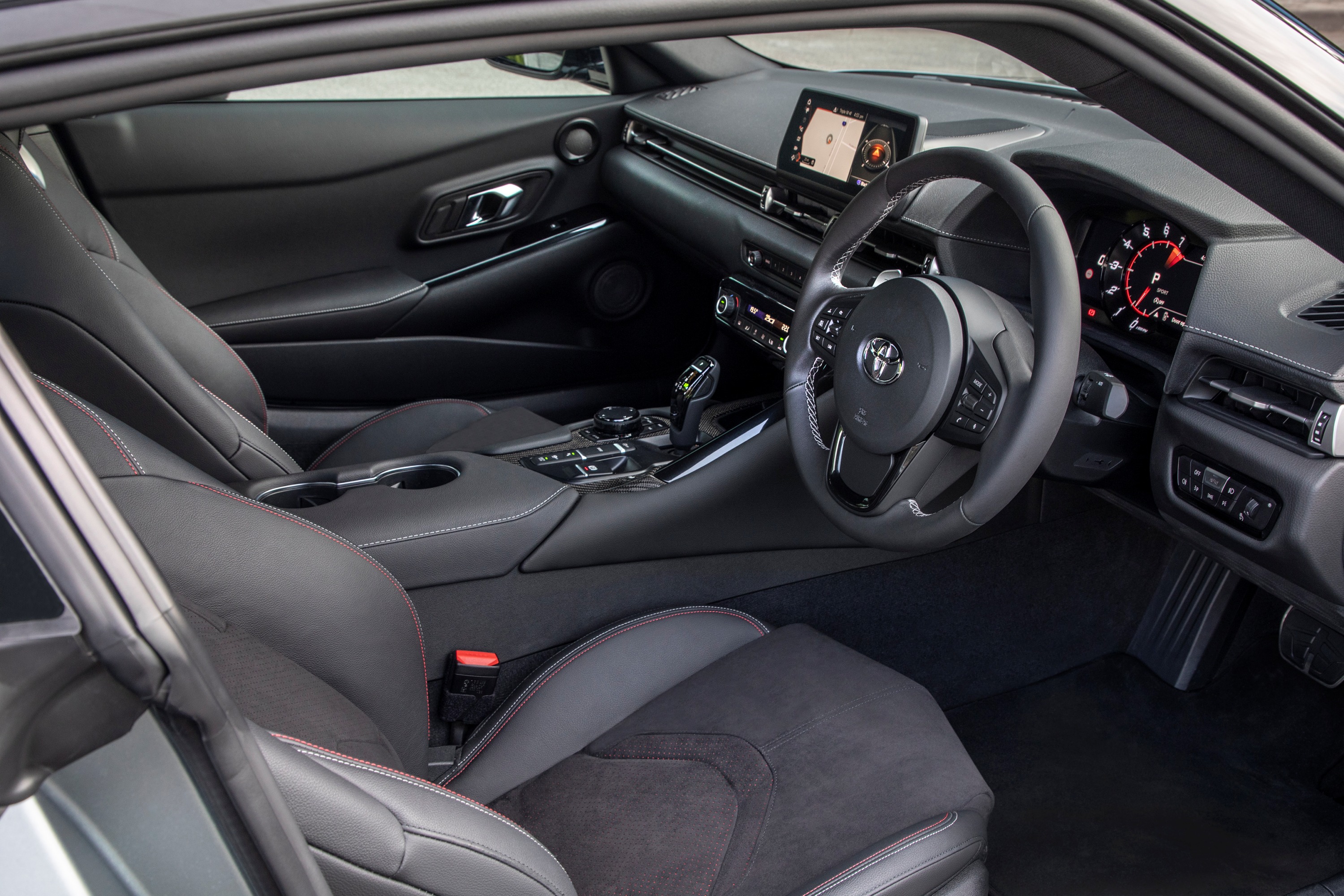 Yes, it is a very nice place to be.

Supra is 1,292mm tall, so getting in requires effort. Once in the drver’s pew, you’ll have power adjustment, including bolster and lumbar, to get it just right.

Only the GTS has an HUD. I’d expect an on-road price near 100 grand to include that for free. GR makes do with a fill LCD driver’s instrument cluster.

There no manual. All Supras have an 8-speed ZF automatic, which is as sweet as a nut.

The centre console is padded, and trimmed with carbon fibre. T Z4’s centre bin is replaced with a couple of cup holders for Supra. Shorter cup are best with the high console position. 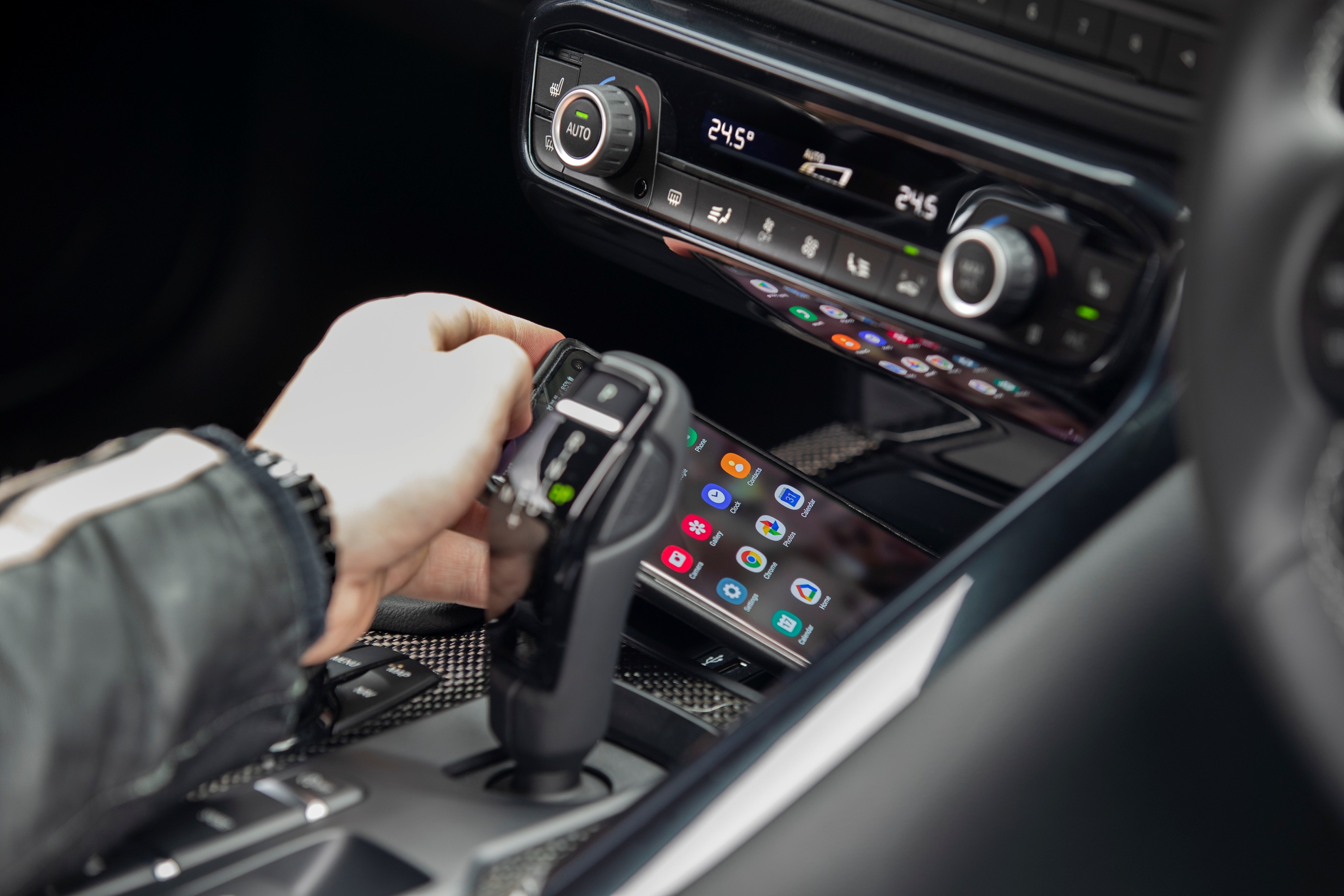 GTS gets nicer speakers, but the GR still sounds most excellent.

The boot has a large bulkhead behind the seats. It houses bits of suspension, and a couple of subwoofers. It somewhat limits space, but you’ll still do ok on a weekend away.

A tablet screen on top of the dash has a row of touch sensitive direct access buttons underneath.. You can memorise almost any vehicle function you want, be it radio stations or navigation functions, to name a few.. 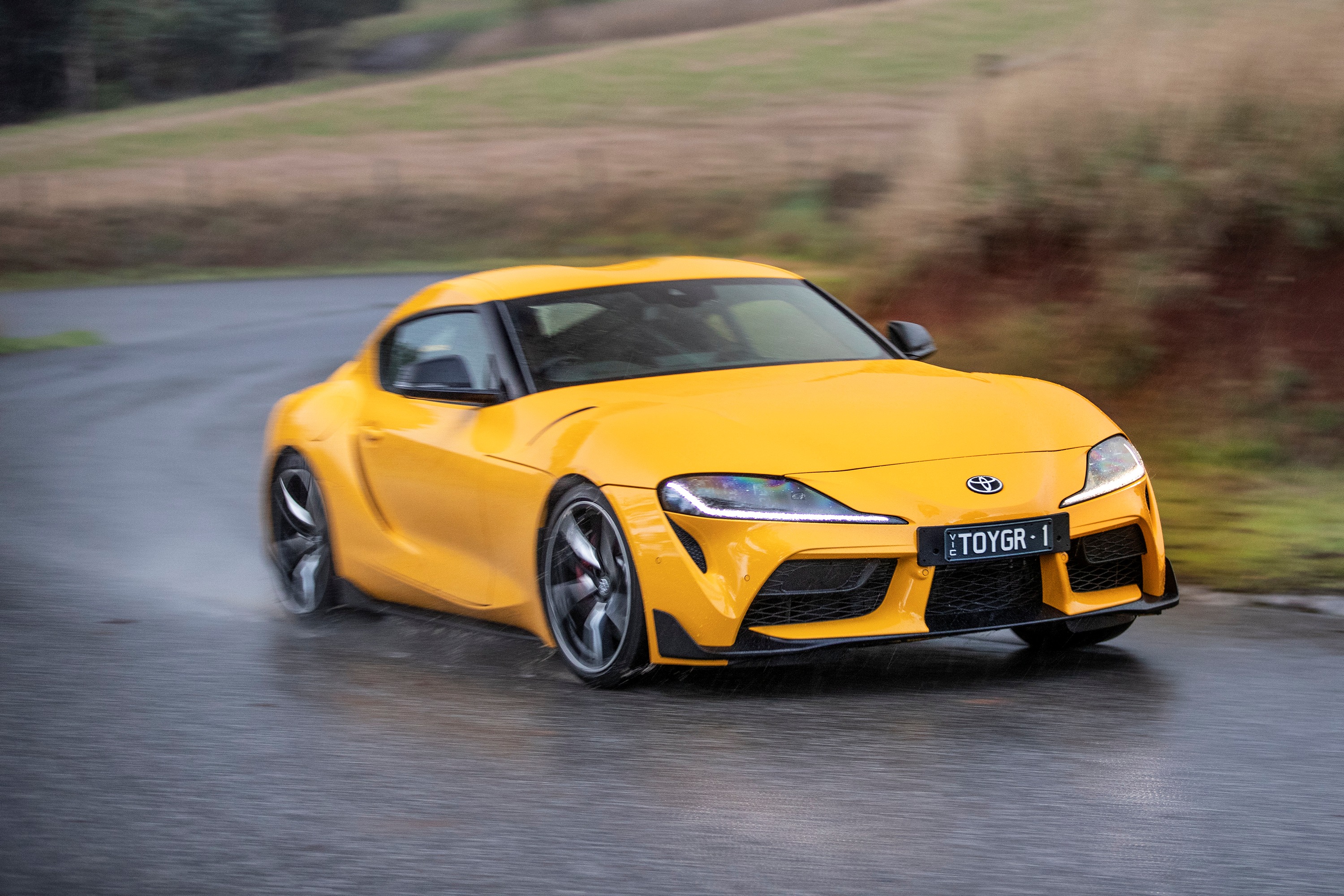 In a word, stunning.

Steering is sharp and brakes super efficient. Sophisticated double-strut MacPhersons at the front, and multi-links in the back, keep Supra flat and stable regardless of driver skill or enthusiasm. It is very forgiving, while keeping the ride fairly smooth.

A press of the starter button, brings the raspy straight 6 in to life. Once the selector moves to drive, the electric brake is released.

You change directions fast, with that urgent bark from the engine cackling madly between shifts. You can make it sound even angrier by suddenly backing off the gas. Supra is one of the few cars where you’ll be bothered using the steering wheel paddles

With windows down but the buffeting was alarming.

Is Supra OK in town?

City driving is tough, no matter who you are.

Visibility is not too bad, and Supra’s sensors and reversing camera make parking easier than you might think.

I expected a lot, and Supra delivered.

I’ve no doubt Z4 is great, but Supra is better.

On the road, the GR is still 92 grand, way more than most people will ever spend on wheels. Supra isn’t aimed at “most people”. It’s intended for someone treating themselves as a reward for a life well lived.

We’ve been on the receiving end of many adores, and much mad waving. People took pics, and loud comments could be heard during the endless dreariness of the traffic-light-tango.

Supra was brilliant in every way. The odd foible only made it better.

On the road, the GR is still 92 grand, way more than most people will ever spend on wheels. Supra isn’t aimed at “most people”. It’s intended for someone treating themselves as a reward for a life well lived.

We’ve been on the receiving end of many adores, and much mad waving. People took pics, and loud comments could be heard during the endless dreariness of the traffic-light-tango.

Supra was brilliant in every way. The odd foible only made it better.

About Alan Zurvas 94 Articles
Alan’s interest in cars began in his early teens and has been a member of several car clubs having owned a number of classic cars himself. He has a background in the corporate sector and has reviewed everything from restaurants to theatre and accommodation before settling on motoring. Alan is the founder of Gay Car Boys and is a contributor to AnyAuto
Website

MINI John Cooper Works. The exceptional standing of the new MINI John Cooper Works is due to the most powerful engine ever installed in one of the brand’s serial production models, suspension technology refined with racing expertise and model-specific design features [Read More]

The Lexus coupe range has developed a reputation for being sporty but sensible and practical for everyday living, and the RCF and RC350 do not disappoint. The beauty with Lexus is you get all the bells and whistles and luxury trimmings without the hefty price tag [Read More]

Peugeot has a long history in Australia.  Amongst their models sits the small medium size hatch the 308. They upgraded the GT version in July last year [Read More]