Hello and welcome to Overdrive a program that panders to the world of cars and transport. I’m David Brown. Overdrive: Aussie Hyundai IONIQ5; Two SUVs – one is twice the cost of the other; New Toyota Kluger

The Australian launch of the IONIQ 5 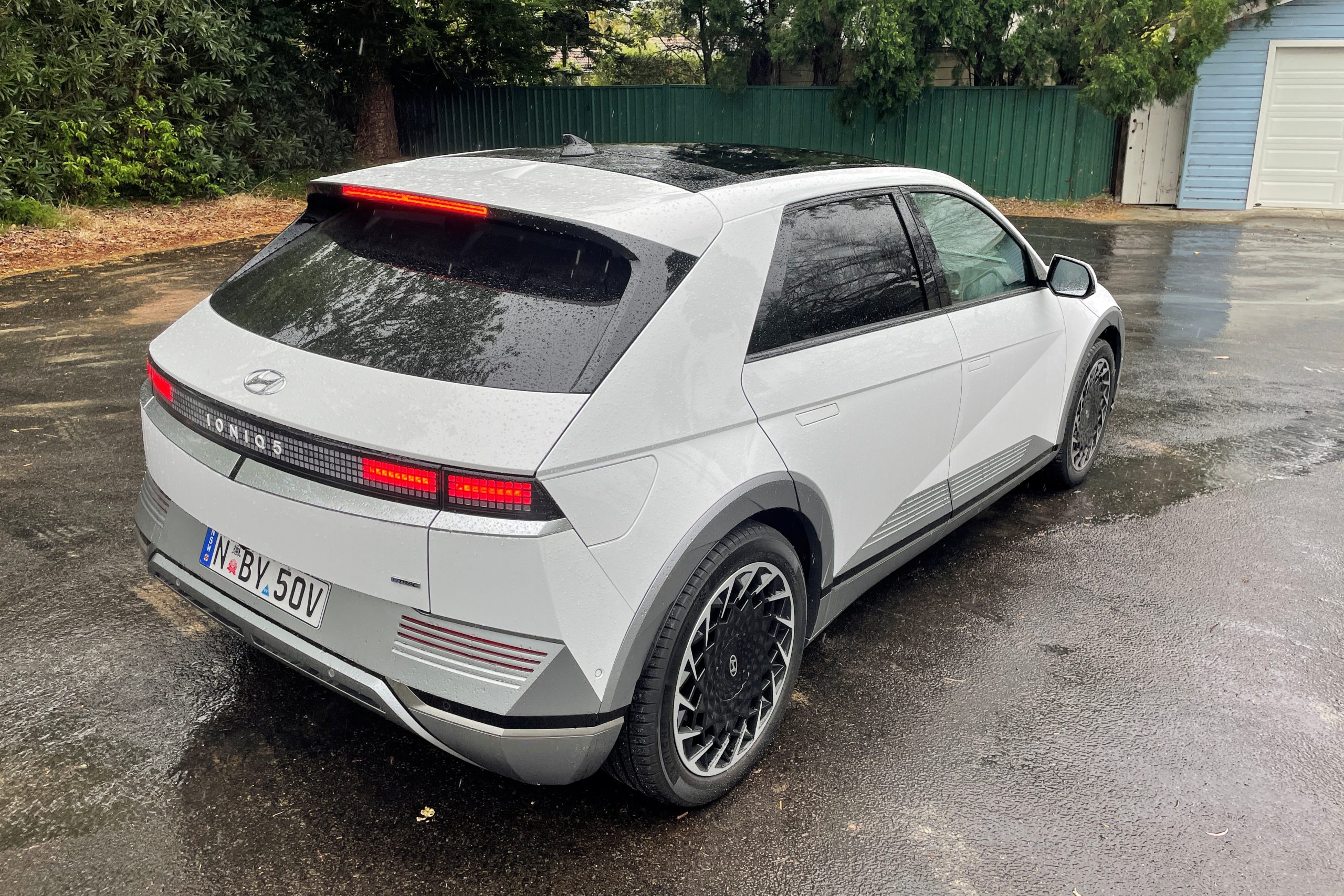 Hyundai’s IONIQ 5 electric vehicle is about to go on sale in Australia with its different style, fast charging, large power, pretty good range, and a high price.

There’s a two-wheel drive version with one electric motor at the rear and driving the rear wheels 160kW, its priced at $71,900 plus on roads.

Both come with a 72.6 kWh battery, bigger than the Hyundai Kona, but results in a slightly smaller range of 430-450 km.

To start with it will only be sold on-line, firstly to the 120 who have put down a deposit, then to those who are keen from the 11,000 who submitted an expression of interest, then to the general public.

All-new Kluger – hybrid petrol is better than a diesel 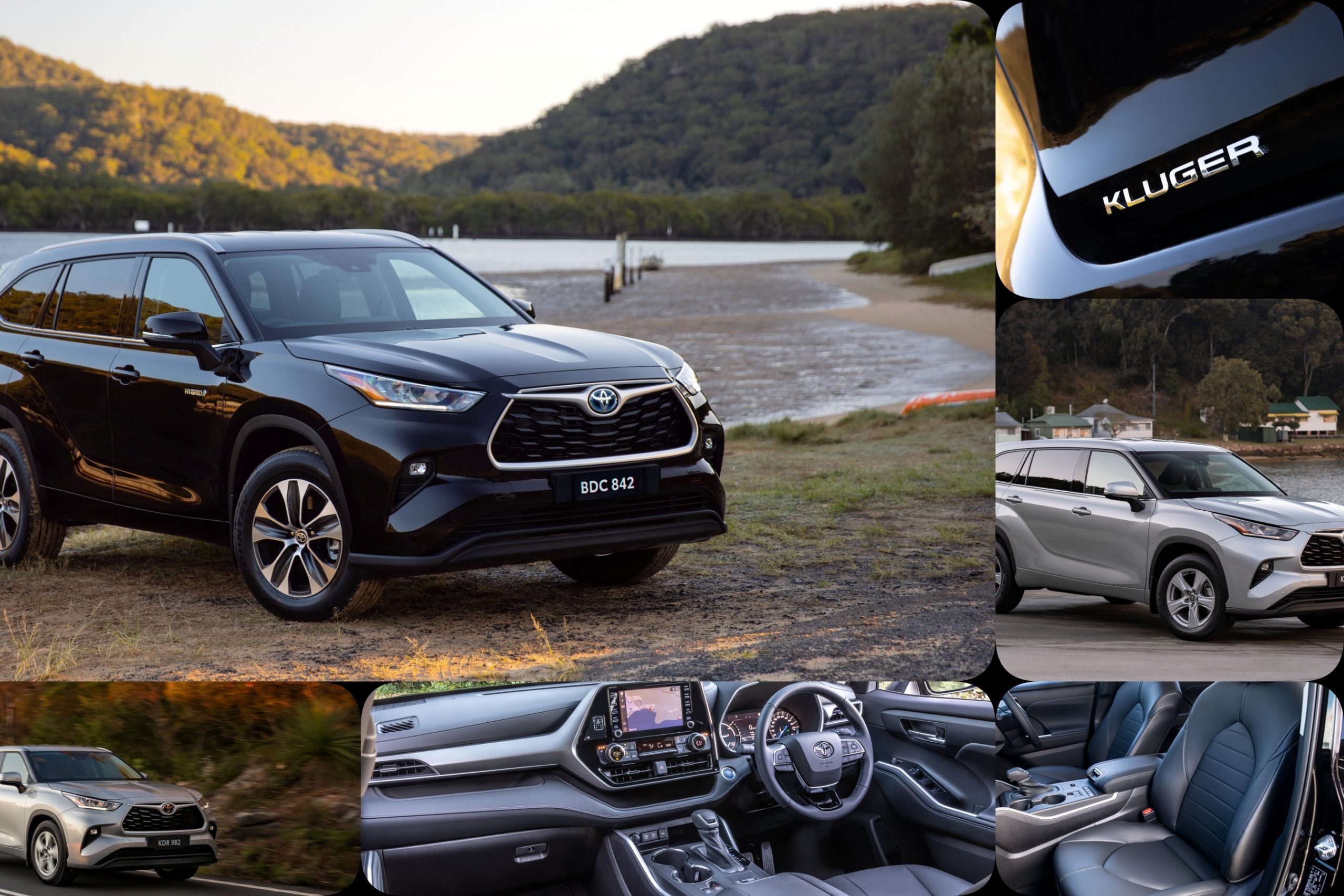 Toyota has launched an all-new Kluger, large SUV in Australia – it is the fourth generation of this seven-seater.

Toyota’s two other models in this category, the bestselling Prado and the Fortuner are known for their off-road capabilities but the Kluger is clearly aimed as a comfortable vehicle for the family.

The power train options are petrol based as Alan Zurvas from gaycarboys.com notes

You’ve got a diesel in product engine Fortuna. They don’t drive like this car. They drive like SUVs. So in this car, they’ve got around that lack of diesel, which was a criticism of previous generations, but giving it a hybrid, which I think is an even better option to a diesel because diesels have become less popular.

The hybrid powertrain is a four cylinder 2.5 litre petrol engine and an electric motor with a combined power output of 184kW.

Picking between two cars where one costs twice as much

The Isuzu MUX is now second in new car sales in the large SUV segment. It is a very credible vehicle starting at around $48,000 plus on road costs.

Also in this class, is the Land Rover Discovery which starts at over twice the price. Rob Fraser from ozroamer.com.au helps put that in perspective.

The discovery will allow you to go places a little bit easier and you might go places that you may not be able to go in in the in. Although, as I said, the MUX now has revised suspension settings and also the Rear diff lock. So there’s not a lot of places he won’t go. And I think the thing. As much as I love the discovery, it’s a beautiful car to drive in. I came up the other day and as I was driving past the entrance to the beach, I just decided I’d turn right and heading to the beach for a bit of a drive and didn’t even think twice about it and the way we went. But you can buy a Isuzu MUX and a caravan for the same price you pay for the Land Rover discovery. So it really is horses for courses. What do you want?

The service will enable Walmart customers to place orders of groceries and other popular items online for door-to-door autonomous delivery to their homes.

The commercial service will be available to Walmart customers within defined service areas of the three markets but this will expand over time, with initial integration testing slated to begin later this year. As consumer expectations continue to shift to next-day or same-day delivery — especially in the urban core where there is a higher concentration of deliveries — this is another step in how autonomous technology can change customer experiences, while also optimising freight logistics and operations.

Argo and Ford are aggressively preparing for large-scale autonomous vehicle operations across a broad footprint of U.S. cities. 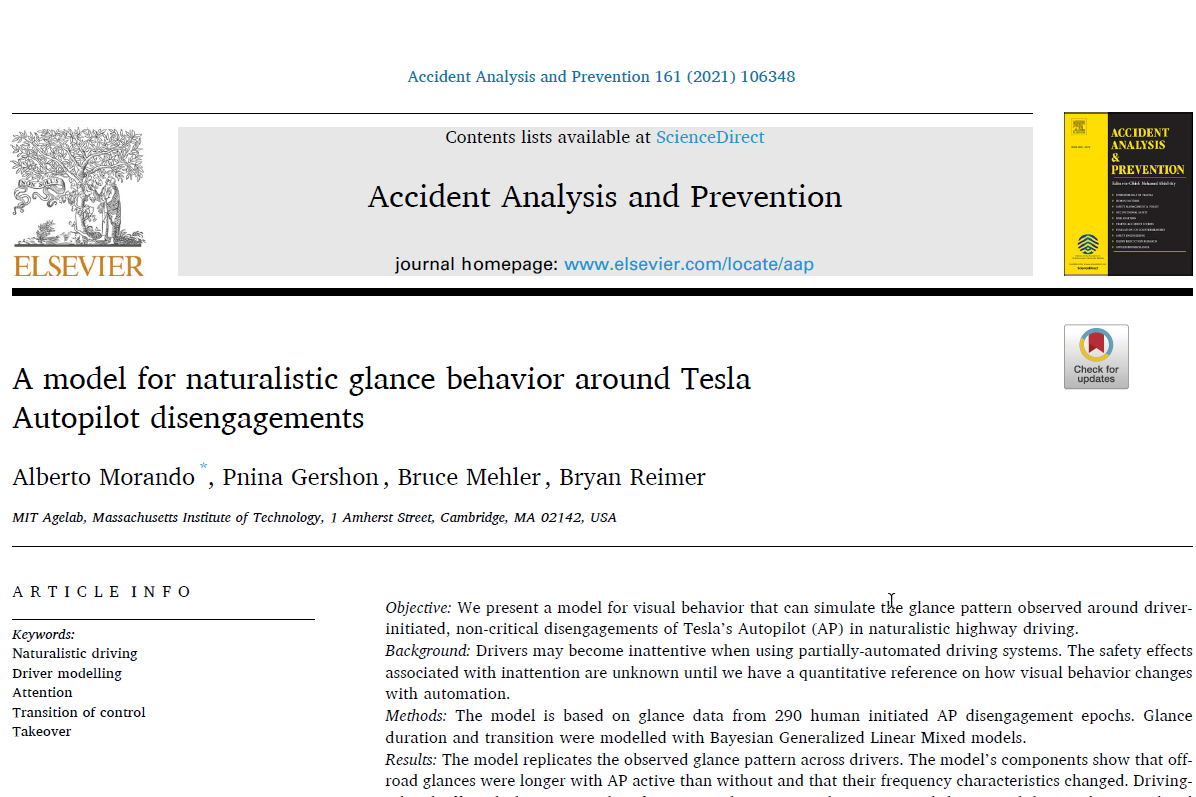 Based on some real data, MIT has developed a model that looks at how drivers may become inattentive when using Tesla’s Autopilot system.

They found, not surprisingly, that driving-related off-road glances (perhaps checking for peripheral hazards, checking your speed etc) were less frequent; while non-driving related glances, were the most frequent and the longest (22% of the glances exceeded 2s).

There is evidence that some driver aids can be helpful – adaptive cruise control has reduced some tailgating.

If drivers are inattentive or have incorrect expectations about system performance, the response to safety relevant situations deteriorates.

They suggest one way to potentially improve drivers’ engagement is with a driver attention management system that can provide feedback to the driver or adapt the way the system reacts in real-time.

Like our approach to many transport developments, Tesla’s system is driven by what has been technically possible. We need to look at how people use it rather than how we define how it should be used

Which SUV – one good; one very good (at twice the price)

Originally broadcast 25 September 2021 across Community Broadcasting Association of Australia (CBAA) and Torque Radio affiliated commercial radio channels and has a weekly audience of over 450,000.

Another trend in 2020 is how vehicle manufacturers like Hyundai are positioning themselves, in the customer’s mind, for the future of motoring. [Read More]