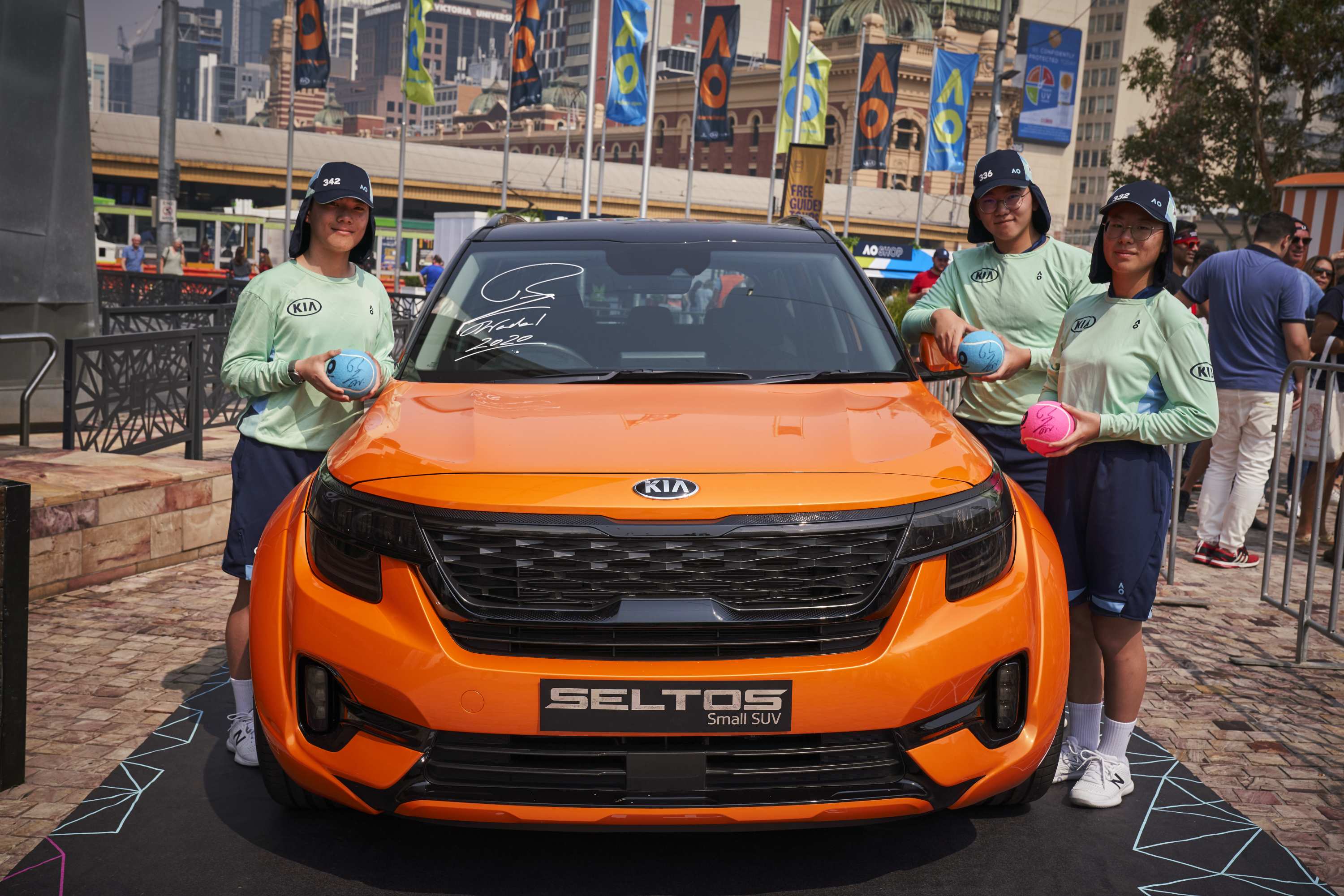 For the 19th consecutive year Kia Motors has played a major role in keeping the players, officials, media and VIP guests at the Australian Open mobile through the supply of a 130-strong fleet dedicated to ensuring everyone is where they need to be when they need to be there.

Kia global brand ambassador Rafael Nadal, the winner of 19 Grand Slam titles and a Kia Ambassador for 15 years, handed the fleet keys to Australian Open representatives at a ceremony in Melbourne’s Federation Square this morning.

The fleet comprises a mix of Sorento SUVs and Carnival MPV vehicles with 10 of the stylish Stinger performance sedans earmarked for corporate transfer duties.

“We are very proud of our longstanding partnership with Kia, which is one of the most enduring in Australian sport,” Mr Tiley said. 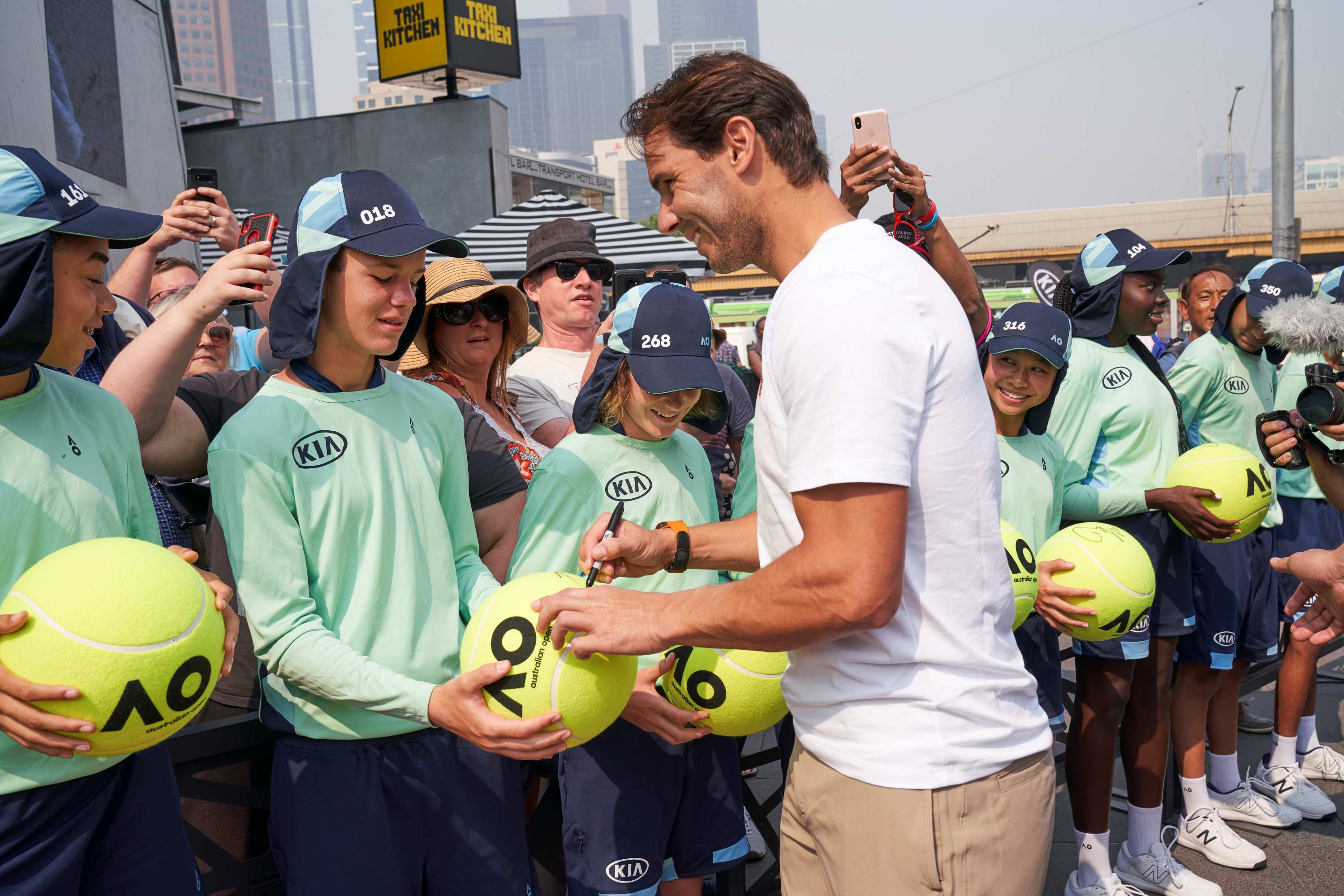 “As soon as you see the Kia fleet of 130 cars on the streets of Melbourne you know its Australian Open time, so we are excited to once again accept the fleet of Kia vehicles.”

“The Australian Open is one of the world’s great sporting events and is shared by millions of fans around the world,” Mr Meredith said. “The enjoyment it brings to tennis and sports fans can not be overestimated.

“This will be the 19th year of Kia’s association with the Australian Open and it is one that continues to grow with a future we are genuinely excited about.”

The fleet, driven by more than 200 volunteers, is expected to complete more than 20,000 trips and cover more than 300,000 kilometres during its operation through to the end of the tournament after the Men’s final on February 2. 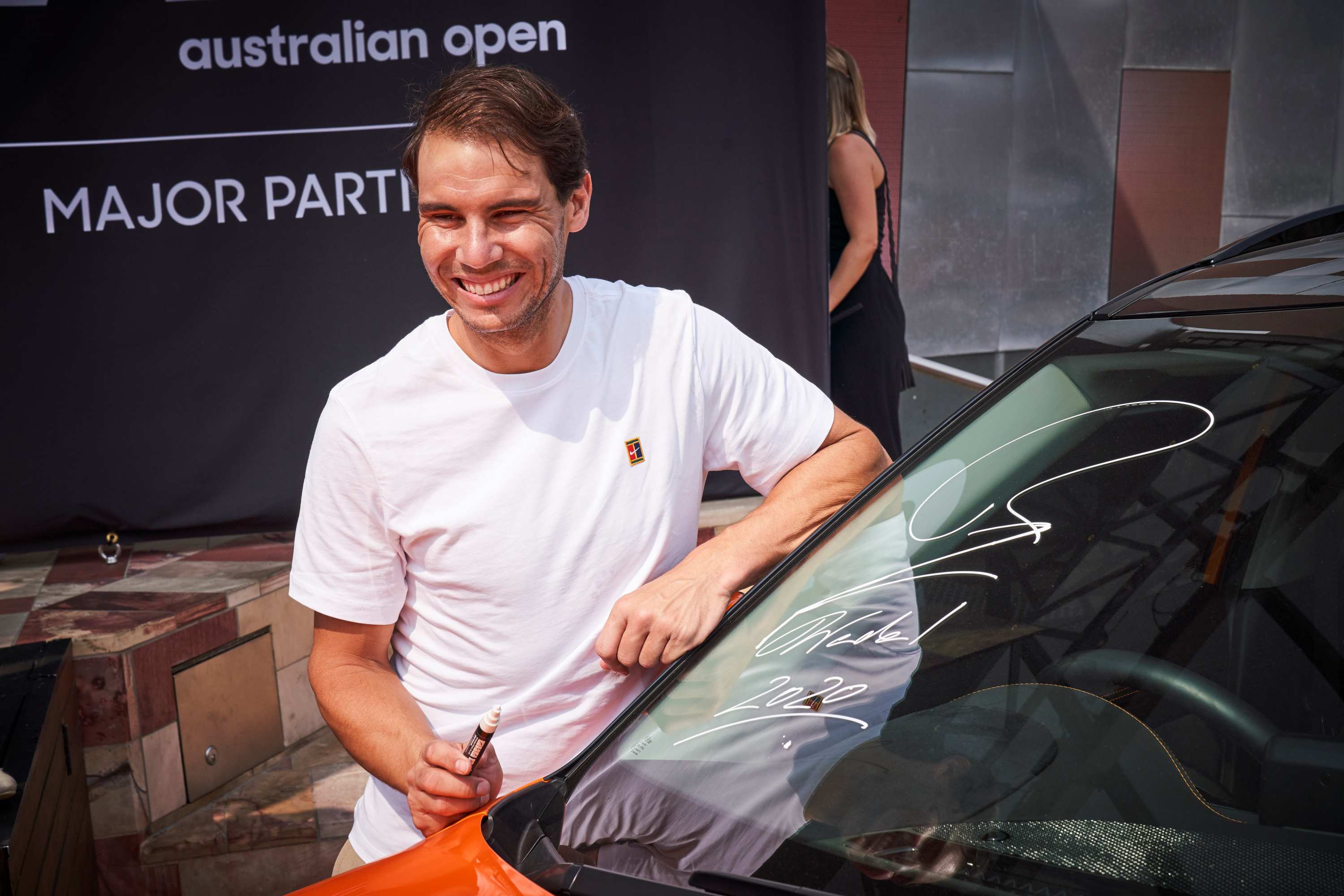 For the first time this year the Australian Open Ballkids will sport the Kia logo on their innovative sustainable uniforms which are made from a 100 per cent polyester filament yarn sourced from recycled PET bottles.

Also for the first time in 2020 Kia has teamed with Uber for the Kia X Uber Fan Fleet which consists of 30 new Kia Seltos small SUVs. During the tournament Uber app users in the Melbourne CBD can elect to be picked up by a Seltos for a free trip to Melbourne Park.

Visitors to Melbourne Park will have the opportunity to share in a range of Kia activations including an augmented reality experience where they can be photographed in a Kia Stinger alongside Nadal, experience Kia’s latest SUV at the Seltos Studio and help with the growth of junior tennis through the Kia Ball Drive.

About Rob Fraser 1508 Articles
Rob Fraser – General dogsbody & Director Rob is the founder of the business. He constantly mutters something about way too many red wines one evening being to blame. Often known for taking the 4WD in the driveway over the sports car, he has travelled pretty much everywhere in Australia and when he is bored goes for a drive. He first learned to drive on the farm in a left hand drive WW11 Jeep when he was 11, and was hooked on 4WDriving way back then. In addition to 4WD he is an avid motoring enthusiast and has maintained a strong interest in the industry ever since his teens. He has owned way too many cars in his time as well. Having previously lived at the top of corporate life he retired in 2000 and hasn’t put a suit and tie on since. Cars are his passion so why not have a business doing what you love he figures. He has towed either a caravan or camper trailer to most parts of Australia, has run guided tours for camper trailers’ and instructed drivers in off road towing.
Website

Kia Motors today takes the wraps off the all-new Kia Sportage, with an attractive, all-new interior and exterior design, a host of advanced new technology features and greater quality. The all-new Sportage will make its global debut at the Frankfurt International Motor Show on September 15, 2015. [Read More]

The new Kia Optima replaces the Magentis but is a clean sheet design in every aspect and showcases a number of the Korean manufacturer’s latest innovations.
[Read More]