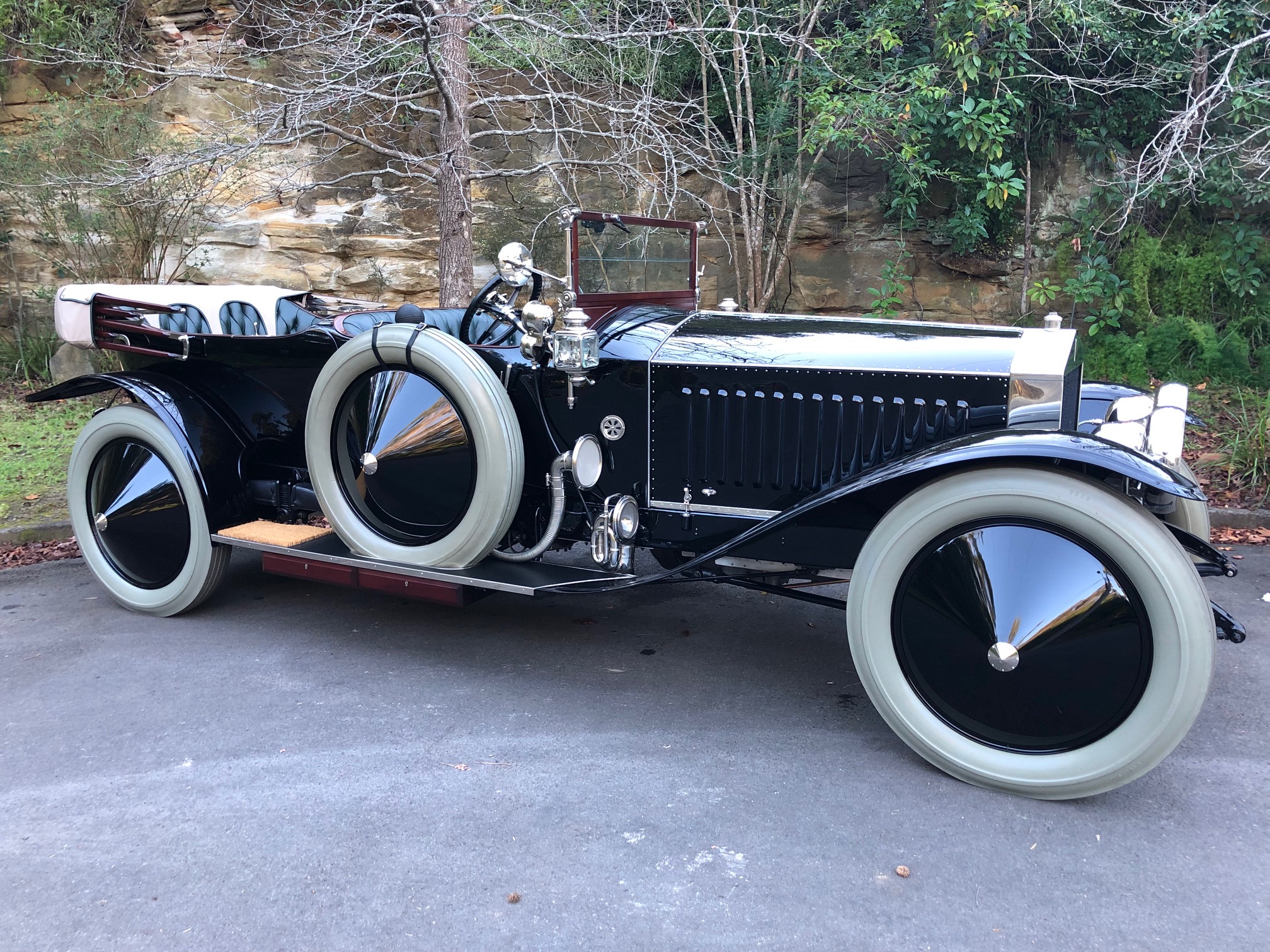 David Brown spent a pleasant Sunday afternoon being chauffeured around in a vintage Rolls Royce. He’s his report.

At the Shannon’s Classic car show, the overall winner was David Berthon with his beautifully restored 1913 Rolls Royce.

It is luxury yes with a sense of the mechanics of the vehicle.

To start it you put a penny under the carburetor float Then crack the engine. (David Has a 1913 penny of course).

The speedo indicates the maximum speed you have reached and can only be reset with the owner’s key. This shows if the chauffer has been speeding.

There is a gradient dial that took David 11 years to find an original.

IN the passenger seat I felt like a king but my Royal wave was not up to scratch.

About David Brown 269 Articles
David’s boyhood passion for motor cars did not immediately lead to a professional role in the motor industry. A qualified Civil Engineer he specialised in traffic engineering and transport planning. What followed were various positions including being seconded to a government think-tank for the planning of transport firstly in Sydney and then for the whole of NSW. After working with the NRMA and as a consultant he moved to being an independent writer and commentator on the broader areas of transport and the more specific areas of the cars we drive. His half hour motoring program “Overdrive” has been described as an “informed, humorous and irreverent look at motoring and transport from Australia and overseas”. It is heard on 22 stations across Australia. He does weekly interviews with several ABC radio stations and is also heard on commercial radio in Sydney. David has written for metropolitan and regional newspapers and has presented regular segments on metropolitan and regional television stations. David is also a contributor for AnyAuto
Website

Rolls Royce – Some have it Good – Last week we reported that car sales figures were down for 2019.  But David Brown report that there has been an increase for some big spenders [Read More]