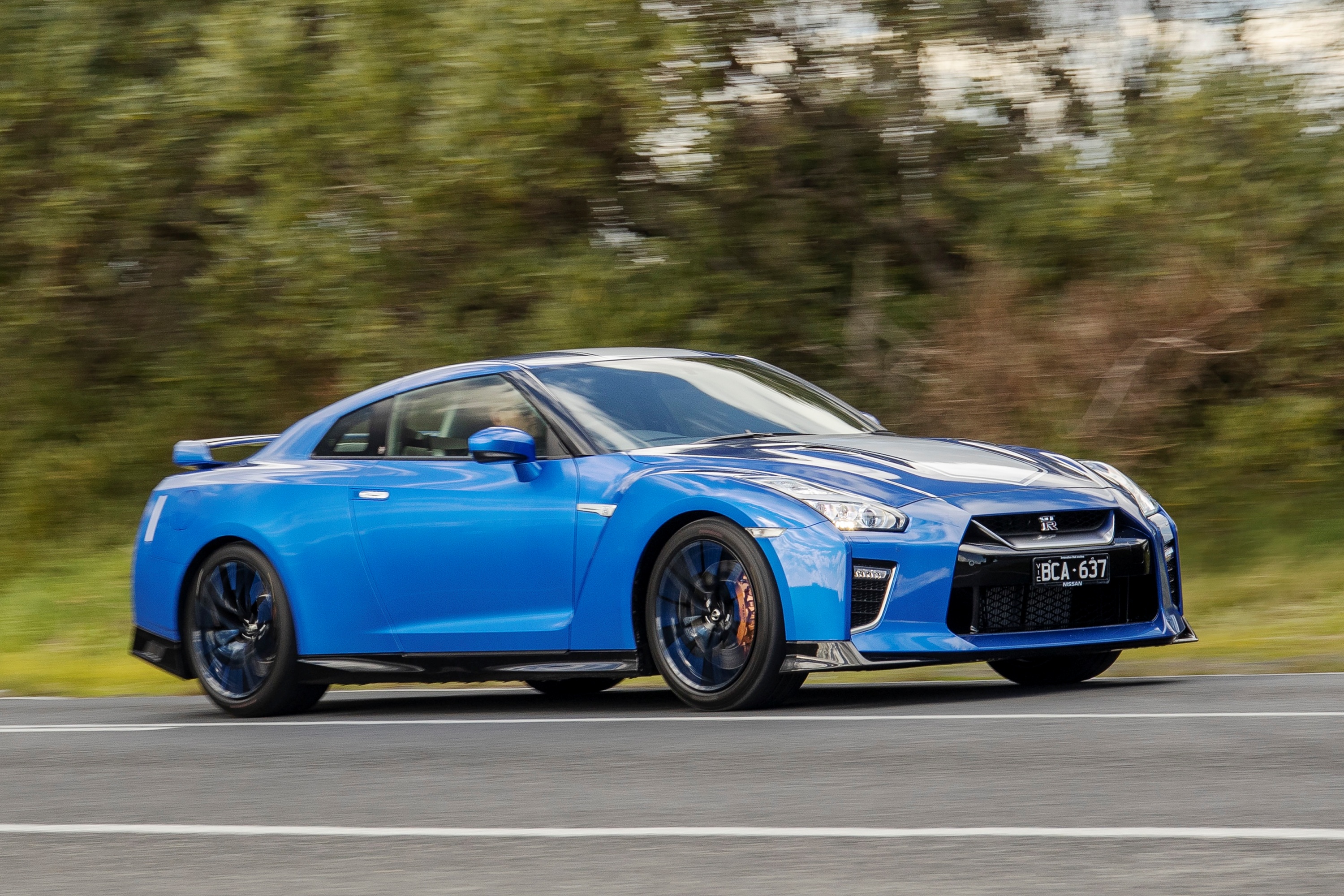 Nissan GTR started life back in 1969 as the Skyline 2000GTR, part of the Skyline model lineup. At the recent brief introductory drive day, Hiroshi Tamura, affectionately known as Mr GTR, said the GTR remains sentimentally attached to the Skyline name to this day. 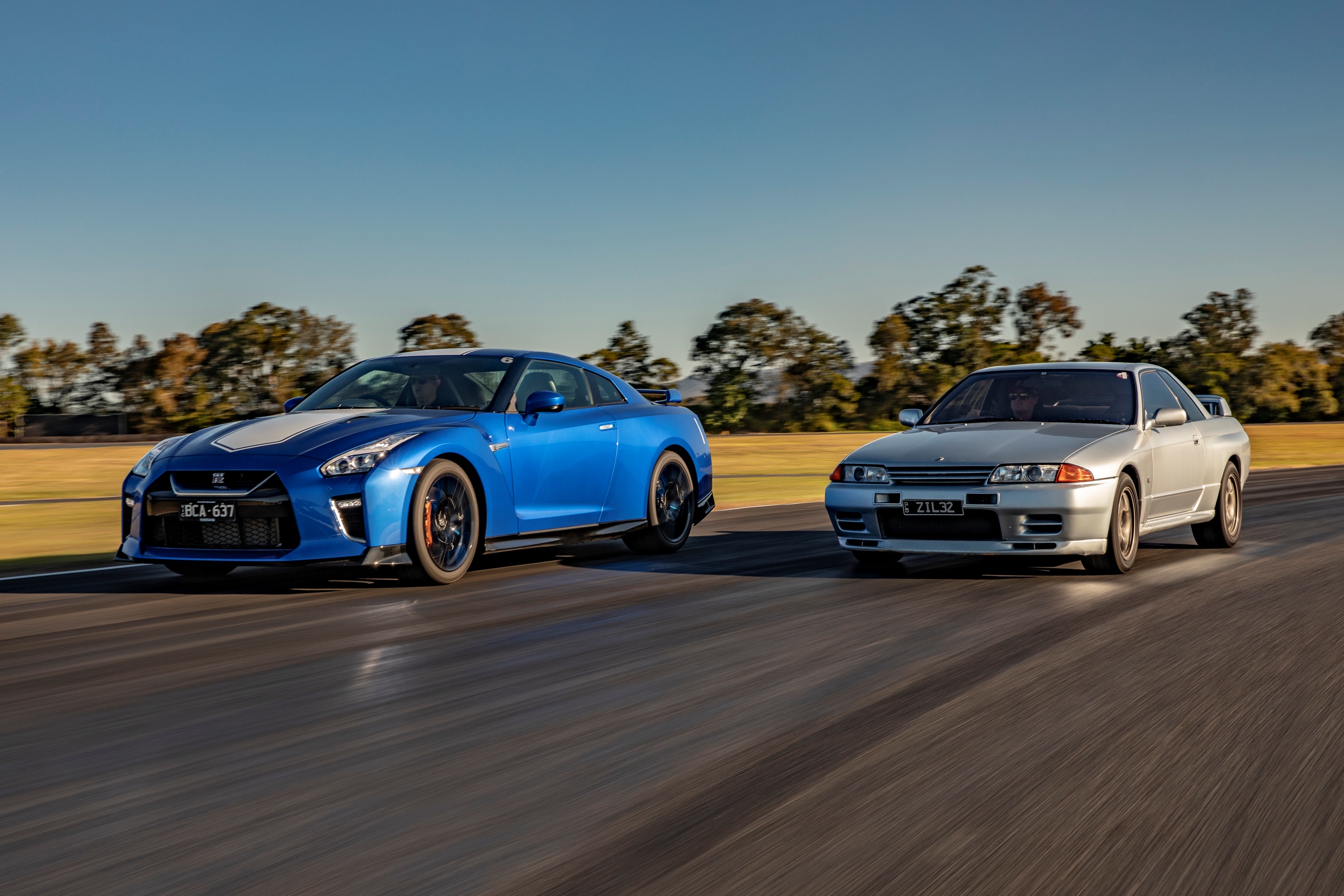 While it was present for a few years, the Skyline GTR really gained prominence in Australia when it won Bathurst a few times. Affectionately dubbed ‘Godzilla’ the Skyline became entrenched in motoring folklore.

That R32 was exceptionally fast, but at times difficult to drive, hence the name. I had a friend that had a R32 in the late 90’s that was ‘modified’ and was almost impossible to control safely, such was the power, and it was scary at the time. 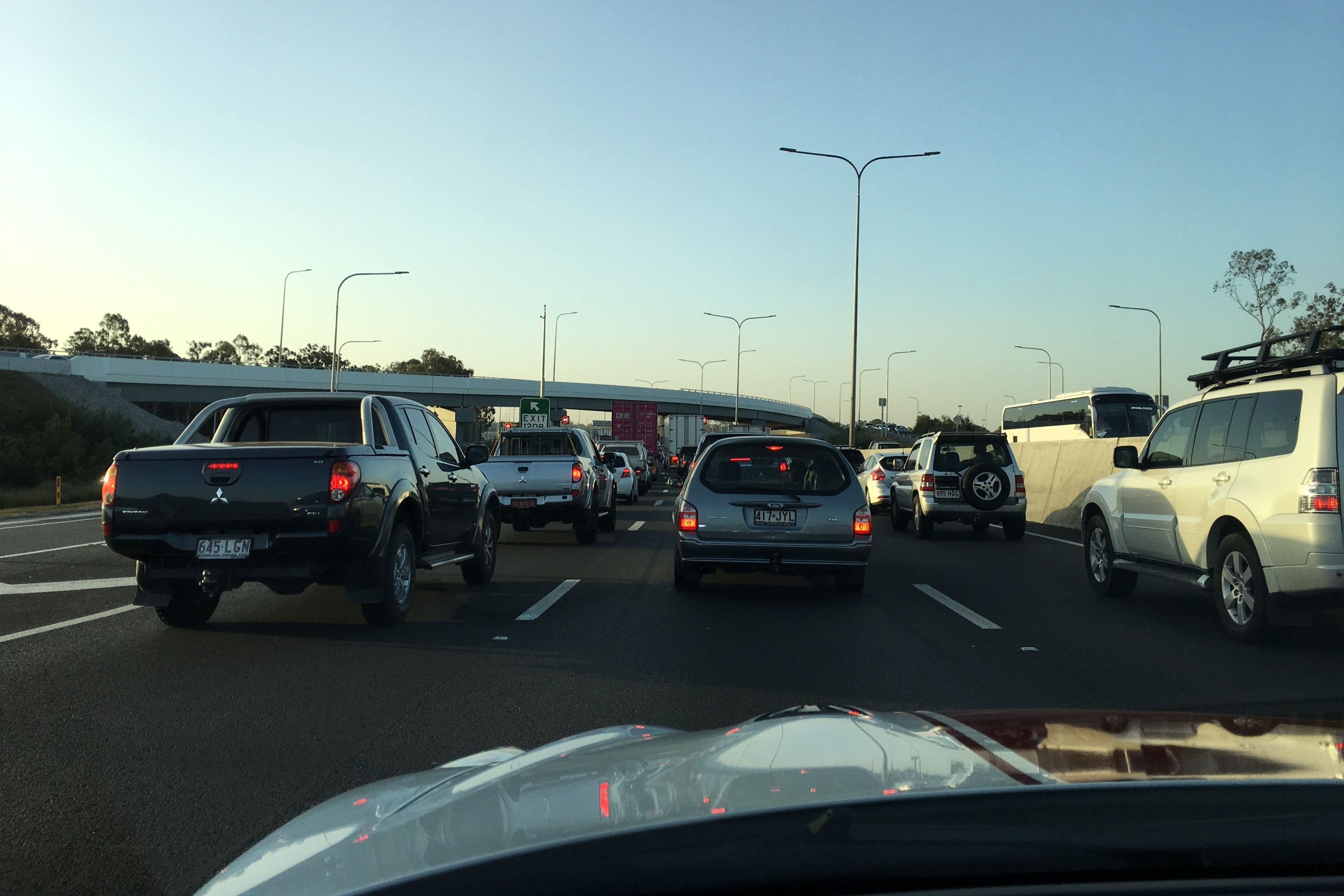 Fast forward to 2019 and the GTR is a different beast. Still blindingly fast, it now can purr along like a normal coupe in daily traffic, as we found out in peak hour traffic in Brisbane, yet blast away from 0-100km/h in a touch under 3 seconds.

The difference being that now the sophisticated design of the GTR means that the driver always feels in control rather than grabbing a tiger by the tail and hanging on for life. 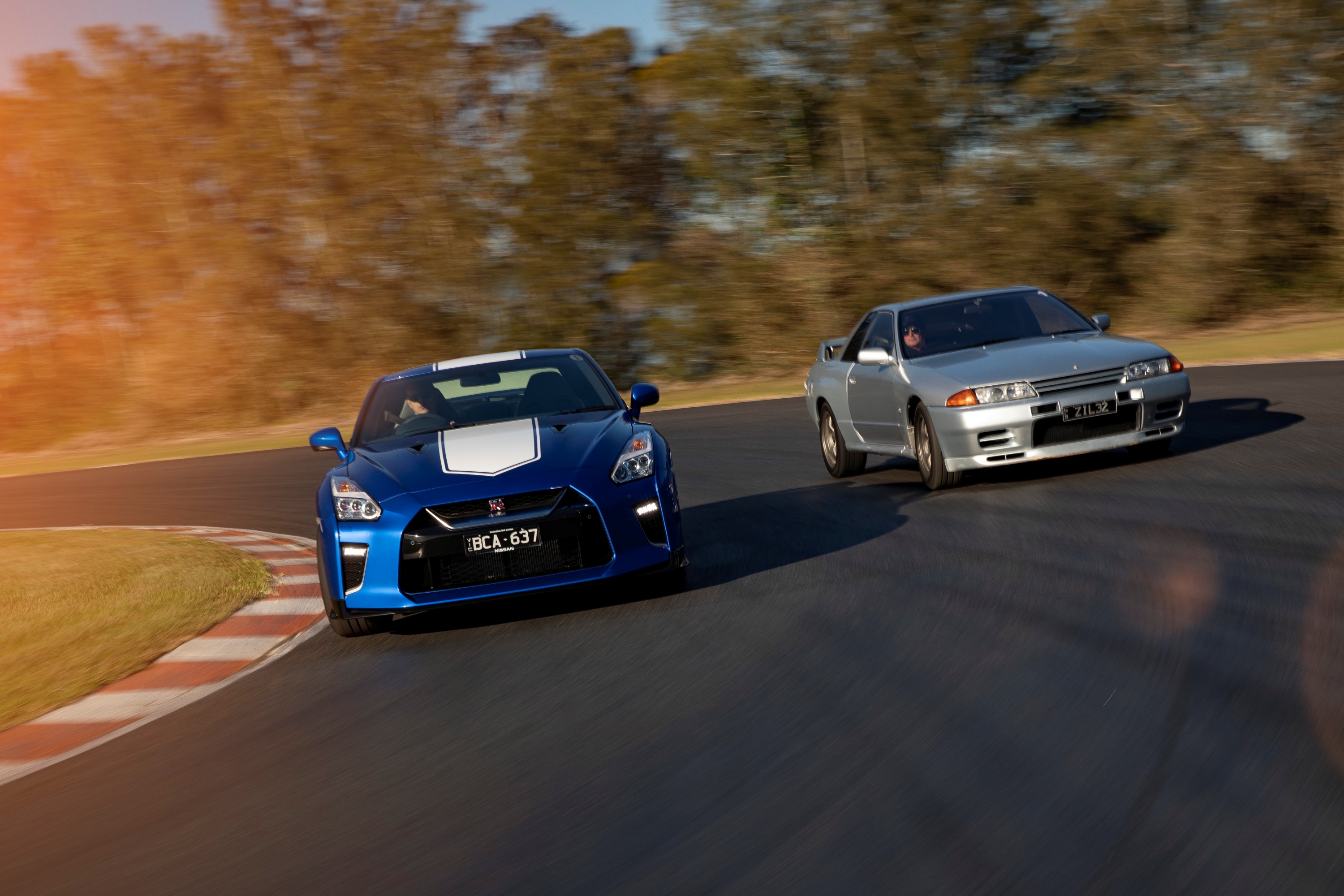 The GTR has gone through the various models variations, in Australia it really all started with the R32 (1989), R33 (1993), R34 (1999) and finally the latest R35. However, unlike many other vehicles, the lifespan of each model is long and continuously developing.

The current R35 was first released in 2007 in Australia and has undergone improvement along the way. 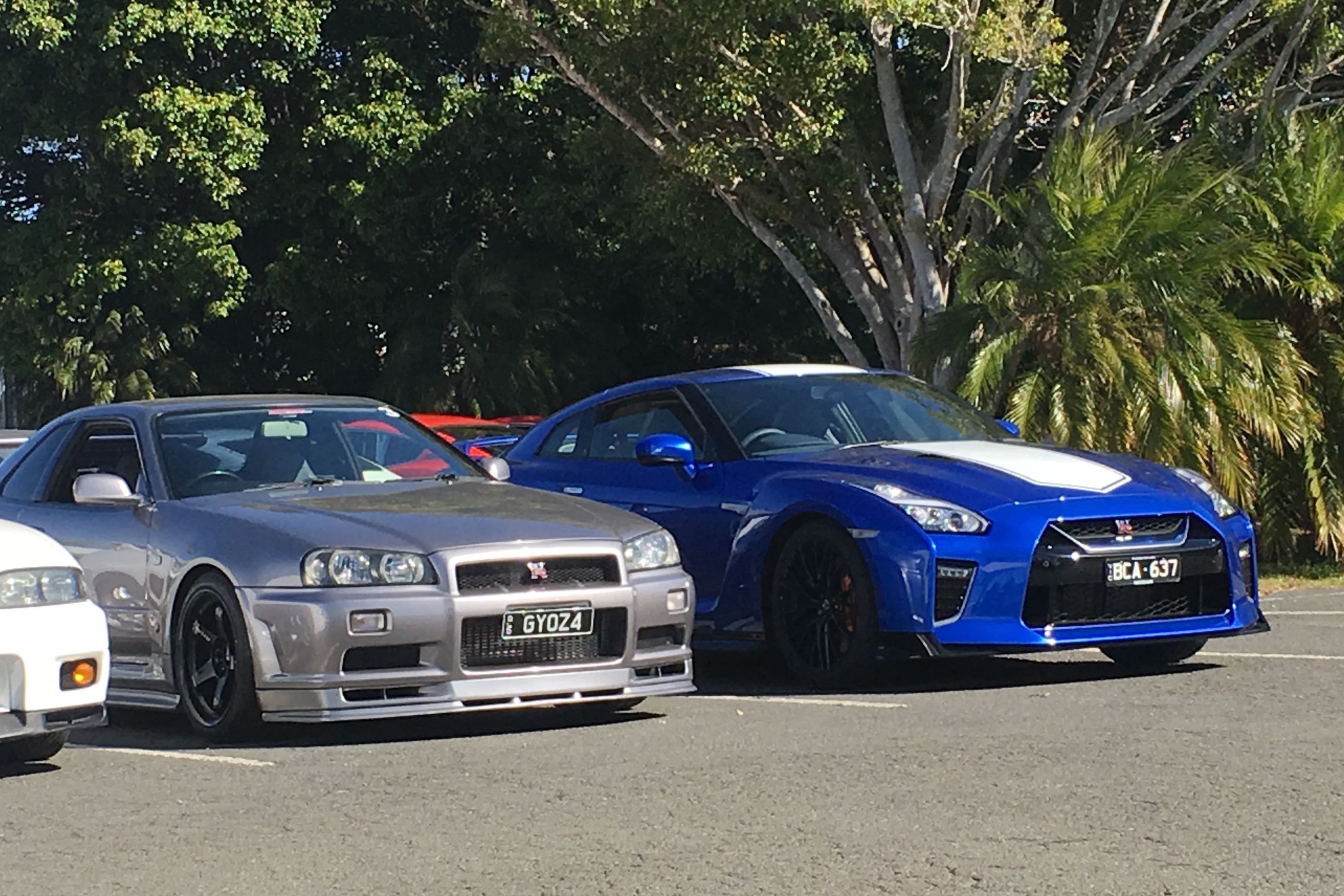 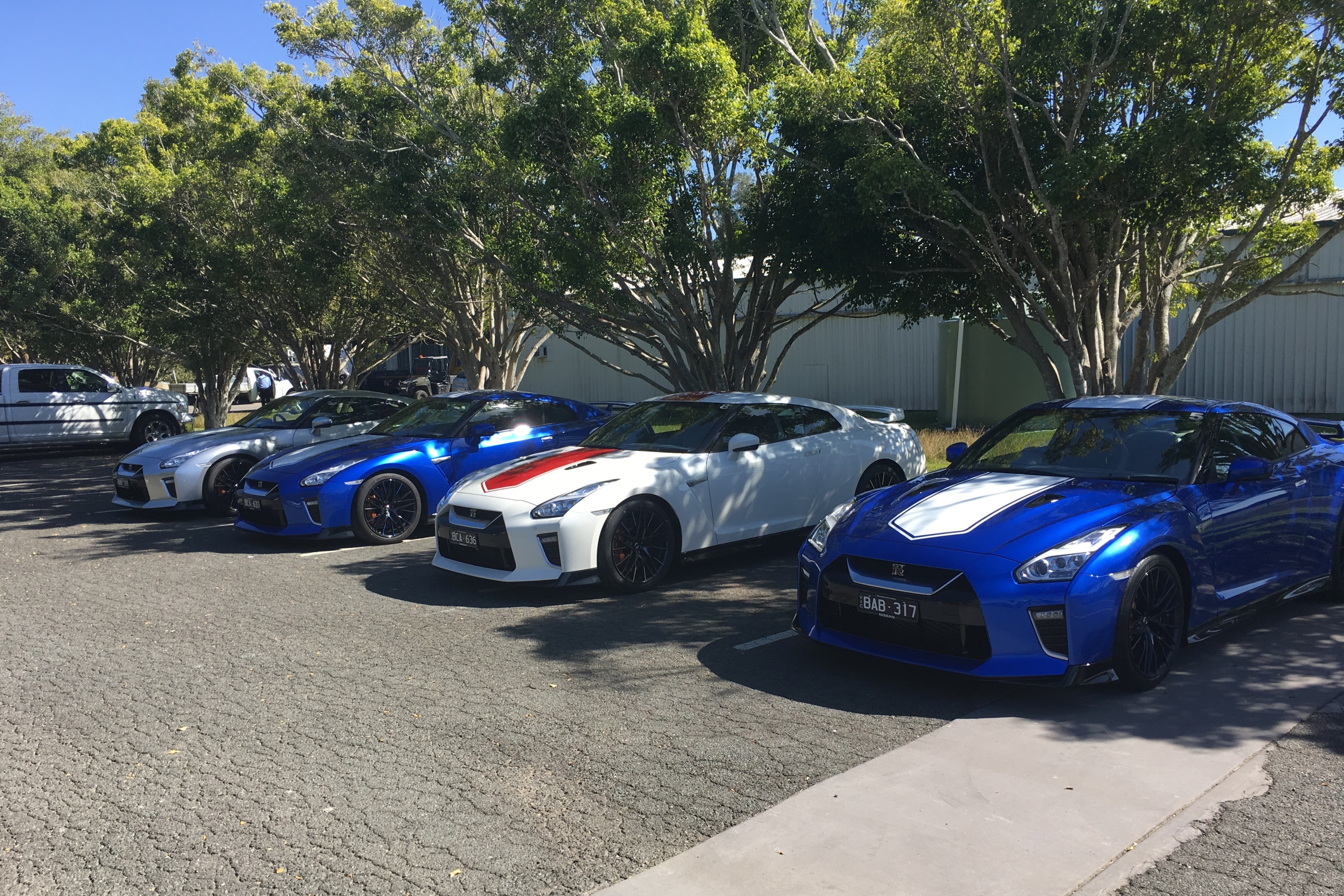 Nissan GT-R 50th anniversary edition 2020 model – based off the Premium Luxury model. It is available in three colours, including the all-new Bayside Blue – an exterior colour that celebrates the rich heritage of Nissan’s racing history – and boasts a stylish new interior shade and 50th anniversary badging.

Across the range as standard equipment, Nissan GT-R features satellite navigation with 3D mapping on an 8-inch integrated colour display with multi-touch screen, a display commander control and Bluetooth®. 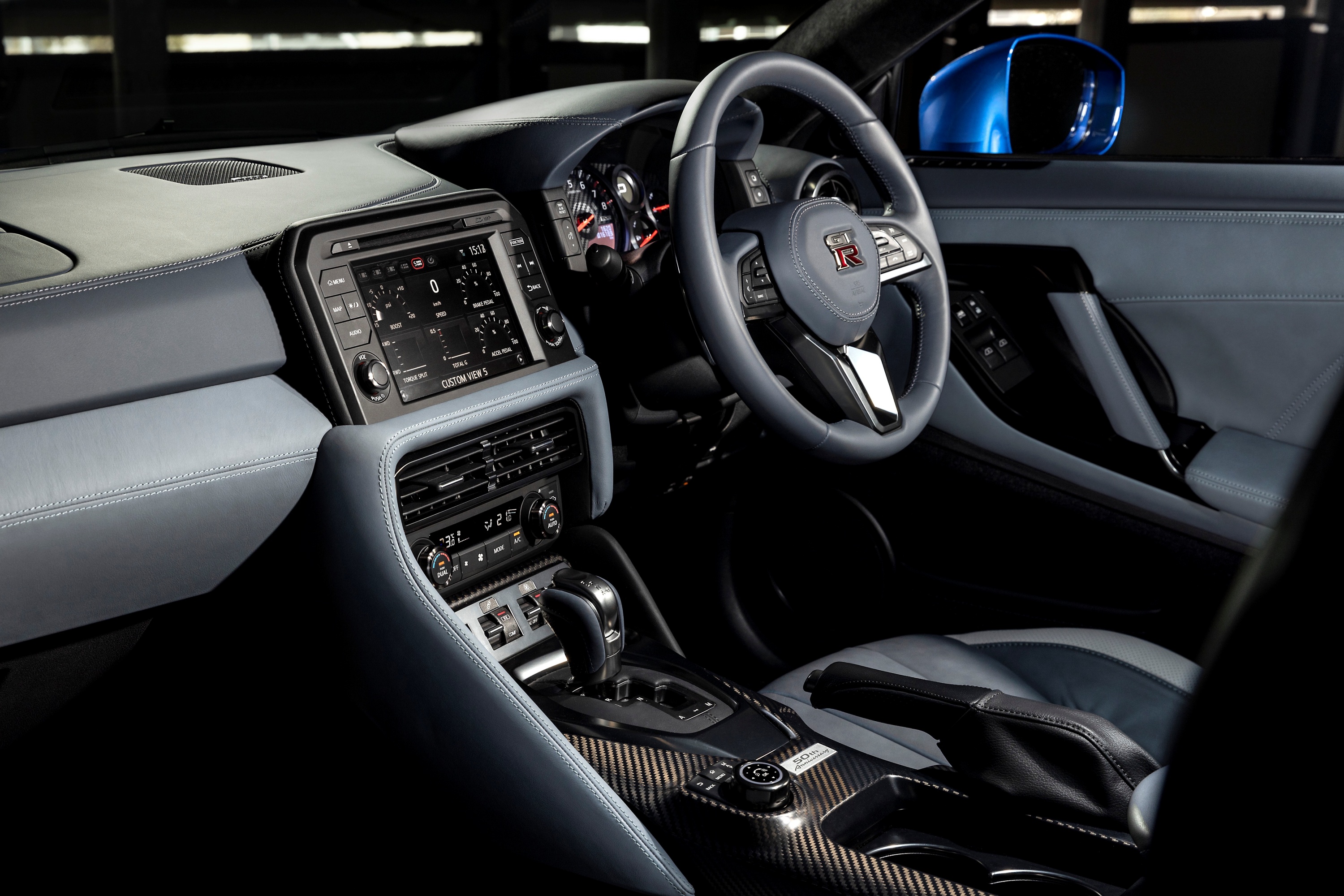 Taking the Premium Luxury grade a step further, Nissan has created a special 50th anniversary edition that is available in three striking colours, the limited edition variant is offered in Super Silver with white stripes, Ivory Pearl with red stripes and the new Bayside Blue with white stripes. The new blue hue is based off the original Wangan Blue that featured on the R34.

Inspiration for the 50th anniversary paint scheme comes from the race livery designs for GT-R from the 1971 Japan Grand prix. The stripes are applied to the bonnet, roof and boot lid.

To further set this variant apart from the rest of the range there is exterior 50th anniversary badging on the boot lid, underneath the GT-R logo on the rear of the car and on the alloy wheels.

Inside, Nissan has introduced an exclusive cool grey two-tone leather trim called Twilight Grey. This features throughout the cabin, particularly on the doors, seats, front fascia and dash panels, plus the steering wheel and shift knob.

Coordinating the interior with the exterior, there is also 50th anniversary badging on the seats, centre console, tachometer and kick plates. 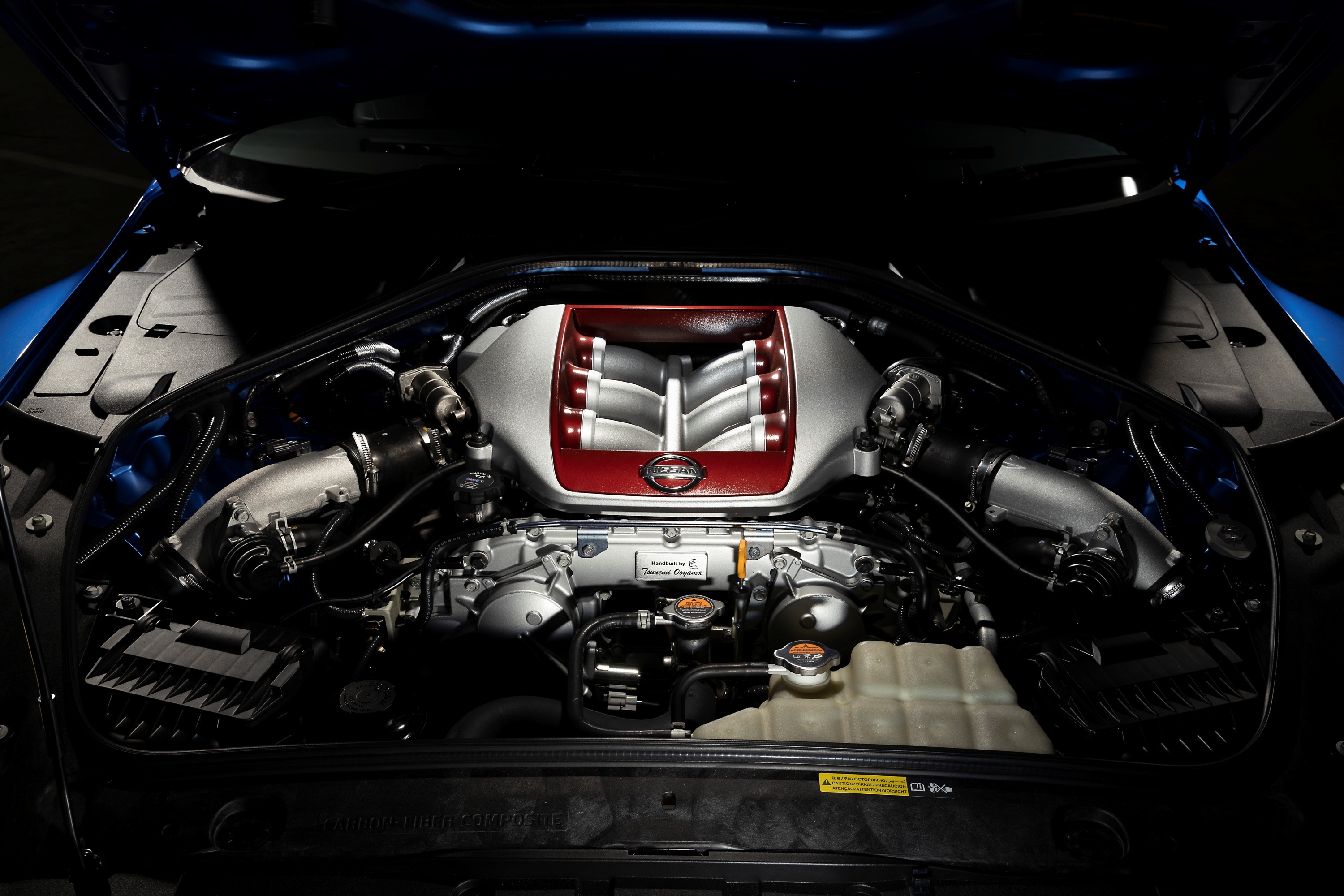 While the Nissan GT-R’s powerful 3.8 litre V6 engine with power of 419kW @ 6800rpm and torque of 632Nm @  3300-5800rpm is unchanged, the adoption of NISMO technology for ‘GT’ acceleration, braking and handling performance are at the forefront of technical updates to the 2020 Nissan GT-R.

Considering most readers of this article are aficionados, the detail is required. So:

Nissan GT-R turbochargers have been updated. The adoption of an abradable seal (technology primarily used for racing engines) reduces compressor housing-blade clearance to reduce air leakage and improve response at low RPMs. This improvement will be particularly noticeable in and out of corners, making the driving experience even more enjoyable. 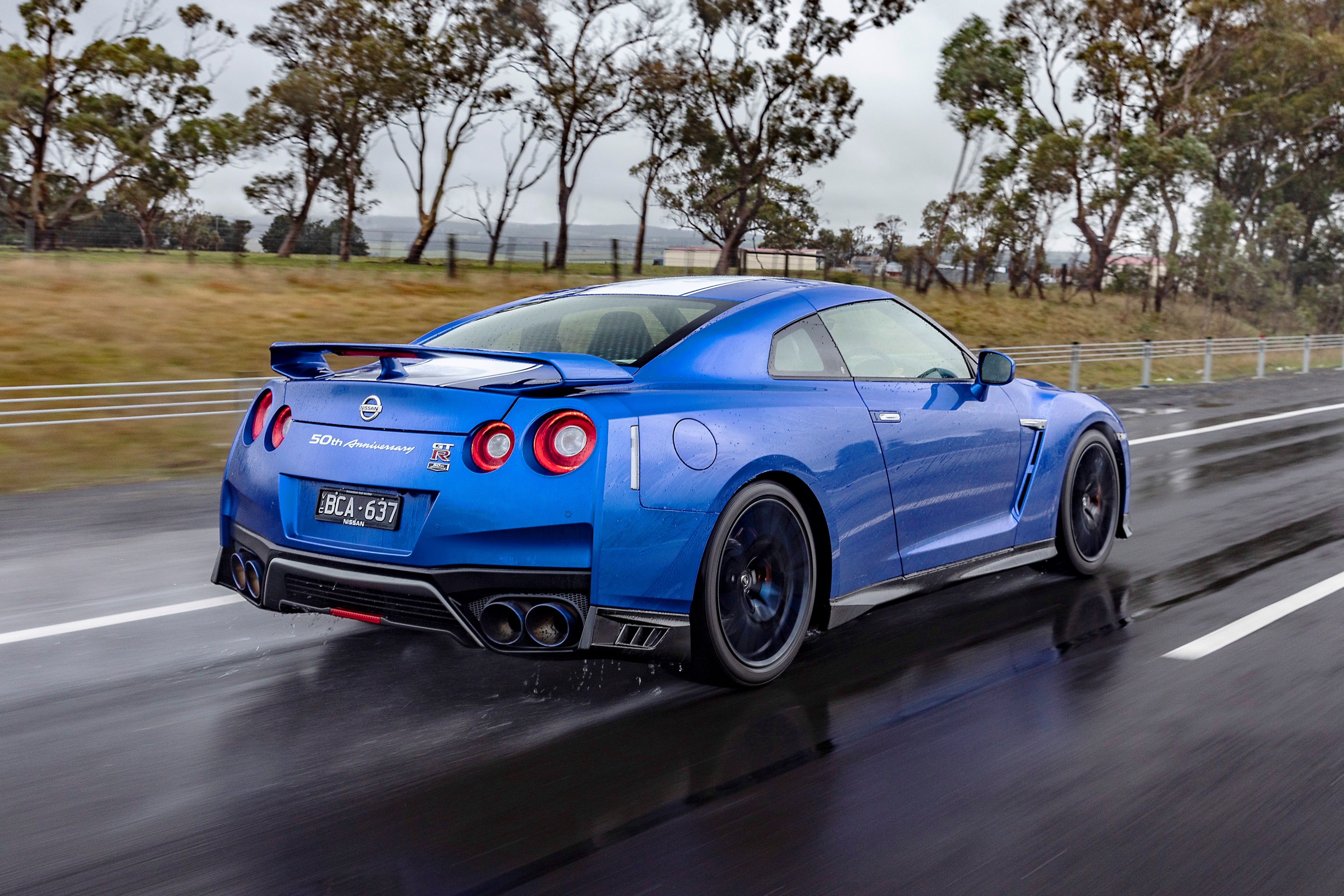 The electronically controlled suspension has been tuned to provide better cornering and a smoother ride, in-fact it is more linear and precise requiring fewer corrections.

There is also an improved steering angle for better Cornering G, Breaking G and Yaw response, and a new brake booster – within the updated steel brakes – increases the initial braking response by engaging with less pedal stroke, resulting in enhanced stopping power and feel.

A full drive review is coming in a few weeks.

The world’s first fully electric British hypercar, the all-new Lotus Evija, has been revealed. With unparalleled performance and a target power output of 2,000 PS, it sets new standards in terms of advanced EV engineering. [Read More]

Due for launch in September the Mercedes Benz A 45 AMG contains the most powerful series production four-cylinder engine in the world, delivering a maximum output of 265kW and up to 450Nm of torque. The 2.0L turbocharged engine in combination with the performance oriented AMG 4MATIC All-Wheel Drive system as standard, accelerates from 0 – 100km/h in just 4.6 seconds, while its top speed is 270 km/h [Read More]