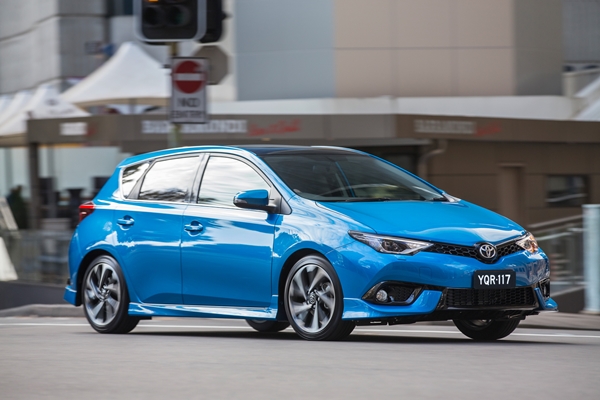 When someone mentions a Toyota Corolla, the first thing that comes to mind is the perfect car for retirees. However, I was pleasantly surprised when I jumped inside the ZR Hatch and I began to see that the Corolla range really has a much wider appeal than most think.  So what is it that makes the Toyota Corolla Hatch so popular?

Is it the engine? As with the rest of the range it is powered by a 1.8L petrol engine producing 103kW of power @ 6400rpm and 173Nm of torque @ 4000rpm. While it is not the most powerful engine on the market it is fuel efficient and does the job of getting you around town and cruising down the freeway.

Is it the good looks? The new 2015 Corolla Hatch features an updated exterior design that combines classic sleek lines with sporty additions. With 17” alloy wheels, rear spoiler, chrome trimmed fog lights and lower mesh grille, the ZR has an overall aggressive stance that is very appealing. 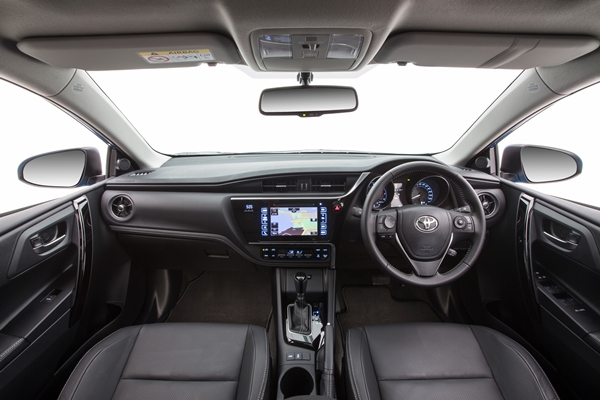 Is it the luxury features? Sitting at the top of the range, the ZR features luxurious additions including heated front seats with lumbar support for the driver, keyless entry with push button start and even heated automatic folding side mirrors. There are also leather trims, dual-zone climate control and automatic headlights. Now these items have become so popular we as buyers come to expect them in a car. However, in reality, these are luxury touches to have in a vehicle – especially one at a low price point.

Is it the technology? Living in the 21st century, technology is everywhere in every aspect of our lives and our cars is no exception. The ZR Hatch features as standard cruise control and automatic dimming rear view mirror. To add to the list there is also a touch screen satellite navigation system with reverse camera, Bluetooth connectivity, 6 speaker audio system with MP3 compatibility and steering-wheel mounted controls.

Is it the safety? It’s no secret that driving is dangerous and my Dad always told me you don’t get a license to drive – you get a license to kill. So of course the most important part of buying a car is ensuring that all of its occupants are as safe as possible. Toyota shares the view and the entire Corolla range has been awarded a 5 star ANCAP rating. 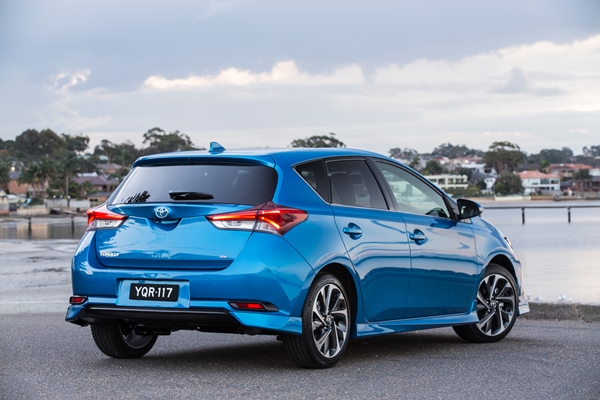 Is it the price? With a recommended retail price of $29,990 the Toyota Corolla Hatch ZR is certainly value for money and is by no means going to break the bank!

Is it the Toyota brand? Currently the Toyota Corolla is the highest selling vehicle in Australia. The Corolla Hatch competes in a rather saturated market against the likes of Mazda3, Hyundai i30 and Kia Cerato – however it is the familiarity and reliability of Toyota that sees it continue to be a favourite for Australian buyers.

Bentley Continental GT makes its global debut at the IAA 2017 in Frankfurt on 12 September. Also on the stand is the limited edition Mulsanne Design Series by Mulliner and the Bentayga. [Read More]

Kia Cerato is the biggest selling model for Kia Australia since its launch in 2003 with more than 155,000 sold. Fast forward to 2021 and a refreshed version has just been released with the new badge and branding. [Read More]