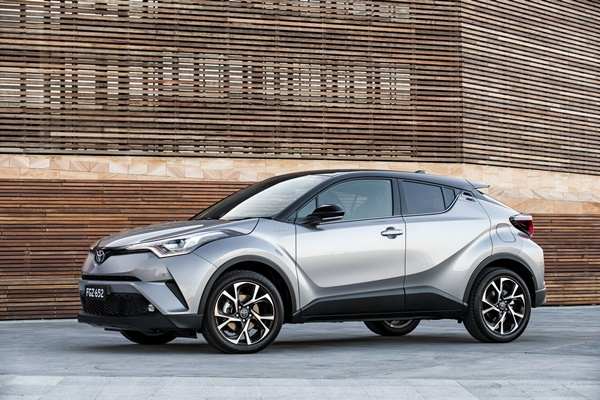 It’s unusual when there is a gap in the market that Toyota doesn’t cover. Yet the small AWD SUV segment was such a gap. Fear no more Toyota recently launched the visually stunning C-HR.

I never will understand what the theory behind naming some cars is, however the unusually named and looking Toyota C-HR has jumped headlong into the small SUV segment that is rapidly growing. It apparently stands for Coupe High Rider!

In this segment the preference of 2WD is similar to AWD as most of these are trendy urban run-arounds that often don’t negotiate anything harder than running over the edge of the roundabout.

The C-HR is designed for the tough streets of Surry Hills with weekend excursions to the Hunter Valley (You can tell I am Sydney based). The looks are equally as important if not more important as the functionality.

Luckily being a Toyota there is a fair assumption that there is a good degree of functionality to go along with it. Toyota has created a simple pricing structure that starts at $26,990 MLP for the six-speed manual front-drive C-HR, increasing by $2,000 for the continuously variable automatic transmission (CVT) and a further $2,000 for the traction of all-wheel drive.

The C-HR comes with a 1.2-litre four-cylinder turbocharged petrol engine that peak torque from just 1,500rpm through to 4,000rpm and maximum power of 85kW. There is both a manual version and a CVT version. A strong focus on fuel consumption has resulted in combined-cycle economy from 6.3 litres/100km and CO2 emissions from 141 grams/km^

While definitely not the target market it is fun to see what the two old guys think about the C-HR in the video.

These early Q5 arrivals will be available for customer test drives in selected dealerships around the country from the end of April, ahead of the official launch of the new Q5 in June [Read More]