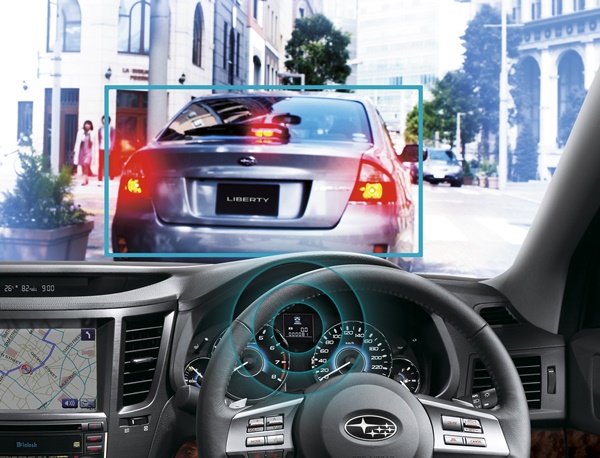 Subaru’s EyeSight™ driver assist technology featured in 43 per cent of its vehicles sold in the first half of 2015. As the Australasian New Car Assessment Program (ANCAP) and the Australian Medical Association (AMA) join forces to campaign for autonomous braking technology to become standard in all new cars, Subaru’s own statistics show it is a pioneering leader in the field.

Every new generation Liberty variant is equipped with EyeSight.

Subaru Australia Managing Director, Nick Senior, said: “To the end of June, sales of these cars were up 54 per cent on the same period last year.

“Certainly there is broad acceptance among Subaru customers of the fantastic technology EyeSight represents and its ability to either help avoid accidents or reduce the severity of collisions.”

The system uses stereo cameras mounted at the top of the windscreen, capturing “live” images of the road ahead – helping car and driver to react instantly to potentially dangerous situations. This can help prevent collisions, or reduce impact damage.

Other international acclaim for EyeSight includes a maximum six point rating in Front Crash Prevention (FCP) tests conducted by the Insurance Institute for Highway Safety in the United States.

Subaru is highlighting its commitment to the Australian market by showcasing four exciting examples of future designs and technologies at the Australian International Motor Show (AIMS) in Melbourne.
[Read More]

Rally Australia, has cancelled the Coffs harbour international rally because of the bush fires. The event included the final round of the 2019 FIA World Rally Championship. [Read More]

Subaru has launched a special edition of its entry-level Forester 2.5i-L variant with a variety of extra features adding value to the multi award-winning Sports Utility Vehicle. The long list of extra features adds just $2000 to the standard Forester 2.5i-L, giving the Special Edition a starting price with CVT transmission of $34,990 Manufacturer’s List Price [Read More]