Terry Thompson is a director of the ARDC, and has a long history in many things to do with cars and motoring, including the New South Wales Road Safety Advisory Council and a whole pile of motoring clubs, including the 48 and FJ. Holden Owners Club.

We chatted with him about the history.  You can listen to the interview here

Terry has been the owner of a number of old Holdens including a couple of sedans and a panel van.  When he used to take them down the street, he said a common response was “Hey mate I had one of these It was the best bloody car I’ve ever had” to which he would screw up my nose and think “Oh, my God. What have you been driving since you got there?”.

I asked him as delicately as possible what he use to use the panel van for, was it similar to the types of things we did in later, larger, versions of this sort of car.  I was thinking of going camping or the like. 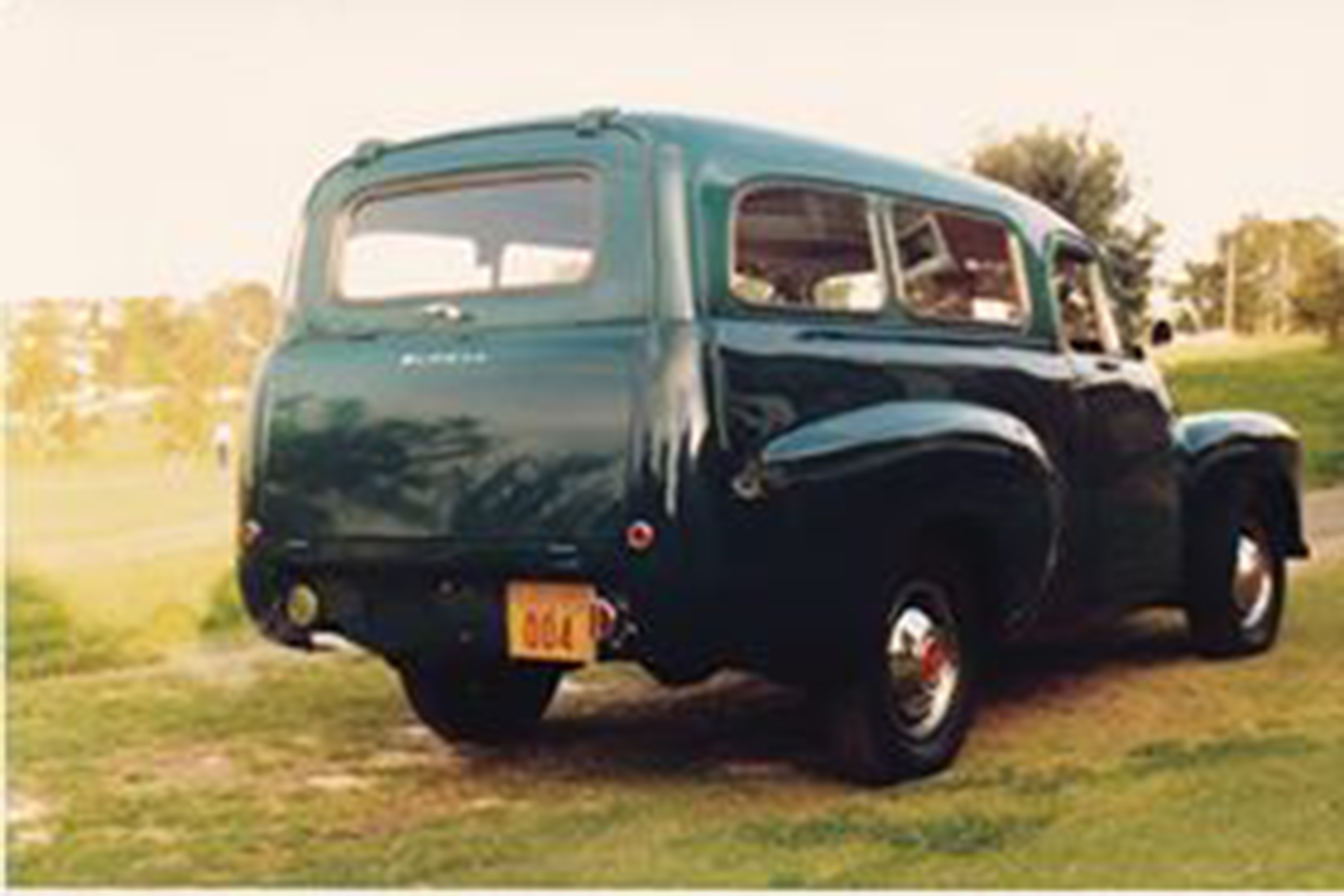 He noted that there use to be a sticker on the back of panel vans and utes that said “Yes. This is my ute and no, I’m not helping you move”.

While the first Holden came off the production line nearly seventy-two years ago there are still a considerable number of car clubs dedicated to the early models.

Terry noted that some are for the keeping the purity of the original cars including things like vacuum run windscreen wipers while others were not adverse to some modern electrics and other features on the old cars. 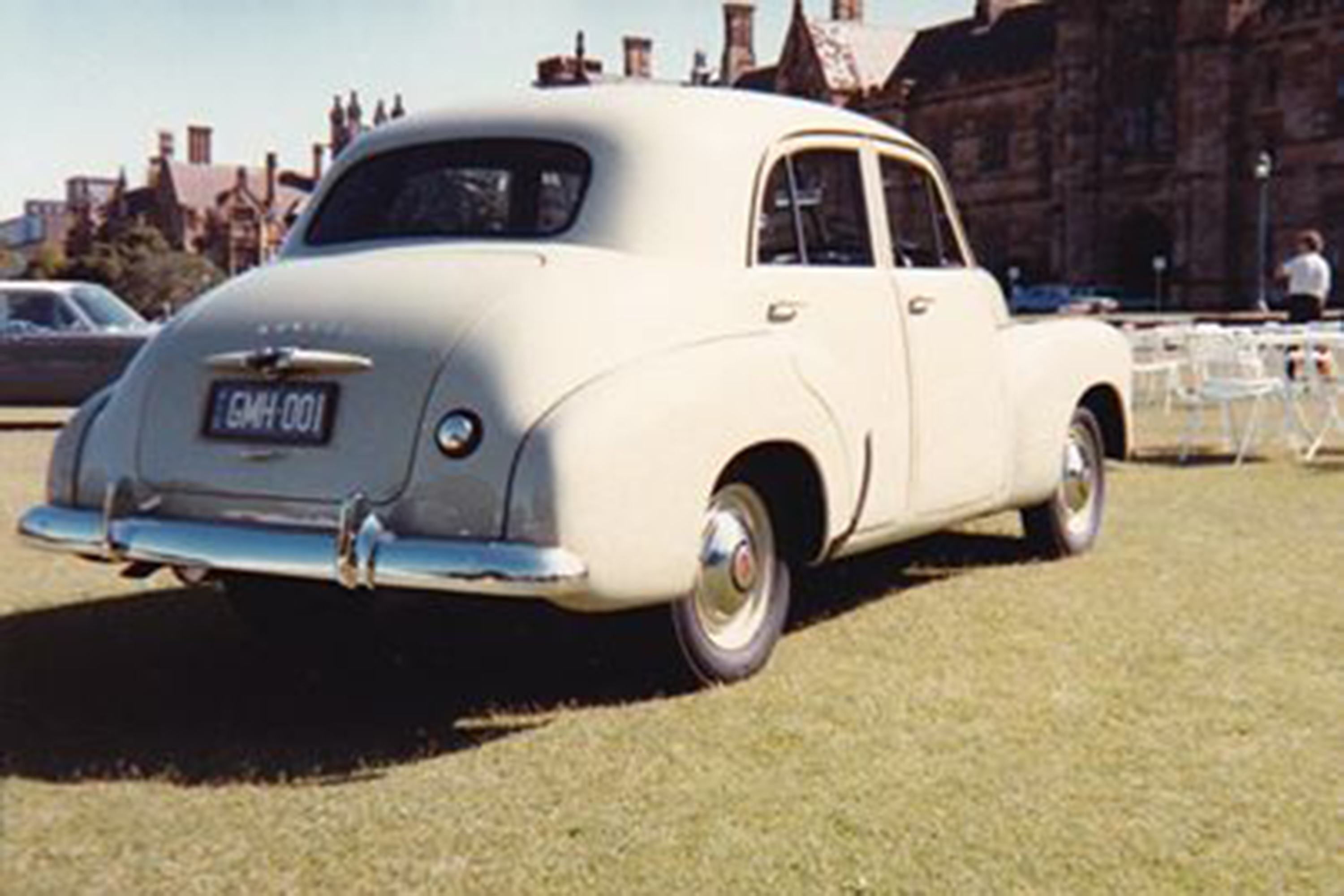 The encouraging point he made that these car clubs are not just a bunch of old men.  He said: “A whole new tribe of younger people coming in to take over the cars and look after them”.

One of the great features of the early Holdens was “three on the tree”.  These were the manual models with a column change and three forward gears. 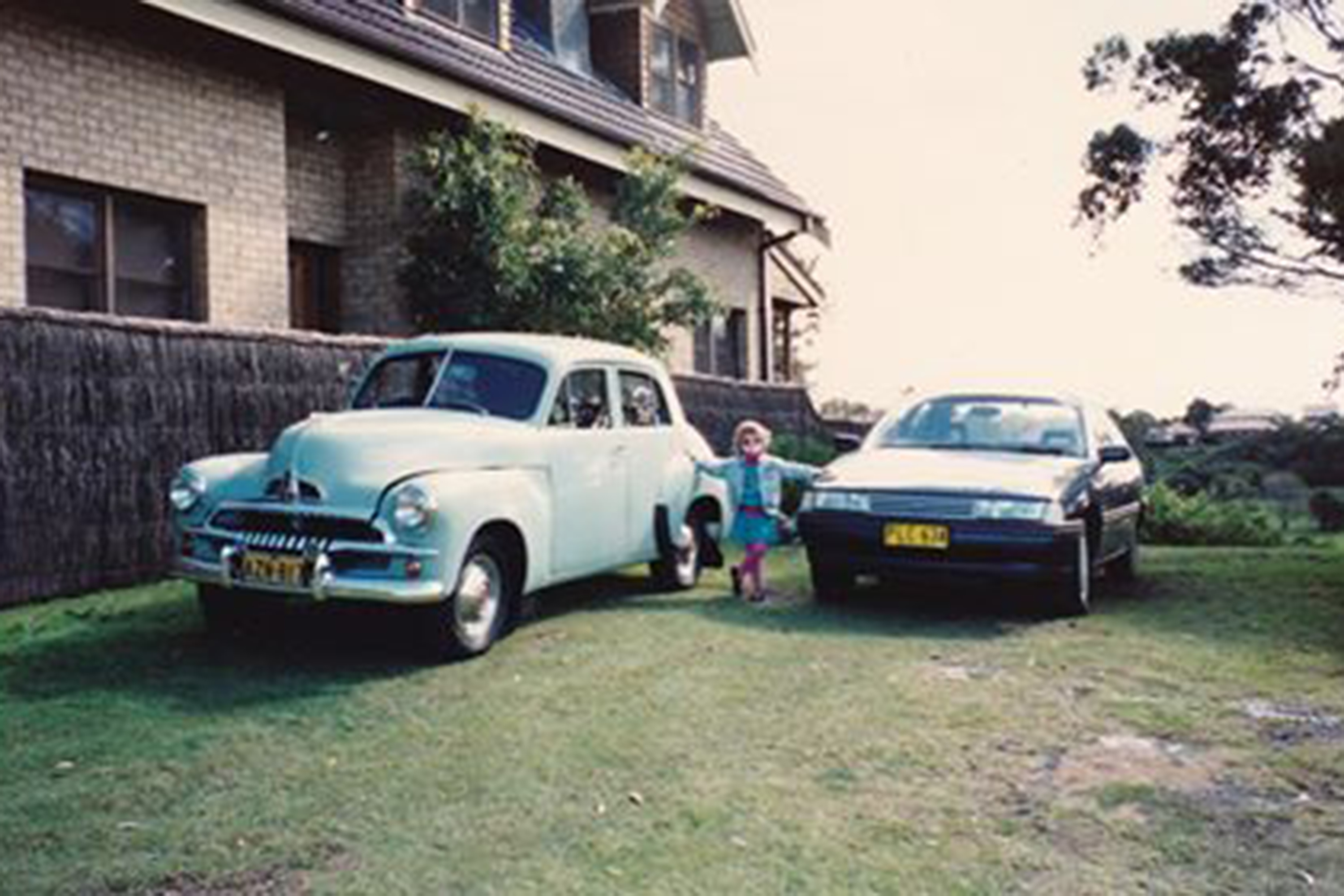 Terry took one of his to the Bathurst races one year and let radio and television personality Clive Robinson drive it around the track.  Actually Clive only drove it the very last section down Conrod Straight because he didn’t know how to drive a manual.  Mike Raymond, the track commentator at the time said that he thought Terry was a very brave man.