Hello and welcome to Overdrive, a program that practices what it preaches, most of the time, on the subject of cars and transport. I’m David Brown 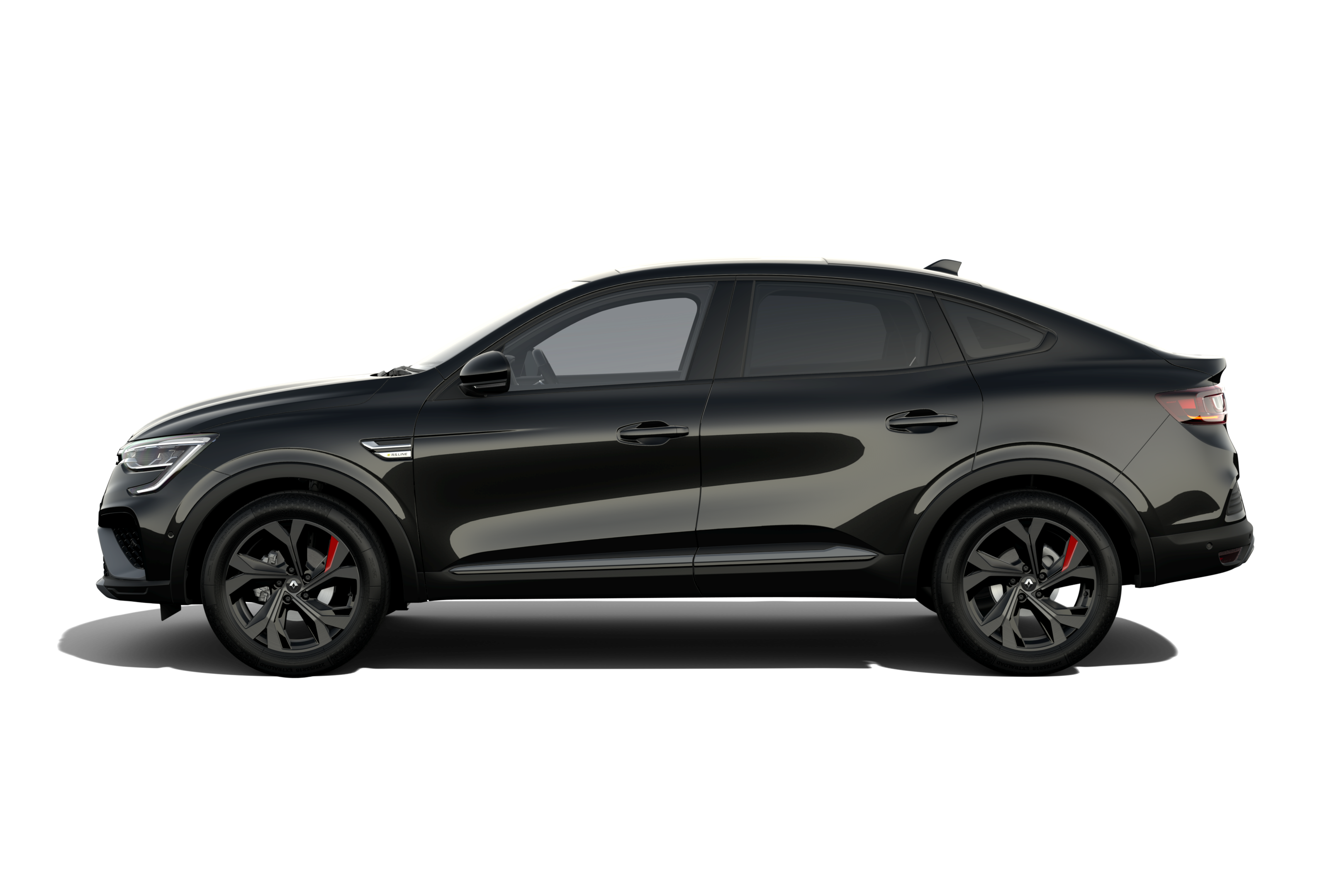 But little can be made of trends in the market due to disruptions in supply chains.

“In the case of some unlucky models, COVID-19’s tentacles adhered to more than one link in the chain, striking at the labour level on the production floor, the supply of components (including semiconductors), shipping schedules, access to last-mile delivery sources, and dealership opening times”.

The whole situation has now been further complicated by the Ukrainian war.

For all of 2021 no cars with Russia as a country of origin were imported into Australia. The boycott of some shipping to Russia may open up capacity but the turbulence in supply seems to be the short-term future at least.

The war and other instabilities, emphasise the need for Australia to achieve better fuel security, an issue only superficially addressed in the Federal Governments Future Fuel Strategy. We need to embrace non-fossil fuels (electricity and hydrogen) to power our industry and vehicles. 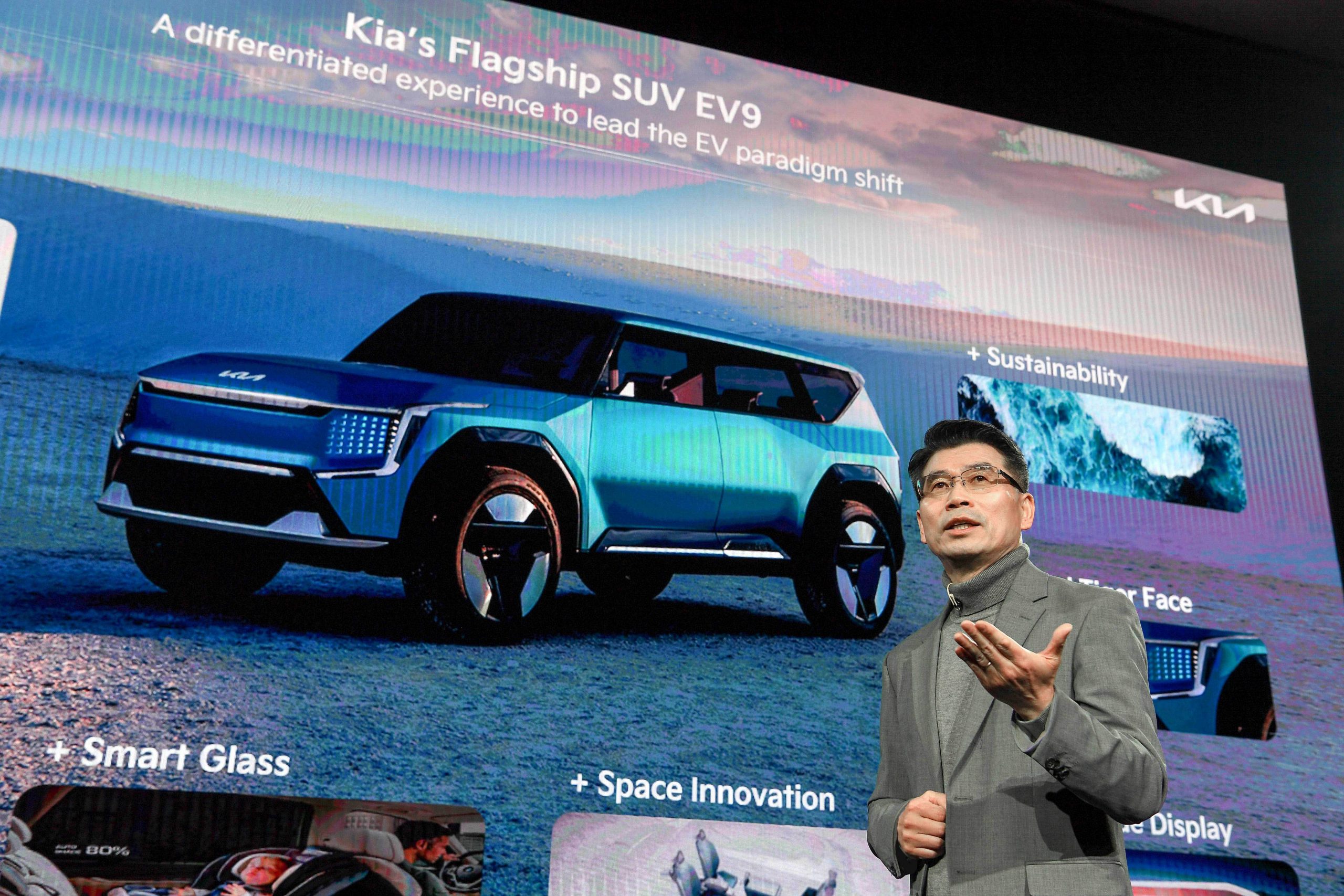 And they have just put key target numbers on their vision for the future and it is not just about electric vehicles.

They are targeting 4 million annual vehicle sales globally in 2030

Of this figure they anticipate 1.2 million will be battery electric vehicles.

Their line-up will include 14 battery models by 2027

‘AutoMode’, Kia’s new autonomous driving technology, is to be launched in 2023 with first application in EV9. This is not immediate full automation but supports performance optimisation through wireless updates and will be improved as the technology develops. It will also include a Highway Driving Pilot feature which would enable driving without driver intervention on highway sections.

And they aim to become No.1 global “purpose-built vehicle” (PBV) brand by 2030 with the first dedicated PBV model in 2025

PBV is providing specialised vehicles to customers based on their specific needs. 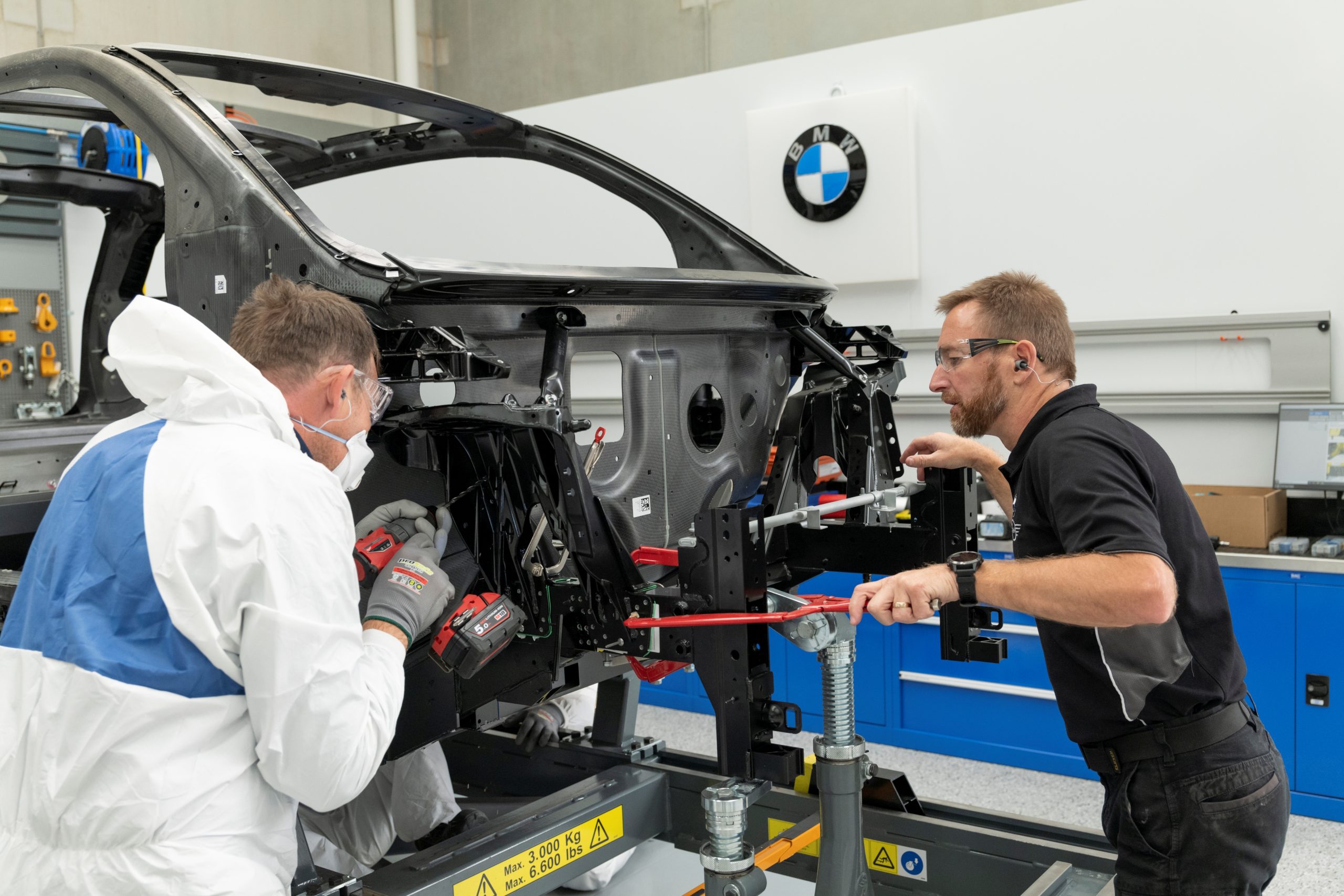 With major car companies ceasing production of motor vehicles in Australia, attention has focused more on the maintenance and repair industries which were always important but often overlooked.

Geoff G: But you know, the all of the discussion in the industry, David is forward-looking, not a problem with that, but we do have 360000 people nationally that work in the automotive industry. A big proportion of those are mechanics. And when you look at some projections around some of the government’s statements, 50 percent of the car fleet will be electric by 2030. [00:02:01][26.2]

And it is not just about repairing drive trains.

Carbon fibre was used extensively in the manufacture of the BMW i3 nearly a decade ago and now features in the construction of the BMW iX, which launched in Australia late last year. It has also featured prominently in the safety cell passenger compartment of flagship vehicles such as the 7 and 8 Series and multiple elements of BMW’s high-performance M models.

With benefits from lighter weight, repairing new materials and technologies will be an important issue.

Electric vehicle announcements are all the rage amongst car companies with a focus on sedans, SUVs and Utes.

Given that electric vehicles have surprisingly good acceleration, in some case better than most exotic performance cars, there has not been much activity in making electric sports cars.

Tesla did start with their Roadster vehicle in 2005 hoping to grab early adopters and then move into the mainstream. They ceased production of the roadster in 2012 and have focused on sedans and SUVs as well as releasing a concept for a ute.

Some of the exotic sports cars have embraced hybrid vehicles and the concepts of electric sports cars. Ferrari plans an all-electric car in 2025.

But Polestar has now revealed a new concept car that, they say, redefines sports roadsters for the electric age. Its call the Polestar O2,

The vehicle has a low, wide body with a compact 2+2 cabin design, minimal overhangs, and a long wheelbase. It will come as a coupe or a convertible. 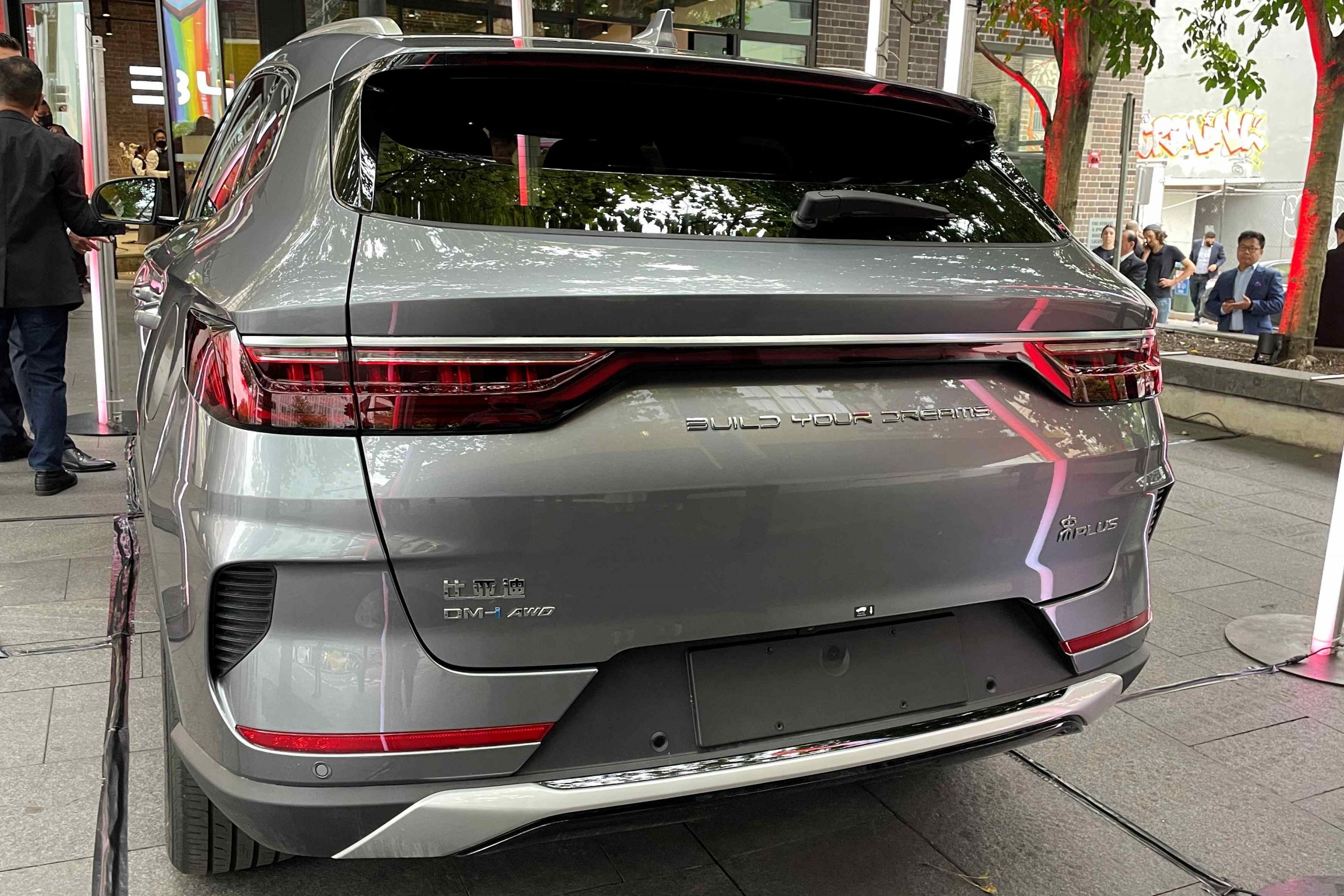 Last week we reported on the launch of the first vehicle BYD, the Chinese battery and automobile manufacturer, onto the Australian market.

EVdirect has the exclusive rights to distribute the vehicles in Australia

Their CEO Luke Todd emphasised an online approach to selling :

[00:14:41] We’re an omnichannel business, so we’ve got a very sophisticated digital platform and people can buy online and then we can deliver through our relationship with my car, which is much higher on orders external 70 stores nationally [00:14:57][16.3]

But EVdirect has just announced that they have entered a joint retail partnership with Eagers Automotive to establish a network of multi-format retail and customer experience locations for the BYD EV passenger and commercial range.

Nissan freshens up its LEAF 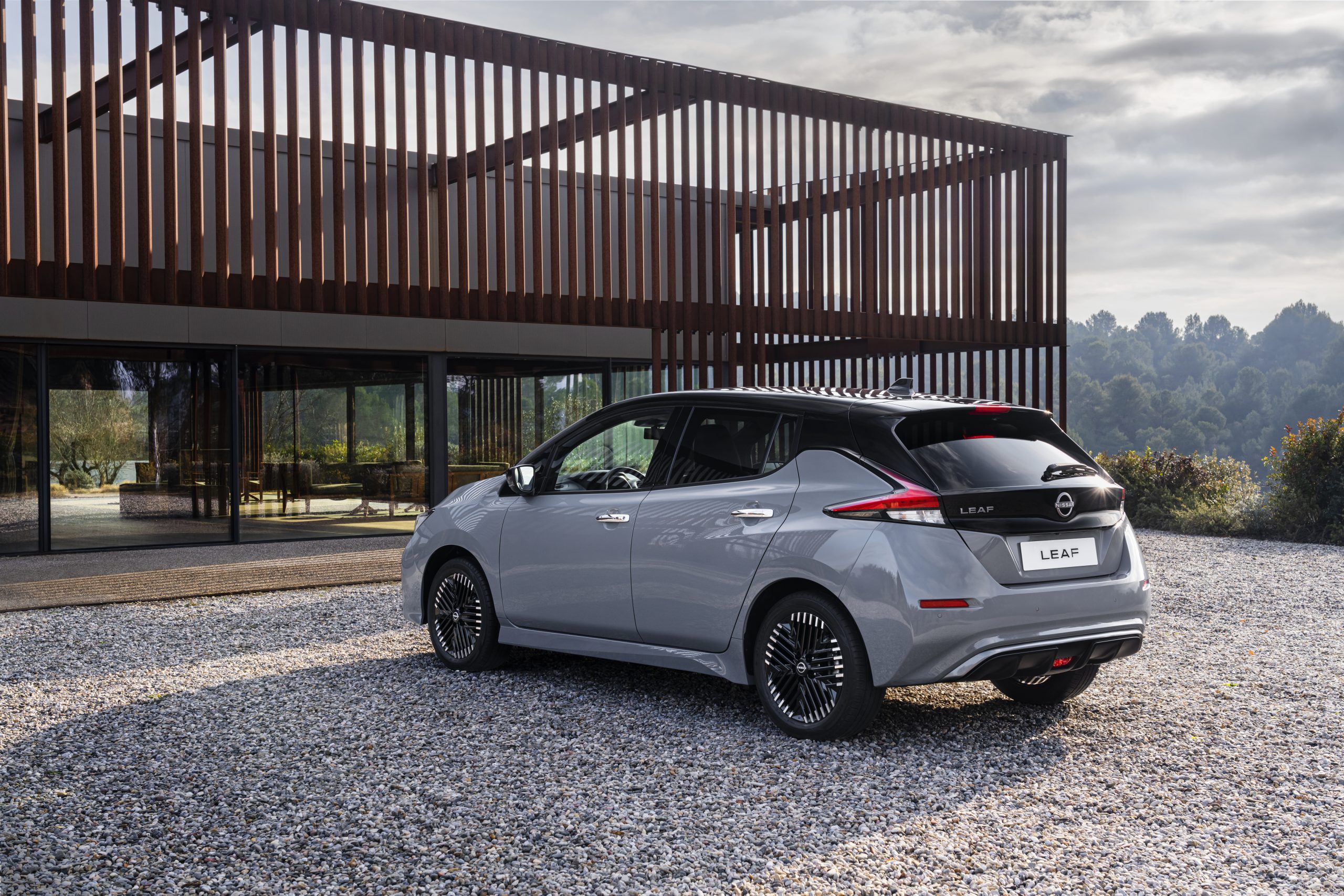 Nissan has released in Europe their latest Leaf all-electric car.

The Leaf was the first mass-market all-electric car when introduced in Japan and America in 2010.

The second generation was launched in 2017.

Being first can be a disadvantage. The inaugural model had a range of 117 km and while this has increased to 364 km and will reach 385 in the new model, its image, and the image of electric cars can suffer because of the low range and the degradation of early battery performance.

The same can happen with batteries in the early Prius but being a hybrid, the impact is less noticeable.

The first Leaf looked a bit dorky at the front with headlights that sat high almost to the front windscreen line, and it was pioneering the no-grille look

The next generation had more modern squinty headlights and a different shaded panel at the front where a typical grille would be.

Nissan is sharpening up the appearance including they say:

And a refreshed line-up of exterior colours,

two battery options, as there are now, the bigger battery gives a range of 385 km (WLTP)

The ProPILOT technology enables LEAF 2022 to automatically stop, start and maintain a safe distance to the vehicle in front

Remote operation of features, such as climate control, are also available through the NissanConnect app, while customers can link their LEAF to their Amazon Alexa1 smart home device for added convenience.

For Australia, the new LEAF will arrive in the second half of 2022. Local pricing and specification will be released closer to the time. 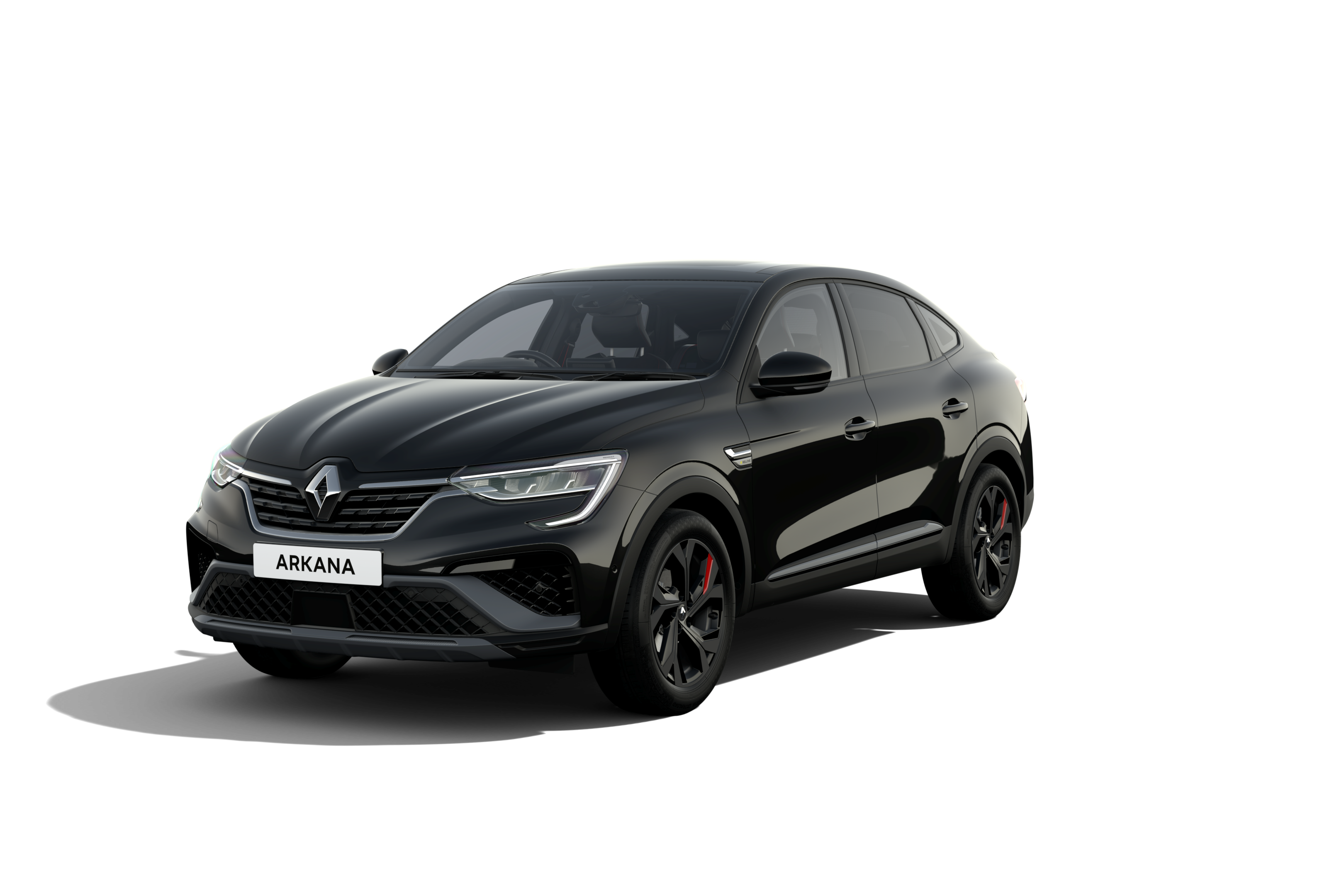 Renault introduced a small SUV, the Arkana, onto the Australian market in August 2021 with three variants the, Zen, Intens and they included in the announcement the R.S. Line.

But the RS line has only just arrived.

It has a 1.3-litre petrol engine, delivering 115kW and 262NM. Euro 6 compliant and its fuel consumption is rated as  6.0 litres per 100km on the combined cycle.

Currently, the Arkana captures less than 1% of the small SUV market. 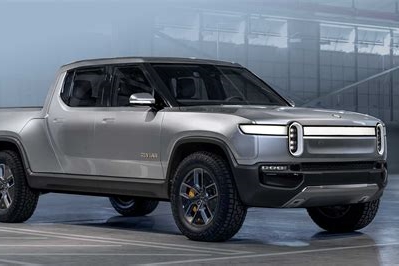 Rivian, the electric vehicle manufacturer who has made great headlines on building utilities to a time table ahead of Tesla, have raised the prices of their yet to be released vehicles by up to 20%

They have linked the price rises to introducing a new dual-motor version of ute and SUV in 2024.

They said the rises were due to inflation, component costs, and supply chain constraints.

Those who have gone a long way to finalising their pre-ordered vehicle will get it at the original price but the others who have pre-ordered but not progressed as far will have to pay the extra if they wish to go through with the deal.

A poll conducted by a Rivian Consumer Group reported that nearly 63% of those who had previously indicated that they wanted to buy a vehicle, will not go through with the purchase due to the price increase. Almost 14% said they would and nearly 24% were undecided.

For those who will look elsewhere, there was a strong push to transitional brands such as Ford and GM. 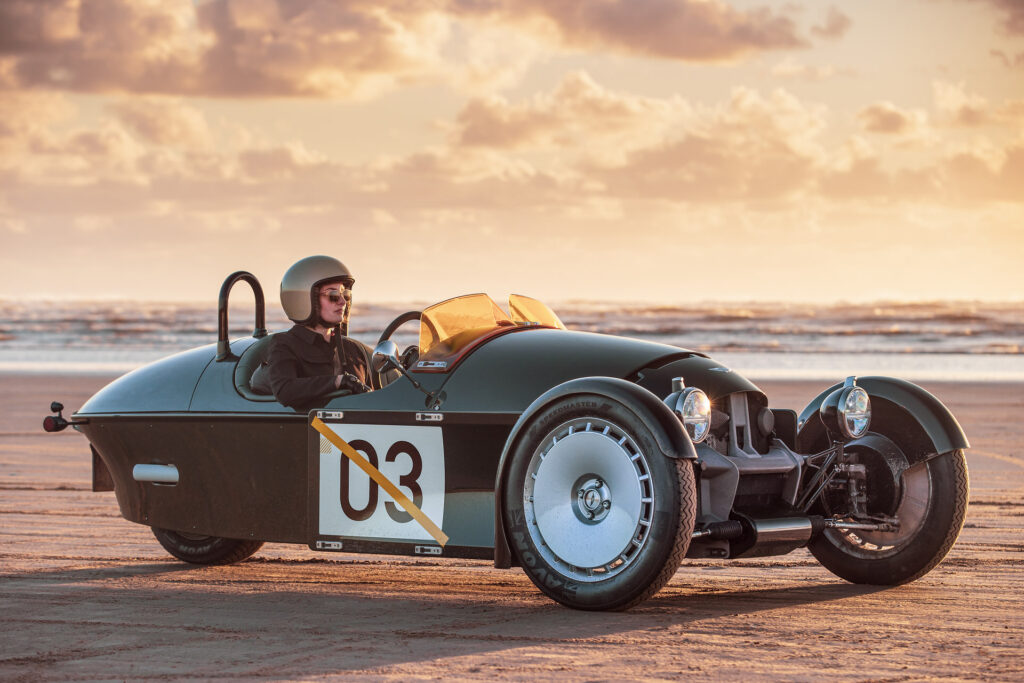 Is there still a market for three-wheeled cars?

Morgan thinks so by announcing an all-new Morgan Super 3.

It is not like the Reliant Robin made famous in the TV series Only Fools and Horses and with the one wheel at the front making for highly questionable stability.

The Morgan has two wheels at the front and one at the rear in an open-top sports car.

According to Wikipedia, Morgan build 850 cars a year

Last year Morgan sold three new cars in Australia, for the whole year. In 2020 they did much better they sold 6.

The new model has 1.3 litre petrol engine with 87 kW of power, a manual five-speed gearbox but only weighs 635 kgs.

They said in their Publicity.

Originally broadcast 5 March 2022  across Community Broadcasting Association of Australia (CBAA) and Torque Radio affiliated commercial radio channels and has a weekly audience of over 450,000.

Driven Media · Overdrive: New on Car sales; Polestar; Nissan Leaf; Renault Arkana; 3-wheel Morgan; Mustang Cabrio
About David Brown 585 Articles
David’s boyhood passion for motor cars did not immediately lead to a professional role in the motor industry. A qualified Civil Engineer he specialised in traffic engineering and transport planning. What followed were various positions including being seconded to a government think-tank for the planning of transport firstly in Sydney and then for the whole of NSW. After working with the NRMA and as a consultant he moved to being an independent writer and commentator on the broader areas of transport and the more specific areas of the cars we drive. His half hour motoring program “Overdrive” has been described as an “informed, humorous and irreverent look at motoring and transport from Australia and overseas”. It is heard on 22 stations across Australia. He does weekly interviews with several ABC radio stations and is also heard on commercial radio in Sydney. David has written for metropolitan and regional newspapers and has presented regular segments on metropolitan and regional television stations. David is also a contributor for AnyAuto
Website

The multi-award winning Kia Sorento has added yet another level of style and refinement to the line-up with the arrival of the GT-Line for the 2017 model range. [Read More]

Kia Carnival – However, arguably the best of the lot is the Kia Carnival and here we list the best seven features, not in any particular order, that make it such an awesome people mover. [Read More]

Hello and welcome to Overdrive, a program that looks at the fantasies and fallacies of anything to do with motoring and transport. I’m David Brown. We’re back with new programs for 2022. [Read More]