Welcome to Overdrive, a program that probes deeply into the issues of motoring and transport.  I’m David Brown

The Hyundai IONIQ 5 is about to hit the market, we get their product manager to tell us why it is such an important car (6:39)

And in quirky news Brian Smith and I look at buses that traveled down train tracks in Australia that was not that long ago. (23:39)

Driven Media · Overdrive: Why the IONIQ 5 blazes new ground; What to look for in a dashcam; Buses on train tracks 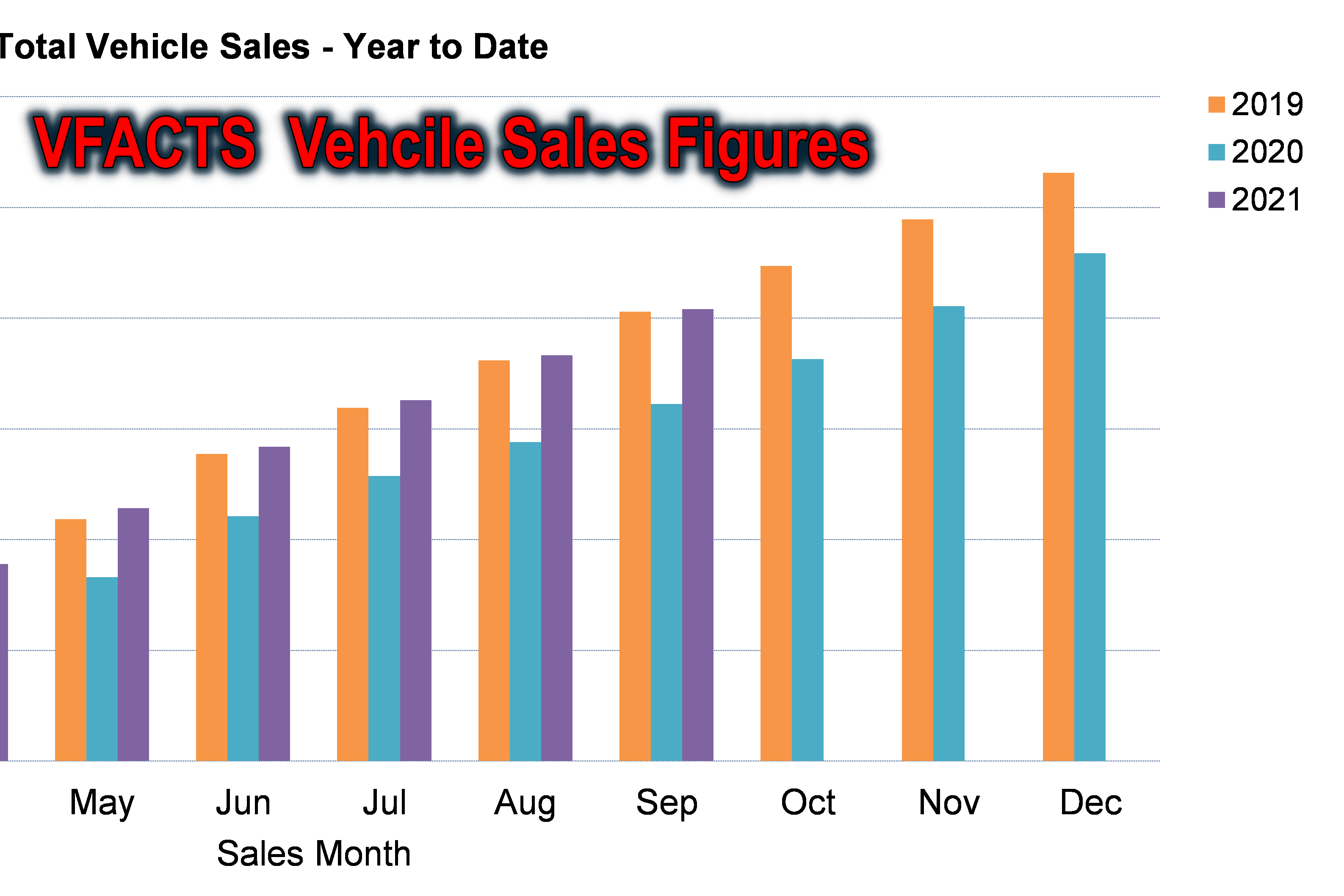 VFACTS Car sales figures in Australia for September 2021 show over 83,000 cars were sold representing a solid 21% growth compared to the poor results in 2020.

A significant comeback in percentage terms has been in the people mover class where sales for the month are over 66% higher.

The stand out leader is still the Kia Carnival which has increased its market share in this class to 60%.  The Volkswagen Multivan has bounced back based on a new model and available supply to a distant third place but the new futuristic Hyundai Staria has yet to get up a head of steam. 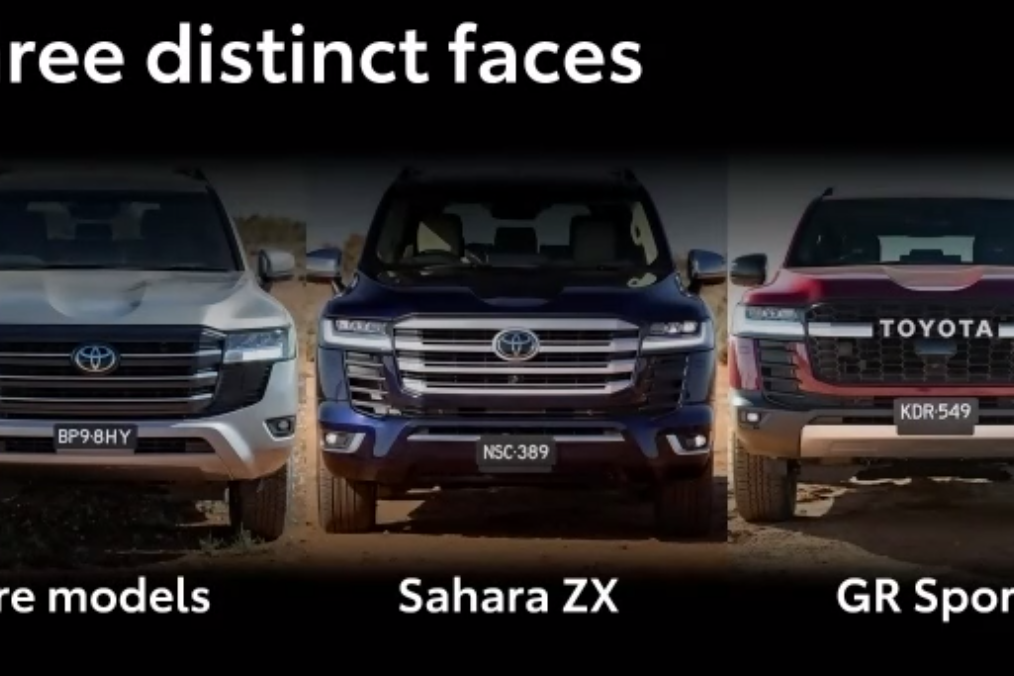 The upgrades on the Landscruiser 300 include a new 3.3 litre V6 twin turbo diesel engine matched to a ten speed automatic gear box. With a power output of 227 kW and 700 Nm this is an increase over the V8 it replaces but it achieves a 6.3% better fuel economy which is rated at 8.9 litres per hundred.

There are two new variants – the luxury Sahara ZX and the off-road-focused GR Sport – joining the GX, GXL, VX and Sahara range.

While the basic shape is the same across the variants, the front treatments have made for a clear distinction in different levels. 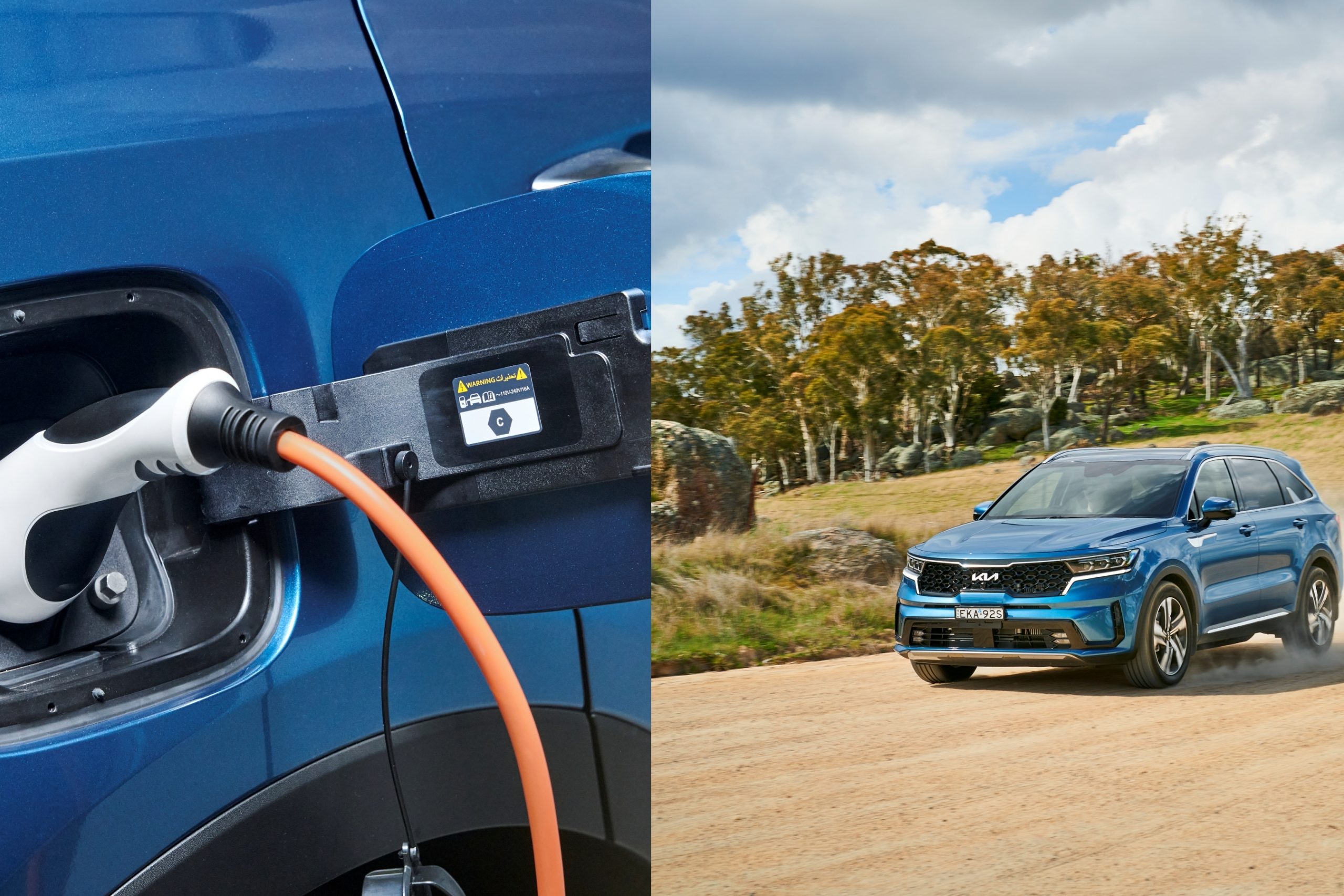 Kia has taken another step in the electrification of its fleet with the launch of the new Sorento Plug-In hybrid model.

This is one version of the fourth generation of the Sorento large SUV that has been designed from the outset to accommodate electrified powertrains.

Sorento PHEV has a relatively modest 1.6-litre turbocharged engine added to which is a transmission mounted electric motor with a total of power of 195kW and 350Nm of torque.

The efficiency of this vehicle is that it can, with a full charge, travel 68 kilometres on battery power alone which suits many urban based vehicles. On long trips you can rely on the petrol engine alone. 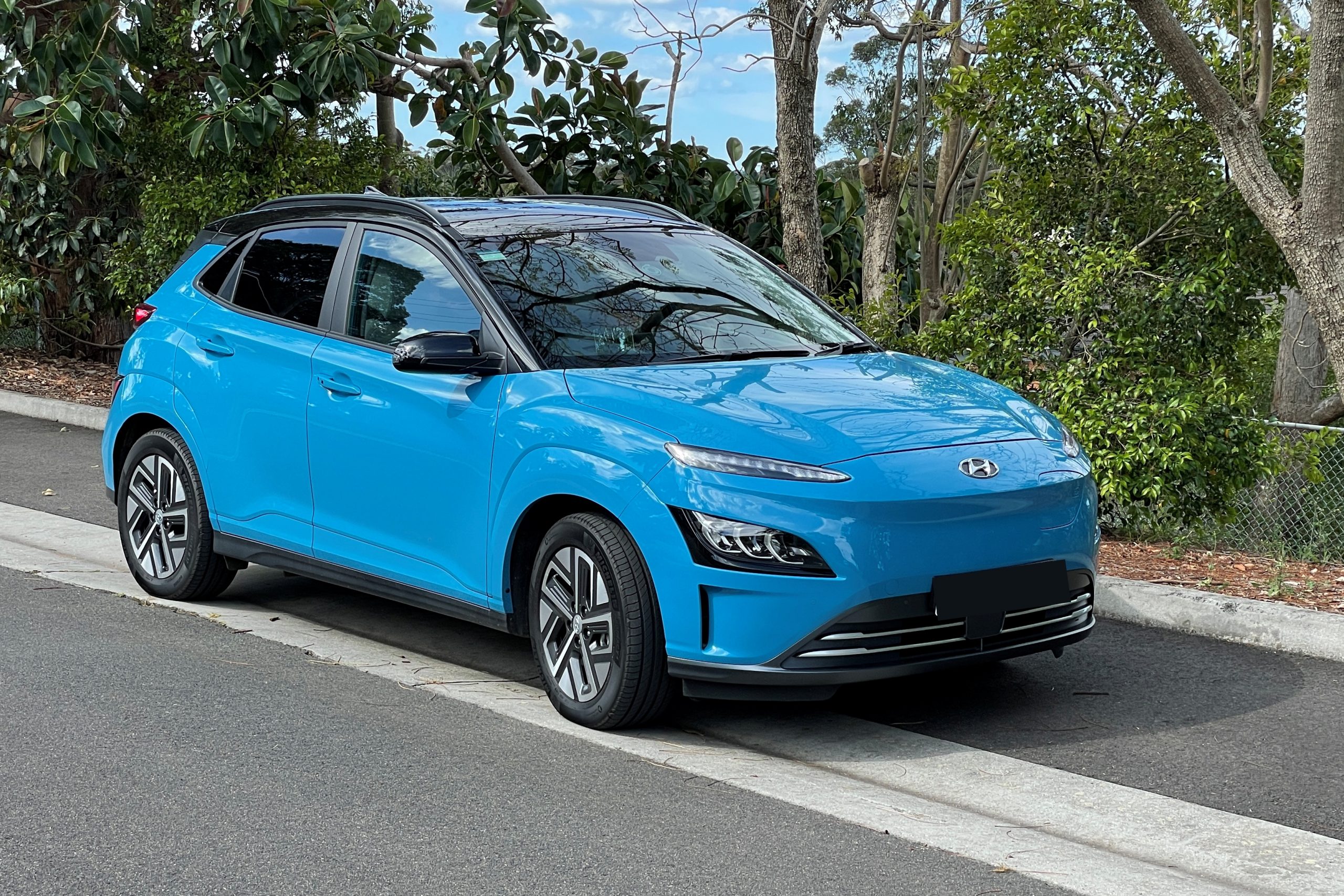 The first question usually asked about an all-electric vehicle is how long is the range. A better question would be “How are you going to use the vehicle”.

Every car has some compromises. A small car while typically cheaper to own has less room for passengers and luggage. A large car can perform better but is harder to park and is usually more expensive.

By reducing the size of the battery Hyundai has now released a cheaper model of the electric version of its Kona small SUV. The compromise is that its range is 305 kilometres still better than many other models.  But the average car in Australia covers only 270 km a week so the Kona could suit many situations on one weekly charge.

It’s still not a low-priced vehicle with the base model Elite at $54,500 plus on roads. The extended range model will cost an extra $6,000. 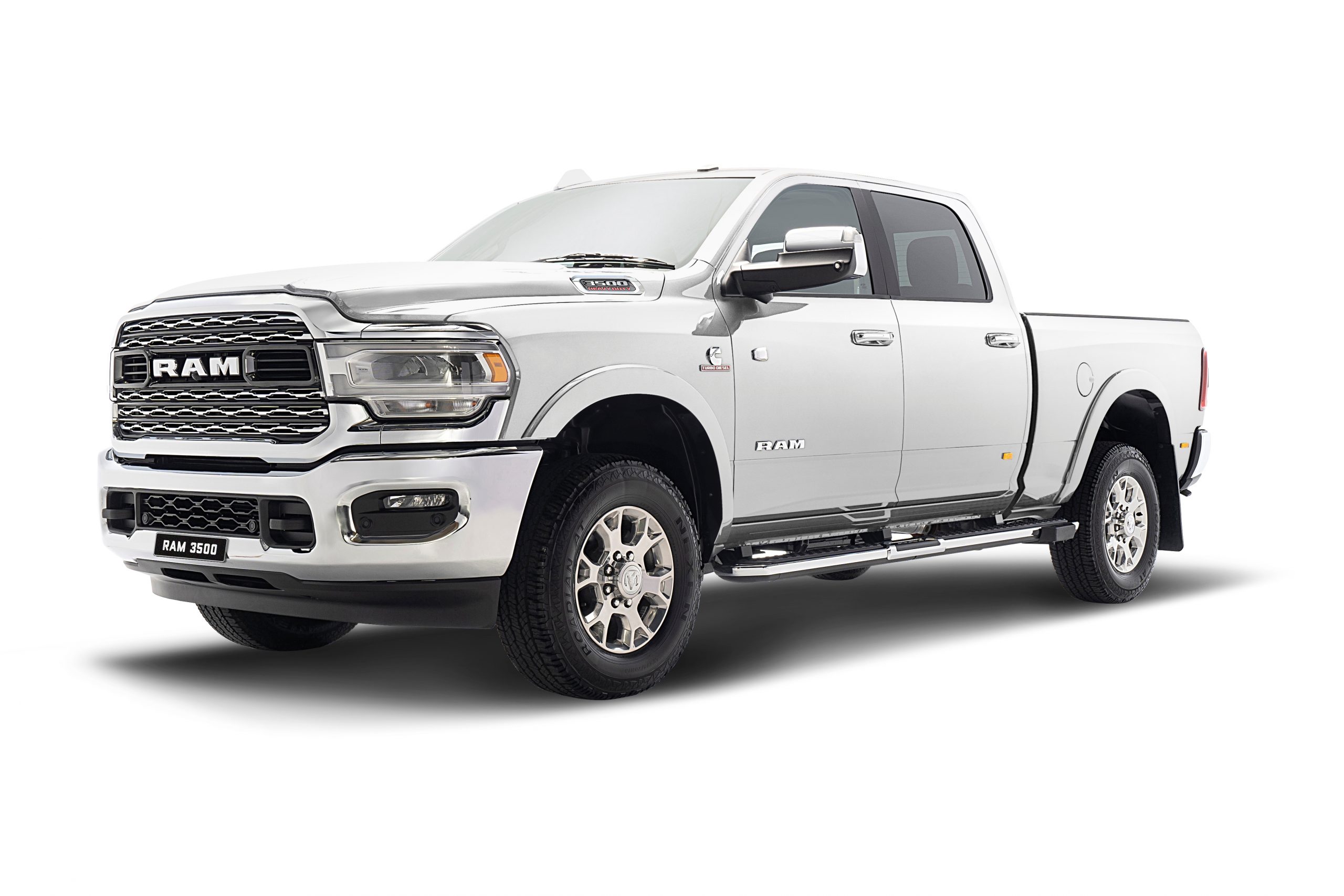 RAM trucks offer Australian customers the opportunity to have a big American pickup.

And they have now launched an all-new version of their biggest truck the 3500.

At over 6 metres in length, weighing 3.6 tonnes, it is powered a 6.7-litre inline 6 Cummins® turbodiesel, with an almighty 1,152 Nm of torque , They say it can tow up to 8.0 tonnes on the proviso that it is fitted with an appropriate tow hitch and air brakes to suit the vehicle and trailer.

It has a six speed automatic  and four wheel drive.

There are many opinions about driver distraction but there has not been an extensive research history on the effectiveness of in-vehicle warnings to drivers.

Christine Mulvihill, a research fellow from Monash University has just delivered a paper to the Australasian Road Safety Conference on driver distraction from the Human-Machine-Interface Warning System.

The research was supported by Finemores and Volvo.

Christine describes what they did

So we put the drivers in Purpose-built truck driving simulator and we had them drive for probably about 20 minutes. And during that 20 minute drive, we interspersed some we got them to engage in some distracting activities, which was typically a text messaging task. And then we would issue the warning and then we’d issue the second level warning because our system had two levels of warning. And then we got the driver to pull the truck over and we interviewed them. We got them to fill in a series of scales to rate the effectiveness of the warnings. And we got them to just give us some feedback about that. And we did that about five times for the different variations of the warnings that we tested.

Originally broadcast 9 October 2021  across Community Broadcasting Association of Australia (CBAA) and Torque Radio affiliated commercial radio channels and has a weekly audience of over 450,000.