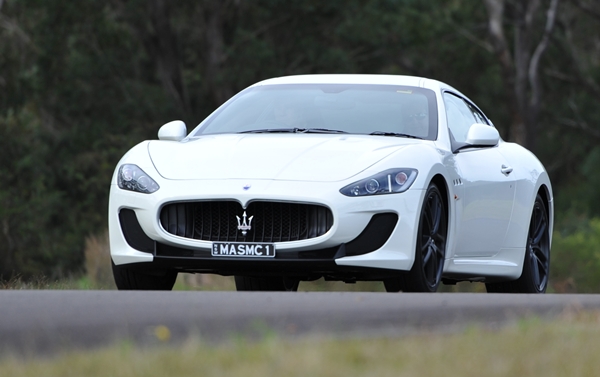 The Maserati GranTurismo MC Stradale has arrived and is leaving showrooms as quickly as it appeared and with just a strictly limited number available, securing one means moving almost as quickly as the latest Maserati itself!

“From the moment it was announced we have had enthusiasts wanting to get behind the wheel of the first production Maserati to break the 300 kmh barrier,” says Glen Sealey, General Manager of Maserati Australia and New Zealand. “The Maserati GranTurismo has already been praised for its performance, driving experience, style, features and equipment.

With the GranTurismo MC Stradale not only has the sound of its fabulous engine reached a new crescendo, so has the praise for this unique and exclusive Maserati Coupe from those already lucky enough to have slipped into its carbon fibre racing seats, grasped its leather coated steering wheel, engaged gears with its carbon fibre paddles and pressed its aluminium racing accelerator pedal.” 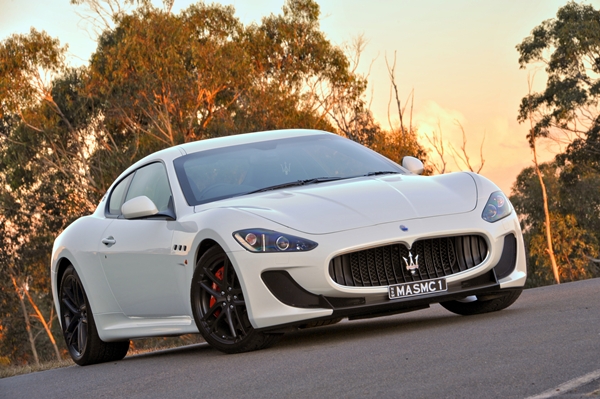 “Existing Maserati owners have been attracted to the MC Stradale by how it has taken all the things that they adore about the GranTurismo to a new level, while prospective owners have discovered it provides what is almost an automotive holy grail – a car that has the power, handling and ability to cut the mustard as a track day car but also the refinement, comfort and luxury of a performance coupe.

In the past it has been a case of either/or, with the Maserati GranTurismo MC Stradale it’s a definitive ‘and’ to produce a uniquely capable performance car on and off the race track,” explains Mr Sealey.

Changes have been made throughout the Maserati GranTurismo S to transform it into the MC Stadale. Its race-bred heritage is highlighted by a 110 kg weight reduction from the GranTurismo S, with its dry weight down to 1670 kg. It mirrors the advantages Maserati has in racing by retaining the optimal 48%/52% weight distribution to ensure handling balance and even tyre wear. 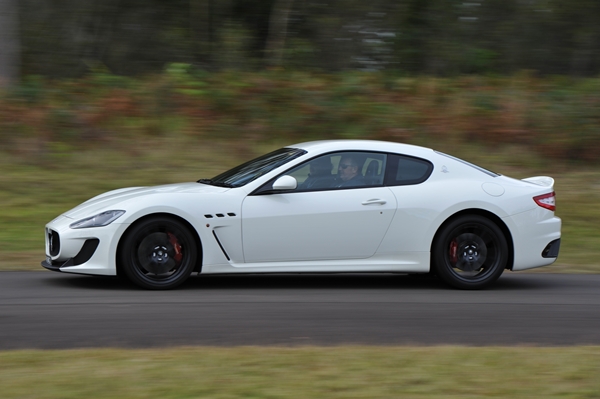 The Maserati GranTurismo MC Stadale uses advanced electronics to slash gear-shift times from the upgraded MC Race Shift electro-actuated transaxle gearbox to just 60 milliseconds. It is also the first Maserati in history to have a dedicated Race mode to add to its upgraded Automatic and Sport modes in a simplified dash layout. It produces more aerodynamic down force without producing more aerodynamic drag, it produces more power without using more fuel and it is more agile.

The GranTurismo has long been praised for its refinement and while extensive changes have been made to the suspension, which is lower and fitted with larger anti-roll bars; this has been done without sacrificing the GranTurismo S’s highly praised ride quality.

With the removal of the rear seats, it is the first two-seat Maserati since the MC12 and has also benefited from new Brembo carbon-ceramic brakes, custom-developed Pirelli tyres, a unique suspension layout and carbon-fibre, race-inspired seats. 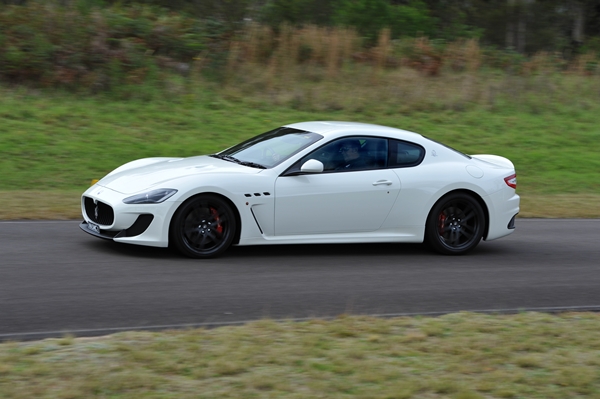 Visually, the GranTurismo MC Stradale has changes made to the front and rear bumpers, the front guards, the bonnet and the boot lid, aimed at boosting down force and aiding engine and brake cooling. Inside materials derived from the racing variants, in the shape of carbon fibre and Alcantara, are used extensively. Carbon fibre racing seats are standard and the instrument pack has been changed to allow for the changes to the car’s dynamic systems.

The result of these changes is to produce a car with three distinct characters. In race mode, the MC Stradale is poised and ready for track days or the most demanding roads with every response and element of the car finessed to the highest level for instant response. In Sport mode the epic performance is fully available but delivered in a more subtle manner, making it suitable for everyday use, with the responses of a thoroughbred sports car and the comfort of a continent-swallowing grand touring car. Auto mode is, to all extents and purposes, stealth mode, with the performance and ability available but hiding behind a veil of relaxed comfort, quietness and refinement. 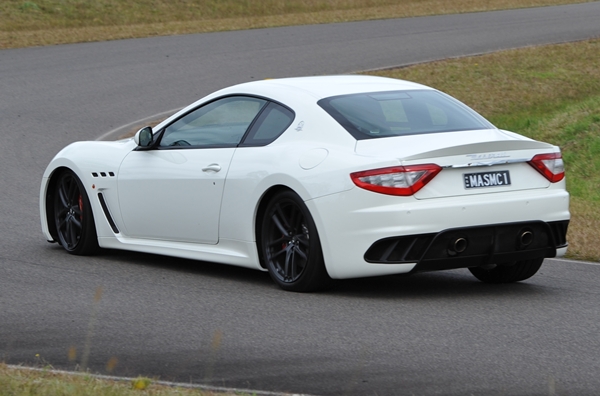 Available in limited numbers, deliveries of the Maserati GranTurismo MC Stradale have now begun with a recommended retail price of $364,900, excluding statutory charges, on road costs and dealer delivery charges.

The 2018 Maserati GranTurismo, the latest iteration of what is the epitome of the legendary Italian car maker’s grand touring sports car, has arrived in Australia with a host of refinements and improvements [Read More]

Maserati Roadshow in Adelaide by Invtation

Maserati Quattroporte, Ghibli, GranTurismo MC Stradale and GranCabrio MC in Adelaide this weekend. The Maserati event is by invitation only, but further information may be requested by contacting Maserati by e-mail on mhargreaves@ateco.com.au [Read More]

Melbourne and the 2011 Australian International Motor Show will be the scene for two new Maserati models to make their public debut, with the Maserati GranCabrio Sport making its first public appearance in Australia and the Maserati GranTurismo MC Stradale [Read More]