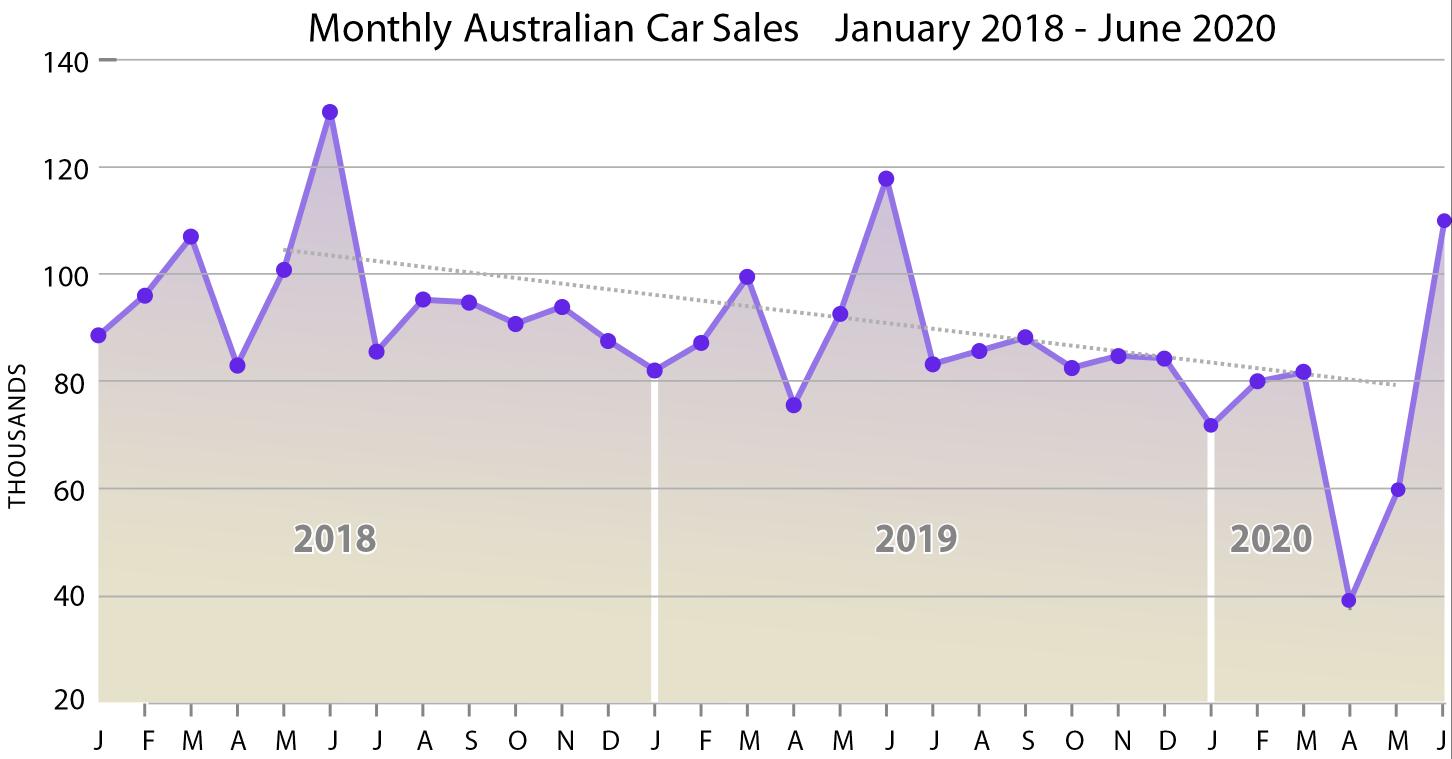 Vehicle sales figures from VFacts show that the market has bounced back a little since the catastrophic months of March, April and May. Sales are still down 6.4% for June but this is in line with a long-term sales decline for the last 27 months.

Some of the results are likely to be catch up from the previous few months when the impact of COVID-19 decimated car sales. For the first six months of the year, sales are down 20% on last year.

Four-wheel drive utes, light commercial vans, heavy trucks and prestige cars such as Audi, Lexus and BMW had good results for the month. The super luxury vehicles such as Ferrari and Lamborghini did not do well.

Low priced cars from China such as Haval and MG and motor bikes in general have done especially well in percentage terms.

Some winners in Car Sales figures

March 10, 2020 David Brown Reviews Comments Off on Some winners in Car Sales figures

There is bad news and some good news from the first month car sales figures in 2020.  David Brown notes that finally Audi have something to crow about. [Read More]