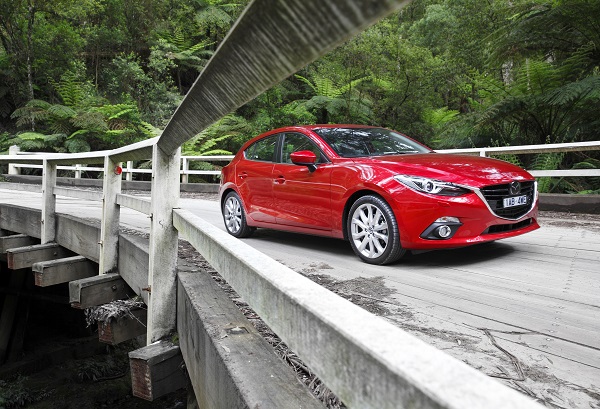 The Mazda3 has long been one of the highest selling cars in Australia. In fact the total number of cars sold since its launch in 2003 now exceeds 3.9 million units and it held the title of Australia’s highest selling car in 2011 and 2012 – coming in a close second to Toyota’s Corolla last year. For years Mazda have kept the winning recipe untouched, but 2014 brings the launch of the all new Mazda 3 range. After an extensive pre-launch campaign, it’s with pleasure that I am able to announce the much anticipated Mazda3 will be on sale in dealerships this weekend. Today, I had the opportunity to put the new range through its paces in the Adelaide Hills and Barossa Valley region.

First of all, I want to acknowledge all the research, dedication, adjustments and attention to detail that Mazda has poured into this new range. Many people do not recognise the intensity of the process that results in the car we see today. The Mazda3 is a true reflection of the hard work of a dedicated team. Masamachi Kogai, Mazda’s CEO and President, conveyed to us his continued focus of functionality and striking a balance between styling and engineering across the Mazda range. As his first international press appearance, it is clear just how invested and confident Mazda is in the new 3 range’s success. 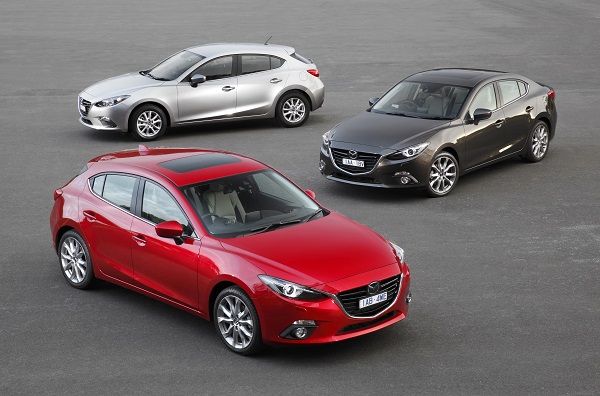 The previous range featured the Neo, Maxx Sport, SP20 SKYACTIV, Diesel and SP25 all available in both hatch and sedan. The Neo, Maxx Sport and SP25 were all available in either 6 speed manual or 5 speed automatic. The SP20 SKYACTIV however was only offered in the automatic (6 speed) while conversely the Diesel was only offered in manual. The all new Mazda3 range has dropped the diesel variant but has given the option of manual or automatic transmissions across the range. The new Mazda3 range consists of the Neo, Maxx, Touring, SP25, SP25 GT and SP25 Astina. Prices range from $20,490 to $38,190. 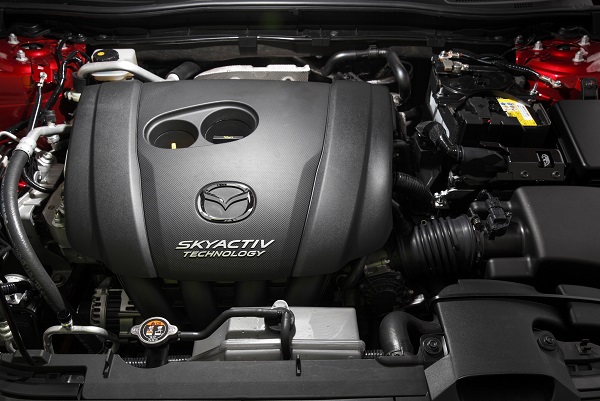 Kenichiro Saruwatari the product manager for new Mazda3 describes the car as an innovating sports compact car and assures us that it “brings together the very best Mazda has to offer”. This includes Mazda’s very first heads-up display, available in the SP25 GT and SP25 Astina and of course SKYACTIV technology, which Mr. Coleman prefers to refer to as “a philosophy”. This new engendering philosophy incorporates two components: a holistic approach to designing the vehicle and stripping back the design to basic fundamentals. Essentially, Mr. Coleman said disregarded all previous design and focused simply on minimising distractions, ease of use and specifically catering to the owner’s ever-growing needs. In my opinion, they have achieved above and beyond in this department. 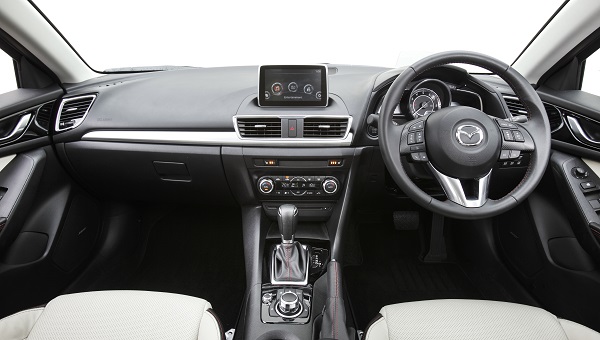 The Mazda3 is the third vehicle Mazda has applied the KODO design philosophy to – expressing dynamic motion and aims to capture a customer’s heart at first sight. The body of both the sedan and hatch have a powerful stance, fluidic lines and a tailored lift towards the rear enhancing the sporty appeal. The new 3 range is available in eight different colours including a bold metallic Soul Red and my personal favourite, Meteor Grey.

Interior wise, the Mazda3 is in a class of its own. Mazda’s design team relentlessly focused on designing the car around the occupants needs and minimising distractions to ensure optimum safety. The layout is functional, intuitive, clean and over-all very visually appealing. By scaling back to fundamentals, Mazda has ensured that all the information you need is at your fingertips without having to shift your attention off the road. 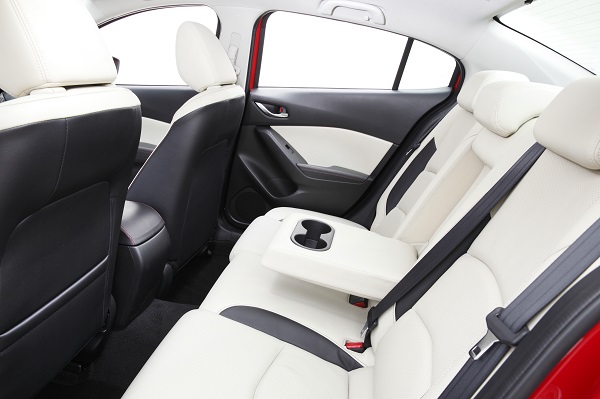 Mazda has incorporated some seriously cool technology that has previously not been available in this small car segment. Available with differing models throughout the range are a Mazda first head’s up display, 7inch colour entertainment screen with access to the Stitcher, Pandora and Aha apps, satnav with live traffic and weather updates, up to 9 speakers, push button start with keyless entry, heated seats  and much more! A particularly handy feature I found was the option to connect your phone as audio and phone, audio only or phone only. The top of the line SP25 Astina also featured 2 USB inputs, AUX and SD Card reader while the introductory Neo still featured a USB and AUX input.

The CD player has been positioned down low in the centre stack, allowing the air-conditioning controls to be moved higher, shortening the visual distraction time when making adjustments. It is little details like this that combine to create a cohesive and intuitive interior that minimises cognitive, visual and manual distraction while ensuring ease of use for all occupants. 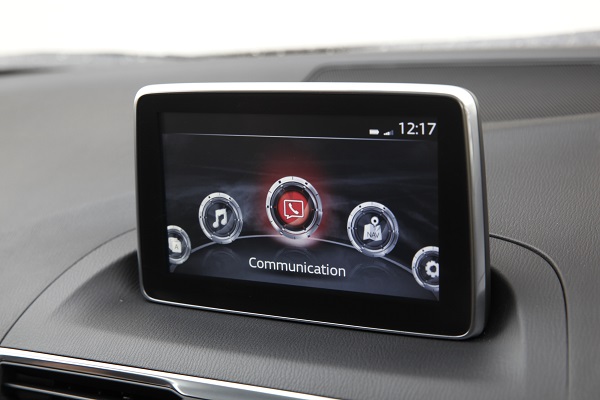 The driver’s dash display has received a whole new design that focuses solely on proving only necessary information easy to recognise at a quick glance. The top of the line SP25 Astina features an analogue tachometer with a corner dedicated to a digital speedometer to complement the heads up display. This layout works fantastically while driving! I was a little disappointed when I jumped into the entry Neo and discovered Mazda had reverted to the analogue speedometer. One of the most impressive features was the responsive and direct steering that Mazda has put a lot of effort into developing. Electronic power steering that is light around town yet tightens up and provides more feedback when heading around corners. Mr. Coleman describes it as “more of a shift back towards manual steering feeling with the low effort of a hydraulic steering”. 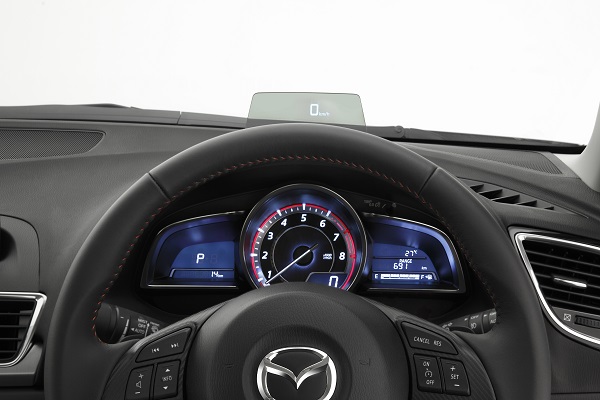 At the launch I was able to drive the 2.5L automatic SP25 Astina sedan and the 2.0L manual Neo hatch. The 2.5L engine is defiantly the pick of the bunch; however the 2.0L does no wrong for city driving. In the SP25 Astina we sat comfortably on 110-120km/hr at around 2,100rpm and averaged 7.9L/100km. The drive was a little noisy but overall comfortable, responsive and direct. In the Neo, the first thing I noticed (as a fairly novice manual driver) was how easy the clutch was. It has a reasonably high uptake and the shifts between gears were effortless. The 6th gear has a wide band and although a cruising gear, it still allows a reasonable amount of acceleration. We averaged a comfortable 7.2L/100km. All are equipped with the i-Stop/Start system. 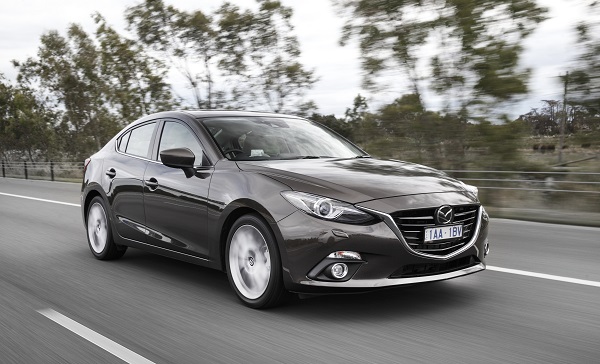 As to be expected, Mazda has left nothing to chance in the safety department. Yet to be rated by ANCAP, the Mazda 3 2014 models achieved a 5-star Euro NCAP rating and all feature six airbags, ABS, hill launch assist, stability and traction control.  The top of the line Astina already comes equipped with the i-ActivSense technology that includes blind-spot monitoring, rear cross-traffic alert, and Smart City Brake Support. These features are available in an optional ‘Safety Pack’, ranging from $1500 in the Neo, Maxx, Touring and SP25 down to $1300 in the SP25 GT. All variants except the Neo have a reverse camera. While the reasonably priced Safety Pack option is available, I would have liked to see Mazda take a step ahead in the industry and incorporate a lot more of this as standard. We all know that not many people actually opt for the safety packs and given the death tolls on Australian roads, drivers should have all the available safety features they can. So my message to you readers is – pay the extra $1,500. Safety comes first guys! 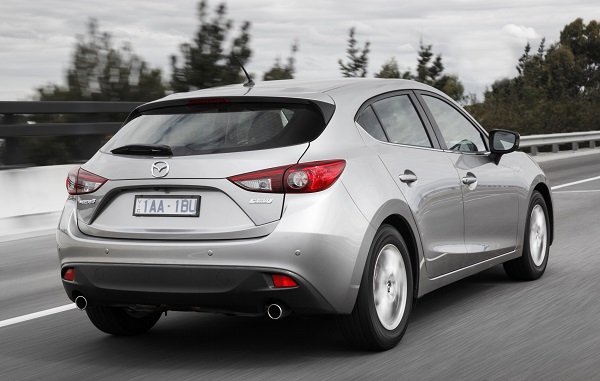 The entire Mazda Australia team are confident they will be able to re-claim the title of Australia’s Top Selling Car this year, and after my test drive, I don’t doubt that. The attention to detail has made every-day driving easier, safer and more intuitive while also being competitively priced and featuring the latest entertainment technology. Make sure you get down to your local Mazda dealer this weekend, as over 74,000 people have registered interest in the new vehicle. To quote Alastair Doak, the Director of Marketing, there really is “a Mazda3 to suit everyone’s needs, wants and budget”. 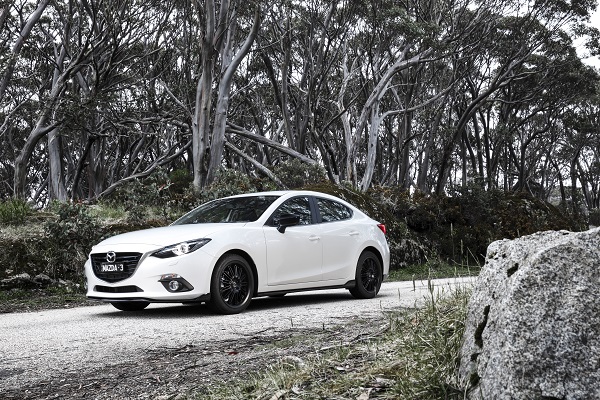 Mazda3 – Watch out Golf, Corolla, and Astra. Mazda3 blitzes the lot for cabin quality. Looks are a matter of taste, I think it wins there too. The drive was incredibly comfortable and you’d almost manage a Sydney/Brisbane drive on a single 51L tank of juice. [Read More]

Mazda CX-9 As an overall package the Mazda CX-9 is a competent, mature vehicle that does what it is meant to do very well. [Read More]

The new MINI John Cooper Works is the most powerful MINI to ever enter serial production. The flagship performance model of the MINI range features a 2.0 litre, four-cylinder TwinPower Turbo engine, producing 170kW and 320Nm of torque. Translated to the tarmac, the new MINI John Cooper Works accelerates from 0-100km/h in 6.1 seconds when optioned with a six-speed Steptronic sports transmission. [Read More]