Some times outward appearances can be deceiving.

I know Alan Finlay as a well presented and respected professional traffic engineer.

I knew he liked cars I didn’t realise his adventurous background when he raced an EH Holden.

Here is an interview with Alan about his family background and his own experiences with Holdens.

DB: Alan Finlay is a great friend of the program and is a respected traffic engineer and transport planner. His family has had twelve Holdens over the years with a predominance in the early part, I believe.

DB: Alan, I looked at your first six cars, the first five from an FJ to an EH were Specials and the next one at HK was a Premier. Were you the rich family in the street we all envied?

AF: No, not at all, though. We were very much a middle-class family, but something I don’t know what it was in 1969, probably with a bit of goading from me, convinced my father that he should go up a level and get the premier for his next car. The other thing I remember about that car is that I talked him into the more powerful 186S six-cylinder motor rather than just the one eight six.

DB: The S wasn’t a performance car but even the special ones I mean they were special but they weren’t special in any sort of luxurious way that we come to know now.

AF: Absolutely not. I mean, the FC Holden, I remember well, which was my mother’s car, which was bought secondhand. I think when I was about 4 years old, I remember some very cold trips in that car going up to the Blue Mountains in winter with no heater and of course, no radio. And we all had to take blankets and other stuff to keep us warm.

DB: And that was the special. Now, you raced an E H. Holden was their great success with that.

AF: I wouldn’t say great success. It was a bog-standard, Holden EH1 7 9 manual, so it had a large 179 cubic inch motor and manual transmission. It was not the much-coveted S4, which was a special Bathurst edition that Holden put together to try and win us, which had slightly better brakes and a few other things. But I wouldn’t say it was greatly successful. But in its class, which I think was in 2000 to 3000 cc category for standard production cars on a good day, I could be up in the sort of second or third place, get a situation.

AF: They were. Yes. And thankfully, mine stayed on the back of the car and didn’t become a belt buckle, which happened to a lot of other 179 batches.

DB: I remember my headmaster got extremely angry when a young kid stole one from outside the school on the back of a car. The EH that you raced went out with a bang? 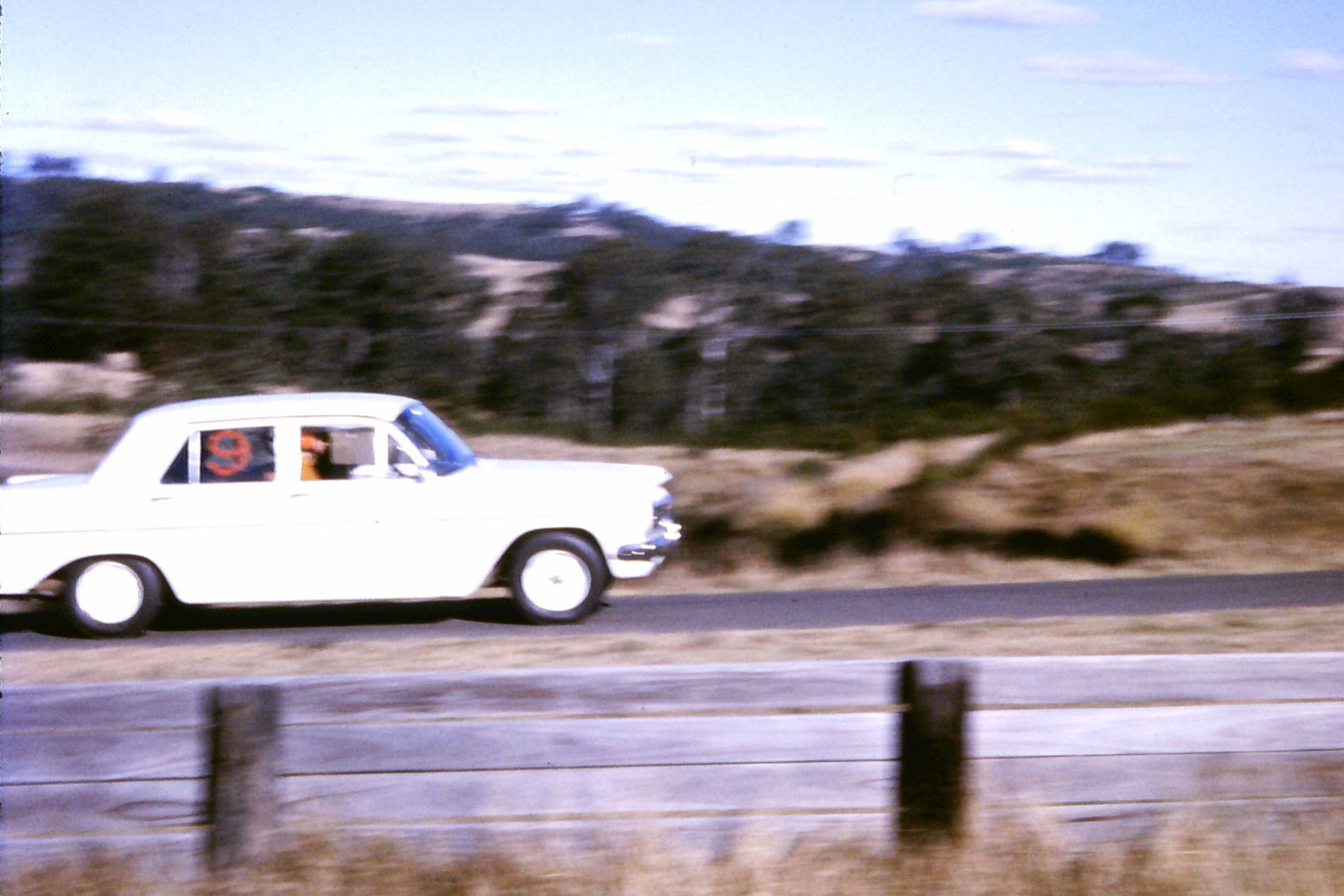 AF: Yes, it did. I was competing at a hill climb at Amaroo Park in the early 70s and trying to better my times. It was towards the end of the day. And I think I’d had about six runs and I was going for a really good time on what would have been my second last run. And as I revved the car to its limit in first gear, I heard an almighty bang and I thought the worst. I thought I’d blown the motor. But as it turned out, the bang was created by one of the fan blades coming off the fan and actually almost piercing right through the bonnet.  The fan blade was actually sticking out through the bonnet, and thankfully the rest of the motor in the car was alright. So the solution was to actually remove the whole fan blade assembly and then another frame friendly and helpful competitor managed to have a hacksaw in his tool kit and so we sawed off the other half of the blade that was still attached to the assembly and put it back on the car. So I limped home with a two-bladed rather than a four-bladed fan. Thankfully, didn’t get stuck in heavy traffic, so didn’t overheat.

DB: You did that for balance, didn’t you?

Yes, absolutely. Because otherwise, it had three blades on the fan and of course, one of them was completely offset by not having its mate on the other side of the hub. So it would have been a very noisy and vibrating sort of operation of the engine if we hadn’t taken the other blade off. 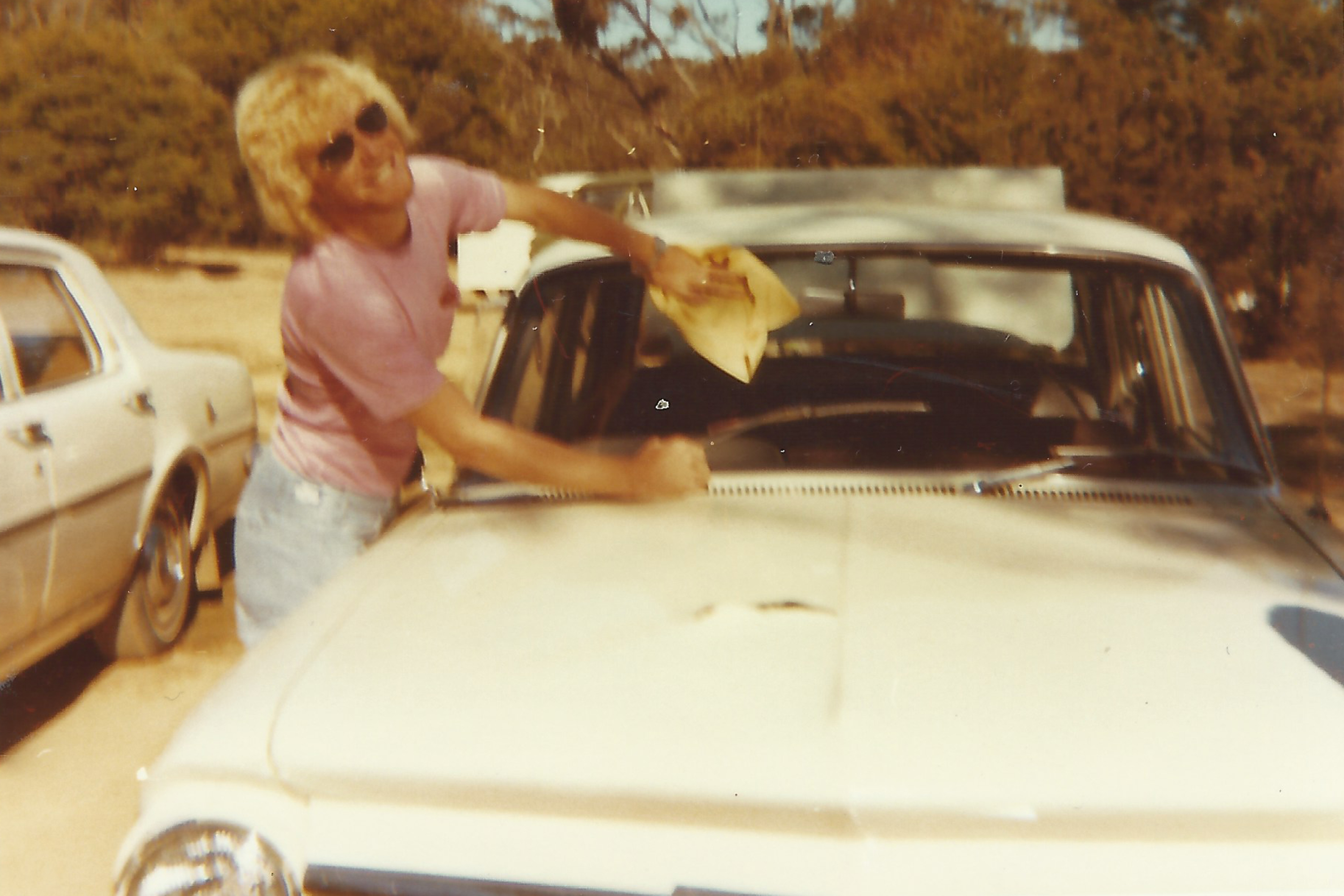 DB: It seems like your early family was somewhat devout to the Holden cause, you were a bit more ecumenical, weren’t you? You’ve had quite a few, but you’ve also had quite a range of other cars.

AF: Yes, I am. I mean, I was always a very keen fan. I guess my first car being the. There’s a lot of sentimental attachment to the brand. And then I bought a Torana after that. But then I started to I was always a very avid reader of Motor Magazine, so I started to read about all these exotic European and other sorts of cars. So my next car after the Torana was an Alfa Romeo Alfa Sud. And I regret to say that’s probably turned me off Alfa Romeos for the rest of my life. That was a very unreliable car. It was great when it was going well, but that wasn’t very often. So then I went back to  Holden. I had a series of company cars that were Holden’s. There was a lot of choice in the company that you know well. But when the novated lease arrangement started to be introduced, that opened up a lot more possibilities in terms of the variety of cars. 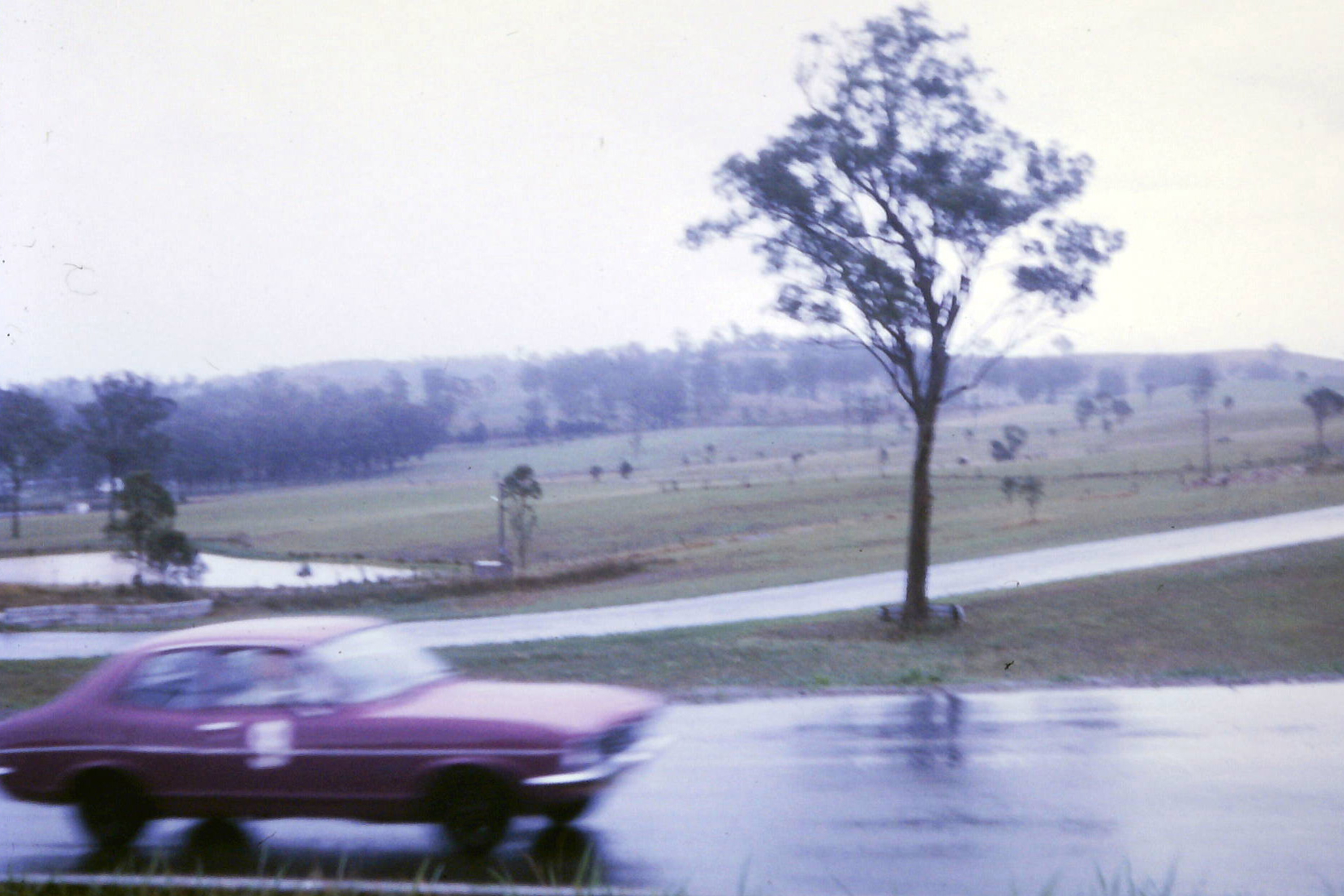 AF: So when I went for my last commodore, the next car I bought or had through the company car arrangement, was a Subaru Liberty wagon. And that appealed to me because of the all-wheel-drive nature of all Subarus and also they had very good safety ratings and the wagon was a very practical arrangement for the family car at the time.

DB: It’s perhaps a reflection of the demise of Holden, isn’t it? That company rules began to change and gave you more flexibility. And of course, overseas, Japanese cars began to produce some very high-quality cars, which weren’t necessarily as lumbering as perhaps some of the homegrown product might have been.

AF: You’re very right there about reliability and the variety of the offerings. Holden at the time when I was thinking about buying a wagon, it was basically a Commodore wagon, or I think by then even the Camira had met its demise. So there was no sort of smaller wagon available.

DB: And I just found that the overall packaging of the Subaru was much better than the Holden in the sense that it used the space much more efficiently. The Holdens were, as you say, a bit lumbering and a bit bigger than they really needed to be in the bodywork without offering a whole lot more interior space or practicality.

DB: Did your parents forgive you for leaving the fold?

Yes. Look, I think even dear old dad, I think he’s last, hold it, which I forgot to put in that list, by the way. That was an HJ Premier. And that was actually a 4.2 V8  That was the one and only V8 that the family has ever had. And he hung onto that car probably much longer than he really should have. And he went from that into a Toyota Camry. So that was the end of the Holden line up for our family.

DB: He would have spent much less on petrol.

AF: Absolutely. And in fact, that was the time when I think I convinced my father and mother that they really could do with just one car rather than running the two that they had been running. And so the Camry was a pretty good compromise between the Holden premier and a Ford Laser. See, a Ford actually crept into the family at one stage, too.

DB: Oh, was that a Struggle?

AF: A four-letter word?  It wasn’t really a struggle. The Ford Laser, which was my mother’s car, replaced the Holden Torana, which again had lasted a long time. I think that 1970 Torana lasted through to 1982 from memory. So 12 years was pretty good run. But again, you know, when we were looking at the time and I was helping them with that decision, I said, well, there are now some pretty good small cars around which are probably easier to drive and a more sort of practical interior space and science. So that’s why they went for the Ford Laser. And that was a pretty good car, too, I remember.

DB: Well, General Motors and the products that they got into Australia were never particularly good in those small practical cars? Was it quite logical for you, your mother, to make that sort of step, given the offerings that were around from GM?

AF: Yes, I think so. I think at the time there were probably Camiras available at that time.

DB: I think that proves my point.

AF: Well, I might just remind you, David, that the camera was at one stage the Wheels Car of the year. I think so. You never know.

DB: I interviewed a more recent editor of Wheels where they are trying to pick the best ever car of the year. And someone mentioned the Camira and the editor then said he was sent to the naughty corner.

AF: Yeah. So it probably wasn’t one of their best picks. But you’re right at General Motors, I think then I don’t think they did themselves any favour by their choice of some imported cars or some overseas brands which they rebadged as Holdens.

AF: And probably a low point was when they change from the European sourced, Barina, and change it over to, I think something that was sourced from Korea. And the same with the later model Holden Cruizes, which were based on a Daewoo brand from Korea. I don’t think they were terribly successful in terms of doing much for the Holden Badge.

DB: Yes, indeed. The Daewoo was not their crowning glory of acquisition. Alan. That’s lovely to talk to you. Thank you very much for your time.

DB: That’s Alan Finlay, a person who came from a family of devout Holden owners for a while until final reality settled in with times that were a-changing.

About David Brown 232 Articles
David’s boyhood passion for motor cars did not immediately lead to a professional role in the motor industry. A qualified Civil Engineer he specialised in traffic engineering and transport planning. What followed were various positions including being seconded to a government think-tank for the planning of transport firstly in Sydney and then for the whole of NSW. After working with the NRMA and as a consultant he moved to being an independent writer and commentator on the broader areas of transport and the more specific areas of the cars we drive. His half hour motoring program “Overdrive” has been described as an “informed, humorous and irreverent look at motoring and transport from Australia and overseas”. It is heard on 22 stations across Australia. He does weekly interviews with several ABC radio stations and is also heard on commercial radio in Sydney. David has written for metropolitan and regional newspapers and has presented regular segments on metropolitan and regional television stations. David is also a contributor for AnyAuto
Website

Can someone love a 1981 Daihatsu without any technical knowledge?

September 21, 2019 David Brown Motoring Minute Comments Off on Can someone love a 1981 Daihatsu without any technical knowledge?