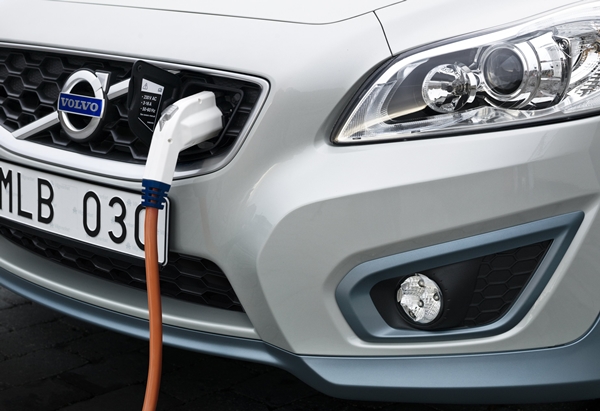 At the 2011 Geneva Motor Show, Volvo Cars will unveil the V60 Plug-in Hybrid – a virtually production-ready car with an average fuel consumption of 1.9 l/100km and CO2 emissions below 50 g/km.

The Plug-in Hybrid, which will be launched on the market in 2012, is the result of close cooperation between Volvo Cars and Swedish energy supplier Vattenfall.

“No industry or organisation can tackle the climate challenge all by itself. It is our mission to develop carbon dioxide-lean cars, but a sustainable future must be created jointly by everyone in society. This project shows how cooperation between experts in different areas brings us closer to the transition from individually carbon dioxide-lean products to a climate-smart lifestyle,” says Stefan Jacoby, President and CEO of Volvo Cars.

In January 2007, Volvo Cars and Vattenfall launched an industrial partnership that aimed to test and develop plug-in technology. This collaborative approach resulted in the foundation of a jointly owned company – V2 Plug-in-Hybrid Vehicle Partnership,

Half the CO2 emissions, full driving pleasure
Development work has been jointly financed. Now the project is on the threshold of introducing the market’s first diesel plug-in hybrid. It’s an attractive concept that gives the owner access to the very best properties of both an electric car and a diesel-powered vehicle: very low fuel consumption and CO2 levels, combined with long range and high performance.

“One important aspect of the project was to retain the Volvo V60’s excellent driving pleasure, high safety standard and luxurious comfort. At the same time, average CO2 emissions and fuel consumption will be halved compared with what is available on the market today,” says Stefan Jacoby, and adds: “We’re taking a giant step forward towards our “DRIVe Towards Zero” vision, that is to say the hunt for zero emissions. In fact, when the V60 Plug-in Hybrid is run solely on electricity and recharged using renewable energy, we’ve already reached that goal.”

Cheaper fuel costs
When powered solely by electricity, the V60 Plug-in Hybrid has a range of up to 50 km. The car’s total operating range in conjunction with the diesel engine is up to 1200 km. Carbon dioxide emissions will be an average of 49 g/km (EU Combined) and fuel consumption will be 1.9 l/100 km.

The plug-in hybrid can be charged via a regular household electricity socket at home or when parked somewhere else. Charging time is about five hours if the car is recharged at home.

Electric power offers a range of benefits
Electrification of the transport sector is an important step in the fight against climate change. Electricity is a highly beneficial fuel:
An electric motor is almost four times as efficient as a regular combustion engine. This means that an electrically powered car consumes less energy and thus produces lower emissions, even if it is powered by a blend of electricity sources that include fossil fuels.

Electricity is an excellent source of energy. It does not risk running out, and it can be produced virtually without any CO2 emissions. For instance, Vattenfall is working towards halving the company’s emissions by 2030 and becoming climate-neutral by 2050.

Emissions from millions of exhaust tailpipes are transferred to a small number of production facilities, which are easier to control and which will operate on the basis of the EU’s trade in emission rights, something that does not apply to the transport sector at present.

Electric vehicles use relatively little electricity and the increase in consumption will be more than covered by ambitious expansion plans for renewable energy sources throughout Europe. A single wind-power station, for instance, produces sufficient renewable energy to power 3,000 electric cars. Vattenfall will offer buyers of the plug-in hybrid a contract including electricity from renewable sources.

Rapid expansion of renewable electricity production
Electricity production is undergoing rapid expansion. Wind-power is being commercially introduced on a large scale and is continuing to expand, biofuels will replace fossil fuels on a broad front, wave-power is expected to enter commercial operation within ten years, and new technology to clean CO2 emissions from coal-fired power stations is currently under development.

At Volvo Cars, work progresses on the V60 Plug-in Hybrid in parallel with development of the Volvo C30 Electric, which runs entirely on electricity.

“These two car types complement one another. With a plug-in hybrid the driver is entirely independent of recharging stations when driving long distances. The future electric-car market will feature a mixture of both all-electric cars and plug-in hybrids,” says Stefan Jacoby.

Volvo V60 puts the brakes on the opposition with outstanding safety display. The Volvo V60 achieves the higest level of safety by ADAC. [Read More]