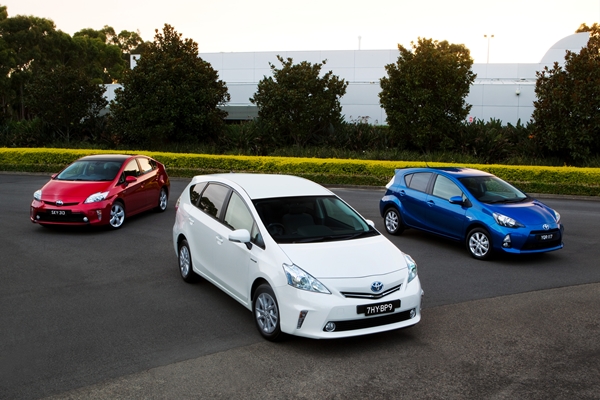 Toyota is on track to sell one million hybrid vehicles in a calendar year worldwide for the first time – a clear sign that the advanced technology has entered mainstream motoring.

A record 630,048 Toyota and Lexus petrol-electric hybrids were purchased worldwide in the six months to June 30 – more than the total of 628,989 hybrids sold during the whole of last year.

The familiar Prius hatch, now in its third generation and the world’s best-selling hybrid car, was the biggest single contributor with almost 202,000 sales in the half-year.

The half-year tally brings cumulative Toyota and Lexus hybrid sales around the world to more than 4.2 million. Prius, which first went on sale in Japan in 1997, accounts for almost 2.7 million of the total.

“Hybrid vehicles are now at the stage of being mainstream vehicles noted for their performance, fuel efficiency and quiet driving,” Mr Callachor said.

“As tangible proof of Hybrid Synergy Drive’s environmental record, these sales have already contributed to a reduction in automotive emissions of some 26 million tons of CO2*,” he said.

“Toyota believes hybrid technology is a trump card for fuel-economy improvement. It is core technology that can also be used for next-generation vehicles including battery electric, plug-in hybrid and fuel-cell vehicles.

“These advanced cars are all being investigated with a view to making them available to Australian consumers,” he said.