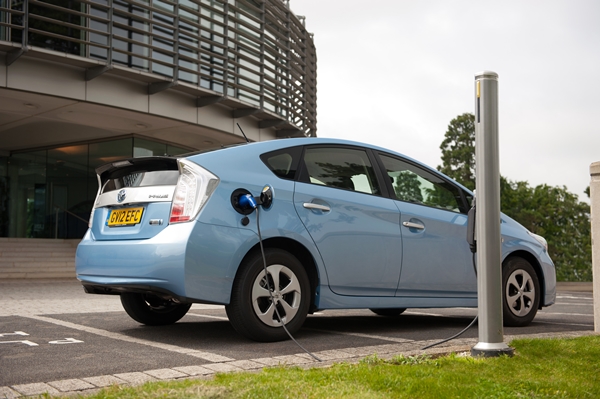 Four of Japan’s leading carmakers, including Toyota, today announced a plan to expand sales of next-generation green vehicles by co-operating on the development of electric charging stations.

Toyota, along with Nissan, Honda and Mitsubishi, said there is a critical need to develop an infrastructure in Japan for vehicles that can be charged from a power point, such as plug-in hybrids and electric cars.

The carmakers said they will work with the Japanese Government to more than double the number of charging outlets to at least 4,000 quick chargers and 8,000 regular chargers.

They said an expanded charging network would maximise the electric-only driving performance and combined fuel economy of plug-in hybrids.

It would also enable motorists to extend the driving range of electric vehicles, which do not produce any tailpipe emissions.

Normal chargers would be installed in commercial facilities such as large shopping malls or highway service areas where motorists typically stopped for long periods.

Quick chargers would be installed for shorter-duration stops such as highway parking areas, convenience stores and fuel stations.

The carmakers will temporarily bear part of the installation and maintenance costs that are not covered by government subsidies of 100.5 billion yen ($1.1 billion) announced for 2013-14.

Their co-operation is based on an understanding that the charging infrastructure has public value and enhancing it should be done quickly during the limited period the subsidies are available.

The collaboration extends to car owners being able to use the same credit card for payment at all charging stations.

The Japanese government would like to see sales of these next-generation cars accounting for 15-20 per cent of new-car sales in 2020.

The four carmakers are committed to developing a more user-friendly charging infrastructure and to contributing to a society making maximum use of electric-powered vehicles.

Audi e-tron GT – Audi has upped the ante in presenting a vehicle that pushed style and prestige as well as forwarding thinking technology in an electric vehicle. [Read More]

In the BMW i3 – the first series-produced model by BMW i – zero-emission mobility in a premium car package proves to be a recipe for pure driving pleasure. The first BMW Group model running on electric power alone [Read More]