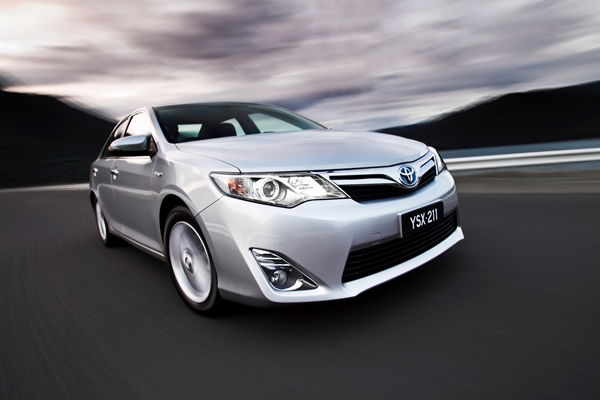 Toyota Australia has posted a manufacturing milestone with the production and sale of its two-millionth locally built car for the domestic market.

The achievement coincides with the 50th anniversary of Toyota car manufacturing in Australia.

Australia was the first country outside Japan to produce Toyota cars, starting with the Tiara in 1963.

It took 29 years for the first one million locally built cars to be sold to Australian customers, and just 21 years for the second million. The company has also built more than one million cars for export since 1986.

Today, Toyota Australia produces Camry, Camry Hybrid and Aurion sedans as well as four-cylinder petrol and hybrid engines across seven plants on its 75-hectare site at Altona in Victoria.

Locally built Camry – the country’s best-selling mid-size car – has been built here since 1987. Production of V6 Aurion began in 2006 and Camry Hybrid in 2009. Toyota is the first and only vehicle manufacturer to build a hybrid car in Australia.

In 2012, Toyota delivered more than 101,000 cars from the Altona plant of which approximately 70 per cent were exported.

Additional production and sales to the end of September this year have enabled Toyota to build and sell the two-millionth locally built car for Australian motorists.

The company’s executive director sales and marketing Tony Cramb said the milestone underlined the contribution Toyota is making to the Australian economy, manufacturing sector, jobs and the future.

“This achievement is the latest demonstration that Toyota is building cars in Australia with the quality, technology, performance, fuel economy and value demanded by local and overseas buyers,” Mr Cramb said.

“We have been doing that for half a century – and our employees, suppliers and dealers are committed to continuing to make their vital contributions to Australia,” he said.

In the early years of local production, Toyota cars such as Corolla, Corona and Crown were built in Australia.

The Australian-built engines are used in Camry and Camry Hybrid for the local and export markets; engines are also exported to Thailand and Malaysia.

Toyota has been the top-selling car company in Australia for the past decade.

In total, Australian motorists have bought more than 5.7 million Toyota vehicles including iconic nameplates such as LandCruiser and HiLux.

Lexus is returning to where it started with the relaunch of the Lexus ES. The introduction of ES 300h hybrid also marks another significant milestone for the luxury brand – the first time a Lexus hybrid vehicle will lead pricing. [Read More]

Once viewed as ‘just a taxi,’ Toyota’s Camry has morphed into the go-to family sedan, in particular, the hybrid model which delivers strong performance and exceptional fuel economy from its 2.5-litre, 4-cylinder petrol /electric hybrid powertrain. [Read More]

SEA Electric has announced the launch of volume production of its first locally-assembled electric trucks. The company was founded in Australia in 2012 but is now headquartered in the US. [Read More]