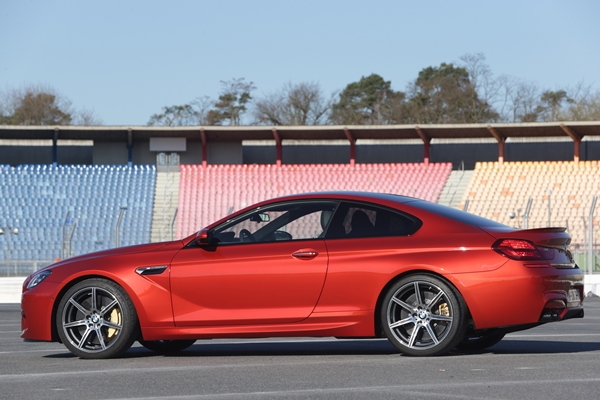 Since 1984 when it was first launched, the iconic BMW M5 has stood head and shoulders above its competition. Now BMW Group Australia has announced a significant update to the iconic vehicle which includes refreshed interior and exterior design elements and a major enhancement to standard specifications.

Best of all, the new BMW M5 adopts into its standard specification all the features of the adrenalin-charged Competition Package, which includes a power boost and suspension tuning to further increase its finely honed performance pedigree.

According to Phil Horton, managing director for BMW Group Australia, the new BMW M5 is quite simply what the BMW M brand is all about.

“The BMW M5 was the first vehicle to create this segment, and for almost 30 years it has set the standard in it. Now, with enhanced styling, packaging and performance the bar has been raised even higher,” Horton said.

Interior design enhancements include a new M leather steering wheel whose design likewise takes cues from the double-spoke wheels, along with chrome trim highlights around the control display. Cabin storage is improved with an updated centre console area and additional space under the centre armrest. 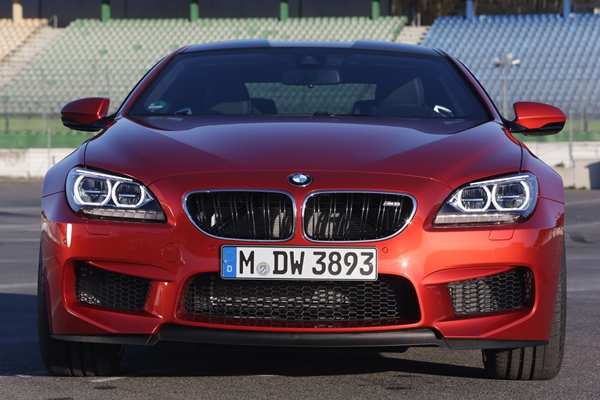 As you would expect from a car of this nature, the standard equipment list was already bursting at the seams with features such as the Active M differential, Dynamic Damper Control, M servotronic power steering and M Drive mode to enhance the performance driving experience. Additionally, with features such as active front headrests, Active Protection, the full suite of airbags and Dynamic Stability Control systems, high-performance brakes and a complimentary BMW Intensive Driving Experience course, safety of the driver and occupants is ensured.

Also enhancing safety through awareness are the standard driver assistance features which include the full colour Head-Up Display with M view, surround view which provides a bird’s eye view of the car and rear view camera to aid in parking manoeuvres, front and rear Park Distance Control and cruise control with braking function.

A four- zone climate control system, sunblinds for the rear side windows and rear windscreen, comfort glazing for the front screen and heat/sun protection glazing for the rest of the glass all combine very effectively reduce excessive heat and manage the climate inside the car. Add the standard front M multifunctional comfort seats with seat heating, active seat ventilation and electric lumbar support to provide the most comfortable environment possible for the occupants.

However, coinciding with the update is a comprehensive re-packaging of the BMW M5 which aligns the high performance sedan with changes already announced for the rest of the BMW 5 Series range.

As such, the standard specification of the M5 has been revised to include a host of added innovative features on top of the already heavily laden equipment list.

Comfort is enhanced further by the inclusion of Automatic Soft-Close doors and hands-free opening and closing of the boot-lid, which is operated by simply waving your foot under the rear bumper. Digital audio broadcast (DAB+) is standard and the Navigation System Professional now includes a touch-controller which allows character input via the touch sensitive surface on the controller.

The piece de resistance for the new BMW M5 is the increase in performance with the integration of the performance enhancing ‘Competition Package’ features into the standard specification.

Conceived to enhance handling and performance properties, the package provides an 11 kW boost to the high-revving V8 with M TwinPower turbo technology and raises the total power output of the new BMW M5 to 423 kW – enough to slice 0.1 seconds from the 0-100 km/h sprint and 0.2 seconds when you continue all the way to 200 km/h.

In addition, the engineers at BMW M have applied extensive modifications to the chassis set-up. Along with suspension and damping systems modifications, which have lowered the M5 by around 10 millimetres, stabiliser bars have received increased torsional rigidity and this, coupled with enhancements to the Active M Differential and steering system, delivers more precise, agile and dynamic handling.

At the same time, new features have been added that also enhance the look and acoustics of the new BMW M5. Exclusively designed 20-inch M light-alloy wheels, along with a sport exhaust system featuring customary M twin tailpipes in black chrome, lend an unmistakably sporty note to both the look and the sound of the car.

The new BMW M5 will be reaching our shores from mid-September much to the delight of high-performance motoring enthusiasts.

Genesis G70 is a surprising saloon. Along with the GV70, Genesis has managed to produce something quite special for an outstanding price. [Read More]