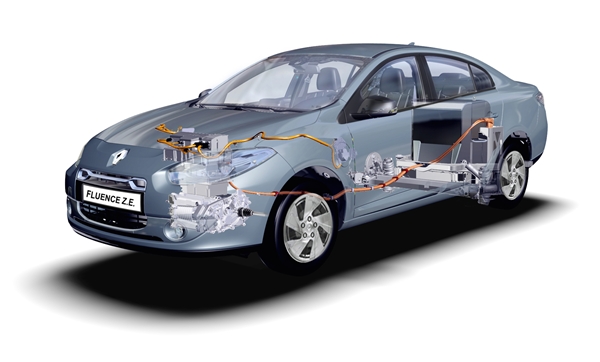 The Renault Fluence Z.E. (Zero Emission) is visually similar to the petrol-powered Fluence sedan launched in Australia late last year, and shares an identical interior architecture, but under the bonnet it is very different.

The Renault Fluence Z.E. is powered only by electricity stored on-board in a 48-module Lithium-ion battery mounted behind the rear seats, which can be recharged using a charge spot installed at home or work (6-8 hours for a full charge) or at a Better Place battery switch station where a depleted battery is exchanged for a fully charged one in less than four minutes.

The battery drives an advanced electric synchronous motor, which produces 70kW at 11,000rpm. Maximum torque is 226Nm. An energy recovery system enables the car to charge the battery under braking or deceleration. As with all electric motors, maximum torque is available almost instantly, giving the car excellent acceleration characteristics that are linear and satisfying. Top speed is electronically limited to 135km/h. 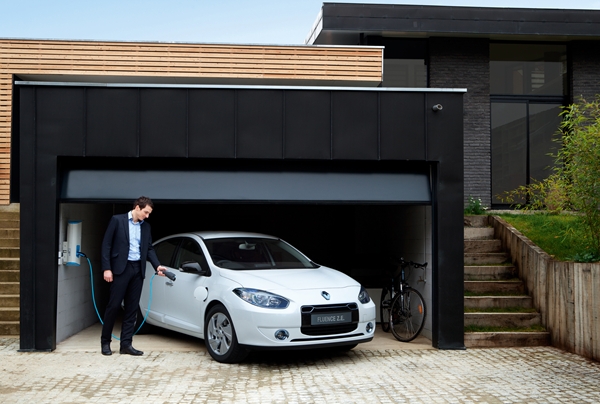 The electric motor is all but silent when running and, blessed with an almost perfect 50/50 weight distribution; the Renault Fluence Z.E. boasts neutral handling and exceptional ride comfort.

The Renault Fluence Z.E. runs on low rolling resistance Goodyear EfficientGrip tyres, which have special casings and sidewalls to help extend the driving range. The tread pattern is identical to that of a conventional tyre in order to ensure high-performance road holding and braking.

Compared with the petrol-powered Renault Fluence sedan, the 4748mm long Fluence Z.E. is 130mm longer to accommodate the battery, while the front and rear styling has been modified to provide enhanced cooling and aerodynamic efficiency, as well as present some visual differentiation and Z.E. identity.

Behind the wheel, drivers will notice the rev-counter is replaced by a gauge showing remaining range and battery charge, and a centre console display identifies the selected transmission mode: ‘forward’, ‘reverse’, ‘neutral’ and ‘parking’.

An ‘econo-meter’ uses a new colour-coded system to tell the driver how economically they are driving in terms of energy consumption: light blue for ‘normal’ vehicle use, dark blue for ‘optimal’ driving and red for ‘excessive’ energy consumption likely to reduce the vehicle’s range. 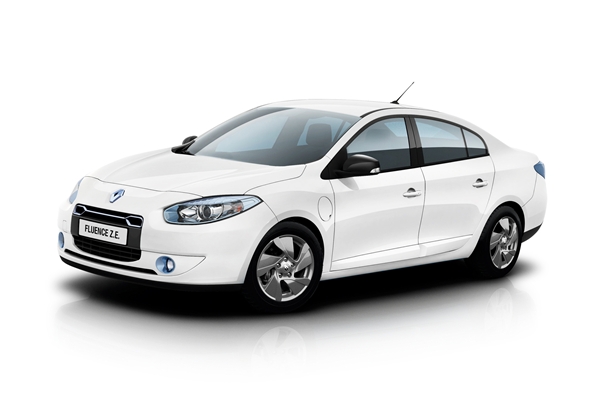 Also standard equipment is a smart Better Place designed navigation system, known as OSCAR, which not only offers traditional route guidance but can also pinpoint the closest charge spots and Battery Switch Stations. A range of 185km is promised, measured according to the NEDC industry standard for fuel efficiency, using the same methodology to measure consumption of internal combustion engine vehicles.

The Fluence Z.E. is a C segment vehicle that can comfortably accommodate a family and their luggage.

The first Renault Fluence Z.E. vehicles will arrive in Q2 2012, for select customers in Canberra. Vehicles will be available for general sale in Q4 2012 from selected Renault dealers.

Pricing and local specification will be confirmed closer to that date. 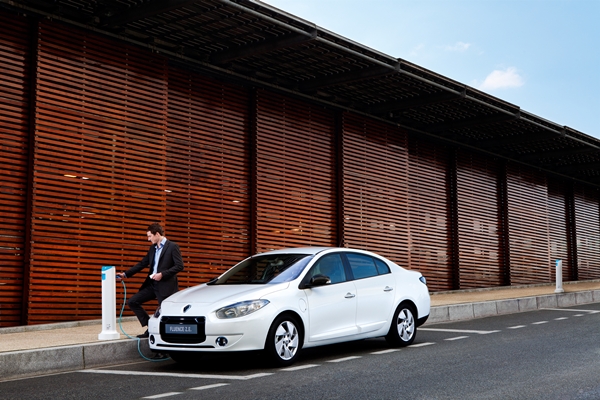 “We are taking the lead in offering Australia’s fleet and family buyers access to a vehicle that we are confident will meet their needs for an environmentally friendly vehicle that generates no emissions when driven. 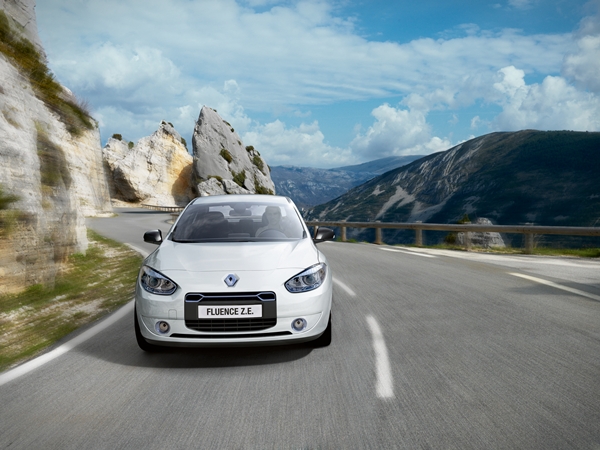 “And thanks to our agreement with Better Place in Australia, energy used to charge the batteries for Renault Fluence Z.E. vehicles will be drawn from renewable energy sources.

“At Renault Australia, we see the Fluence Z.E. as being the first vehicle which ticks all the boxes for a wide variety of car users. And we’re working towards pricing the Fluence Z.E. in a way that it will be very attainable to these customers.

“Our aim with the Fluence Z.E. is to take away as many of the remaining excuses as to why you can’t switch to renewable energy zero emissions for your mobility needs,” he said.

When we talk about battery-electric vehicles, the lithium-ion battery is dominant; however, for full hybrid electric vehicles (those that have electric-only modes but do not plug-in), NiMH batteries are still the most common battery on the road. [Read More]

NEXO is more than just a large SUV, , it is one of the very first hydrogen fuel cell cars to be visible to punters on Australian roads. [Read More]