Rimac Nevera  – Just a month after the first production-ready Rimac Nevera, #000, rolled out of Rimac’s facility in Zagreb, Croatia, car #001 has been delivered to its owner. None other than 2016 Formula One World Champion and sustainability entrepreneur Nico Rosberg. 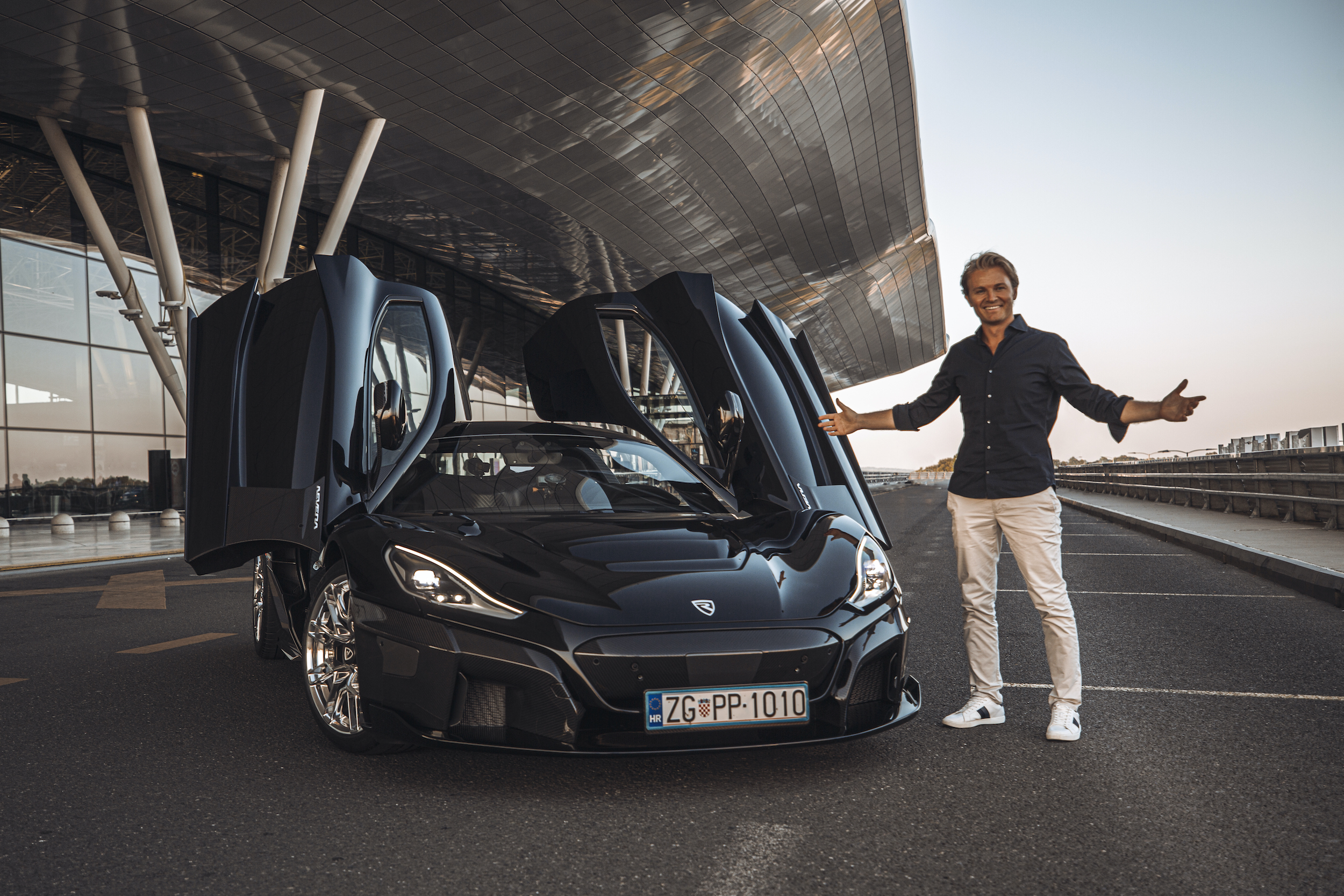 Prior to the car being sent to his home in Monaco, Rosberg made the trip to Rimac HQ in Croatia to catch up with Mate and to see the very latest developments within the Rimac Group first-hand.

Production of the world’s first all-electric hypercar GT is now underway at Rimac’s new facility on the outskirts of Zagreb. The first year of production is already sold out. Almost every major component of the car is designed, engineered, and built at Rimac weeks or months prior to each car being finished, and installed in the last phase of production – the vehicle assembly which takes about five weeks per car. 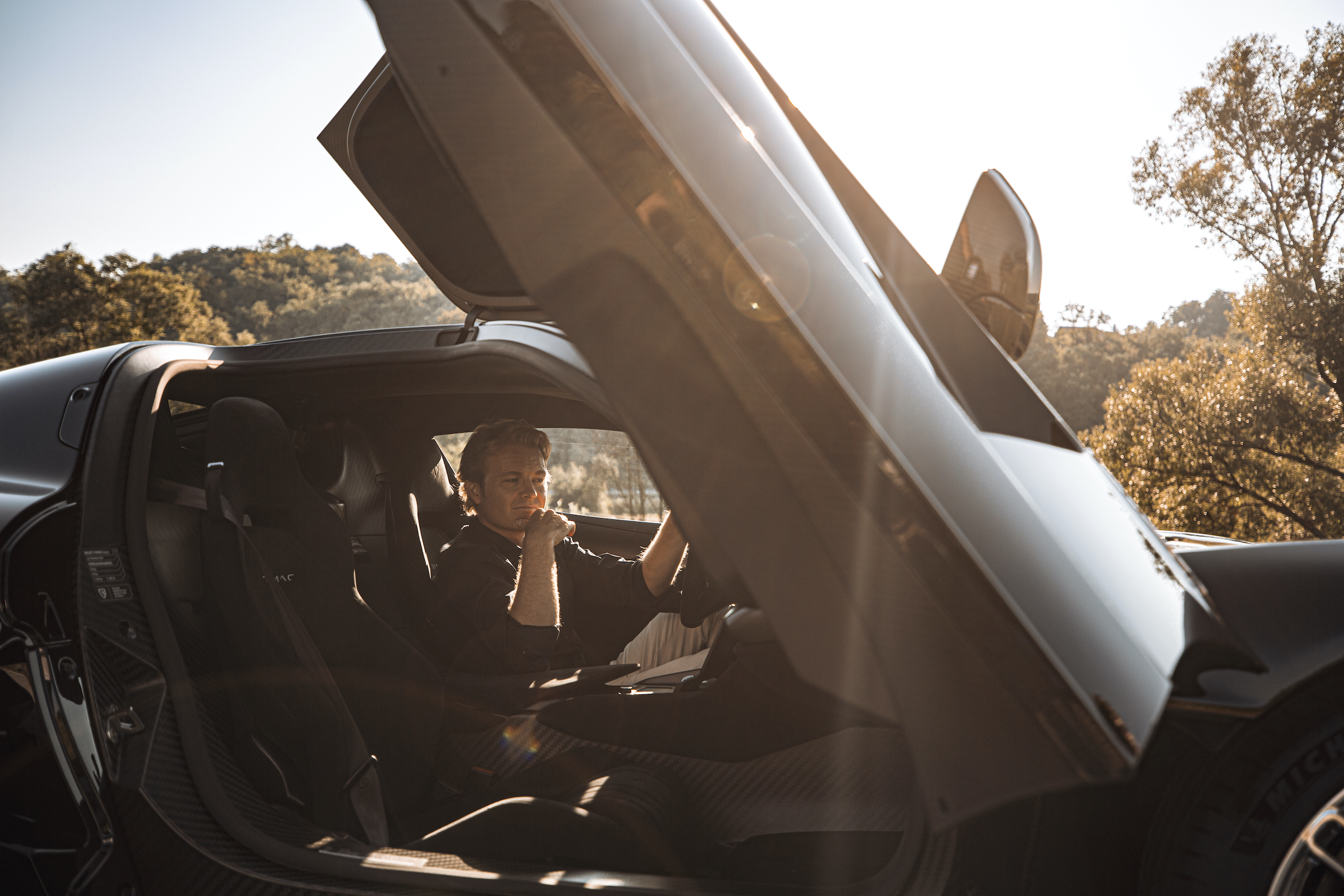 Showcasing the broad range of customisation options available to customers, car #000 – set to be retained by Rimac – was finished in a bright Callisto Green with Sand Alcantara interior. For car #001, Nico has deliberately chosen a much more aggressive specification described when he first designed his car as the ‘full Batmobile spec’.

With Stellar Black paint, polished Vertex wheels and gloss black brake calipers, it’s perhaps the most menacing personality of Nevera possible. The interior is finished in all black Alcantara, with subtle ‘Nico Rosberg’ signature on the armrest plate marking the car 001/150. The first customer owned example of the Nevera will be based in the Principality of Monaco, Rosberg’s home, becoming the first all-electric hypercar in the sovereign state. 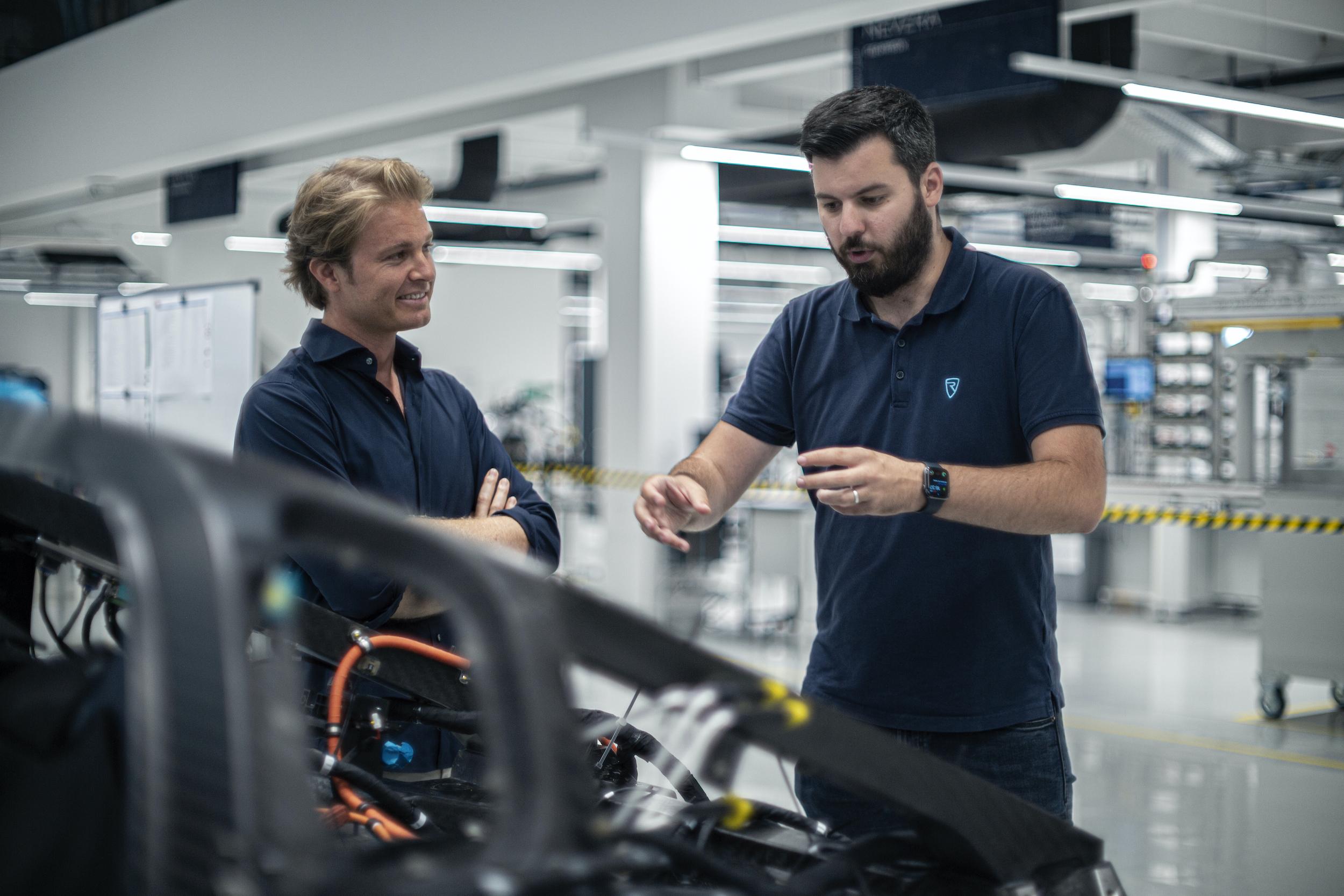 Nico Rosberg has been a part of the Rimac journey since he first saw the C_Two concept – which would become Nevera – in person several years ago. He believed in Mate’s vision for the Nevera as a truly engaging and comfortable next-generation hypercar, capable of crossing continents and lapping racetracks, all on electric power. He became one of the very first customers.

Rosberg said: “Ever since I first met Mate and truly understood the genius behind Nevera, I knew I wanted car number one. For me, this car represents absolutely everything I could ever want. 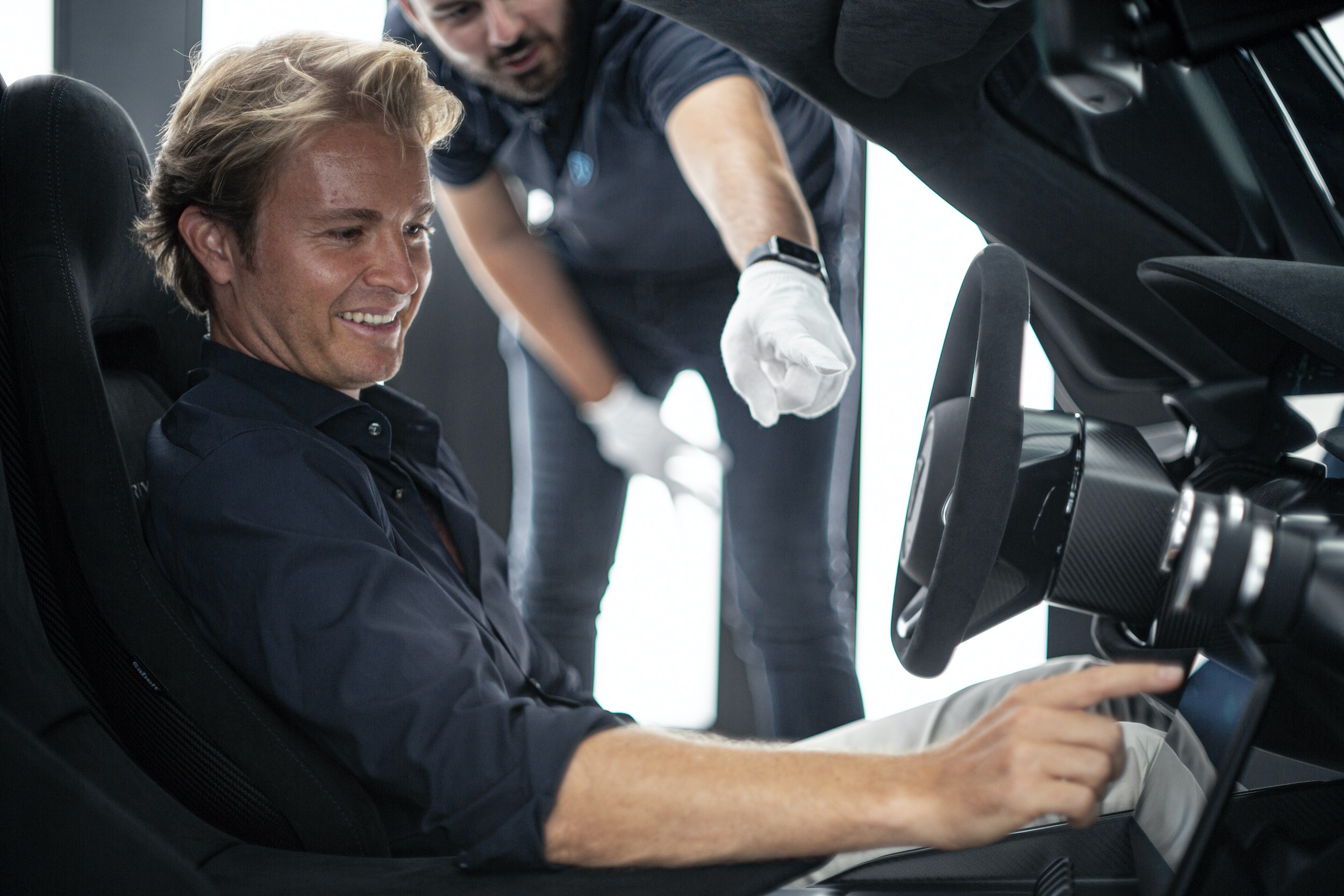 It showcases the very best of innovative electrification technology, bringing it into a car designed literally from the ground-up to be not just incredibly fast – or the fastest – but really great to drive, too. I can’t wait to see what it can do.”

Following an 11-year career in Formula One that saw him crowned World Champion in 2016, Nico has embarked on a career as a sustainability entrepreneur and investor in green technologies. He is invested in more than twenty mobility start-ups as well as Formula E, while his all-electric Extreme E racing team – Rosberg X Racing are the Championship winners of 2021 and are leading the current season. 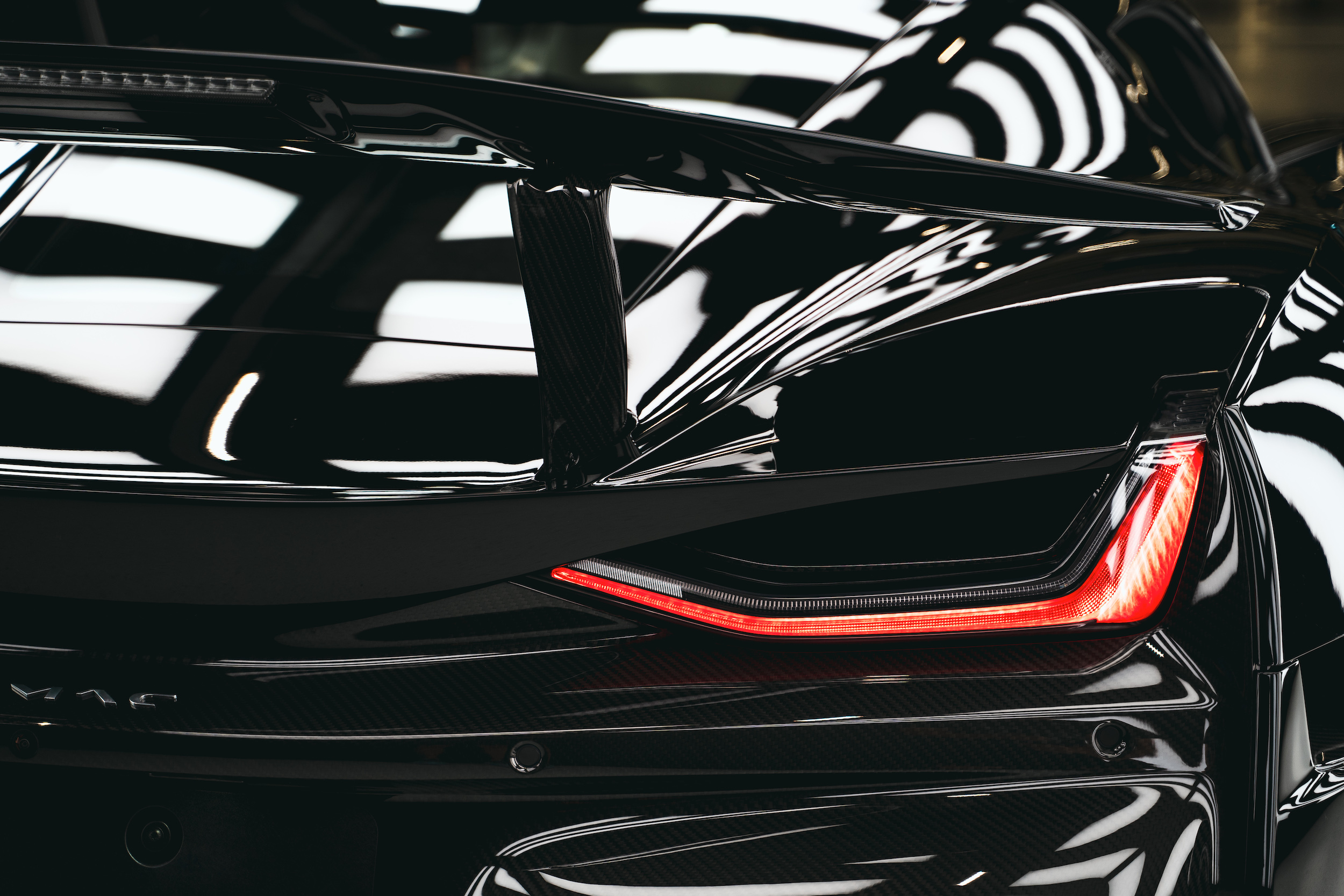 In 2019, he founded the Greentech Festival, a global platform for sustainable innovation and lifestyle. As of 2021, the event has been hosted in New York, London, Singapore as well as the city it was first established in – Berlin.

Mate Rimac, CEO of the Rimac Group, said, “When we first started designing the Nevera we set out to build a car that would impress even the best drivers in the world. Nico was on that list, and it’s a great feeling to know that someone who has mastered the most focused and cutting-edge motorsport in the world gets such a thrill from the car that we’ve created. 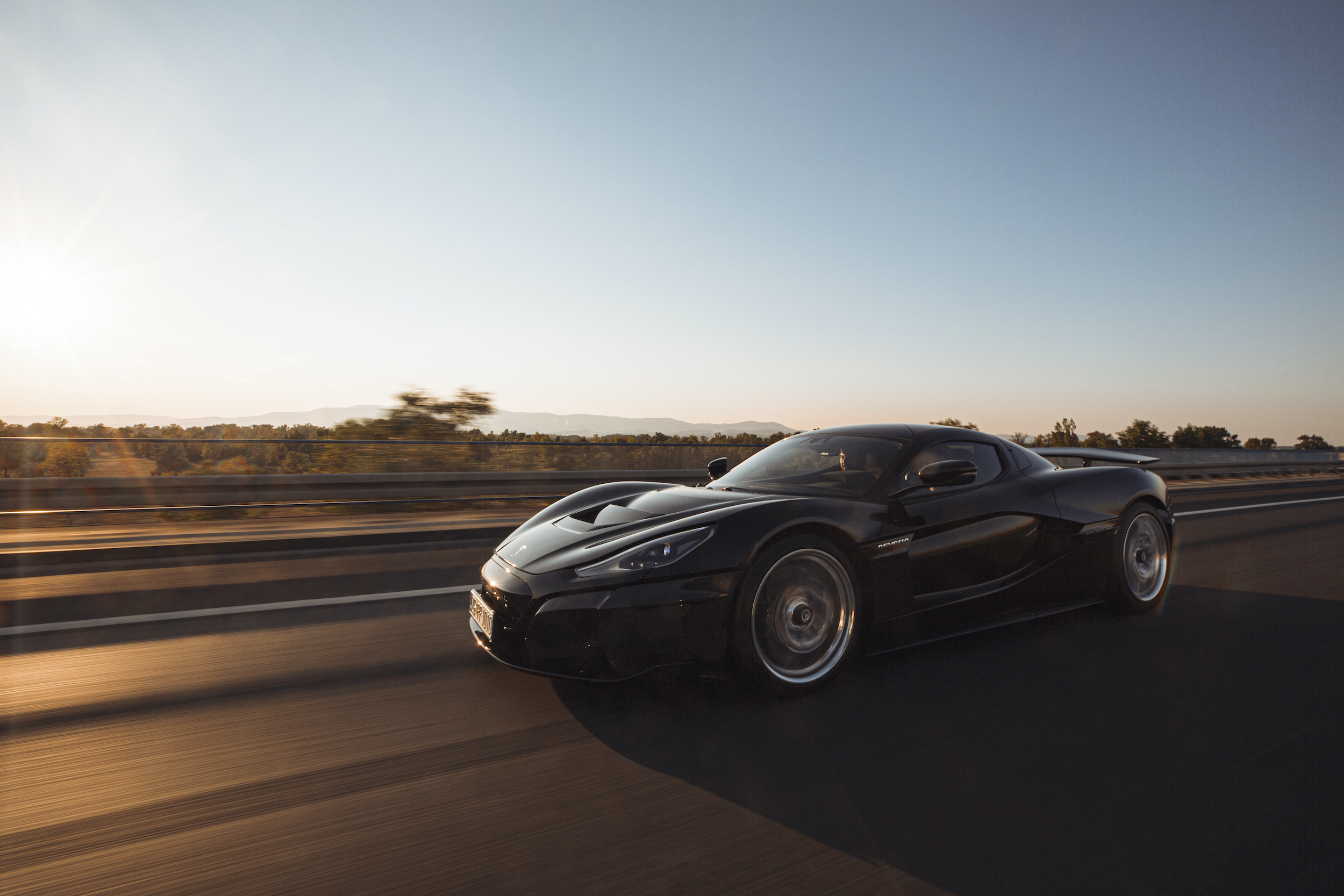 We’re all looking forward to following Nico’s journeys with the Nevera; all of his cars are used and enjoyed, which is exactly what we encourage our owners to do. And if anyone can test the limits of what we’ve built, it’s him. We’re proud to call Nico a friend and the first member of the rapidly expanding Rimac Nevera owner family.”

With the first customer car delivered, uniquely specified Neveras will now begin appearing on the streets of countries all over the world. Only 150 examples will ever be built, sold and maintained by Rimac Automobili’s global network of 25 dealer partners, stretching across North America, Europe, Middle East, and Asia.

Even before this first customer delivery, the Nevera has already received global acclaim for its world-leading technologies and unrivalled performance. With 1,914hp, the Nevera is capable of accelerating from 0-60mph in 1.85 seconds, to 100mph in 4.3 seconds and can run the quarter mile in a world-record 8.582 seconds.

The Rimac Nevera has completed two intensive weeks of winter testing at Pirelli’s Sottozero Centre near the Arctic Circle in Sweden. [Read More]

The Rimac Nevera has added to its honours, having been named Best Hypercar in the prestigious Robb Report Best of the Best awards for 2022. [Read More]