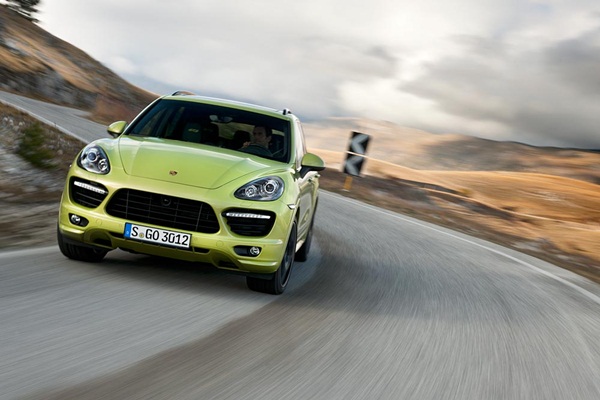 The Porsche Cayenne GTS, the SUV that drives like a sports car is entering its second generation. In Beijing, at the Auto China 2012, Dr. Ing. h.c. F. Porsche AG, Stuttgart, is celebrating the world premiere of the new Porsche Cayenne GTS.

Its concept: concentration on sporty performance. Its recipe: a more powerful engine, more dynamic power development, a tauter chassis with lower ride height, emphatically sporty equipment. In the process, the new Cayenne GTS doesn’t just fill the gap between the Cayenne S and the Cayenne Turbo but also differentiates itself clearly from the other models with its own special character.

The Cayenne GTS’s bonnet conceals a 420 hp (309 kW) uprated V8 engine, based on the Cayenne S power unit. Power transmission is ensured by the eight-speed Tiptronic S with integrated auto start/stop function. An especially dynamically tuned engine and transmission design reinforces the emphatically sporty characteristics, enabling short bursts of speed at any time. The Cayenne GTS sprints from a standing start to 100 km/h in 5.7 seconds, reaching 160 km/h in 13.3 seconds. The top speed is 261 km/h and the NEDC fuel consumption 10.7 litres per 100 kilometres.

The specially tuned chassis ensures thrilling driving dynamics. It is more tautly tuned, equipped with Porsche Active Suspension Management (PASM) and lowers the body by 24 mm relative to the Cayenne S. As a result, the new Cayenne GTS is even closer to the road and moves with the sports car’s trademark composure and agility. 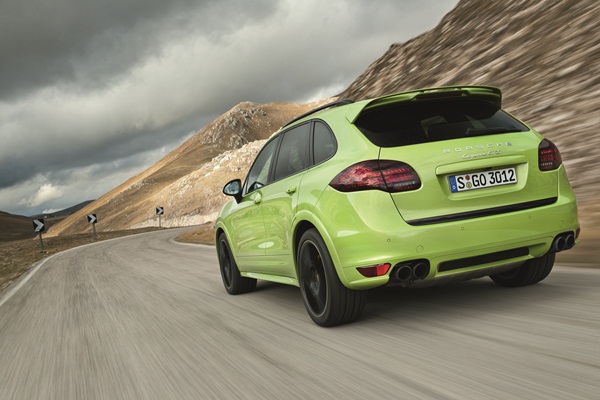 The Cayenne GTS’s looks openly proclaim its pronounced sportiness with eye-catching features such as the front-end borrowed from the Cayenne Turbo, frames and trims in high-gloss black, prominent side skirts and wider wheel arches as well as a distinctive roof spoiler with twin-wing profile. The prevailing ambiance of the interior is sporty elegance, the GTS features a leather interior with Alcantara elements as standard. Front sports seats with eight adjustment options are also featured as stan-dard in the new Cayenne GTS.

The Cayenne GTS will come to market in July 2012 with a price tag in Germany of 90,774 euro including value-added tax.

The Porsche Cayenne S is everything you would expect it to be and more. It is capable of taking the family on touring holidays, will tow 3500Kg, is capable off road, has the safety features you want, has luxury and prestige and does all this while performing like a sports car. [Read More]