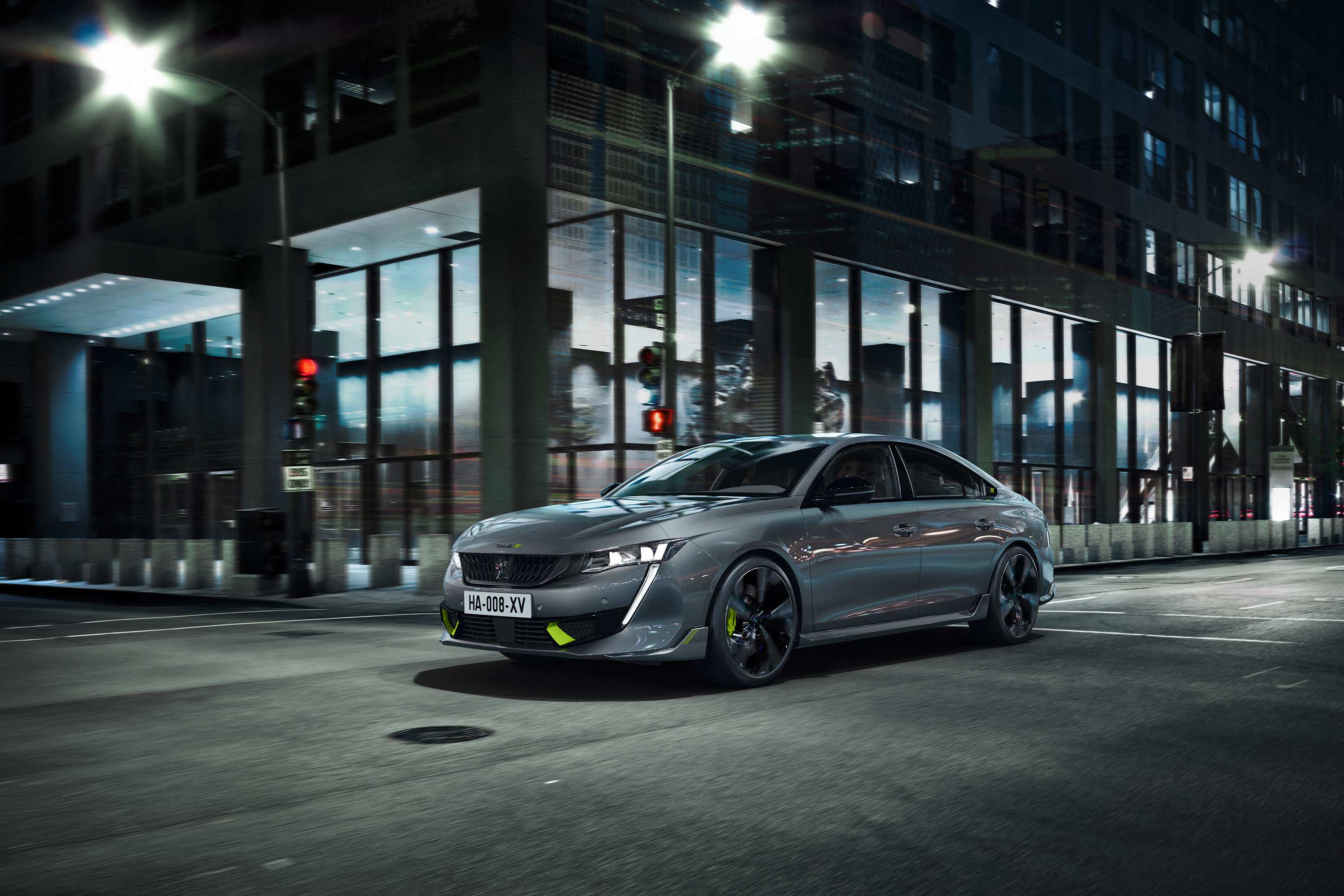 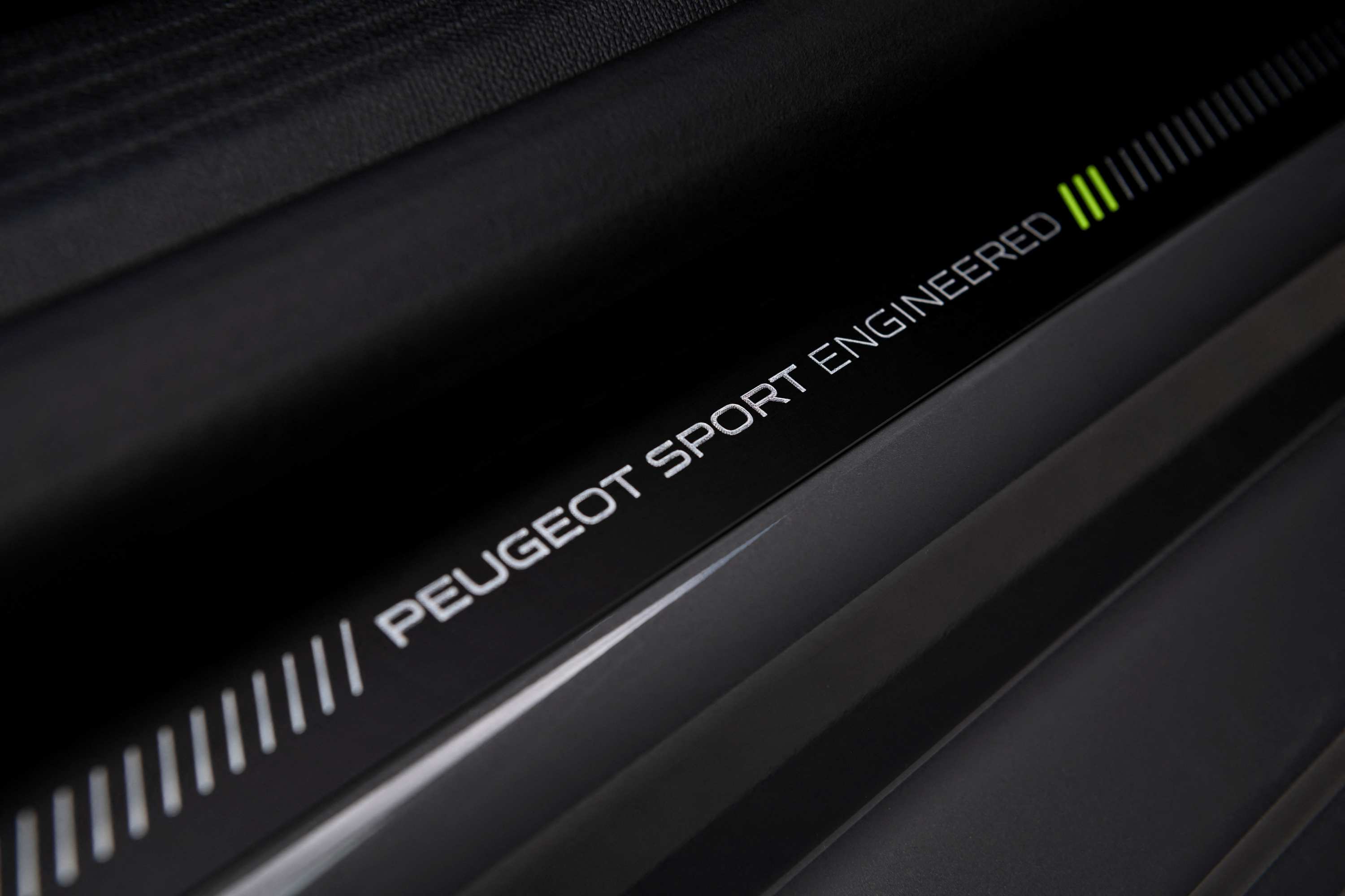 With these high-performance versions of the PEUGEOT 508 sedan and SW, PEUGEOT is unveiling the first chapter in its PEUGEOT SPORT ENGINEERED label. The perfect alliance between sportiness and technology,

PEUGEOT is reinventing the codes for renewed performance, a responsible performance: Neo-Performance. The signature of this new line with 3 Kryptonite claws refers to PEUGEOT SPORT’s new identity, to the light signatures of the production models and is drawing inspiration from the brand’s heritage with the rear lights from the PEUGEOT 504 Coupé.

508 PEUGEOT SPORT ENGINEERED is an absolute technological showcase and is the quintessential expression of the expertise of the PEUGEOT SPORT engineers. They have proven themselves time and time again:

At the same time as the launch of this label, PEUGEOT is announcing its return to the World Endurance Championship (WEC) in the LMH (Le Mans Hypercar) queen category from 2022.

508 PEUGEOT SPORT ENGINEERED is the most powerful production car ever built by PEUGEOT.

The powertrain can reach 360 hp and 520 Nm of torque by astutely combining thermal and electrical energy. This combination makes it possible to achieve almost instantaneous levels of responsiveness. This level of performance is unprecedented for the brand:

Driving pleasure is at the very heart of PEUGEOT’s DNA, which is why the PEUGEOT SPORT engineers have adapted the chassis of the PEUGEOT 508 to achieve a very high quality comfort to behaviour compromise:

The 508 PEUGEOT SPORT ENGINEERED can reach 360 hp thanks to the power of its combustion engine combined with its two electric motors, front and rear. The 4-wheel drive transmission ensures optimum traction in all weather conditions. 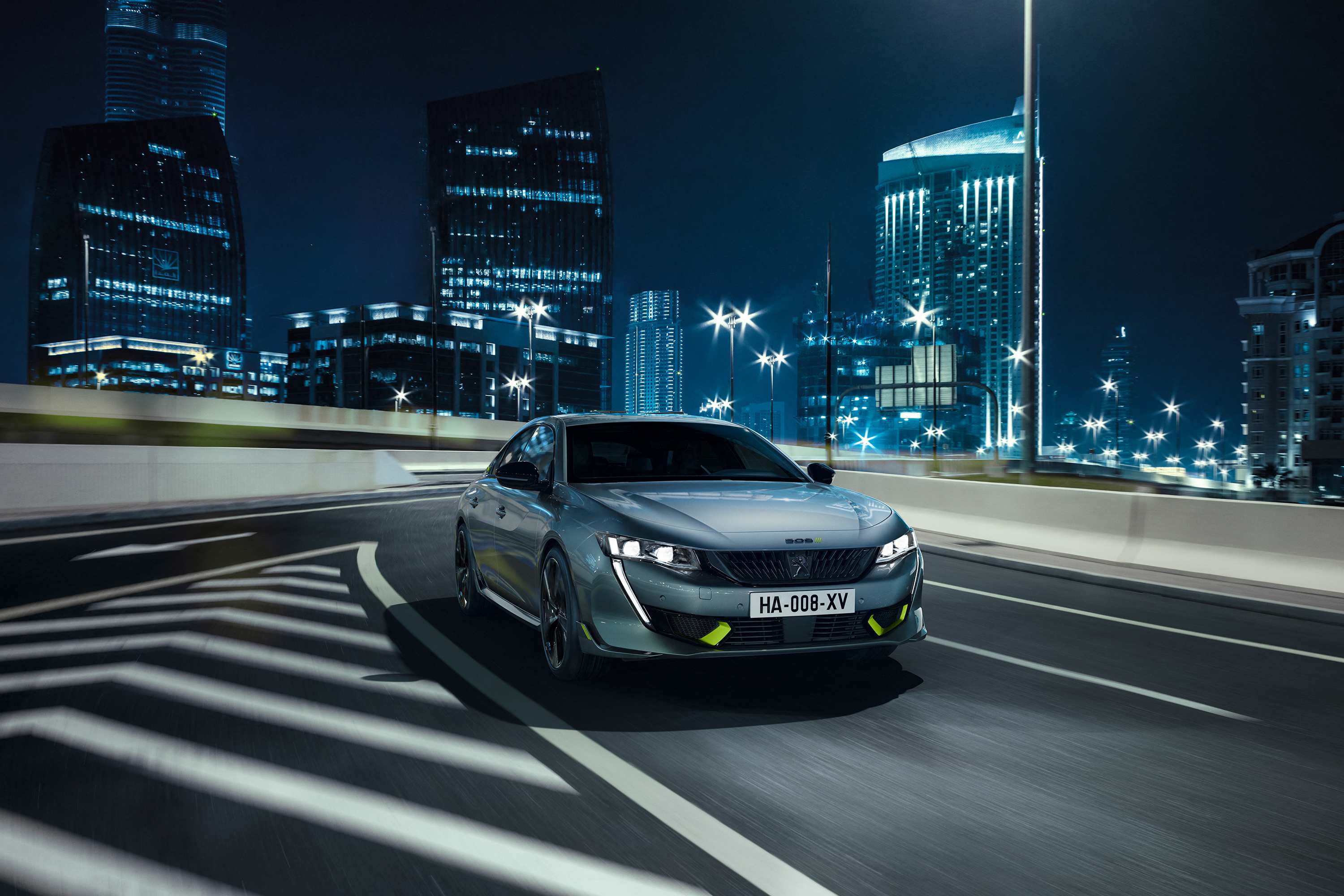 Five driving modes are available directly via the mode selector on the centre console: 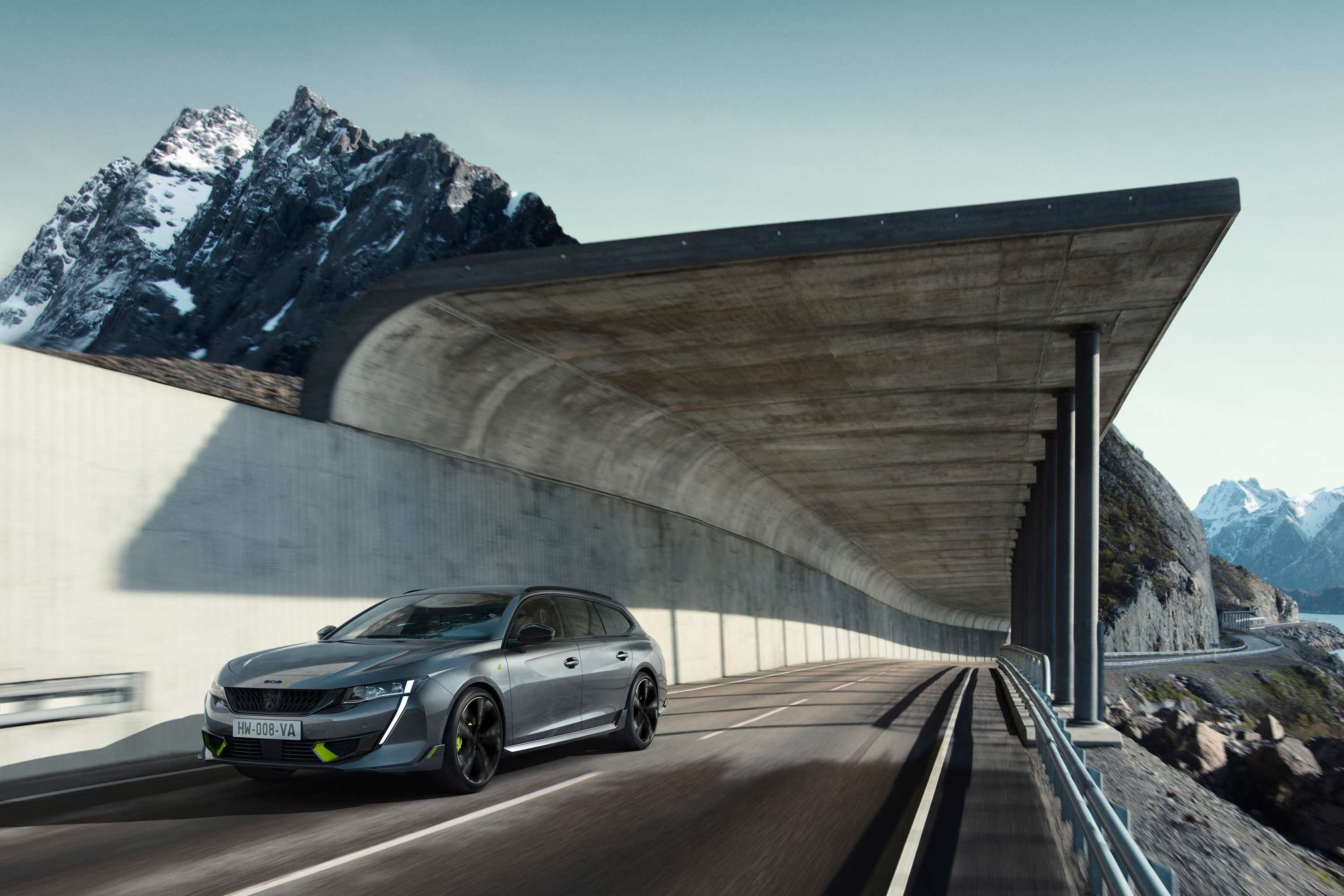 As for the hybrid motor, the 508 PEUGEOT SPORT ENGINEERED has benefited from PEUGEOT’s expertise with the recent launches of the PEUGEOT 3008 HYBRID/HYBRID4 and PEUGEOT 508 HYBRID alongside the expertise at PEUGEOT SPORT with its experience of hybridization in competition. Recharging modes are flexible and adapted to each daily situation:

Equipment installation solutions are available directly from our dealers. The entire eco-system dedicated to PEUGEOT’s electrified models is available via the MyPeugeot® and Free2Move Services applications.

508 PEUGEOT SPORT ENGINEERED has the same interior and boot volumes (above the floor) as the internal combustion versions thanks to the smart layout of the electric motors and battery. 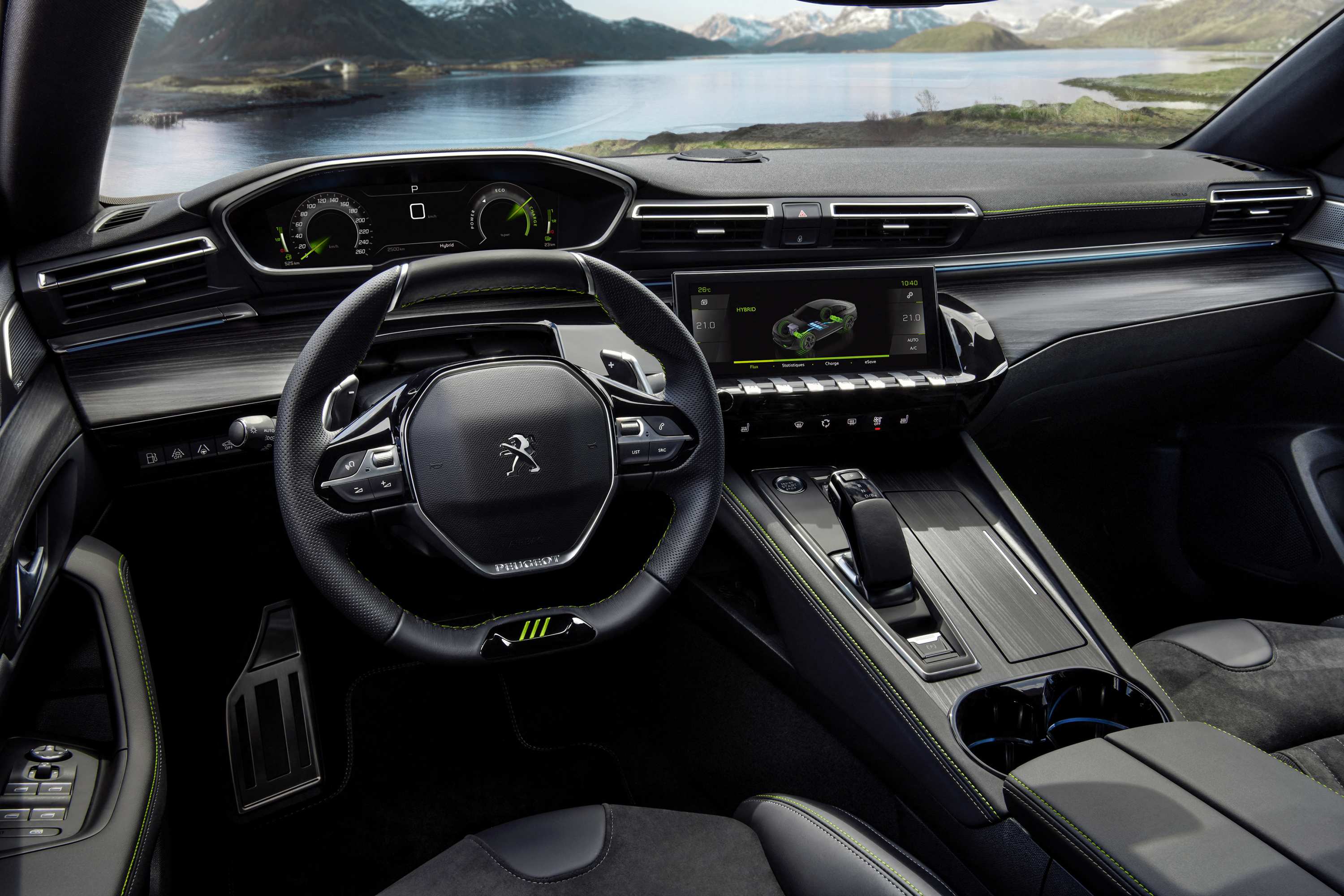 The PEUGEOT SPORT ENGINEERED label has created a new type of virtuous performance: Neo-Performance. It is the perfect union of sportiness and technology with record CO2 emissions per km: this high-performance version is approved according to the WLTP protocol at 46 g CO2/km, the equivalent of 2.03 L/100 fuel consumption!

508 PEUGEOT SPORT ENGINEERED embodies the very spirit of PEUGEOT’s road handling know-how. The adjustments to its chassis are fine-tuned here by PEUGEOT SPORT engineers for ever greater driving pleasure. Cornering manoeuvres are precise thanks to ultimate steer tuning.

In addition to its 4-wheel drive and for the highest level of safety, 508 PEUGEOT SPORT ENGINEERED comes with all the driving aids available in the PEUGEOT 508 range: nightvision, adaptive cruise control with Stop & Go function, lane departure warning system, automatic emergency braking, etc.

The PEUGEOT i-Cockpit® comes into its own here with a compact steering wheel featuring three Kryptonite claws, distinctive elements of the PEUGEOT SPORT ENGINEERED label, and a 100% digital head-up display. The PEUGEOT i-Cockpit® graphic animations and the central 10″ HD screen have adopted the label’s signature for an even more exclusive feel.

The upholstery of the “comfort-fit” seats also has a distinctive look with a mix of leather, 3D mesh and Alcantara©. The passenger compartment is decorated with double Tramontane grey and Kryptonite stitching. The FOCAL® Hi-Fi audio system is supplied as standard. 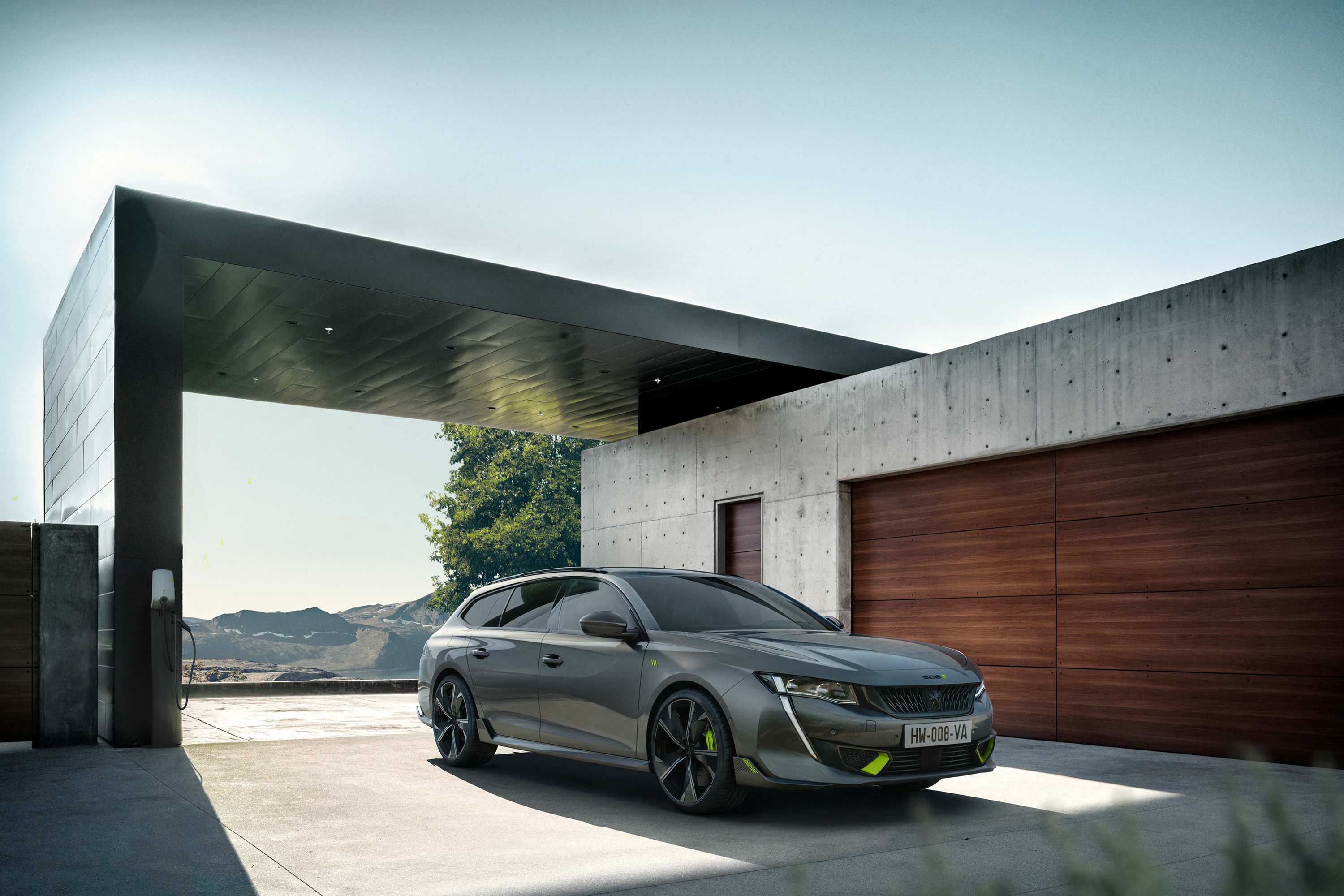 The aerodynamic design of the bodywork is emphasised by the distinctive features of this version:

508 PEUGEOT SPORT ENGINEERED is manufactured in Mulhouse, France, and will be available to order from mid-October 2020 (depending on country).