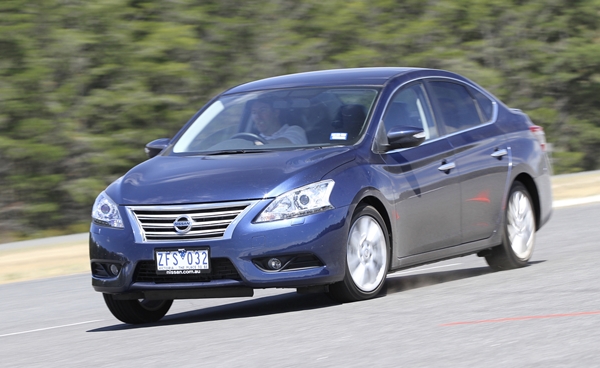 Nissan is offering customers ‘more’ for even less with the news that the all-new Pulsar sedan is available from just $19,990 drive away* until 30 April 2013.

Since its long-awaited return to the Australian market in February, the Pulsar sedan has already been a popular choice for new car buyers, rating as the second best-selling small sedan^.

In March 2013, Pulsar sedan was the fifth best seller^^ in the competitive Small Passenger Car segment overall – this result coming before the Hatch variant, including the turbocharged SSS variant, goes on sale within the next several weeks.

“Nissan is pleased to offer more for even less with the Pulsar sedan now on sale from just $19,990 drive away for April,” said Nissan Motor Co (Australia) Managing Director and CEO William F Peffer Jr.

With exceptional style, abundant space, a massive 510-litre boot, Bluetooth and cruise control all standard across the range, the Pulsar sedan is the car with more – now for even less.

A favourite name badge will return to Australian roads next year, but the celebrations will begin at the 2012 Australian International Motor Show when Nissan officially unveils the all-new Pulsar small car locally. The covers will be taken off the born-again iconic Pulsar, which left the Nissan line-up in 2005 and motoring enthusiasts are counting down the days until its return [Read More]