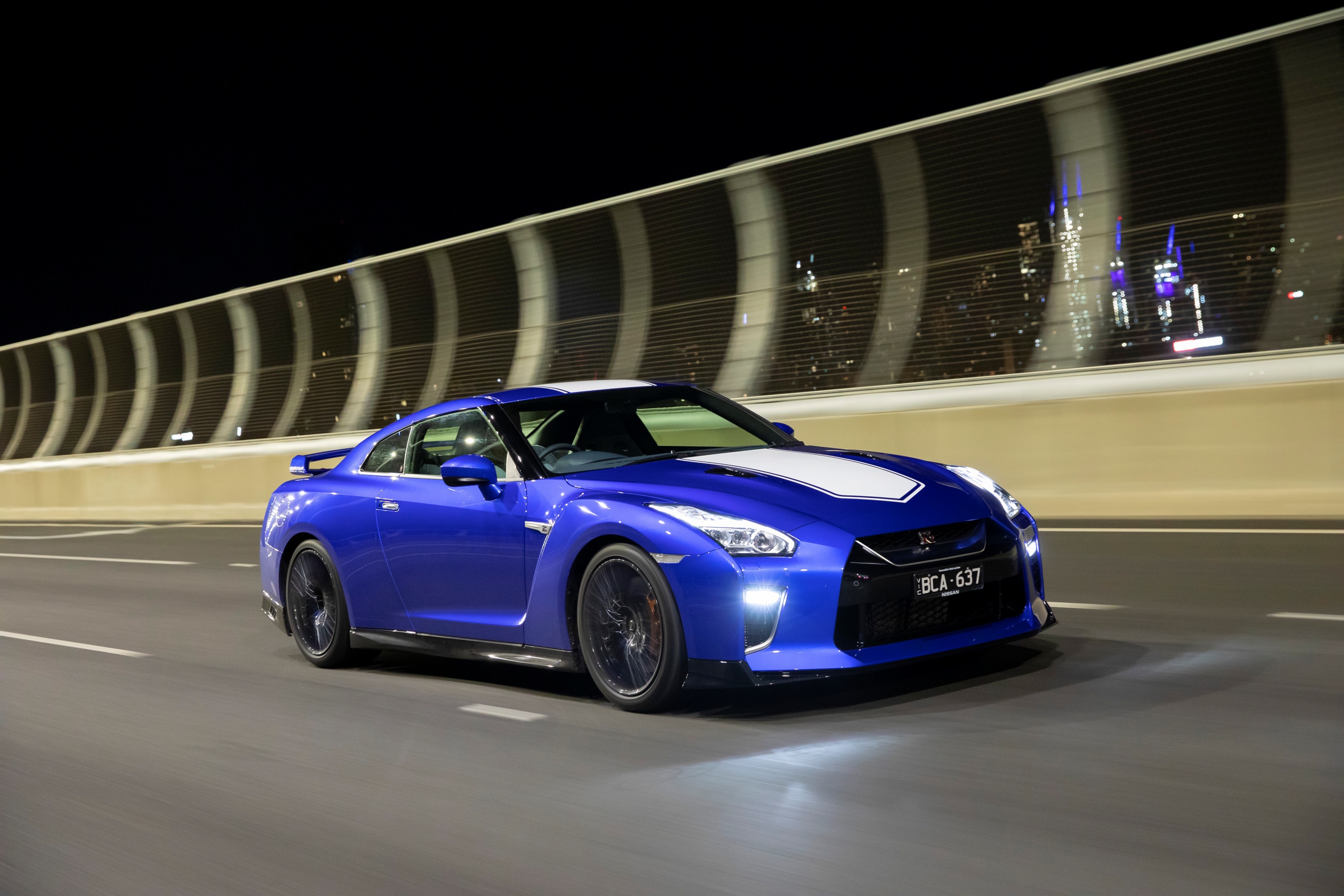 Some cars develop a cult following and a reputation often larger than life. The Nissan Skyline GTR is such a car. Winning Bathurst a few times certainly helped develop that reputation, but what happens when the turn 50. Rob Fraser went along to the launch of the 50th Anniversary GTR model.

Usually when we turn 50 things start to change dramatically. We put on weight, become a little sluggish and start to slow down showing our age.

Not so the Nissan GTR 50th Anniversary model. Here is a supercar with the Nissan badge on it, with a 50 year pedigree that many manufacturers’ would lust after and levels of technology that is simply mind boggling.

Yes it is a little larger than its earlier self, but it is faster, smarter and more enjoyable than anything before it and sits proudly in rarefied territory as a true super car.

It also achieves the rare balance between everyday driving, as I found out in Brisbane peak hour traffic, and true track performance. It’s actually quite stunning how good it is.

About Rob Fraser 1592 Articles
Rob Fraser – General dogsbody & Director Rob is the founder of the business. He constantly mutters something about way too many red wines one evening being to blame. Often known for taking the 4WD in the driveway over the sports car, he has travelled pretty much everywhere in Australia and when he is bored goes for a drive. He first learned to drive on the farm in a left hand drive WW11 Jeep when he was 11, and was hooked on 4WDriving way back then. In addition to 4WD he is an avid motoring enthusiast and has maintained a strong interest in the industry ever since his teens. He has owned way too many cars in his time as well. Having previously lived at the top of corporate life he retired in 2000 and hasn’t put a suit and tie on since. Cars are his passion so why not have a business doing what you love he figures. He has towed either a caravan or camper trailer to most parts of Australia, has run guided tours for camper trailers’ and instructed drivers in off road towing.
Website

BMW 4 Series Convertible while setting new standards in terms of dynamics, elegance and extraordinary driving pleasure – with the top up or down. Two petrol engines and one diesel available at model launch along with Six-speed manual or eight-speed Sports automatic transmission.
[Read More]