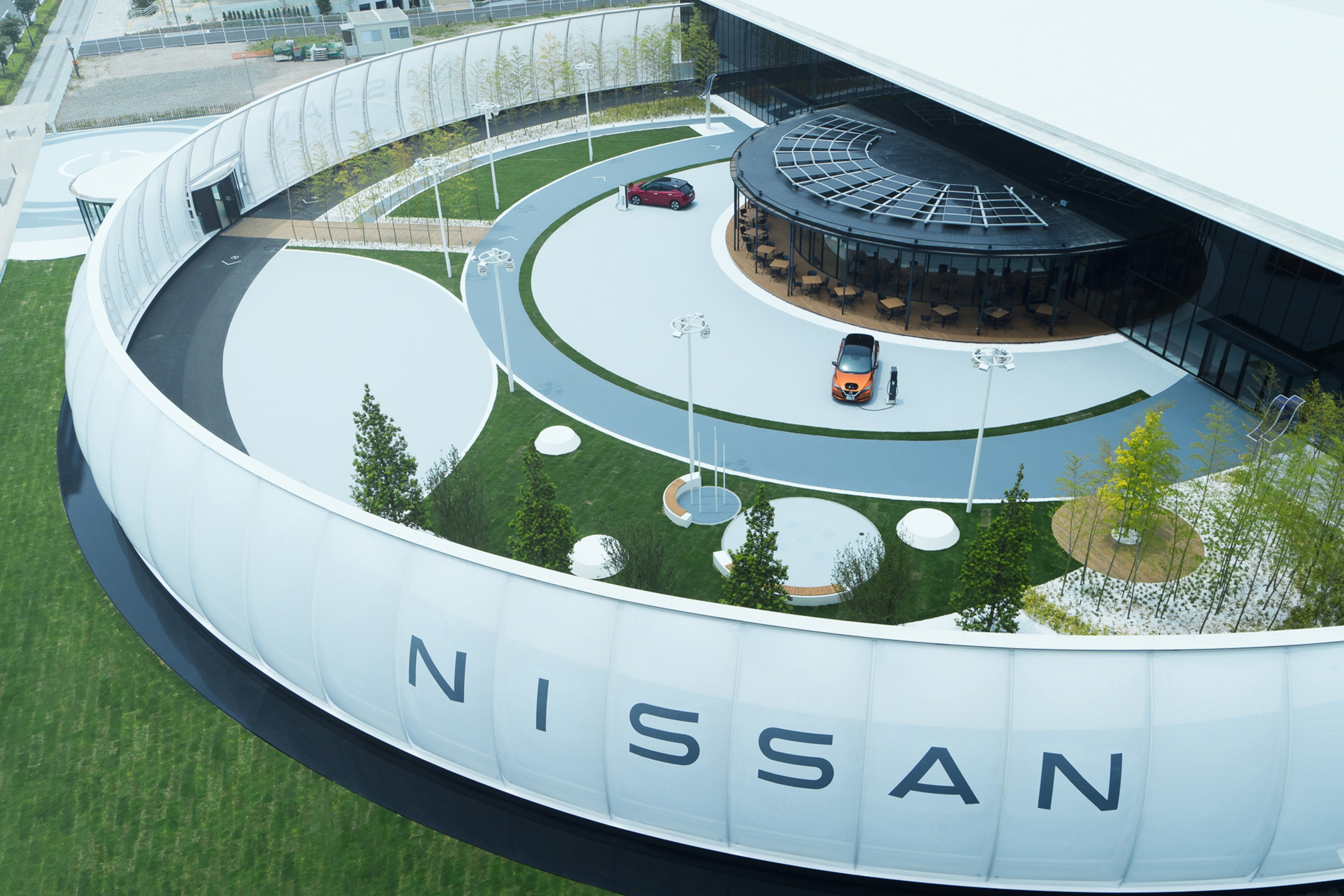 Nissan is giving customers the ability to pay for parking with electricity. It is only at one location at the moment, the Nissan Pavilion exhibition space in Yokohama.

The 10,000-square-meter, zero-emission Pavilion is outfitted with solar panels and supplied with renewable hydroelectric power.

The Pavilion is also demonstrating other features.  Their Chaya Café operates on power supplied by LEAF electric cars and solar energy.

Nissan introduced the world’s first mass-market electric car, The Leaf, in 2010. Since then, the company has partnered with governments and businesses around the world to expand the uses of EVs.

In Japan, Nissan has also entered agreements with local governments to use LEAF cars as mobile batteries that can supply energy during natural disasters. In another partnership, the company is repurposing used EV batteries to power streetlights.

Nissan aims to sell more than 1 million electrified vehicles a year by the end of fiscal 2023.

Sumitomo Rubber Industries and Kansai University have developed a new technology to generate electric power from the rotation of a tyre. By installing an energy harvester inside a tyre, static electricity can be converted to clean energy. [Read More]