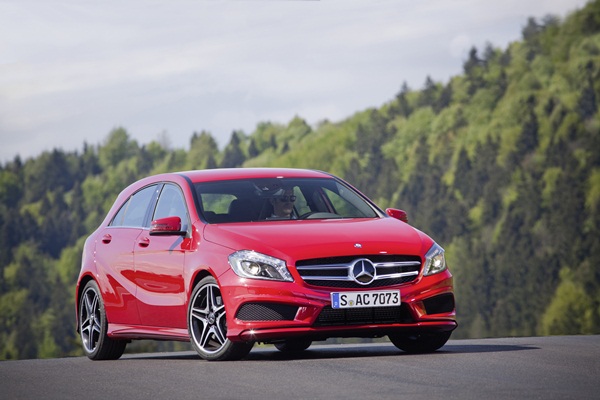 Due to the very positive resonance of the new Mercedes-Benz A-Class, Daimler will expand production capacities for the model. The company thus signed an agreement with the Finnish Supplier Valmet Automotive. According to the agreement, Valmet will produce more than 100,000 units for Daimler from 2013 through 2016.

Dr. Wolfgang Bernhard, Member of the Board of Management of Daimler AG responsible for Manufacturing and Procurement Mercedes-Benz Cars & Mercedes-Benz Vans: “Our new compacts are so popular with our customers that the Rastatt and Kecskemét plants are completely utilized. We will even switch to three-shift operations in Rastatt this fall. We thus signed Valmet as an experienced production specialist who will provide us with additional A-Class capacities as of 2013. Our aim is to optimally serve customer demand and keep delivery times of our new A-Class as short as possible in the interest of our customers.” The company has received more than 40,000 A-Class orders to date. Market launch will be in mid-September.

Production sites of the new generation of Mercedes-Benz compact cars

The new Mercedes-Benz compacts are produced in a network of the Mercedes-Benz plants in Rastatt, Germany, and Kecskemét, Hungary. The B-Class rolled off the line as the first product of the new generation at both sites, the new A-Class has been built at Rastatt since July 2012. Next product from the Rastatt plant will be the compact SUV, and from the Kecskemét plant the four-door coupe of the new generation of compact cars. Moreover, Daimler invests massively in the German powertrain plants: Almost 400 million Euros will be invested in 2012 and 2013 in components that will only be used for the new compacts. It is furthermore planned to build premium compact cars for the Chinese markets locally and close to the customers in the future.

About the new Mercedes-Benz A-Class

The new Mercedes-Benz A-Class sets new standards in the compact segment: exceptionally emotive in its visual design, dynamic with engine power ratings ranging from 80 kW (109 hp) to 155 kW (211 hp), highly efficient with emissions from 98 g CO2/km and a best-in-class Cd value of 0.27. The new A-Class underlines at the same time that safety is not a matter of price at Mercedes-Benz – among others, the radar-supported COLLISION PREVENTION ASSIST system comes as standard equipment. Prices in Germany start from 23,978.50 euro (incl. 19% VAT) for the A 180 BlueEFFICIENCY.

Mercedes AMG with was founded on the 1 June 1967. 55 year anniversary to launch a road gong version of the AMG- One concept vehicle. [Read More]