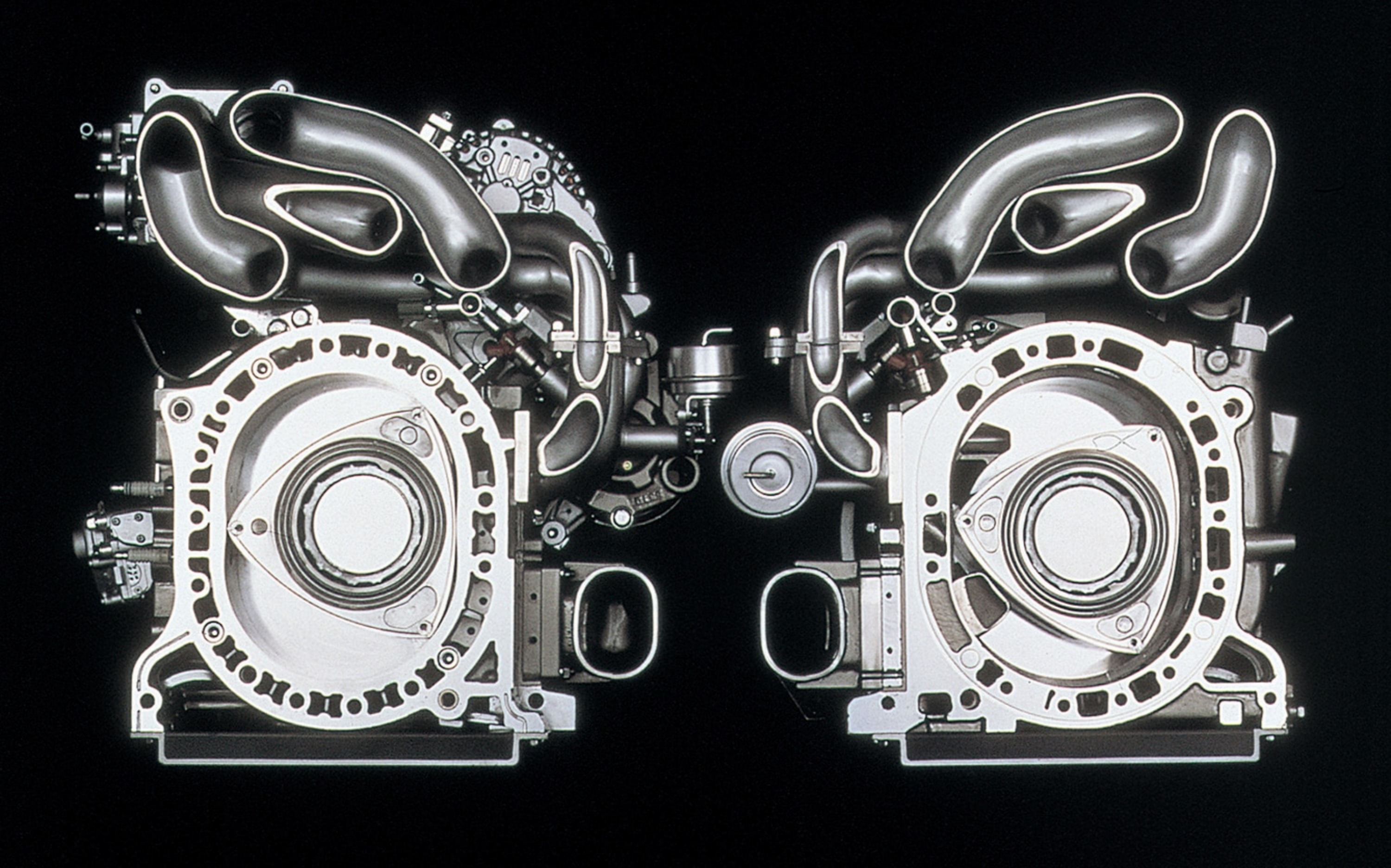 The Rotary engine was invented by the German engineer Felix Wankel, in the early 1960s. Mazda tried the hardest to make them work and, as David Brown reports, they have not given up.

Mazda has developed a vehicle platform on which it can produce hybrids and electric vehicles.

They plan to launch a fully electric vehicle next year.

But plug in hybrids are on the cards using rotary engines.

As a stand-alone power plant the rotary was powerful but not fuel efficient.

But it has some advantages for hybrid applications: it’s light, quiet and works especially well when running at a constant speed.

It can also easily run on various fuel types: petrol, LPG and even hydrogen.

THE timing  to production of the rotary based hybrids is not clear; the priority at the moment is making the powertrain more space efficient.

About David Brown 343 Articles
David’s boyhood passion for motor cars did not immediately lead to a professional role in the motor industry. A qualified Civil Engineer he specialised in traffic engineering and transport planning. What followed were various positions including being seconded to a government think-tank for the planning of transport firstly in Sydney and then for the whole of NSW. After working with the NRMA and as a consultant he moved to being an independent writer and commentator on the broader areas of transport and the more specific areas of the cars we drive. His half hour motoring program “Overdrive” has been described as an “informed, humorous and irreverent look at motoring and transport from Australia and overseas”. It is heard on 22 stations across Australia. He does weekly interviews with several ABC radio stations and is also heard on commercial radio in Sydney. David has written for metropolitan and regional newspapers and has presented regular segments on metropolitan and regional television stations. David is also a contributor for AnyAuto
Website

How to Charge You Electric Car

February 14, 2019 Alan Zurvas ENVIROCAR Guide, News, Other News Comments Off on How to Charge You Electric Car

Electric Car Charging and Range Anxiety – Will this change? Probably, but for now it is caution all the way.
The important thing to remember is owning a fully electric car means a change of habit. [Read More]

Green driving should also include the tyres

October 2, 2019 Pete Wilson News Comments Off on Green driving should also include the tyres

There is a lot of pressure on reducing the environmental impact of driving. Green driving is the concept of reducing the impact of your driving. When you drive it is always better to have a new car versus an older, as the new cars are more fuel-efficient. [Read More]