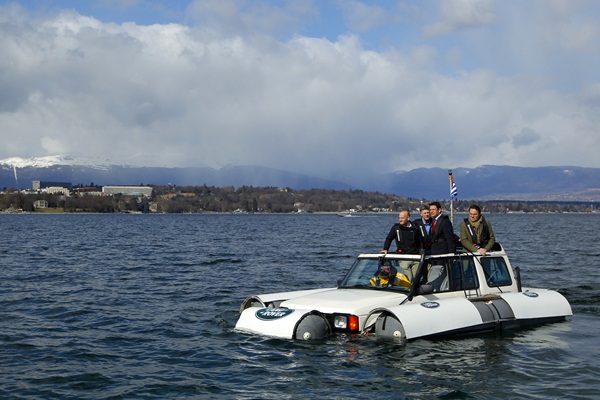 Land Rover has showcased its strongest ever product portfolio on the first day of the 2012 Geneva Motor Show. In addition to the brand’s 2012 lineup, three special vehicles highlighted the breadth and strength of the Land Rover brand – the 1,000,000th Land Rover Discovery, the DC100 Defender Concept vehicle and for the first time in public, the Range Rover Evoque Convertible Concept. 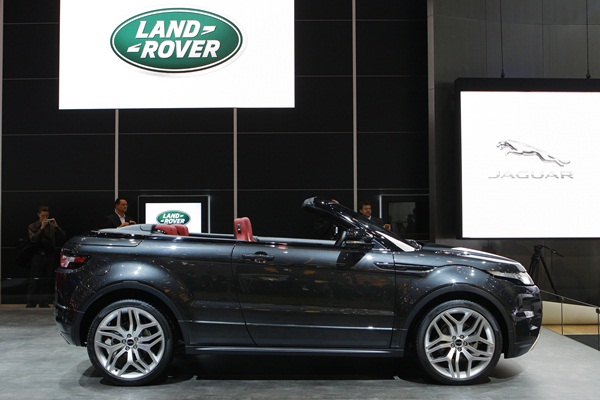 One of the most talked about vehicles at the Show, the Evoque Convertible Concept is the world’s first premium SUV convertible. It is a bold design study that builds on the current model’s success and reflects Land Rover’s expertise at identifying and leading new market segments. The soft-top concept vehicle features a fully retractable premium roof with a Roll Over Protection System [ROPS]. The convertible cleverly combines capability and versatility with a drop down tailgate and a comfortable four-seat set up.

Whilst there are no current plans to put the Evoque convertible into production, Land Rover will be gauging reaction to the concept and listening carefully to feedback. 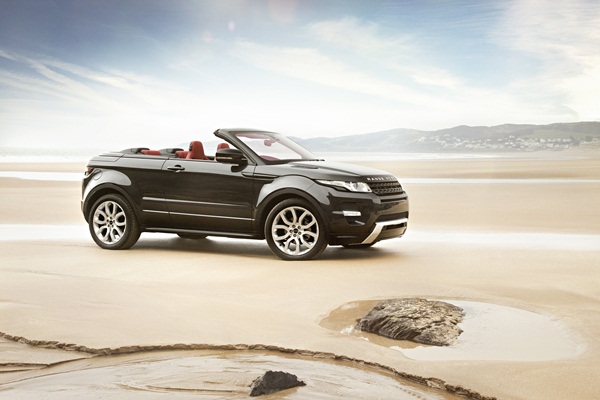 On unveiling the exciting new concept at the JLR press conference, Land Rover Design Director, Gerry McGovern, said: “We believe that the Evoque lends itself beautifully to the idea of a convertible. From a pure design perspective, we have used Evoque’s dramatic shape to create a distinctive and highly desirable proposition.”

Also positioned proudly on the stand was the land mark 1,000,000th Land Rover Discovery, which is making a pit-stop from its 8,000-mile, 50-day ‘Journey of Discovery’. The special expedition from Birmingham to Beijing will take in some of the world’s toughest terrain with the aim of raising ₤1million for the International Federation of Red Cross & Red Crescent Societies (IFRC), Land Rover’s Global Humanitarian Partner. The money raised will support a long-term water sanitation project in Uganda.

Land Rover Brand Director John Edwards introduced the 1,000,000th vehicle to the Show saying: “The Land Rover Discovery is surely the most capable and versatile SUV in the world. It is our most awarded car ever with over 200 global accolades to date and sales last year up by 15%. 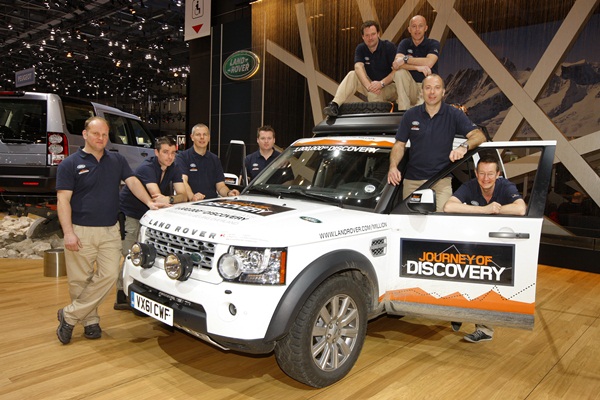 “The ‘Journey of Discovery’ promises to be quite an adventure and I can think of no better way to celebrate a vehicle which has embodied the Land Rover spirit of adventure for almost a quarter of a century.”

To celebrate the success of Discovery and demonstrate Land Rover’s continuous achievements in all-terrain capability, vehicles from the brand’s heritage fleet were available for special drives on the shores of Lake Geneva. Heritage models from the past 23 years of production, including the first Discovery off the production line in 1989 and a Series I Land Rover from 1957 were on hand. A fully amphibious Discovery converted for Cowes Week in 1990 created a splash as it was driven into Lake Geneva to demonstrate the brand’s go-anywhere capability.

Members of the public can follow the progress of the expedition and learn how to donate to the IFRC at www.landrover.com/million

Completing the line up on the Land Rover stand was the striking red Land Rover DC100 concept with new snow and ice accessories fit for its Geneva debut. Technologies on the vehicle designed to help tackle extreme winter conditions include an automatic i-Terrain device to assess surface conditions and respond accordingly, Wade Aid sonar technology to assess water depth and underwater terrain and a driver-activated spiked tyre system, deployed at the touch of a button to help tackle slippery ice and snow.

Originally only available in estate style when launched in September 1989, the Discovery came with a choice of a V8 petrol or a 4-cylinder turbo-diesel engine. The Discovery utilised the same underpinnings as a Range Rover and had inward facing seats in the rear which allowed the Discovery to become a 7-seat vehicle.

This Discovery was originally built as an on the road vehicle with a V8 petrol engine to support the Discovery launch in 1989.

In 1990, this vehicle was converted by the Special vehicle Operations (ETO) department at Solihull into an amphibious vehicle which required the engine being converted into the diesel derivative. This was in aid of supporting Cowes Week held on the Isle of Wight.
•Registration Mark: G459 WAC
•Chassis No: SALLJGVV7GA383001
•Production Date: 1989
•Delivery Date: Converted 1990
•Coachwork: 3 Door Estate Style
•Engine: TD4 2495cc
•Power: 111bhp

Porsche shows the new Boxster at the Geneva Motor Show

The all-new Kia cee’d made its world premiere Tuesday, March 6, at the 82nd Salon International de l’Auto in Geneva. Joining the Kia cee’d in Switzerland, the Ray EV (electric vehicle) and the Track’ster concept make their first appearance before a European audience. [Read More]