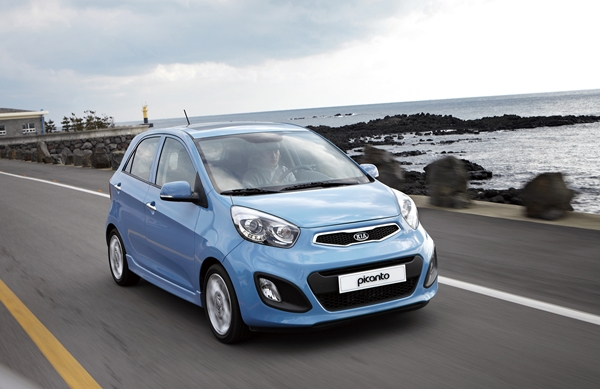 Kia customers will benefit from the next generation Picanto’s greatly reduced CO2 emissions and improved fuel economy when the company’s latest A-segment hatchback goes on sale around the world later this year.

Making its global premiere at the Geneva Motor Show in March, new Picanto has been redesigned and re-engineered with stand-out styling that conveys a sense of solidity and maturity. Longer than the previous model, and with an extended wheelbase, new Picanto promises more passenger comfort and 27 per cent increased cargo space. Offered for the first time with a choice of five-door and three-door bodystyles, it is set to completely redefine its position as one of the most competitive vehicles in the global ‘city car’ A-segment.

Buyers of new Picanto will be presented with a choice of four all-new super-efficient powertrains – three versions of the 1-litre, three-cylinder Kappa engine (gasoline, flex fuel and bi-fuel) and a single 1.2-litre four-cylinder gasoline Kappa power unit – depending on individual markets.

Power outputs will range from 51 to 63kW, with maximum torque between 94 and 121Nm. Exhaust emissions have been significantly reduced, so that regular models in the new Picanto line-up will have a CO2 rating of 95 to 105 g/km. The bi-fuel 1-litre engine will generate 60kW and 94Nm of torque. Fuel economy will range from 4.2 to 5.9 litres per 100 km, contributing to lower running costs. 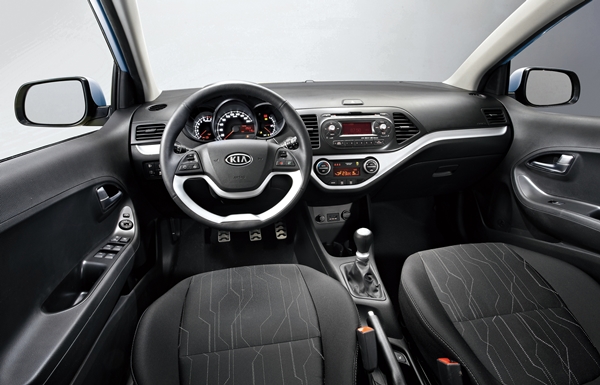 In Europe, all models will be available with Kia’s fuel-stretching ISG technologies, cutting emissions to between 90 and 100 g/km – so that every model qualifies for local emissions-based tax savings, where available – and improving fuel economy to a range of 4.1 to 5.6 litres per 100 km.

The engines will be mated to a choice of five-speed manual or four-speed automatic transmissions, depending on market.

New Picanto is destined to be a highly competitive newcomer in the A-segment. As well as offering new levels of powertrain efficiency, it boasts a distinctive exterior, sophisticated interior, and numerous ‘large car’ advanced comfort and safety features like LED daytime running lights, button-start with smart key, grip-type outside door handles and six or seven airbags, depending on region. The new Picanto will also maintain Kia’s reputation for delivering great value.

The next generation Picanto will make its global premiere on March 1 at the 2011 Geneva International Motor Show.

“A Bentley Grand Tourer doesn’t necessarily have to be a coupé, a convertible or a saloon – it could equally well be an SUV. What’s important is that it should be true to Bentley’s brand values and in line with the desires and needs of our customers.” – Alasdair Stewart [Read More]