Ioniq5 vs EV6  – Hyundai and Kia are separate entities under the one major corporation. They both recently launched electric vehicles onto the Australian market built on the same platform but looking markedly different. 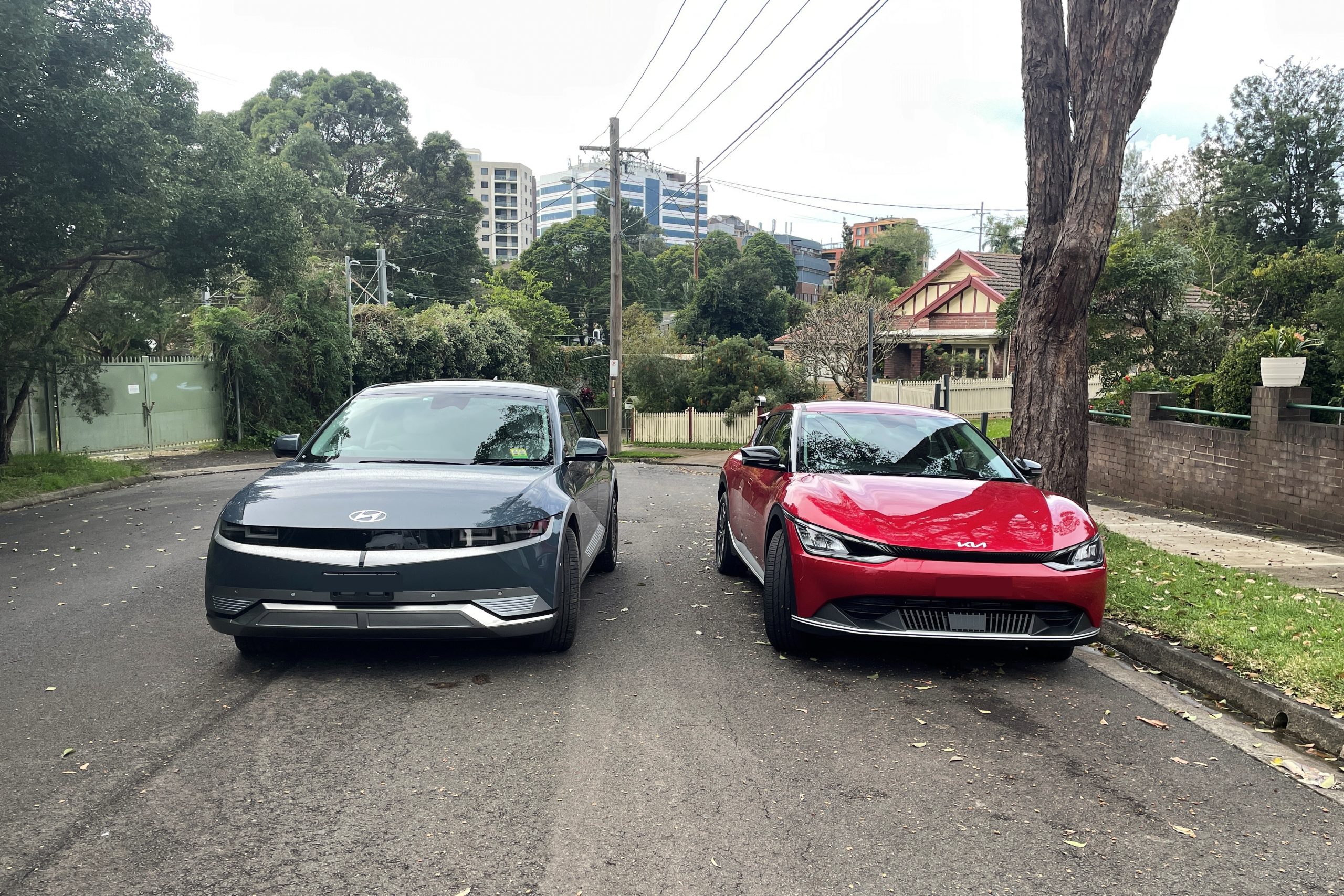 The new Kia EV6 is a more flowing design and while classified as an SUV has strong elements of a large sedan.

The difference is in features. The Hyundai base model has extras such as

One of the most obvious differences was the operation of the door handles.

In both cases they are flush with the door but in the Kia you had to press one end to get it to pivot out.

The Hyundai’s handles would automatically extend to be able to more easily open, whenever the car was unlocked.

One of the other advantages of this is that you could tell if the car was locked from a distance.

The shape of a vehicle can mean so much to a person from their own perspective.

I drove behind a KIA EV6 and had a flash of memory of the Citroen DS.

The rear with the small protrusions from the top of the roof, in the Citroen they were blinkers in the Kia that provide puddle lights. The windows and roof Even from the front with a bonnet that slopes down. The tail slops down a bit on the Kia although the line is broken by the rear airfoil.

The nose of the car sloping down also had a memory spike for me.

My artistic friend felt I was stretching the image a bit but then again he thought the Hyundai Ioniq 5, from directly front on, reminded him of the DeLorean!

The detail pricings before on-road costs are are:

A number of non-traditional car manufacturers are building electric vehicles.  David Brown reports that while the basic electric platform is relatively simple, do they need a car maker to get the top half right. [Read More]

Porsche has confirmed Australian pricing and specifications for the new Taycan, the first all-electric Porsche sports car. The Taycan is now available to order and will arrive in Australia from [Read More]