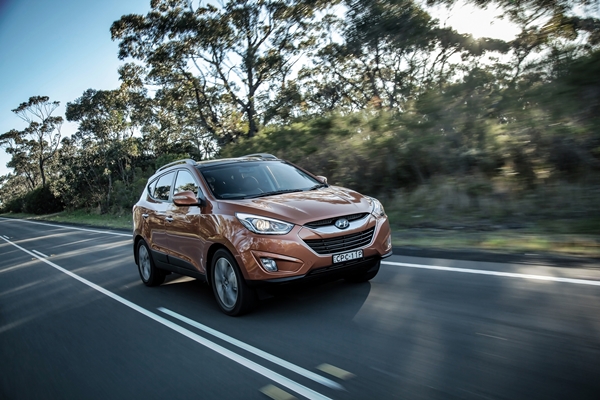 The changes further enhance the ix35’s strong value-for-money appeal, clever interior packaging and its driveability both on-road and off – a combination that has helped the model dominate the thriving small SUV market segment. 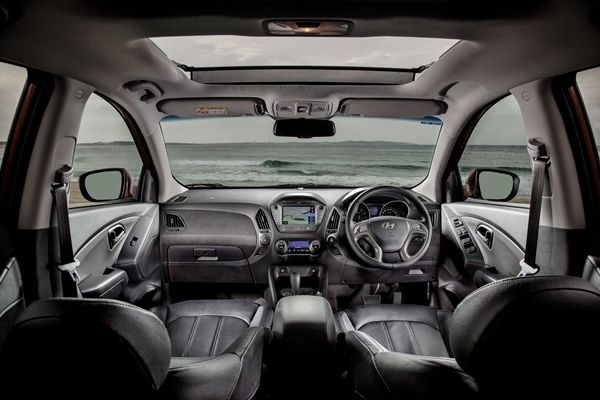 However, the biggest changes are under the bonnet and underneath the ix35 itself.

The ix35 Series II is powered by an all-new direct-injection petrol engine line-up with the introduction of the Nu 2.0L GDI and Theta II 2.4L GDI engines which deliver better performance and driveability.

The entry-level ix35 Series II now gets a six-speed, rather than five-speed manual gearbox, alongside the impressive six-speed automatic that is standard across the rest of the range.

Further mechanical enhancements include the incorporation of a quicker-ratio power steering system, now with 32-bit computer processing, and the adoption of improved, locally developed suspension tuning.

Faster, sharper steering
As part of an update to the latest Hyundai technology, the ix35 Series II’s power steering system now uses 32-bit computer processing, rather than the 16-bit system found in the original ix35. This faster processor delivers more rapid response to the driver’s steering input while also providing more feedback from the road surface. As part of the update, the steering ratio has been reduced from 2.99 to a faster 2.83 turns lock-to-lock.

New Nu and Theta fuel-injected engines
The ix35 Series II is powered by an all-new petrol engine line-up that introduces the direct-injection Nu 2.0L GDI and Theta II 2.4L GDI engines to the model, both of which deliver better performance and driveability.

The 2.0L GDI engine that powers the entry level ix35i Active and also is available in the middle-specification Elite delivers the same 122kW of power as its multipoint-injected predecessor but, thanks to direct-injection, now delivers 205Nm of torque (up 8Nm).

The direct-injected 2.4L Theta 2.4L GDI engine also has brought improved performance to the ix35 Series II Elite and Highlander variants. Power is increased to 136kW (up 6kW) while torque becomes 240Nm (a sizeable jump of 13Nm), all of which translates to stronger performance – especially at mid-range, overtaking speeds.

The entry-level, two-wheel-drive-only ix35 Series II Active now steps up to a six-speed manual gearbox, rather than the five-speed ’box that was standard in the original ix35. Hyundai’s impressive six-speed automatic transmission is optional in Active and standard across the rest of the range.

Exterior changes
New aerodynamic, metal-effect roof rails are now standard on Elite and Highlander ix35s. Headlights are now projector-beam units, which give a stronger, better-focused beam than standard parabolic reflector-style headlights. New LED positioning lights are on the lower portion of the headlights on Active models and on the upper portion on Elite and Highlander variants.

Front cupholders have been reshaped and now feature mood lighting. The newly redesigned 60/40-split rear seat now comes with two-stage reclining function, to give rear passengers more control over their level of comfort.

With the recent launch of the sixth generation Subaru Outback we took the opportunity to revisit a trip to Byron Bay in the new model and see what the differences are. [Read More]

Subaru has launched a special edition of its entry-level Forester 2.5i-L variant with a variety of extra features adding value to the multi award-winning Sports Utility Vehicle. The long list of extra features adds just $2000 to the standard Forester 2.5i-L, giving the Special Edition a starting price with CVT transmission of $34,990 Manufacturer’s List Price [Read More]