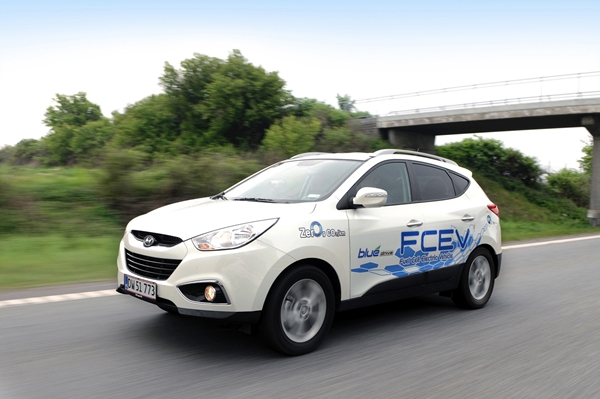 Hyundai Motor Company gave the mayors of the four Nordic capital cities the opportunity to test drive its Fuel Cell Electric Vehicles (FCEVs) and to experience the automaker’s most advanced eco-friendly technologies.

Hyundai provided two of its latest ix35 FCEV for the test drive, which was held from the City Hall of Copenhagen, Denmark, on the 12th May. The ground-breaking event was attended by mayors of the capital cities of Norway, Sweden, Denmark and Iceland. After the event, H2 Logic A/S, a leading developer of hydrogen & fuel cell technology in Denmark; and the City of Copenhagen, plan to operate test drives of the vehicles at selected public events in Northern European cities.

The ix35 FCEV, which emits only water vapour, boasts the same convenience as today’s traditional internal combustion engine powered vehicles by offering a driving range comparable to that of petrol on a single refuelling, as well as a maximum speed of 160 km/h and zero-to-100km/h time of 12.8 seconds. 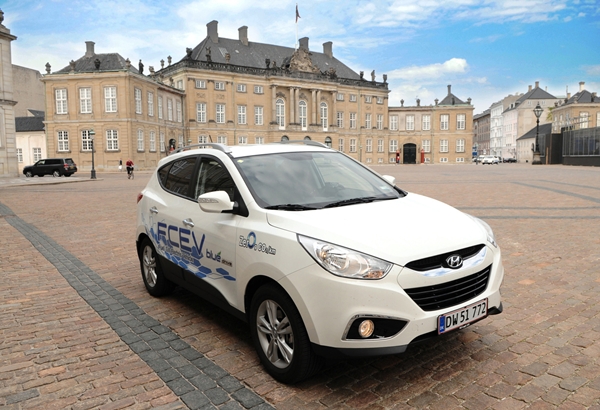 En-route to the test drive, the hydrogen-powered ix35 SUV travelled 340 km on a single refuelling, (the first for an electric car), from the city of Holstebro in West Denmark to Copenhagen in the East. The test drive demonstrated Hyundai’s advanced eco-friendly technology and provided further momentum to its leading role in the European FCEV market.

This January, Hyundai Motor Group signed an MOU with four Northern European countries to operate a test fleet of FCEVs. In February, it signed an MOU with the Clean Energy Partnership (CEP) in Germany to help promote FCEVs and showcase the company’s competitiveness in eco-friendly vehicles.

It is the intention that five Hyundai ix35 Fuel Cell models – the first production fuel cell cars in the world – will be an integral part of the London Hydrogen Network Expansion (LNHE) project.. Earlier this year, the zero-emission Hyundai ix35 Fuel Cell was awarded the prestigious FuturAuto accolade at the 2013 Brussels Motor Show. [Read More]