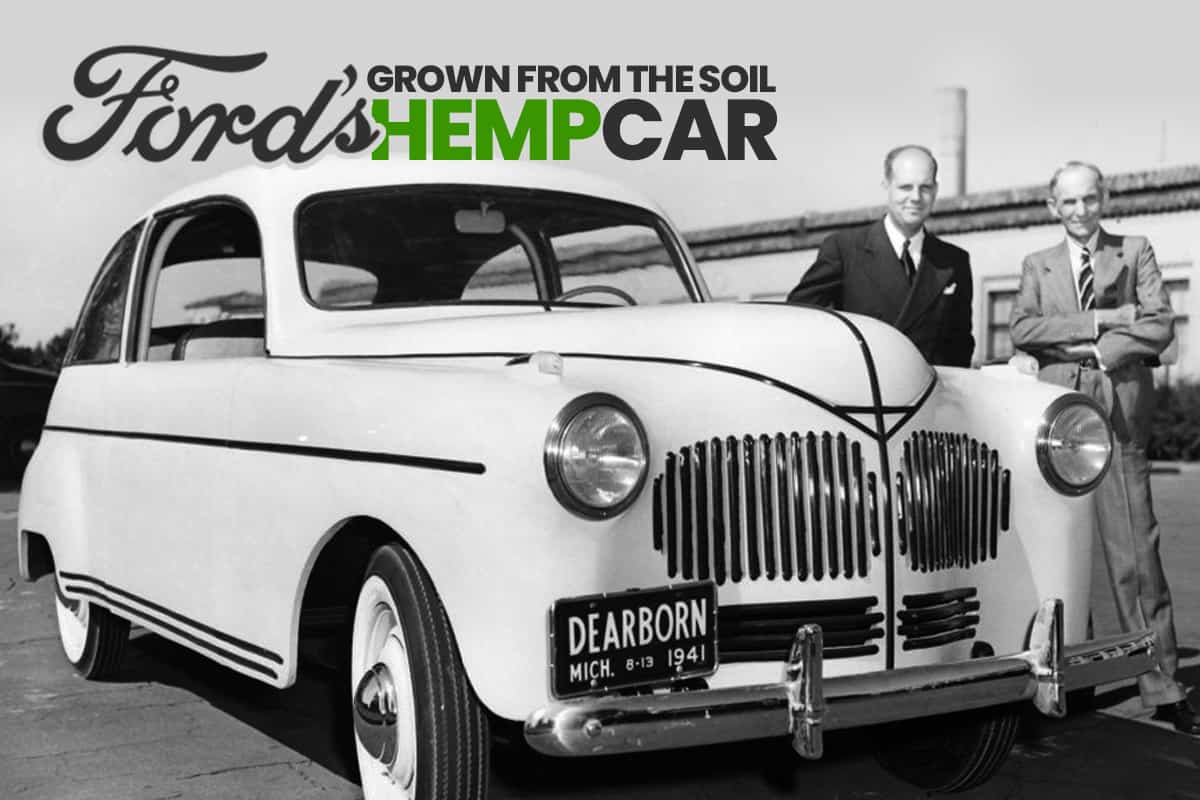 Henry Ford built a car out of hemp plastic that ran on hemp fuel almost a century ago. Why aren’t we driving it today?

A year ago, Jay Leno featured a story about “the world’s first carbon-negative car” made of hemp plastic. The body of the car is lighter than fiberglass, ten times stronger than steel and can run on  recycled agricultural waste:

“The ultimate goal Jay is to introduce the world’s first carbon-negative vehicle, and the key to that is going back to what Henry Ford advocated back in 1941, and that’s the idea to make everything you possibly can, including your fuels, out of plant material,” investor Bruce Dietzen says.

The carbon footprint of manufacturing a standard car is 10 tons. Because hemp sequesters carbon, the cars would be at least carbon-neutral, he reasons.

While Ford’s car wasn’t made entirely of hemp, it was one of the several plant ingredients in his 1941 bio-plastic Model T, and definitely the ingredient that made it tougher than steel:

The car ran on ethanol made from hemp or pretty much any agricultural waste.

The car was featured in Popular Mechanics Magazine and The New York Times:

But because growing hemp in the United States was essentially outlawed in 1937 because of its association with its THC-containing cousin, it was impractical for Ford to mass-produce vehicles that relied upon a steady supply of it.

If we’re lucky, the Hemp Farming Act will pass with this year’s farm bill, so Ford and Dietzen’s prototypes can revolutionize the auto industry.

“Why use up the forests, which were centuries in the making, and the mines, which required ages to lay down, if we can get the equivalent of forest and mineral products in the annual growth of the hemp fields?” ~ Henry Ford

Henry Ford sitting in his own hemp fields.