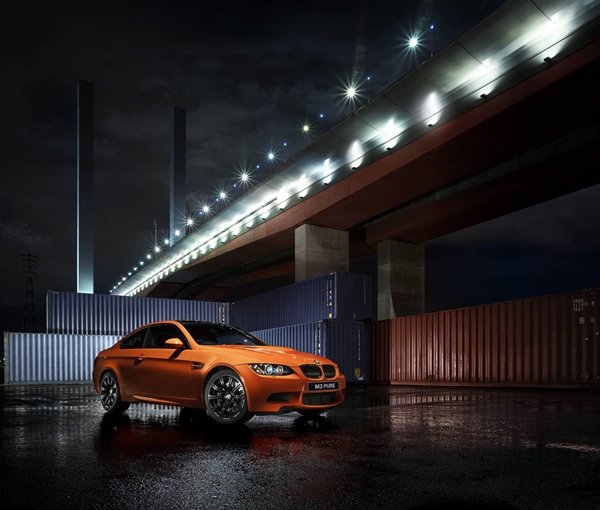 If you’re a BMW fan you may be interested to know that BMW will release 50 units specifically for the Australian market of a Pure Edition II for the MS Coupé. Of particular interest is the paint finishes that BMW has chosen for this release. Striking paint finishes will be available – not for a shrinking violet. Choices include Fire Orange, first seen on the limited edition M3 GTS, Dakar Yellow II, Laguna Seca, Sepang Bronze, and Imola Red. Offered as part of the package costs, the Individual paint finishes alone represent as much as $10,000 in added-value.

All M3s, including the Pure Edition, feature the signature variable M differential lock – with up to 100 per cent locking action with fully variable action whenever required – which provides perfect traction for the rear wheels.

2012 marks the 40th Anniversary of BMW M GmbH, BMW’s iconic high-performance vehicle division. BMW Group Australia, Managing Director Phil Horton said the M3 Pure Edition II is just one of a number of exciting M badged models to be released this year as part of those celebrations. “2012 is set to be a huge year for BMW M with the release of a new M5 followed by the M6 later in the year, as well as the introduction of the M performance vehicle range,” said Mr Horton. Mr Horton said he expects the M3 Coupe Pure Edition II to be as successful as the first M3 Pure. “Australian customers love what these cars offer in terms of looks and the performance to back it up” said Mr Horton

BMW will become the first carmaker to let you use your iPhone as a digital car key. [Read More]