The new BMW 5 Series revealed will arrive in Australia later this year carrying a raft of upgrades.

The new BMW 5 Series is characterised by sporting grace and clean surfaces with new precise modifications even more vividly showcasing its presence and style.

The BMW kidney grille adds extra width and height, drops down further into the front apron and is framed by a single-piece, octagonal surround. The slimmer contouring of the headlights brings a modern twist to the focused look familiar from BMW’s past and present.

BMW Laserlight is also available for the new BMW 5 Series to provide an even more powerful level of illumination of the road ahead.

In both headlight variants, the outer daytime driving lights also perform the role of turn indicators. Black edging and a new three-dimensional L-shaped graphic give the rear lights of the new BMW 5 Series additional visual impact.

The rear lights and brake lights are integrated into a shared light fixture that now forms a single unit with the prominently three-dimensional external lens. Regardless of the equipment line and engine specified, all models of the new BMW 5 Series come with trapezoidal tailpipe finishers.

An extended palette of metallic paints including distinctive hues from the BMW Individual range also allows customers to personalise the 5 Series to their specific tastes. 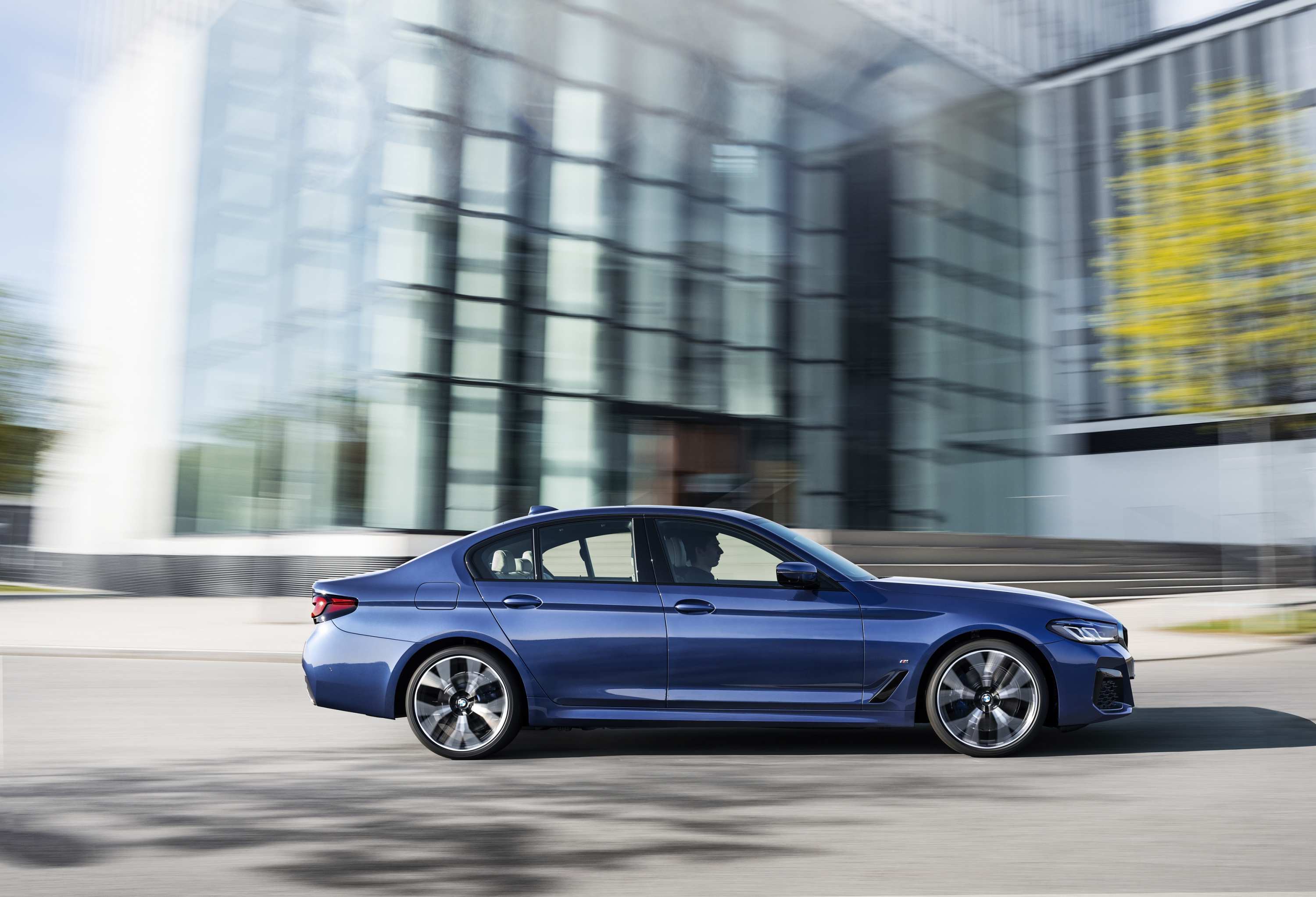 The new BMW M Sport package brings a significantly more muscular design to both the front and rear of the vehicle thanks to new, dynamically proportioned aerodynamic features.

New exterior colours and the BMW Individual Air Performance Wheels – which make their debut on the model – provide additional enhancements.

New additions to the options list include M Multifunctional seats derived from the BMW M5 Competition with a wide range of adjustments and two new interior trim strips.

Alongside the 390kW V8 under the bonnet of the range-topping BMW M550i xDrive sedan, the new BMW 5 Series comes with a choice of two other petrol engines, one diesel engine and one plug-in hybrid generating between 135kW and 215kW.

The High Precision Injection system in the petrol units operates at increased pressure, from 200 bar to 350 bar, meaning greater efficiency, while the two-stage turbocharging technology now fitted in all diesel variants makes for even sharper power delivery.

The 530e plug-in hybrid model also now includes the new XtraBoost function as standard equipment. The feature delivers an additional dose of power under vigorous acceleration with the joint output of the two power sources increased by 30kW up to a maximum of 215kW for up to 10 seconds. 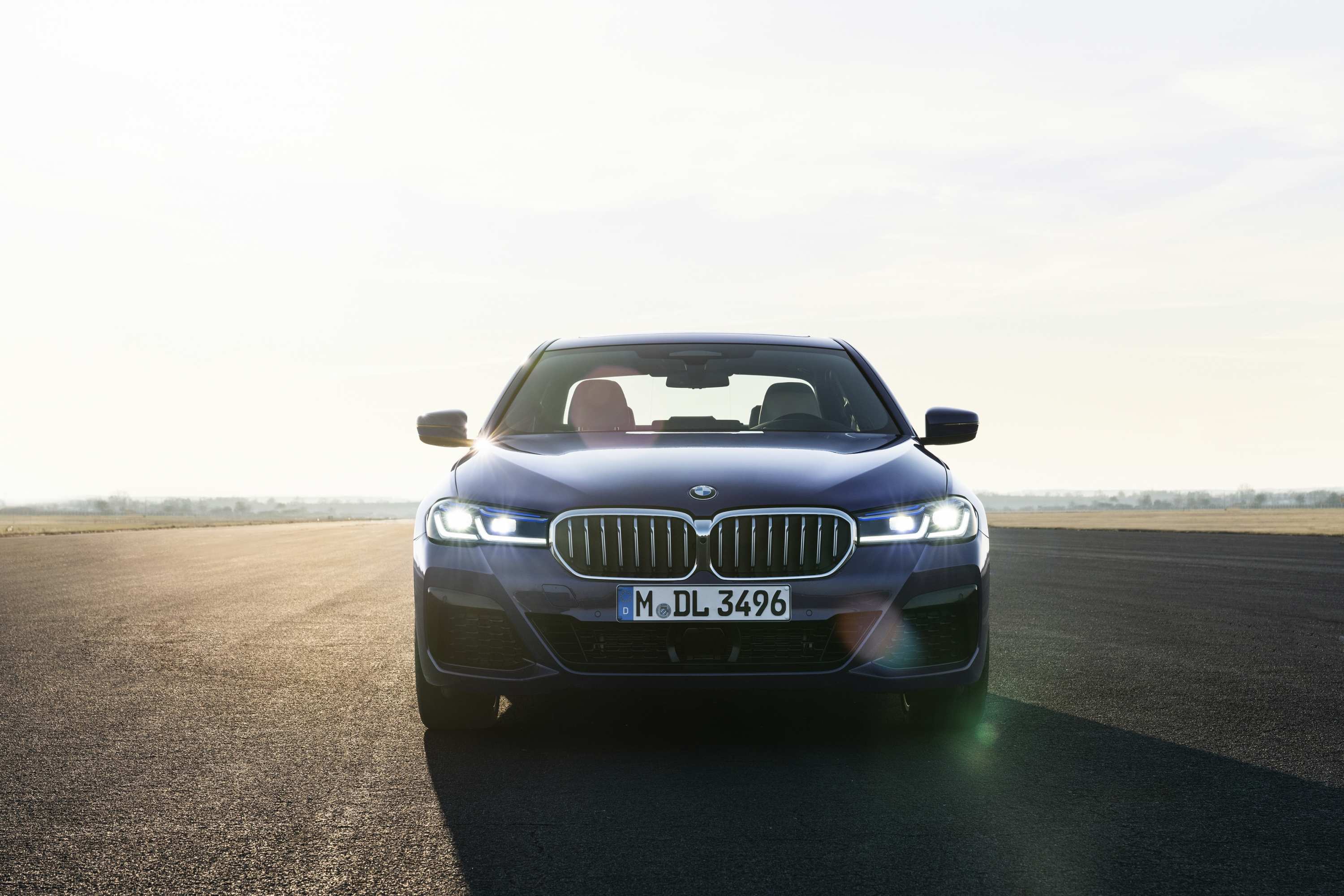 All engines link up with an eight-speed Steptronic transmission as standard, while BMW xDrive intelligent all-wheel drive is offered on the M550i xDrive and M550i xDrive Pure.

Sophisticated chassis systems are designed to effectively enhance either agility and dynamism or driving comfort.

The latest version of the optional Integral Active Steering can come to the driver’s aid when manoeuvring by turning the rear wheels as required even at speeds under 3km/h.

Red brake calipers are now available as an alternative to the blue units as a visual differentiator for the M Sport brakes.

The driver assistance systems available for the new BMW 5 Series enhance driving comfort on long journeys and increase safety in situations where the driver does not have a clear view.

The Parking Assistant’s range of functions has been extended with the addition of the reversing assistant, which takes control of the steering while reversing for distances of up to 50 metres.

The new Drive Recorder lets drivers capture and store videos of the scene around the vehicle, while the new 3D visualisation of the surrounding area in the instrument cluster provides an enhanced overview of the current traffic situation, the status of the driver assistance systems and the possible courses of action they offer. 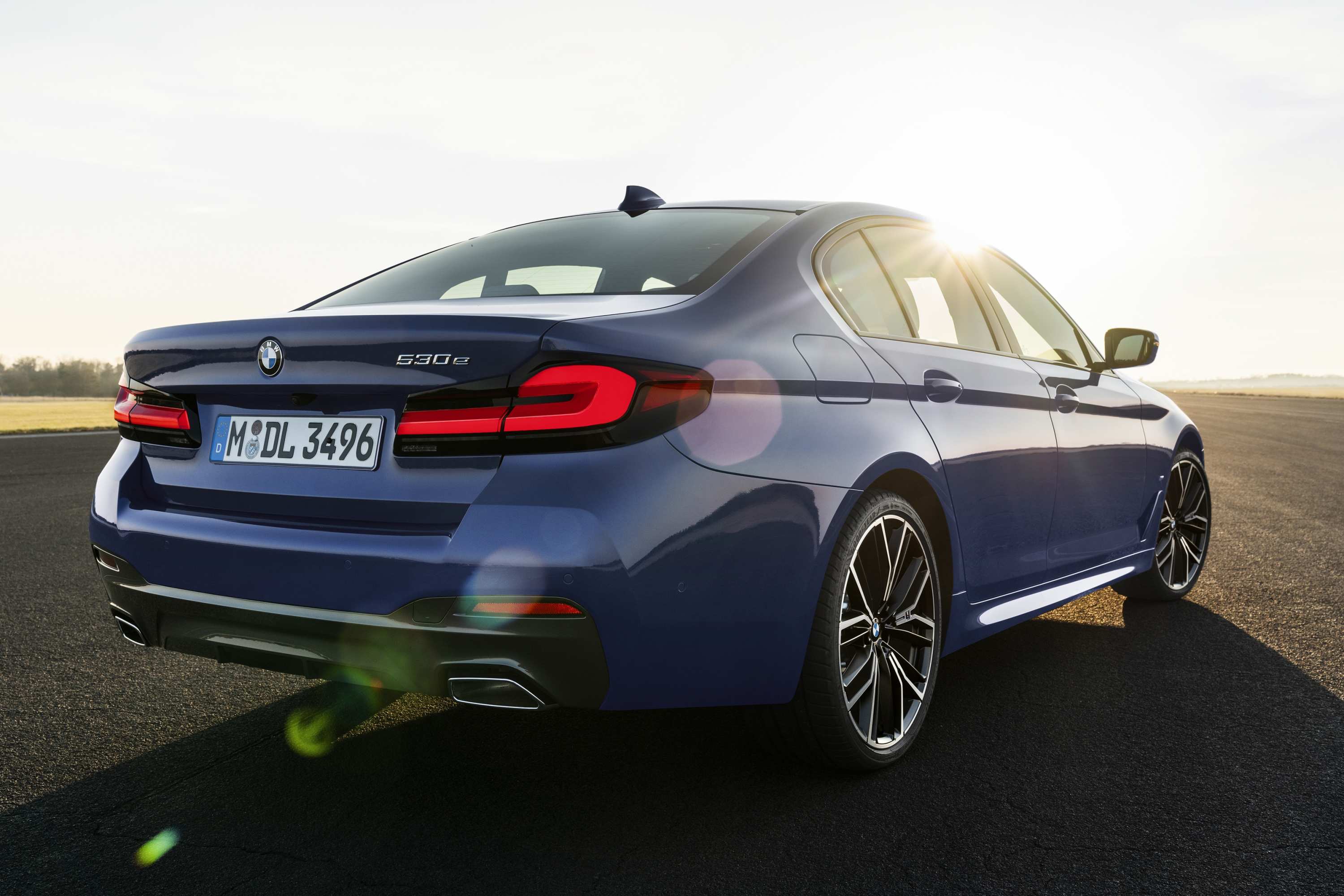 BMW 5 Series Digital services go to the next level

BMW Live Cockpit Professional brings the new BMW Operating System 7.0 to the BMW
5 Series, together with a host of additional digital services.

The BMW Intelligent Personal Assistant with extended functionality is also now available in the new BMW 5 Series as a standard feature.

The smartphone integration function is now compatible with both wireless Apple CarPlay and Android Auto, while Remote Software Upgrade enables improved vehicle functions and additional digital services to be imported over the air.

The new BMW 5 Series will arrive in Australia this October with pricing and specification details to be announced in the lead up to launch.

August 29, 2019 Rob Fraser 4WD & SUV Guide, BMW, SUV Comments Off on BMW X6 third-generation will arrive in Australia in the fourth quarter of 2019

The third-generation BMW X6 will arrive in Australia in the fourth quarter of 2019 with an enhanced styling package, sleek proportions, new infotainment systems and the option of BMW’s new high-capacity towing solution across all models. [Read More]