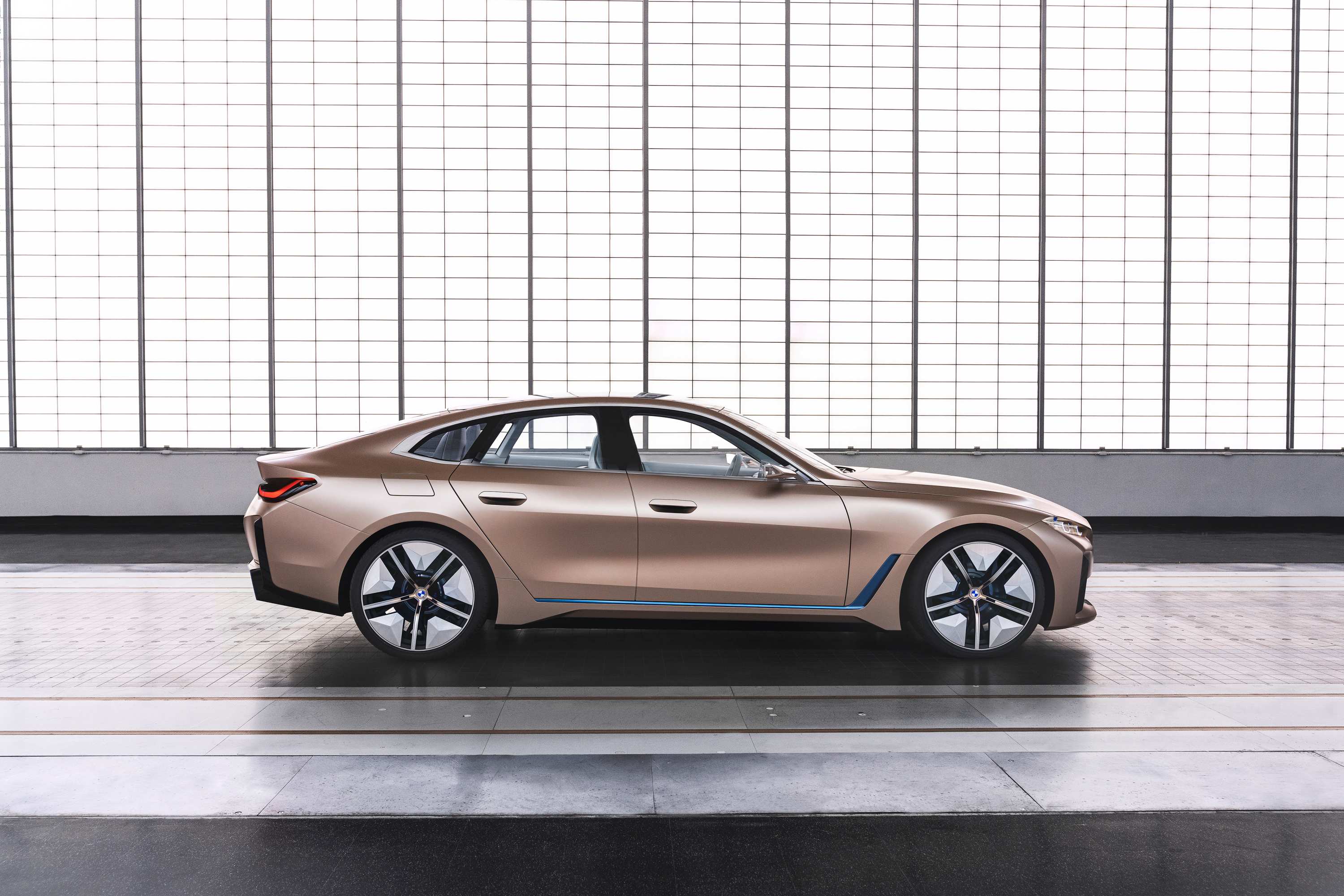 The BMW Group is opening a new chapter in its history with the unveiling of a pure- electric Gran Coupe. The BMW Concept i4 takes electric drive to the core of the BMW brand and heralds a new era in Sheer Driving Pleasure.

The BMW Concept i4 represents a look ahead to the BMW i4, slated to enter production in 2021. It provides a whole new take on the dynamic excellence for which BMW is renowned and blends a modern, elegantly sporty design with the spaciousness and functionality of a four-door Gran Coupe – all while generating zero local emissions. 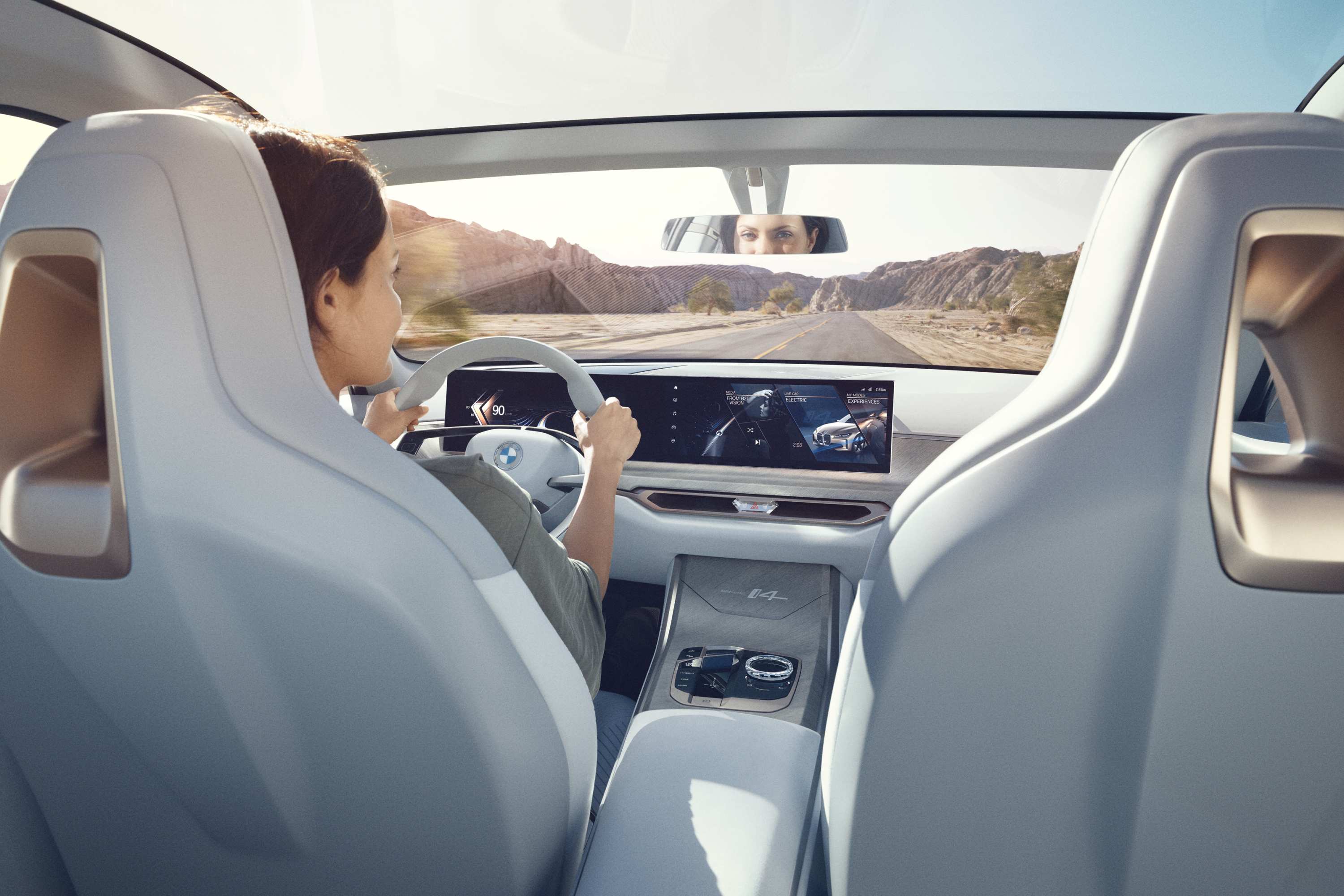 “The BMW Concept i4 brings electrification to the core of the BMW brand,” says Adrian van Hooydonk, Senior Vice President BMW Group Design. “The design is dynamic, clean and elegant. In short: a perfect BMW that happens to be zero emission.” The drivetrain’s standout numbers include a range of up to 600 km (WLTP), output of up to 530 hp, 0 – 100 km/h (0 – 60 mph) acceleration of approximately 4.0 seconds and a top speed in excess of 200 km/h (124 mph). However, the driving qualities of the BMW Concept i4 cannot be expressed in figures alone. The virtually silent delivery of power creates an entirely new sensation of dynamism.

“The design of the BMW Concept i4 shows fantastic proportions, a powerfully expressive character and, of course, a lot of attention to detail,” adds Domagoj Dukec, Head of BMW Design. “With the BMW Curved Display, we have redefined BMW’s signature driver focus in an extremely elegant way. At the same time, the BMW Concept i4 transports a feeling of sustainable driving pleasure.” As part of the package, the Concept i4 includes several exterior and interior design elements which will make an appearance in both the BMW i4 and other electrically-powered production vehicles. 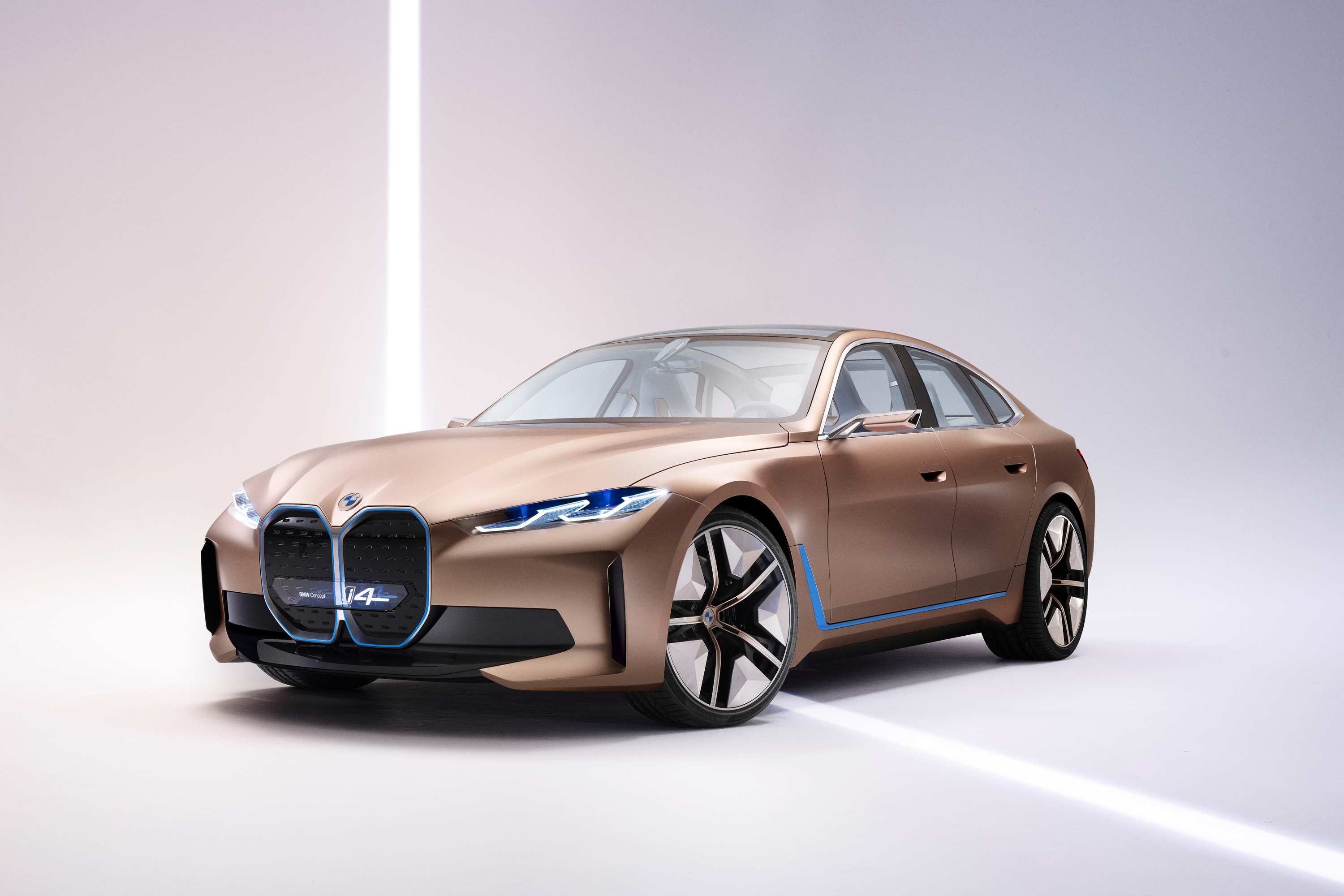 Series production of the new BMW i4.

Series production of the new BMW i4 will begin in 2021 at the BMW Group’s main plant in Munich. This means that, in the future, combustion-engined vehicles, plug-in hybrids and all- electric vehicles will be manufactured on the same assembly line in Munich. 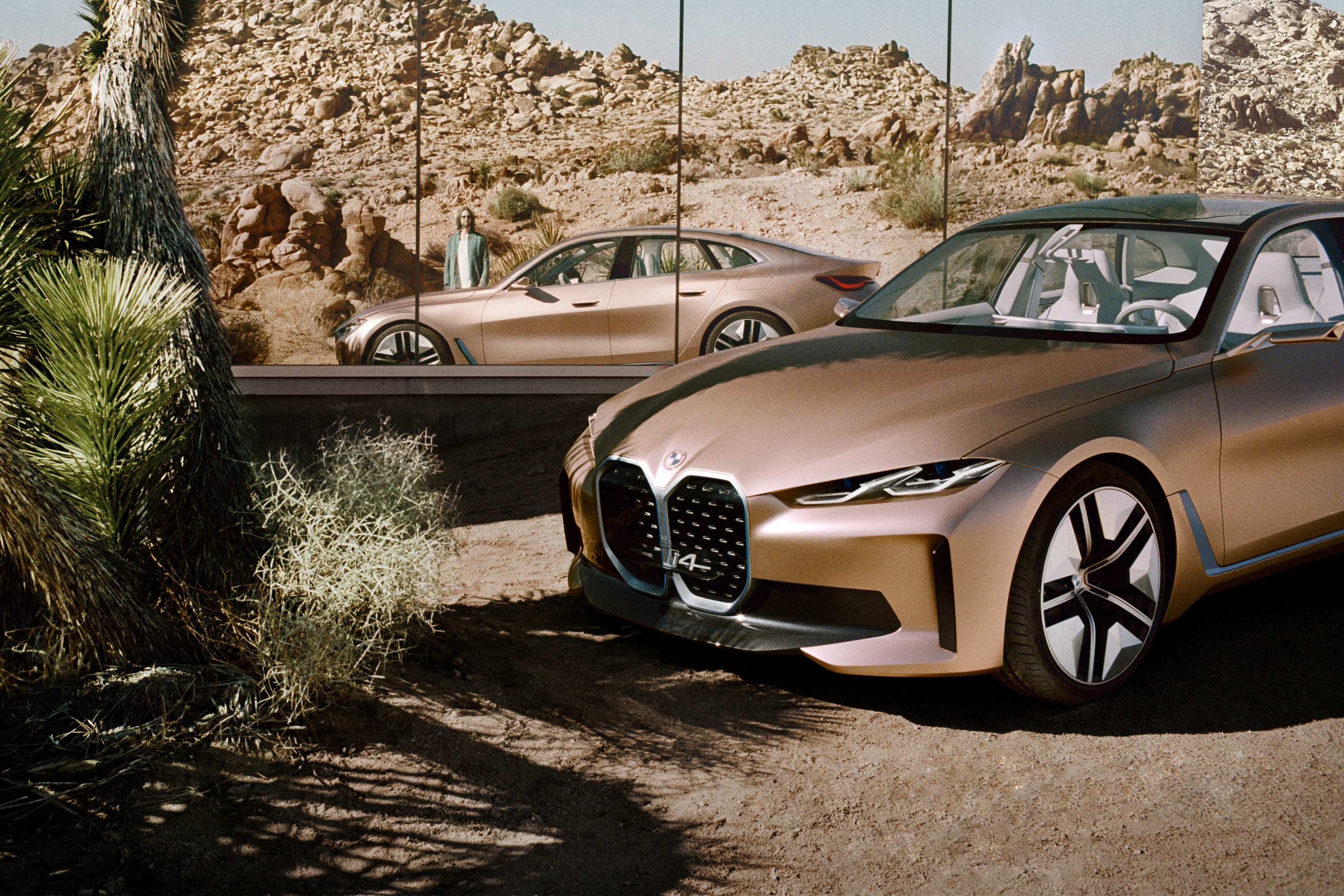 Integrating the BMW i4 into the existing production system represents a challenging task for Plant Munich. The body concept of the BMW i4 differs from the architectures of the vehicle models produced at the plant to date due to the need to accommodate its high-voltage battery. Approximately 90 per cent of the existing production equipment in the body shop can be incorporated into the process, i.e. adapted to manufacture of the i4. However, the remaining ten per cent – especially the machinery involved in building the rear structure – will need to be newly built. 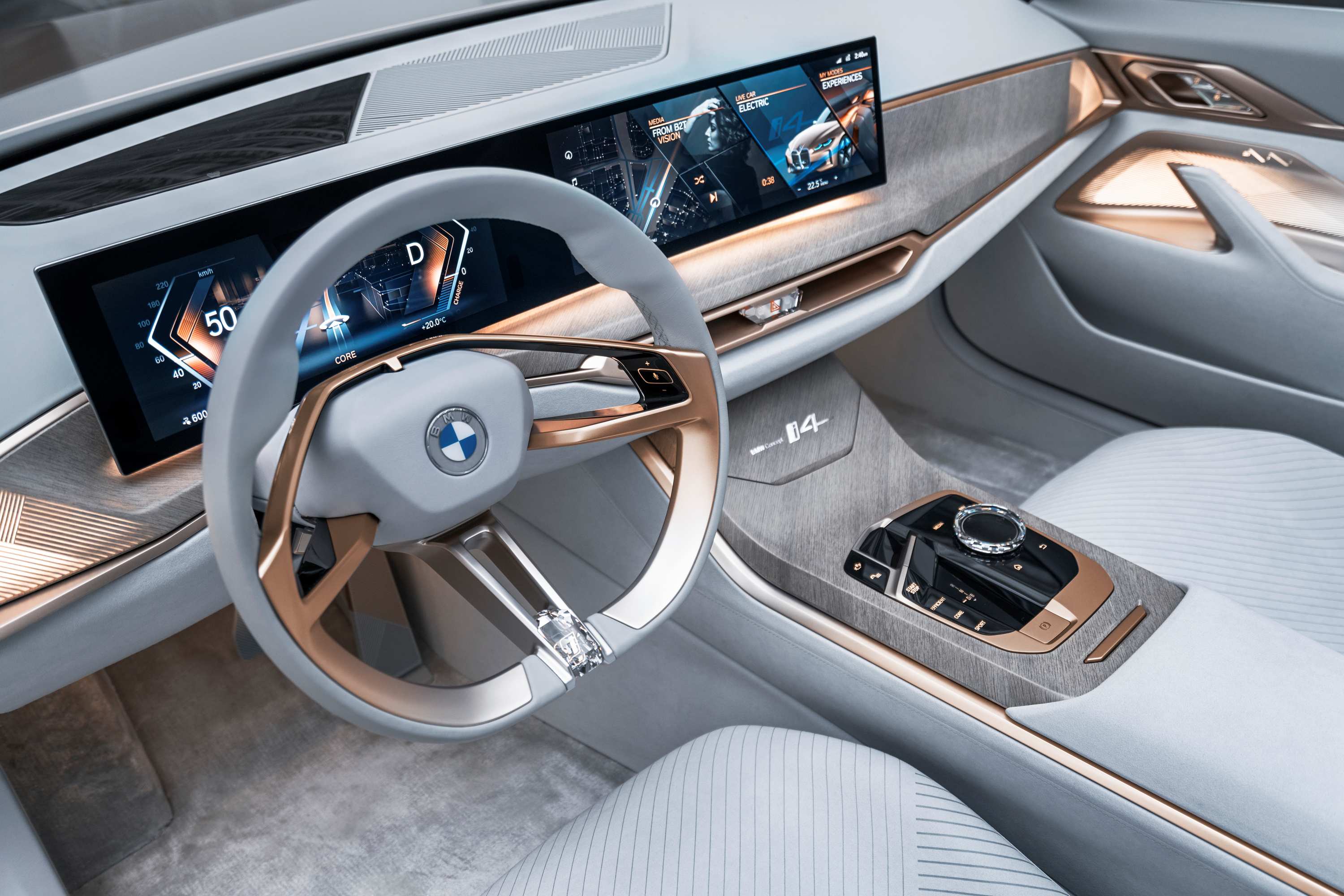 A separate new piece of equipment will be fitted in the assembly halls for installation of the high-voltage battery, as the battery needs to be fitted in the car from below. A particular challenge in the conversion/installation process are the crowded structures of the assembly halls. Working within these tight confines, old machinery will have to be removed and new equipment installed and brought on stream within a six-week period. This requires long-term planning and precise implementation.

The company is investing a total of around 200 million euros in Plant Munich to bring series production of the BMW i4 to fruition.

New technologies such as autonomous vehicles have been promoted as an all-or-nothing solution. David Brown says that authorities are now recognising the need for half way measures [Read More]

AIMS 2011 is all about envirocars and Better Place is an example. Better Place, GE and Renault Australia today joined together at the Australian International Motor Show (AIMS) [Read More]