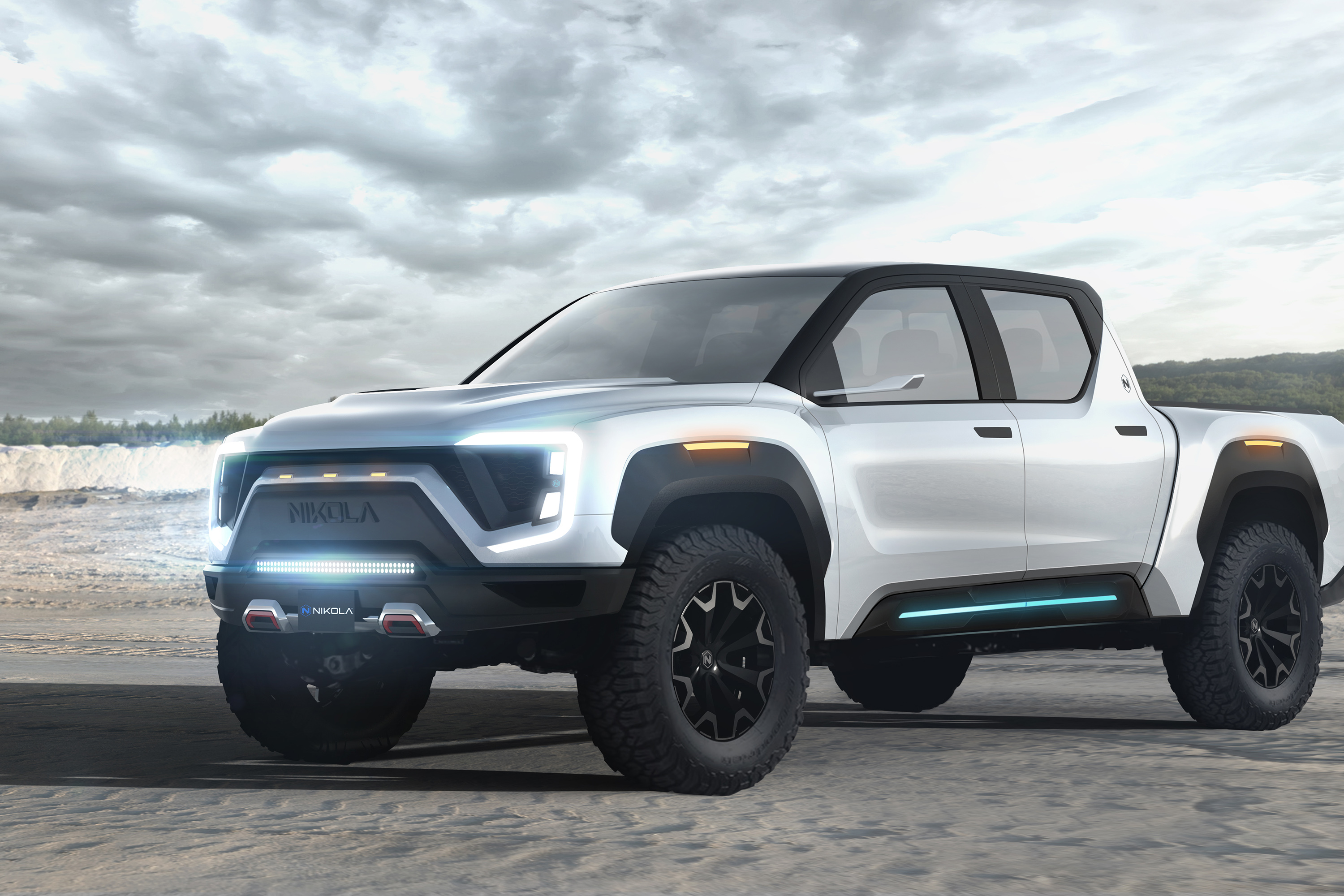 Badger – It has been said that only a ute powered by petrol and diesel can serve the great Australian outdoors.  But David Brown reports that the Nikola Motor Company has other ideas.

The Nikola Motor Company in the US has announced their Ute – the Badger.

It is a hybrid vehicle in the sense that it drives its four electric motors (one for each wheel) off both battery and hydrogen fuel cell technology.

Not directly using fossil fuels is not a problem.

They claim it will have peak power of 675 kw and peak torque of 1329 Nm and a range of 965 km (half from battery half from the hydrogen fuel cell).

It is due out in America in September. No price has been mentioned

This is the 4th week we have has the Mitsubishi Triton 2WD single cab tray back Ute and so far it has done nothing but impress us with its driveability and practicality. On a recent trip to Nelson Bay with over a tonne on board the Triton performed without hiccup. That trip alone was enough to sell me on the Triton as a tradie Ute. [Read More]