Audi RS7 Quattro Sportback is a glorious tribute to gangsters cars of old.

Audi RS7 Outside:- The alchemy begins with sexy looks.

The long, low Sportback continues harkens back to the halcyon days of the, Rover SD1. The low bonnet scarcely comes up to the knee. The bonnet is ribbed, the windscreen is raked., and the roof finishes at the pop-up spoiler on the rear hatch.

The 22” wheels that fill the bulging arches, but would look better in black.

The front lights do a little dance as they wake up. The LEDs are underlined by a series of bright white elements that form the DTRL.

Away from city lights, the laser/LED array can be really appreciated. The fold and dance in order to avoid dazzling anyone in front.

Rear light arrays extend the full width of the sleek rump. Elements dance across the arrays, sweeping back and forth, before coming to rest, ready for action.

The look and feel is a mix of a modern boutique hotel and “steam punk”, where materials like leather,  metal and carbon fibre create an comforting ambience .

Leather seating is heated front and back. There are climate controls for each row of seats too. The infotainment screen accesses where preferences can be set. Selections are confirmed by haptic feedback. Our car had the optional Bang and Olufsen audio system, topped by two cast aluminium tweeters rise from the dashboard as the ignition fires up. Their sound is a sensation.

Rear space is tight for such a large car. There is plenty of space for four on shorter trips, but a road trip might have those in the back needing to stretch often. The driver has an easy-access, with the seat and steering wheel sliding out of the way for ingress and ingress.

Fittings feel solid and well designed. The interior is comfortable, handsome, and stylish. 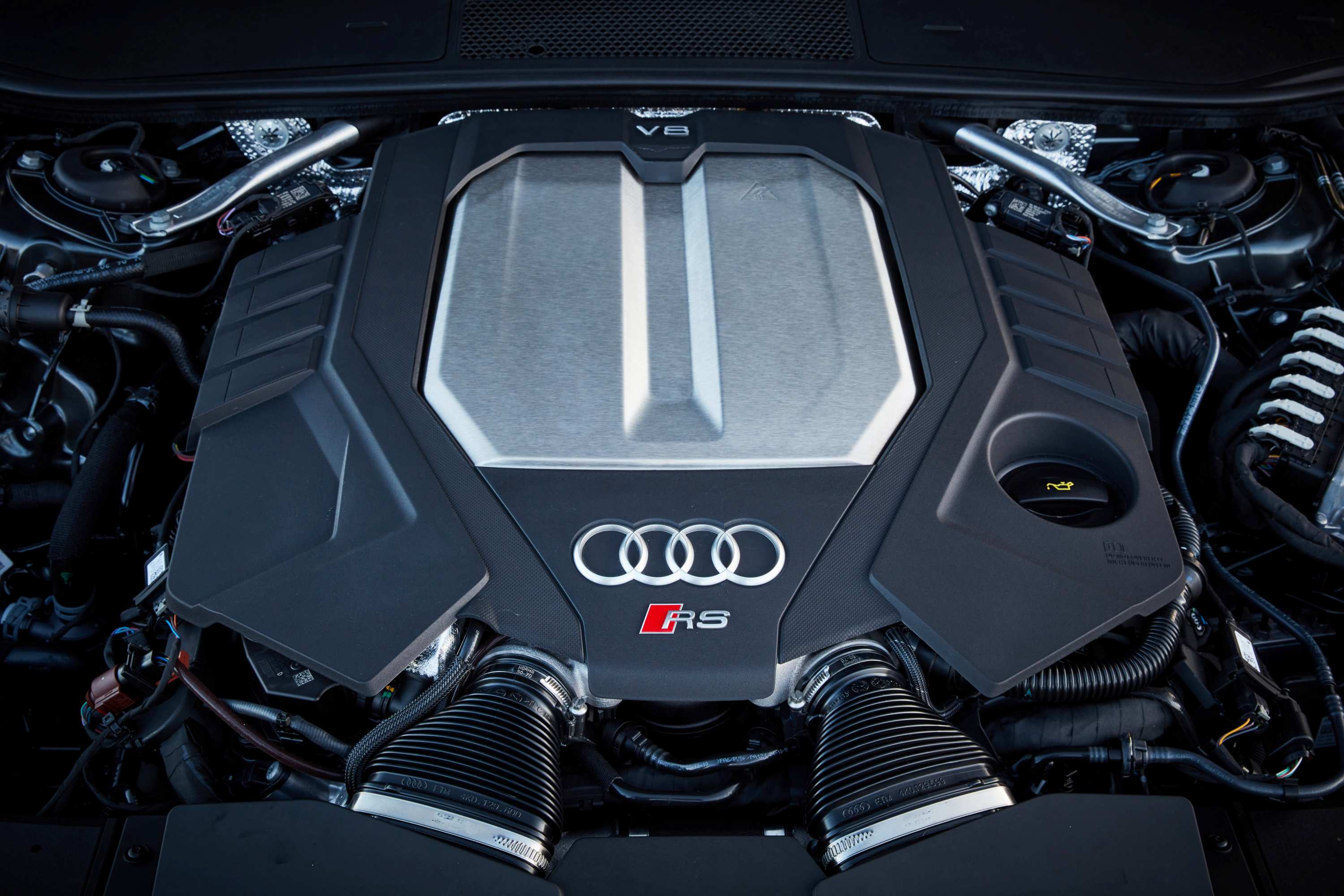 The 441kw V8 wakes sounds angry from the moment it is started. As you slip the 8-speed automatic into reverse, 360° cameras guide the All-Wheel-Steering with precision.

RS7 is incredibly smooth. 800Nm is instant, and builds as the revs rise, speed builds, and the RS7 works through its 8 gears. Drive modes has several options, including RS Mode.

Steering firms up, and the RS7 hunkers down as the suspension lowers. The engine throb turns to a crackle, and the gear changes become near instant.

Like all Volkswagen Group cars, a 2nd pull of the gear lever goes in to sport mode, but RS modes take things to a level of insanity that ought to be illegal.

Technology is unobtrusive.  Sensors monitor speed, lanes, and surrounding vehicles. The autonomous setting are only a few updates away from doing the trip driverless. Stop/Start will stop your engine at lights, but the engine will also go in to coast mode at speed. This saves on fuel.

The highway experience is 100% luxury, but it is corners that will have you reaching for the heart pills. The active suspension sorts out the body roll, and the steering is super-sharp.

If you’re so inclined, to can take your near 300-grand car off to the track, where it would show most punters a clean pair of heels.

You can expect around 10.5L/100k with judicious use of freeways. Combined is more like 100.6L100k, but a day of enthusiastic driving would drain you tank, and your wallet, with gusto. 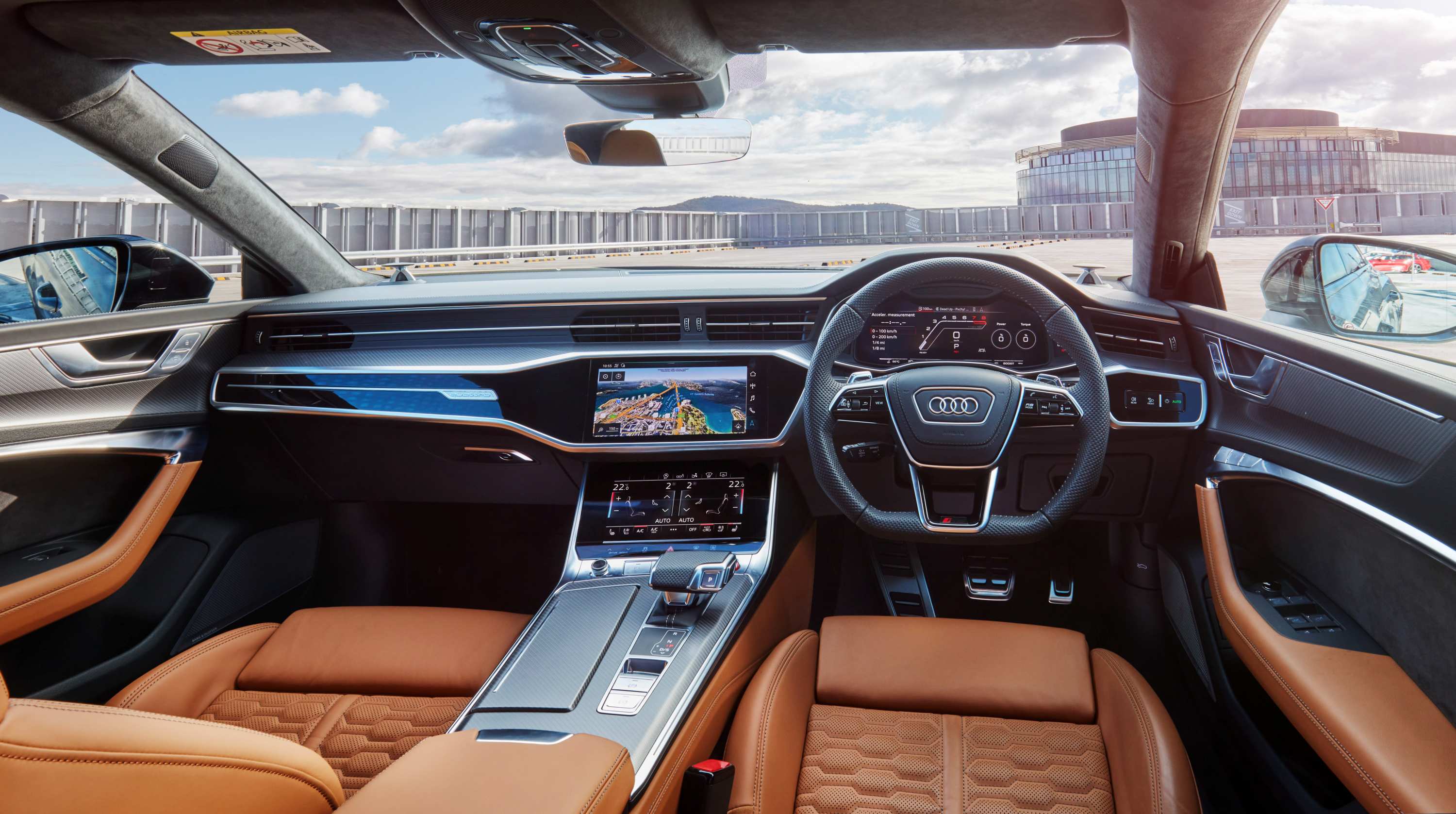 Safety is Front and Centre

The driver’s LCD instruments have an added HUD on the windscreen. There is a raft of airbags, fancy AEB, lane control and active blind spot monitor. The level of autonomy could well see RS7 driving itself, at least on the open road, with the right legislation.

You can’t take your eyes off the road though.

While the Audi is rather good at sorting out where it is meant to go, there are times when the auto steering deactivates. The driver aids are meant to assist, not replace good driving. 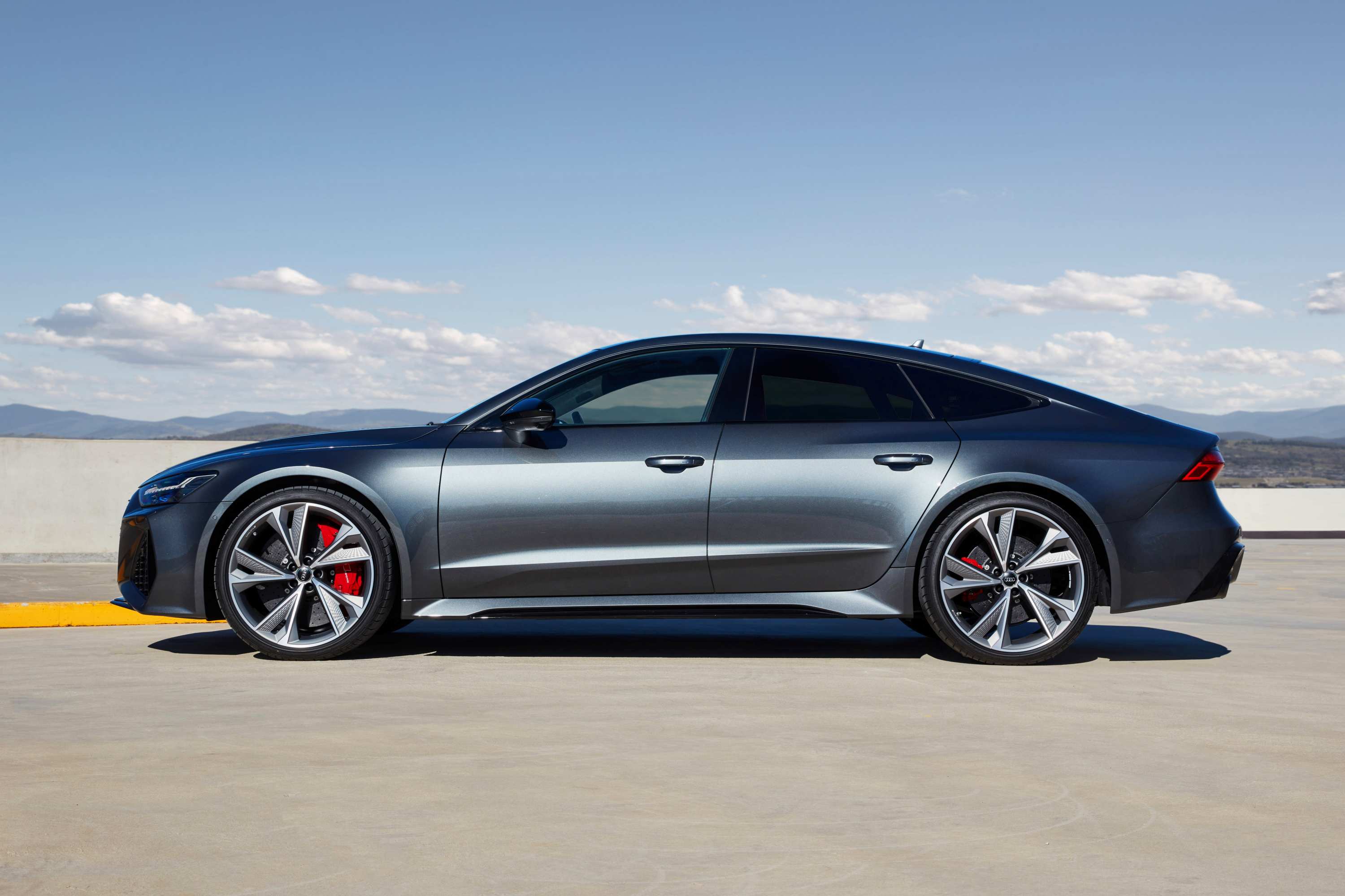 We loved it. We couldn’t get enough of it, and drove as little as two blocks, when the thought of leaving it at home to walk to Coles was too much to bear.

Audi RS 7 Sportback is expensive, powerful, and very easy to drive. It can be as calm or as manic as you desire. It is a shame that very few will experience RS7 in full flight.

About Alan Zurvas 107 Articles
Alan’s interest in cars began in his early teens and has been a member of several car clubs having owned a number of classic cars himself. He has a background in the corporate sector and has reviewed everything from restaurants to theatre and accommodation before settling on motoring. Alan is the founder of Gay Car Boys and is a contributor to AnyAuto
Website

Global automakers from the United States and Germany will demonstrate fast-charging technology that will enable the recharging of most electrified vehicles with compatible systems in as little as 15-20 minutes. Audi, BMW, Chrysler, Daimler, Ford, General Motors, Porsche and Volkswagen have agreed to support a harmonized single-port fast charging approach – called DC-fast charging with a Combined Charging System [Read More]