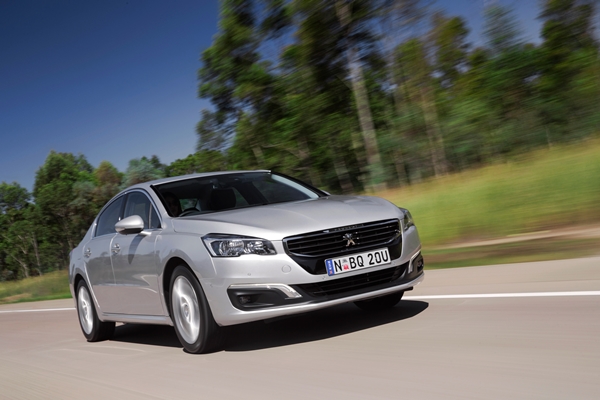 Earlier this year the Peugeot 508 rage received an update that made it one of the most value-packed options in its class. The middle of the range Allure received a boost in safety and overall specs all for $45,990RRP. In fact when I was at the launch of the updated 3008 and 508 ranges – I chose the 508 Allure as the pick of the bunch. So now I’ve had a chance to drive it a little longer, do I still think it’s such a good buy?

The 508 benefitted from a facelift resulting in a bold, executive stance with 18’ alloy wheels that showcases the best of European styling. Once inside though is when you reap the benefits of the Peugeot update. The cabin is adorned with quality materials in a streamlined, uncluttered design that has managed to fluently combine style and functionality. All occupants are catered for with quad-zone climate control and heated electric front seats with lumbar support. The one downside though is a lack of storage, particularly in the front seats. 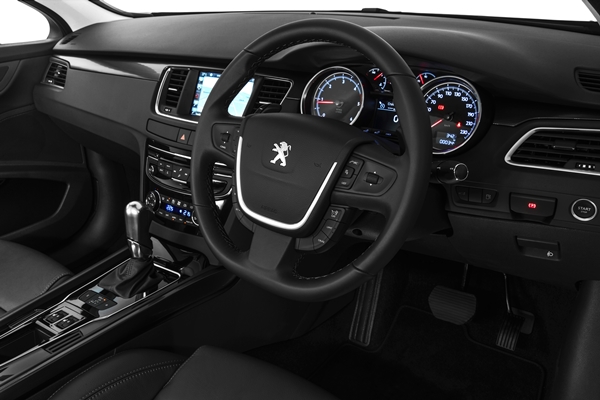 As a driver, all the information and instruments you need are clearly displayed and within easy reach, including the all-important satellite navigation. Keyless entry with push button start, electronic brake, cruise control with speed limiter, front and rear parking sensors, blind spot monitoring, reverse camera and rain sensing wipers all combine to ensure the drive is smooth, safe and effortless. A digital speedometer and multifunction digital computer are all housed in an easy to read drivers display and feature all the information you need including distance to empty, external temperature and warning messages.

The 508 Allure is powered by a 2.0L turbo diesel engine that produces 120kW of power @ 3750rpm and 340Nm of torque at 2000rpm. This translates into a drive that is responsive however a little on the stiff side and consumes just over 7L per 100km. For what it is going to be used for – city driving – it is very comfortable. I think what makes the 508 Allure such an enjoyable drive is the ease that comes with it. There is no fiddling, there are no unexpected responses – it simply does what it needs to efficiently and effectively. For those that want the added benefit of the colour heads up display standard in the GT model, the Allure has it as an option. 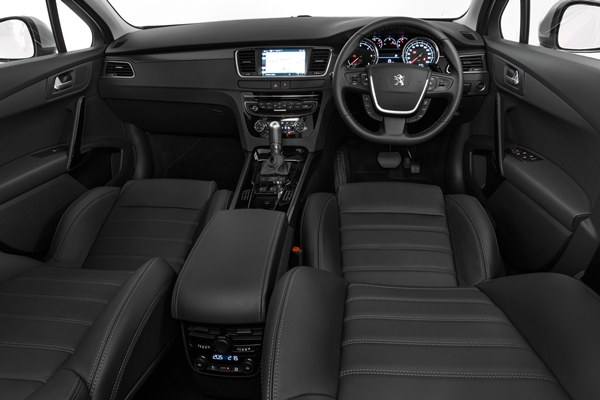 Your entertainment needs are more than catered for with a 7” multifunction touch screen system linked to an 8 speaker system with Bluetooth and USB connectivity and a whopping 8GB of storage for Jukebox and rich media. The Allure also features the innovative ARKAMYS audio processing system and steering wheel mounted controls. As always, it’s important not to get carried away with all the bells and whistles and remember that safety should always be your number one concern. Fortunately, Peugeot agrees and the 508 range all got the seal of approval from ANCAP with a 5 star rating. 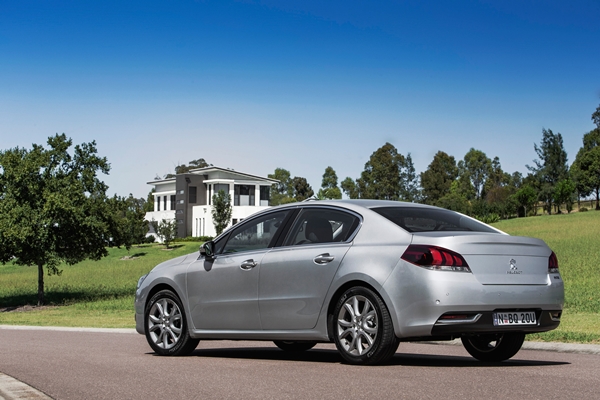 It is rather difficult to place the 508 sedan in today’s market. It is slightly more upmarket than the Holden Commodore or the Toyota Arion however it’s lower price point and lack of recognition removes it from competition with the likes of the Audi A4, Lexus ES or Mercedes-Benz C Class. However, rather than this making the 508 lost in the market – I think it is of great benefit. The lower end of the large sedan market is rather flooded and rightfully so Peugeot has aimed to position the 508 above this. It is now attractive to those who are looking for practicality, value and appropriate touches of luxury without the hefty price tag that comes with a more recognized luxury brand name.

Amongst the growing number of family seven seat SUVs on the market, Skoda snuck in the Kodiaq in mid-2017. It sits in a crowded and very competitive segment so how does it measure up. Rob Fraser tells us. [Read More]

With the updates in March 2011 the Škoda Octavia Scout retains all the positive qualities that makes it a favourite. These are AWD ability and safety, an absolutely huge boot space with versatility, a powerful but economical 2.0L TDi motor mated to a 6 speed manual and enough features to keep most people satisfied. [Read More]

Toyota’s Camry is on the verge of achieving two significant milestones – 22 consecutive years as Australia’s best-selling mid-size car and all-time sales of 700,000 locally built four-cylinder cars. New Year fireworks will coincide with Camry continuing an unbroken run that began in 1994 as the most popular car in its segment among Australian motorists. [Read More]