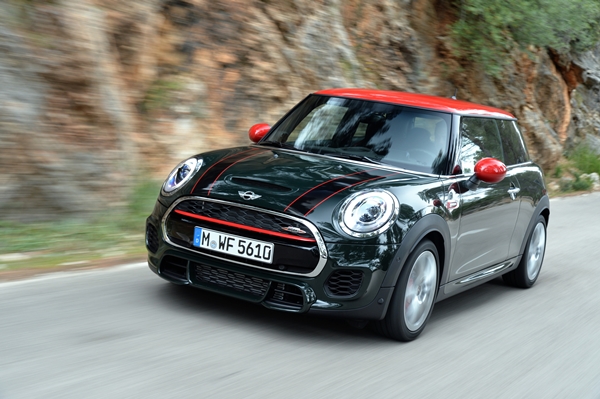 The new MINI John Cooper Works is the most powerful MINI to ever enter serial production, and it will roll into showrooms down under following its launch at the Phillip Island Grand Prix Circuit this week.

Priced from $47,400* MRLPin standard manual form, or from $49,950* MRLP with a six-speed Steptronic sports transmission, the latest edition of the MINI John Cooper Works honours the spirit of its nameplate and the brand’s considerable motor racing heritage.

Encapsulating MINI’s ‘serious driving fun’ ethos, the new MINI John Cooper Works has been created on the platform of the British manufacturer’s third generation hatch, and offers an enhanced chassis and increased size.

MINI Australia General Manager, Kai Bruesewitz, welcomed the arrival of the new MINI John Cooper Works, and commented that its arrival will inject further momentum into the brand following a record start to 2015. 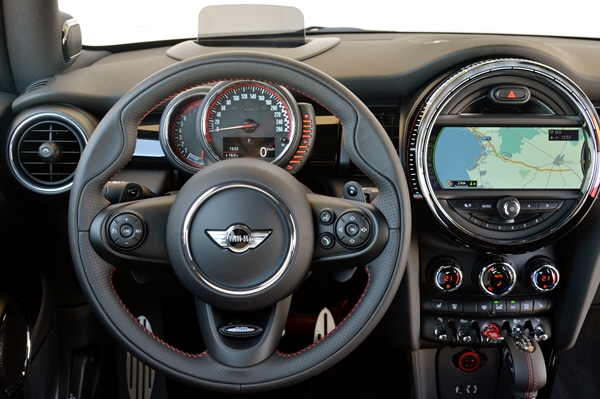 “The last 18 months have been an exciting time of change and success for MINI Australia,” Bruesewitz said.  “Our model range has undergone a period of renewal with the launch of a new three-door hatch, and an all-new concept in the five-door hatch.

“The new MINI John Cooper Works will provide a further boost, and we are confident it will prove a winner amongst an Australian public which has already demonstrated a genuine passion for dynamic performance cars.” 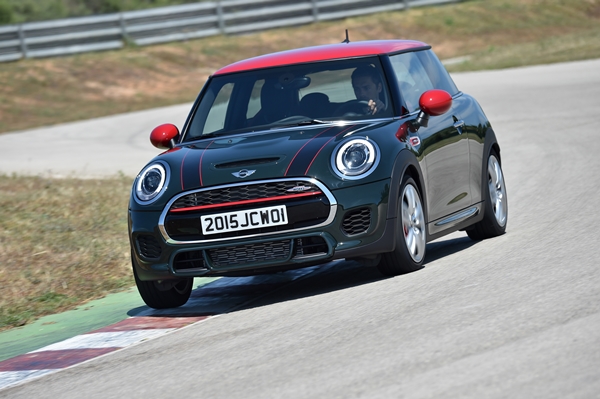 The flagship performance model of the MINI range features a 2.0 litre, four-cylinder TwinPower Turbo engine, producing 170kW and 320Nm of torque.  These figures represent a considerable improvement over its predecessor model, with power boosted by 10 per cent, and peak torque figure increased by 23 per cent.

A broad power and torque band optimises elasticity, motoring from 80-120km/h in just 5.6 seconds. The 10 per cent improvement in rolling acceleration is a firm demonstration of its track-inspired and race-ready athleticism. 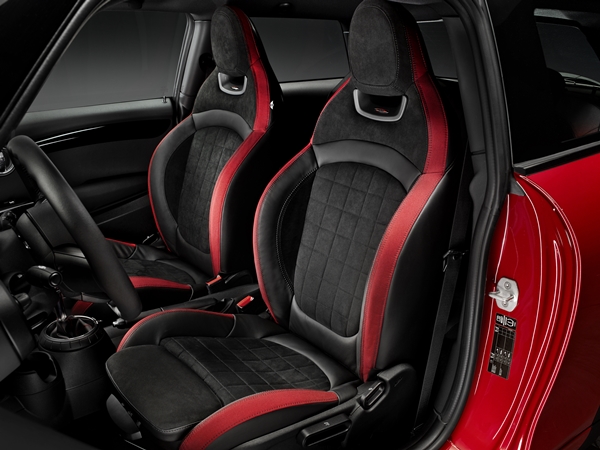 The new MINI John Cooper Works brings an impressive improvement in fuel consumption. The six-speed Steptronic gearbox is almost 20 per cent more efficient than its predecessor model, consuming fuel at a rate of 5.8 litres per 100 kilometres and emitting 134 grams of CO2 per kilometre. The manual transmission also offers improved economy, with average fuel consumption and CO2 emissions figures in the EU test cycle of 6.7 litres per 100 kilometres, and 156 grams per kilometre. 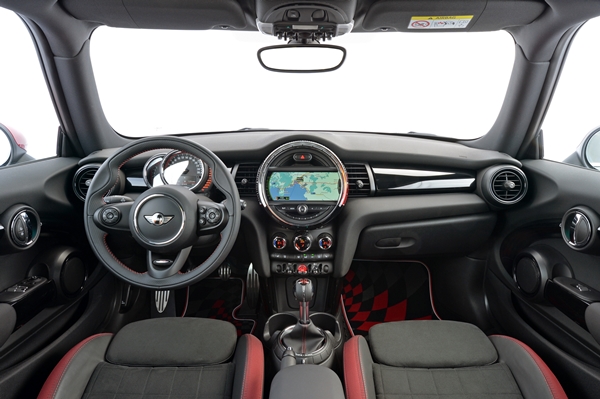 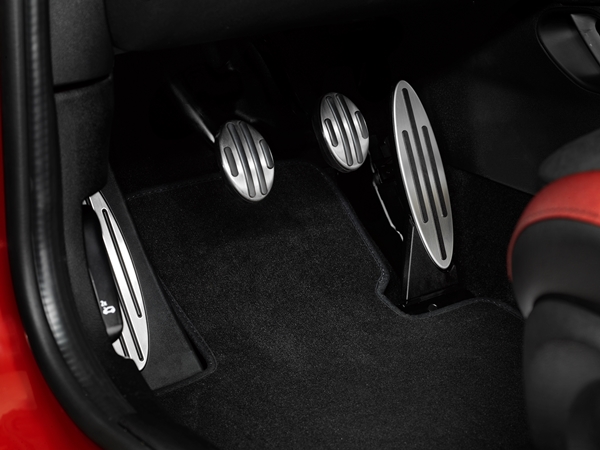 Significantly enhanced standard specification ensures the superiority of the new MINI John Cooper Works over its predecessor isn’t restricted to its sporting potential and engineering, providing compelling value for such a versatile performer. 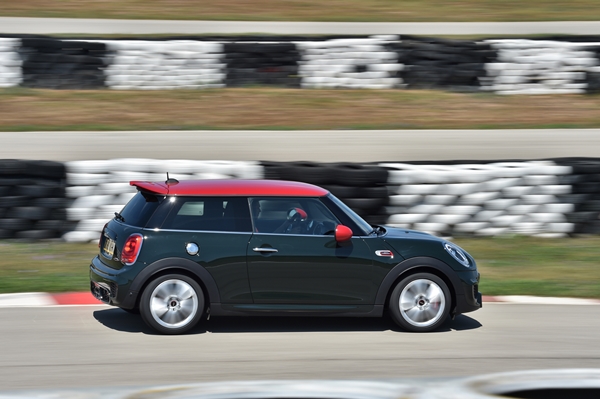 Model specific sports seats with Dinamica and Cloth upholstery characterise the interior which is accented by a black chequered trim in standard specification.

The features of the MINI navigation system Professional include an 8.8-inch version of the on-board computer and MINI Touch Controller with touch-sensitive surface.

LED headlights, extended Bluetooth with armrest, and MINI Driving Modes – which can influence the characteristic curves of the accelerator, steering and engine acoustics in MID, SPORT and GREEN modes – round out the standard options.

All current MINI vehicles have a service scheduling system called Condition Based Service (CBS) which identifies the condition of a vehicle based on actual use, realising the full potential of a vehicle and minimising costs.

Under the CBS system, sensors and advanced algorithms monitor and calculate the conditions in which the vehicle is used including mileage, time elapsed since the last service, fuel consumption and how the vehicle is driven. The information captured is used to determine the vehicle’s maintenance requirements, identifying that either an annual vehicle inspection or an oil service is due. 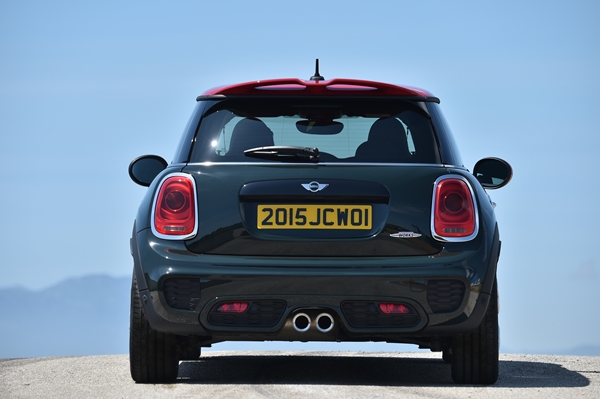 * Manufacturer’s Recommended List Price is shown and includes GST and Luxury Car Tax (LCT) – if applicable, but excludes dealer charges, stamp duty, statutory charges and on-road charges, which are additional and vary between dealers and States/Territories. Customers are advised to contact their nearest BMW dealer for all pricing inquiries.

Hello and welcome to Overdrive, a program that ponders the philosophical and the practical aspects of motoring and transport. [Read More]

The fourth, redeveloped generation of the mid-engine sports coupe has a more striking, athletic and efficient appearance. Just a few weeks after the debut of the new 718 Boxster, the new 718 Cayman is extending the new model series. [Read More]