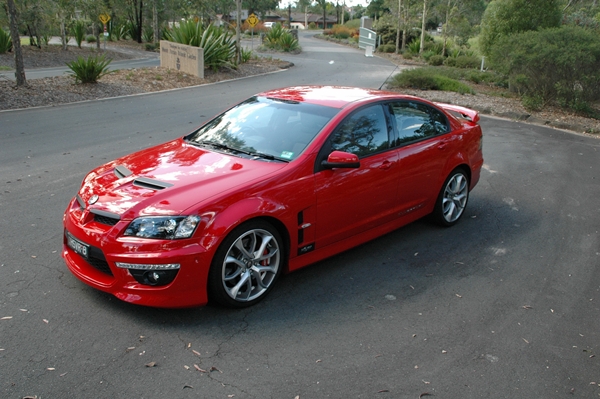 It’s not very often that we get a car that I will go out of my way to get for a drive, but the other day one came in and I convinced Rob to let me take it on my clubs Christmas run. It was a HSV Clubsport R8 fitted with the LPI (Liquid Propane Injection) system (meaning LPG) and didn’t I have some fun. 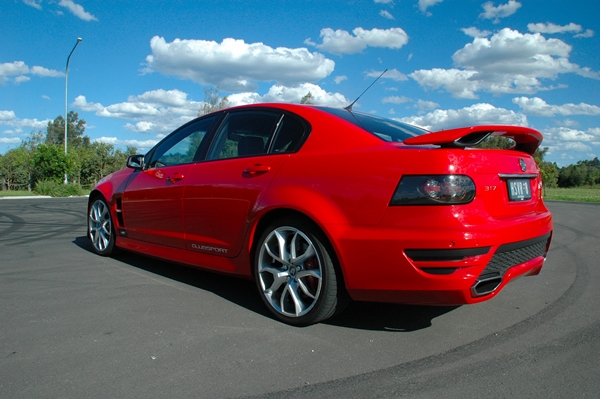 This car looks the part with its aggressive styling and low stance and the meaty burble at idle sounds great. The nostrils in the bonnet tie in with the grille and the flutes in the guards to let you know it means business while the rear spoiler and bar give the back a tough symmetrical look. Again HSV have come up with a nice set of rims to go with the whole package and if they aren’t to your liking then there are two other options you can fit from their catalogue.

Inside the R8 is very purposeful with the few buttons being unobtrusive. Most of the features are controlled through the touch screen with the usual dials and buttons on the steering wheel to access the basics. Through the touch screen you can access the stereo, navigation, all the settings for customisation of the vehicle to set it up how you like it (including the exhaust) and finally the telemetry system. 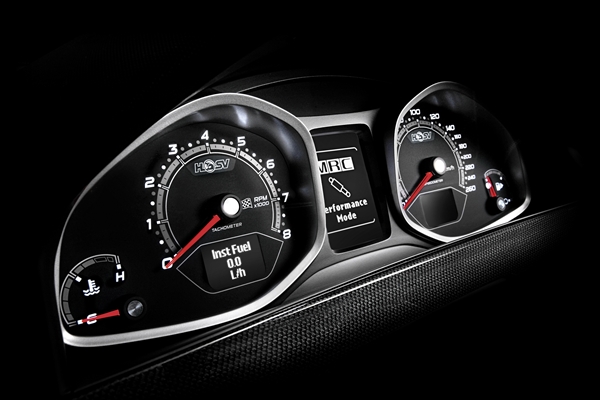 At first I thought this was a bit of a gimmick but after some playing around I found that it is actually quite a useful tool if you are going to race your R8. Especially considering you can download the data onto a flash drive and store it on your computer to compare against your previous outing.

On a side note the navigation has all the major tracks in Australia programmed into it. Not having time to go to a track and test the system out I had to make do with seeing how high I could get the G-Force meter to climb while throwing it around, that was fun. 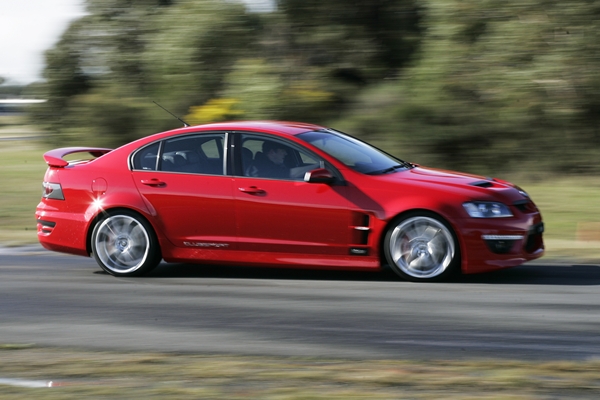 Performance wise this has heaps of power. The 6.2L Gen 3 puts out 317kW and 550Nm of torque, when you stand on it the R8 squats down and blasts off throwing you back into the seat. The car on test was fitted with the optional 6 speed auto with active select and while this was excellent for straight line performance I found it to be a bit lacking when trying to throw the R8 around through the corners. 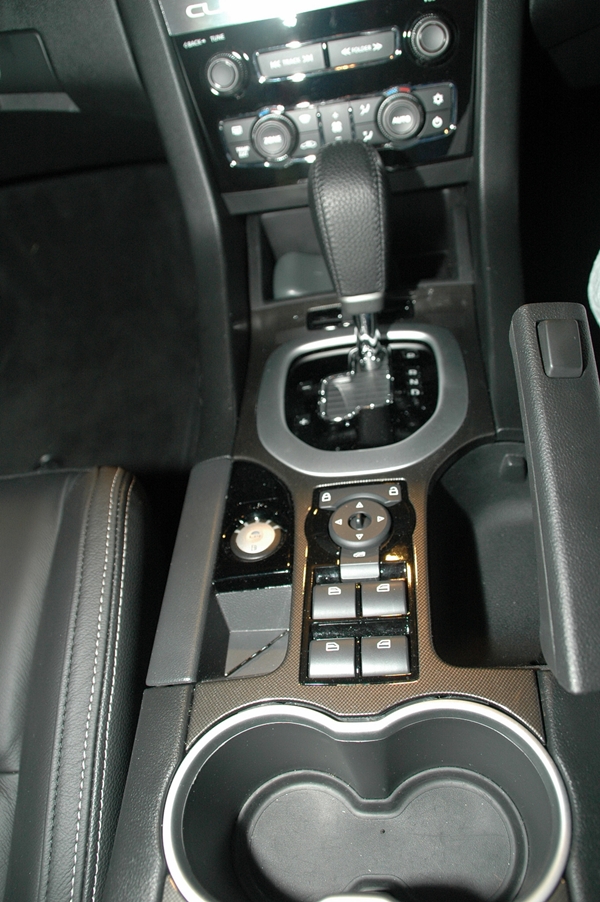 In sports mode it experienced a bit of lag while trying to sort out what gear it should be in and when shifted manually the changes weren’t instantaneous but no sports autos are. Personally I would go for the manual as this is designed primarily as a track car.

The exhaust at idle is meaty as I mentioned before but as you accelerate it quietens noticeably unless you mash your right boot to the firewall when I howls like a banshee. This is due to the bi-modal mufflers that are fitted. Personally I would prefer it to howl like a banshee all the time but I can see that getting you into trouble with the constabulary easier. It does make cruising a nicer experience though as you don’t have to yell at each other to be heard.

The ride over the week that I had the R8 for was good. The suspension is a good compromise. When you are cruising around the springs and shocks don’t work hard enough to make the ride unbearable but when you start throwing the HSV around they start to respond better as they compress more. The only issue I found was a slight tendency towards understeer when the auto got caught out midway through a corner and changed when it should have held on.

Sitting in the seats I found them comfortable on the firm side with high bolstering to keep you from sliding around. Even the rear seats are slightly bolstered though I can’t figure out why you would want to be pushing the limits with four people in the car. The driver’s position offers heaps of adjustment being based on the commodore platform and I’ve always been able to get comfortable in these.

The climate control copped a workout as the weather was a bit on the hot and humid side and I coped well as you would expect. The stereo is on par with what I would expect in a vehicle that is built for track use. It has all the features you would expect, Bluetooth, USB and mp3 and sounds good to.

Safety wise the HSV has all the usual airbags and stability programs (stability also has a track mode to let you hang it out a bit) along with proximity sensors. I found this to be a useful feature as it lets you know when someone is in your blind spot by beeping and showing a red light in the corner of the windscreen that corresponds to the side that the offending vehicle is on. 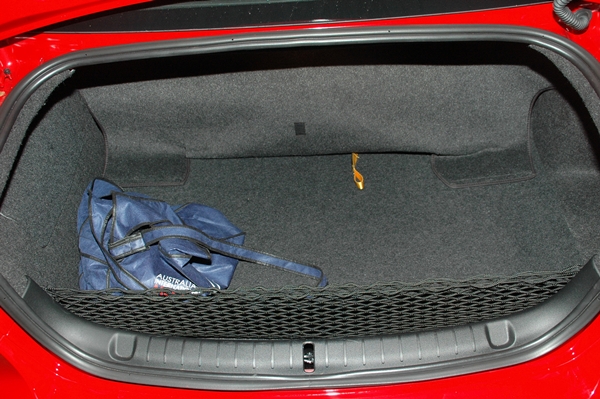 The downside of the LPI system is a restricted boot space. Its not quite as spacious as you would expect for this size of car andit is restrictive if your intentions are to use the Clubsport as a Tourer

You can tow with your HSV but I wouldn’t bother fitting a tow bar as I think it detracts from the look of the car and they frown on towballs at the track.

What’s Not So Good 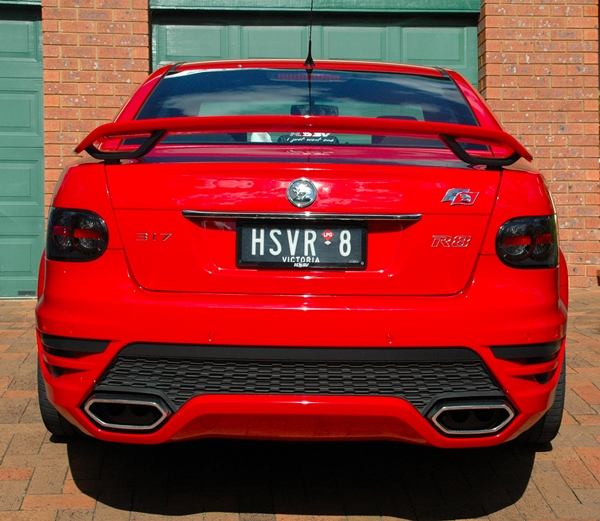 Over all I enjoyed my drive in the HSV Clubsport R8. It’s a track orientated car that you can comfortably drive to work, pick up the kids and blast around the circuit or strip in, just don’t try to do the weekly shopping as the boot is filled up with the LPG tank.
If you want a big power rear wheel drive car that won’t cost the earth then this might just fit the bill.
The HSV Clubsport R8 has a MLP of $75,600 as tested with the optional auto and LPI system. 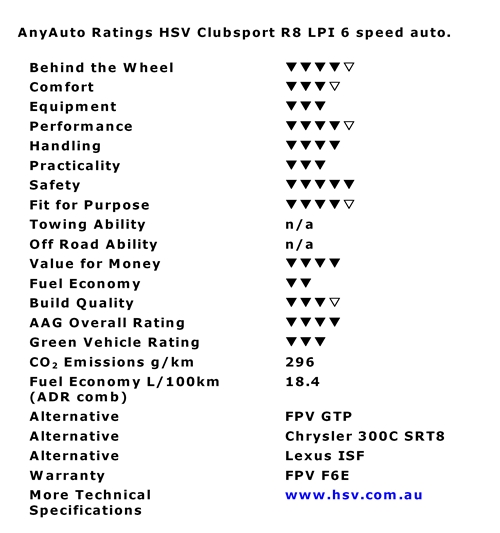