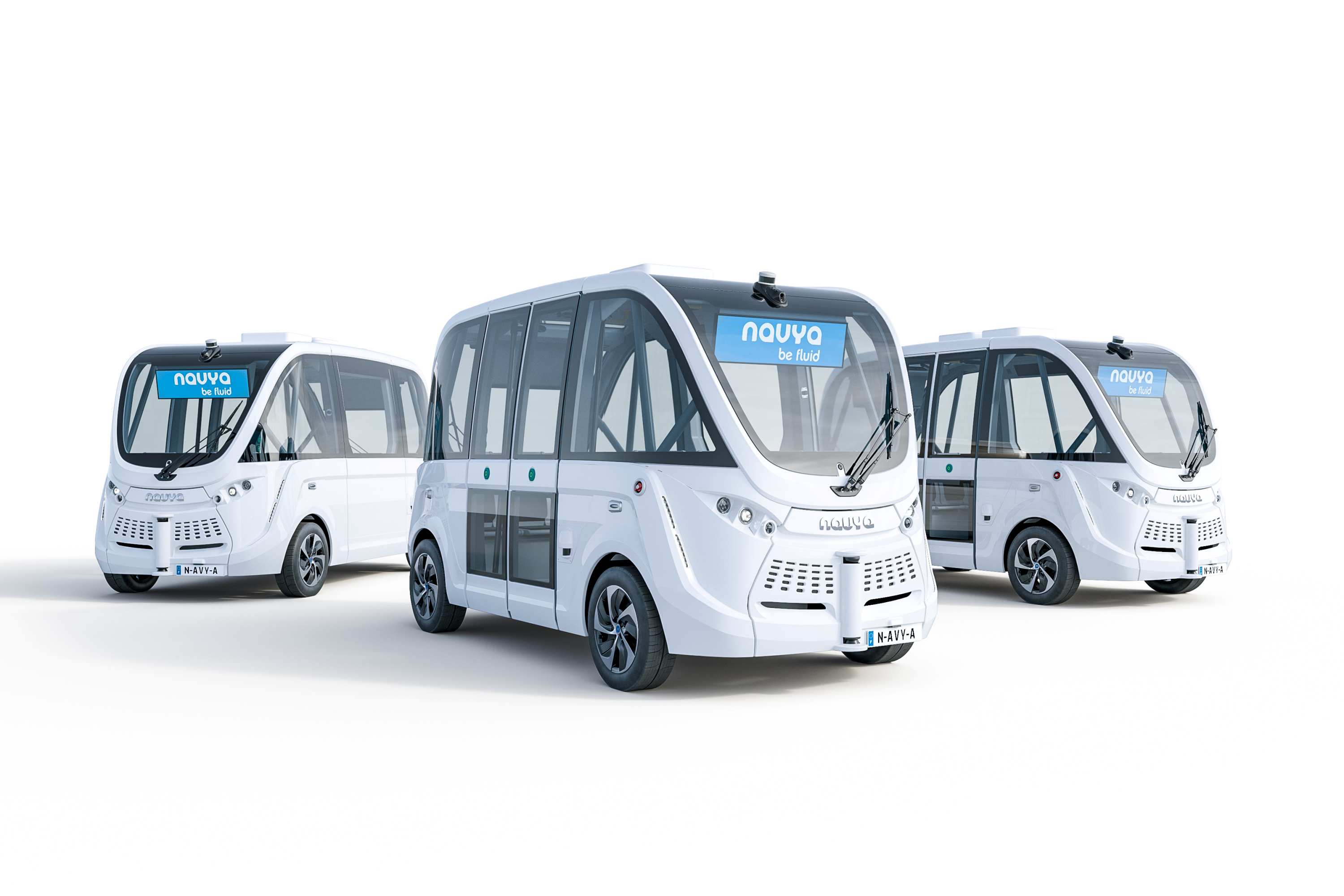 Since 2015, NAVYA has been using Velodyne lidar sensors in production for its autonomous shuttle fleet that provides mobility services to cities and private sites.

Velodyne Lidar, Inc. today announced a multi-year sales agreement with NAVYA, a leading company in autonomous driving systems. Since 2015, NAVYA has been using Velodyne lidar sensors in production for its autonomous shuttle fleet that provides mobility services to cities and private sites.

NAVYA plans to pursue the worldwide expansion of its shuttle with Velodyne’s state-of-the-art sensors for precise real-time localization and object detection. The NAVYA autonomous shuttle fleet offers effective first- and last-mile transportation solutions, with optimized navigation and safety features. The shuttles use advanced guidance and detection systems and are enhanced with deep learning technology.

“We are continuing our partnership with Velodyne Lidar because their technology enables us to place autonomous shuttles on the road today,” said Jérôme Rigaud, COO, NAVYA. “Our successful five-year experience working with Velodyne’s lidar solutions has proven that they provide a key component in our sensor kit needed to help move our fleet to the mass deployment stage.”

NAVYA is a leading French name in the autonomous driving systems. With 280 employees in France (Paris and Lyon) and in the United States (Michigan), NAVYA aims at becoming the leading player for the supply of autonomous driving systems for passenger and goods transport. Since 2015, NAVYA has been the first to market and put into service autonomous mobility solutions. The AUTONOM® SHUTTLE, main development axis, was launched in September 2015 and 160 units have been sold as of 31 December 2019, notably in the United States, France, Germany, Switzerland, Japan and Australia. The AUTONOM® TRACT is dedicated to goods transport. Created in 2014 with the support of Robolution Capital, investment fund managed by 360 Capital Partners, his reference shareholder, NAVYA’s shareholders also include the Gravitation fund and Paris Region Venture Fund (Région Île-de-France) managed by Cap Decisif Management as well as Valeo and Keolis groups.