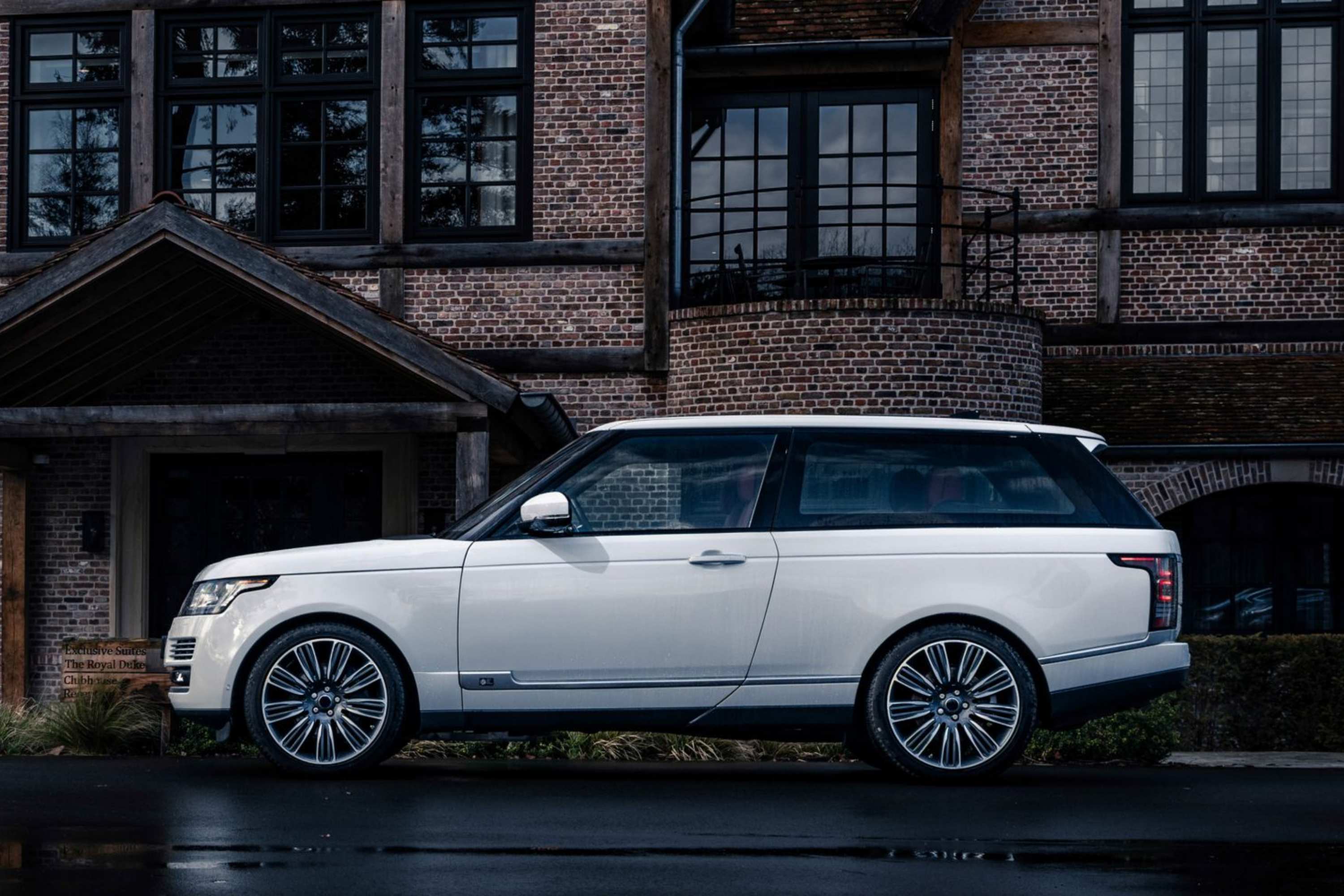 Niels van Roij Design, unveiled Adventum Coupe. The design studio has designed this 2-door model based on the world’s best SUV, equipped with 5.0 Supercharged V8 and has also overseen the construction process.

Designer Niels van Roij: “The original, first generation of this British icon was launched in 1970 and is exemplary automotive design work”.

When the SUV was introduced, it was only available in a two-door body until 1981, when a 4-door version was introduced. The flagship model of this ultimate four-by-four is now in its fourth generation, which was never produced as two-door in this generation.

“The bespoke Adventum Coupe is a real design statement with a distinctive, custom-made aluminum bodywork, built by coachbuilder Bas van Roomen. Unique personal ideas can also be added to the hand-produced exterior, such as subtle ventilation openings in the fender and the bonnet. The interior can be equipped with the finest materials. Van Roij explains: “In a co-design process with the future owner, we shape exterior and interior. We process the finest materials, such as Tweed, teak and lambswool. We make it so personal that even the favourite pinstripe from the owner’s suit can be incorporated into the interior. ”

The construction of the first Adventum Coupe has now been completed. According to Van Roij, every coachbuilt commission will be carefully composed: “If desired, each Adventum Coupe can have striking materials and colour schemes for both interior and exterior: Everything is possible: from unique fuel filler caps, duotone exterior paints, highly polished wood on the dashboard, personalized tread plates to colour-matched leather in chic patterns. Even refined embroidery is a possibility.”

The body panels of Adventum Coupe, hand-beaten in aluminum by Van Roomen, differ from the A-pillar to the C-pillar, compared to the mass production model on which the car is based. Only the bonnet, fenders and boot lid are shared with the regular car. The front door has been completely redesigned: the previously existing vertical imitation ventilation openings are not returning in the design of Adventum Coupe. “Because: form follows function.” says Van Roij. “This new look visually extends the car. The shutlines of the door actively contribute to a more elegant side view. The interior has also been largely redesigned due to the major changes to the exterior. ”

The first example of Adventum Coupe is painted in Artic White and has a red leather interior. The luxurious character of Adventum Coupe is further underlined by the dashboard finished with black piano lacquer and the two separate, electrically operated captain chairs in the rear, instead of a regular rear seat. On this car, the newly designed and hand-constructed door panels feature a combination of black and red nappa leather. The tailor-made character is further underlined by the door pocket upholstered in red leather. The two door handles on the door panel are also unique: one for the front passenger, the other for the rear passenger.

The entire floor of this Adventum Coupe is equipped with handmade teak: from the front seats to the trunk. In consultation with the buyer, Niels van Roij Design has chosen to apply a very special, white finish between the teak elements, in contrast to the regularly used black. The white lines combine tastefully with the exterior paint.

In addition to the teak floor, with embossed red leather handle, the trunk has two hand-stitched black-red umbrellas. The handle and runner of every umbrella have the same red leather as is used in the interior and “Adventum Coupe” is subtly embroidered on the tie-wrap.

The prices for the Adventum Coupe start from € 270,000, excluding taxes, for the 525hp 5.0 Supercharged V8, depending on the base vehicle and individual design requirements. Construction will start after a deposit of € 50,000. The coachbuilt process of Adventum Coupe takes at least 6 months, depending on tailor-made options and specifications. Those interested in this special SUV can contact Niels van Roij Design.

Niels van Roij is a Dutch car designer. He studied at the prestigious Royal College of Art, worked from London for various leading car manufacturers. Van Roij now focuses exclusively on automotive design for coachbuilding: the development of exceptional, hand-built cars based on existing chassis.

Bas van Roomen is a Dutch coachbuilder who does like a challenge as an autodidact. He only works for large collectors and high-end restoration companies. He is the only one in The Netherlands who spends a lot of time and energy building modern coachbuilt cars such as the Breadvan Hommage, Adventum Coupe and the 612 shooting brake.

About Rob Fraser 1364 Articles
Rob Fraser – General dogsbody & Director Rob is the founder of the business. He constantly mutters something about way too many red wines one evening being to blame. Often known for taking the 4WD in the driveway over the sports car, he has travelled pretty much everywhere in Australia and when he is bored goes for a drive. He first learned to drive on the farm in a left hand drive WW11 Jeep when he was 11, and was hooked on 4WDriving way back then. In addition to 4WD he is an avid motoring enthusiast and has maintained a strong interest in the industry ever since his teens. He has owned way too many cars in his time as well. Having previously lived at the top of corporate life he retired in 2000 and hasn’t put a suit and tie on since. Cars are his passion so why not have a business doing what you love he figures. He has towed either a caravan or camper trailer to most parts of Australia, has run guided tours for camper trailers’ and instructed drivers in off road towing.
Website