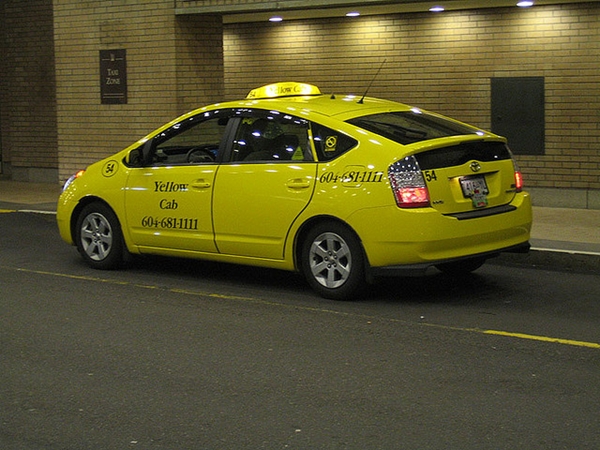 We have arrived in Vancouver and the first thing we noticed was that all the taxis are Toyota’s and over 2/3 of them are the Prius. Have you ever tried to fit luggage for three people, especially two teenage girls into a Prius and then squash a 6 foot three inch bloke in the front. Squishy isn’t quite the word for it.

The Prius Taxi though we had was 6 years old, had over 850,000km on the clock and drove pretty good. The driver had replaced the brakes and the batteries, with those from a wreck and he couldnt rave enough about it. He has had absolutely no problems with it and he reckoned that it was heaps cheaper to run than his last taxi. His next taxi which he has already bought is the Pruis 3 and he was keeping the exisiting taxi as a runaround for his wife (with 850,000km on the clock).

The other thing you notice is not only the abundance of Prius taxis but the general public has adopted them as well. They are everywhere, along with Honda Insights.

Vancouver is an energy concious city with the sky rail busses running on electricity and I have to say effeciently and clean.

Surprisingly though there are few big american pick up trucks here.

Like Honda Cars? Well maybe the Honda Insight is worth a look. Not only is this hatchback fuel efficient but it is fun to drive and great value. [Read More]

Honda Australia’s range of hybrid vehicles, which currently comprises the Insight, Civic Hybrid and award-winning CR-Z, is set to grow with the launch of the new Jazz Hybrid that will arrive in Australia in early 2013. [Read More]

Toyota’s Prius, now in its 3rd generation is the poster car for the Environmental movement. The Prius i-Tech is the top model in the range [Read More]