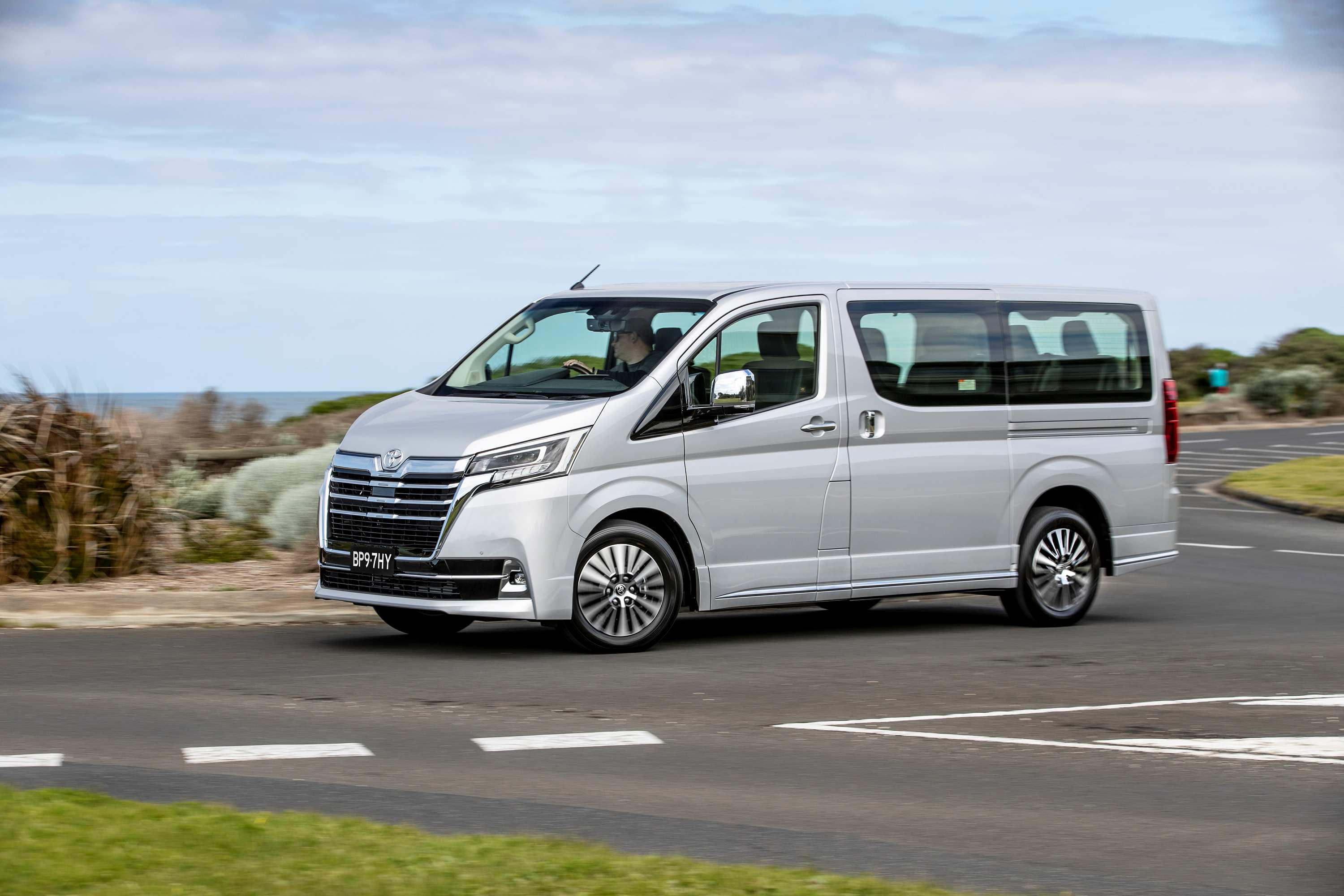 Toyota Granvia VX – What car do you buy if you have a lot of people to move around but want to do it in luxury? There are a few choices and Rob Fraser tells us about one he has just driven.

Toyota launched the Granvia late in 2019, based on the Hiace platform, with the same diesel engine and 6 speed transmission but revised suspension for a smoother ride.

Granvia is aimed at high end hospitality, family and corporate buyers. With a choice of six or eight seat versions, the six seat version provides the best balance between room, luxury and practicality.

Would I buy one for a family, definitely yes, it has a few limitations but the level of luxury will have your kid’s friends wanting to get a lift everywhere.

Priced from just under $75,000 plus the usual costs it is expensive but definitely different.

About Rob Fraser 1441 Articles
Rob Fraser – General dogsbody & Director Rob is the founder of the business. He constantly mutters something about way too many red wines one evening being to blame. Often known for taking the 4WD in the driveway over the sports car, he has travelled pretty much everywhere in Australia and when he is bored goes for a drive. He first learned to drive on the farm in a left hand drive WW11 Jeep when he was 11, and was hooked on 4WDriving way back then. In addition to 4WD he is an avid motoring enthusiast and has maintained a strong interest in the industry ever since his teens. He has owned way too many cars in his time as well. Having previously lived at the top of corporate life he retired in 2000 and hasn’t put a suit and tie on since. Cars are his passion so why not have a business doing what you love he figures. He has towed either a caravan or camper trailer to most parts of Australia, has run guided tours for camper trailers’ and instructed drivers in off road towing.
Website

The Opel Zafira Tourer is set to arrive in Opel Showrooms nationally in mid-2013. More information including full price and specifications for the vehicle will be released closer to launch. [Read More]

LandCruiser is fit for a family. At a pinch, it will do the “people mover” role nicely. Off-road credentials are borne out by the fact that businesses wanting something super tough for mine, or construction sites will choose LandCruiser. [Read More]