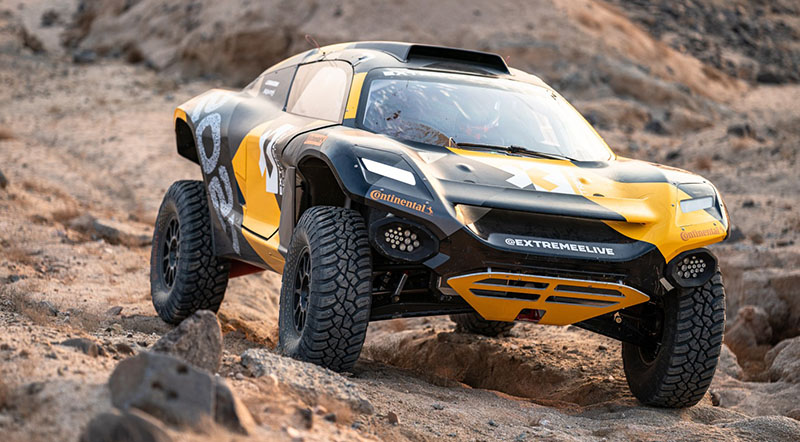 The motorsport calendar in 2020 was affected by the pandemic but managed to pull through. In 2021, the sports industry has devised ways of ensuring the sports action continues, albeit under strict health restrictions.

However, there are no clear indications of when the fans will be allowed back to the stands. Luckily, they can follow the action online as they can also enjoy online casino games on JackpotCity Casino. Here are some events you should look forward to in 2021.

Jimmie, a seven-time NASCAR Cup champion, left NASCAR for Ganassi Racing IndyCar ride. In his new deal, fans should expect to see him race in a 13-race schedule comprising street and road circuits in the NTT IndyCar Series. Jimmie will also take part in the Cadillac DPi in the Rolex 24 at Daytona. It will be his eighth Rolex appearance.

Fans will see Alonso back at the F1. He will race at Renault, a mid-pack team that finished fifth in 2020’s F1 Constructors’ Championship. Fans don’t remember much about Alonso’s performances as he last reached the podium in 2014. Commentators don’t know what to expect from the 40-year-old racer. It will be interesting to see what he is up to in 2021.

Will NASCAR launch their next-generation car in 2021? Fans have seen glimpses of the next-gen car in several test sessions. The motorsport industry is anxiously waiting for the finished product. It is a significant event that everyone is looking forward to.

6. The Return of Kyle Larson

Kyle Larson, a NASCAR veteran, will make a return in 2021. He was suspended after he let a racial slur slip in the virtual race in early 2020. However, NASCAR has lifted his suspension, and Hendrick Motorsports have given him a chance for a fresh start in 2021.

On March 28, the NASCAR Cup Series will get dirty at Bristol Motor Speedway. This will be the first time the Cup Series race is on dirt since the race t the North Carolina State Fairgrounds at Raleigh, N.C., back in 1970. 1970 Raleigh dirt-race winner Richard Petty is among the dissenters of this move. He argues that NASCAR worked hard to get rid of the small-venue, dirt-track image.

Fans are wondering whether this will be the year Hailie Deegan makes her mark on the big stage. She finished third in the ARCA Menards series in 2020. At 19, Deegan has made a move to NASCAR Camping World Truck Series together with the DGR-Crosley race team and Ford. Fans are waiting for the next Danica after the old Danica left NASCAR Cup Series in 2018 after crashing out halfway.

Fans will be behind Bubba Wallace and his new 23XI Racing alliance with Michael Jordan and Denny Hamlin. It will also be interesting to watch how Hamlin’s interest in the new racing operations takes away from his performances on the cup series track. Wallace’s car will be a fifth Joe Gibbs Racing entry making him competitive from the onset.

2. More Airtime for the W Series

The W series hit a snag in 2020 due to the pandemic. But it returns in 2021 on a bigger stage. This time around, the race will be run as a support race on eight Formula 1 weekends. Among the F1/W Series, weekends are the October 23 W Series at Circuit of the Americans in Austin, Texas. Jamie Chadwick will be defending her championship.

In 2020, Hamilton dealt with some records. He surpassed Michael Schumacher’s all-time F1 wins and matched his seven world championships. There are no significant changes in the cars and the regulations in 2021. Therefore, fans cannot rule out the prospect of Hamilton’s number 8!

What’s new this season for the Supercars Championship?

June 7, 2019 Pete Wilson Motorsports Comments Off on What’s new this season for the Supercars Championship?

The Supercars Championship is past its halfway point with 14 races already having happened and 10 remaining. So far, Scott McLaughlin has positioned himself as the undisputed leader on the scoreboard, running the highest chances for the ultimate win, with his teammate Fabian Coulthard right behind him [Read More]