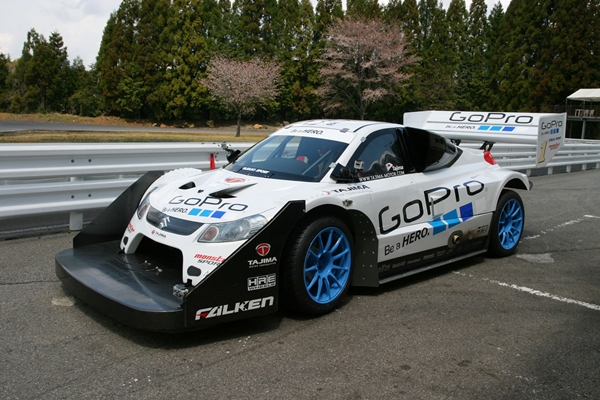 Suzuki rally legend Nobuhiro ‘Monster’ Tajima has returned to Colorado to defend his title as King of the Mountain at the world famous Pikes Peak International Hill Climb.

Monster has been a fixture at the world famous event since 1988 and has now won the unlimited division a record ten times – all behind the wheel of Suzuki vehicles.

This year he will be behind the wheel of his SX4 race car, aiming to maintain an unbeaten run that began in 2003.

After exhaustive tests in his wind facility, Monster’s 2011 SX4-based special underwent significant aerodynamic changes to adapt to the modified road surfaces for this year’s race.

And further development of his turbocharged 2.7-litre V6 engine – now measuring just over three litres’ capacity – has resulted in the SX4 special producing a phenomenal 680 kW of power and 890 Nm of torque.

The race is run on a 19.9 kilometre-long course with 156 turns that begins at an altitude of 2860 metres and finishes at the 4300 metre summit of Pikes Peak. The dramatic rise in altitude robs engines of 30 per cent of their power at the summit and competitors employ special oxygen breathing apparatus to combat the changes in air pressure.

More than 150 drivers will take part in the 2011 Pikes Peak challenge, spread out among 18 classes. Monster holds the all-time course record with a time of 10 minutes 1.41 seconds set in 2007.

Lexus has unveiled a modified IS F sedan that will race at the legendary Pikes Peak International Hill Climb next month.
Known as the IS F CCS-R, which debuted at the Tokyo Auto Salon in 2010, it features a number of modifications from the standard IS F road car to enhance performance and satisfy racing safety regulations. [Read More]

Bentley Motors is set to attempt to break the outright production car record at the world-renowned Pikes Peak International Hill Climb (PPIHC) with the new Continental GT later this month. The current record and time to beat is 10:26.9. [Read More]